Accessibility links
In 'The Brontes,' Details Of A Family's Strange World Juliet Barker has released a new edition of her landmark 1994 biography, The Brontes. Critic Maureen Corrigan says that even the 136 pages of footnotes are "thrilling," as readers are taken "deeper into the everyday realities" of the Brontes' "strange world." 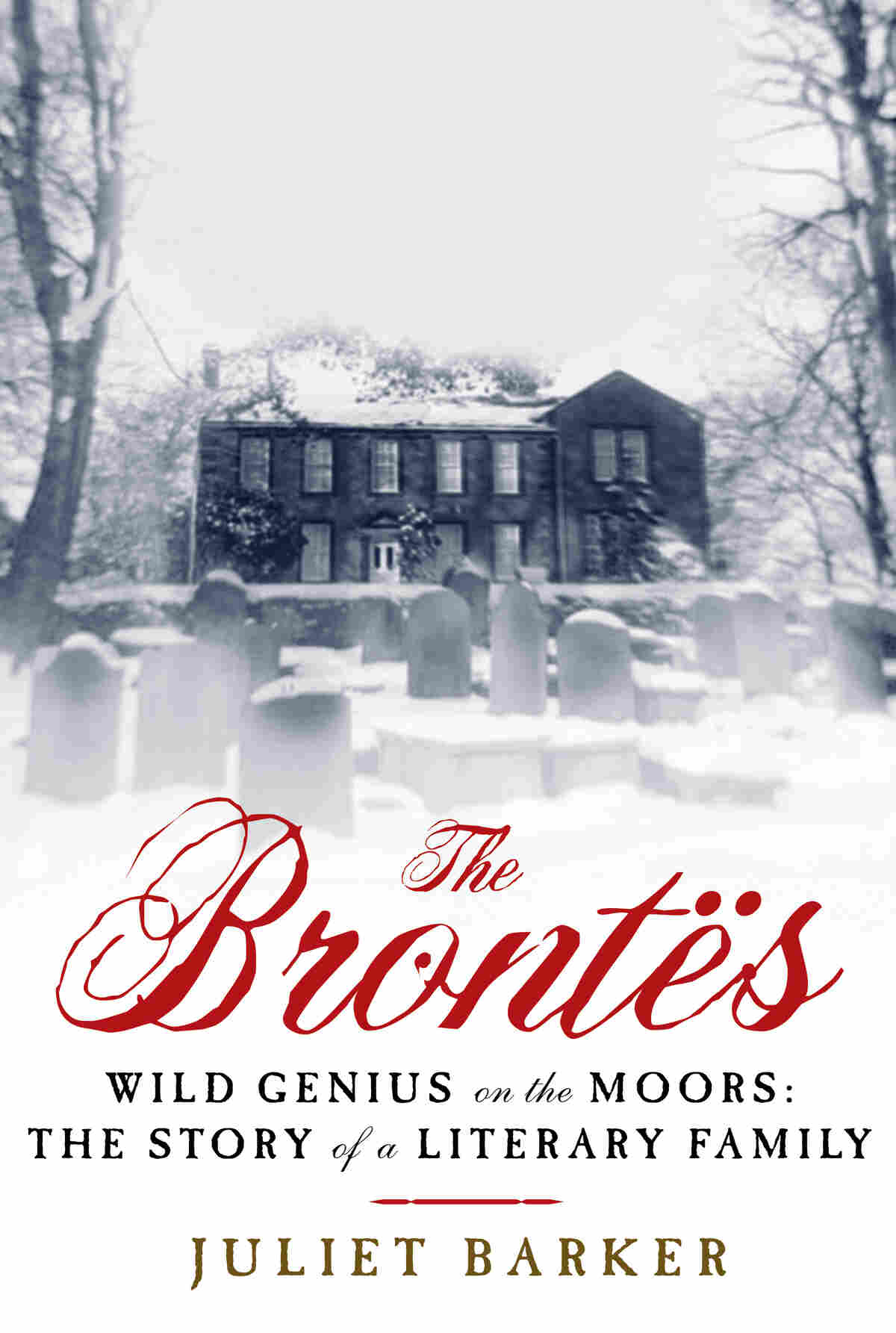 Wild Genius On The Moors: The Story Of A Literary Family

Title
The Brontes
Subtitle
Wild Genius On The Moors: The Story Of A Literary Family
Author
Juliet Barker

In the new, updated edition of her landmark biography The Brontes, Juliet Barker tells a sad story about Branwell, the infamous brother of Charlotte, Emily and Anne.

In 1834, Branwell began to study painting under a man named William Robinson, a member of the prestigious Royal Academy of Art. These lessons came at great expense, but what neither young Branwell nor his cash-strapped minister father, Patrick, could have known was that Robinson was a poor teacher: In fact, he failed to show Branwell how to mix his pigments correctly, and so the paintings Branwell did execute faded rapidly.

Ironically, one of Branwell's clumsy efforts is now one of the most famous paintings in London's National Portrait Gallery. It's a portrait of his sisters, but because the badly mixed paint is becoming transparent with age, the delicate pencil sketches beneath, including Branwell's own face, which he'd rubbed out of the composition, are gradually re-emerging.

For roughly a century and a half, the Brontes have been the subject of biographies that, much like poor Branwell's painting, cover up more than they reveal. When Barker's monumental family biography of the Brontes was published in 1994, it was as though a skilled restorer had come along to work on the group portrait, gently rubbing off the lurid colors of myth and gossip, and revealing the bones of truth underneath.

Now, Barker has updated the biography — which has become the standard Bronte biography — with new material. The footnotes alone, in this new edition of The Brontes, run to 136 pages. It's rare that I have occasion to say this, but, taken collectively, those footnotes are thrilling. Referencing sources as diverse and dry as the daily engagement diaries of obscure Bronte neighbors, Barker attests to the fact that with steady scholarly detective work, the truth of the past can slowly be approached.

Anyone with any interest in the Brontes already knows the tall tales, which first were served up in novelist Elizabeth Gaskell's 1857 Life of her by then deceased close friend, Charlotte Bronte. Living together in the isolated parsonage at Haworth, the Brontes were characterized as a 19th-century version of The Addams Family: Patriarch Patrick was given to violent bouts of his Irish temper, randomly shooting pistols out of the parsonage window; Branwell was a drug-addled roué; Emily, a kindly mystic; Anne, the shrinking violet; and Charlotte, the steady survivor. Rather than stock characters out of Gothic melodrama, the Bronte children surface here as messy human beings, touched with genius, certainly, as well as mental illness, crippling shyness, and, ultimately, given their early deaths, very bad luck. 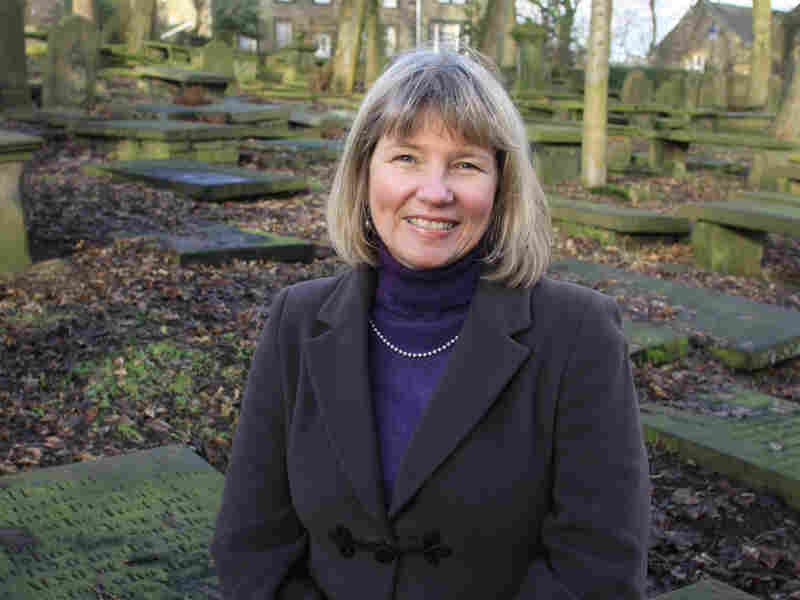 Juliet Barker received her Ph.D. in history from Oxford University, and was curator of the Bronte Parsonage Museum at Haworth for six years. Helen Burrow/Pegasus Books hide caption 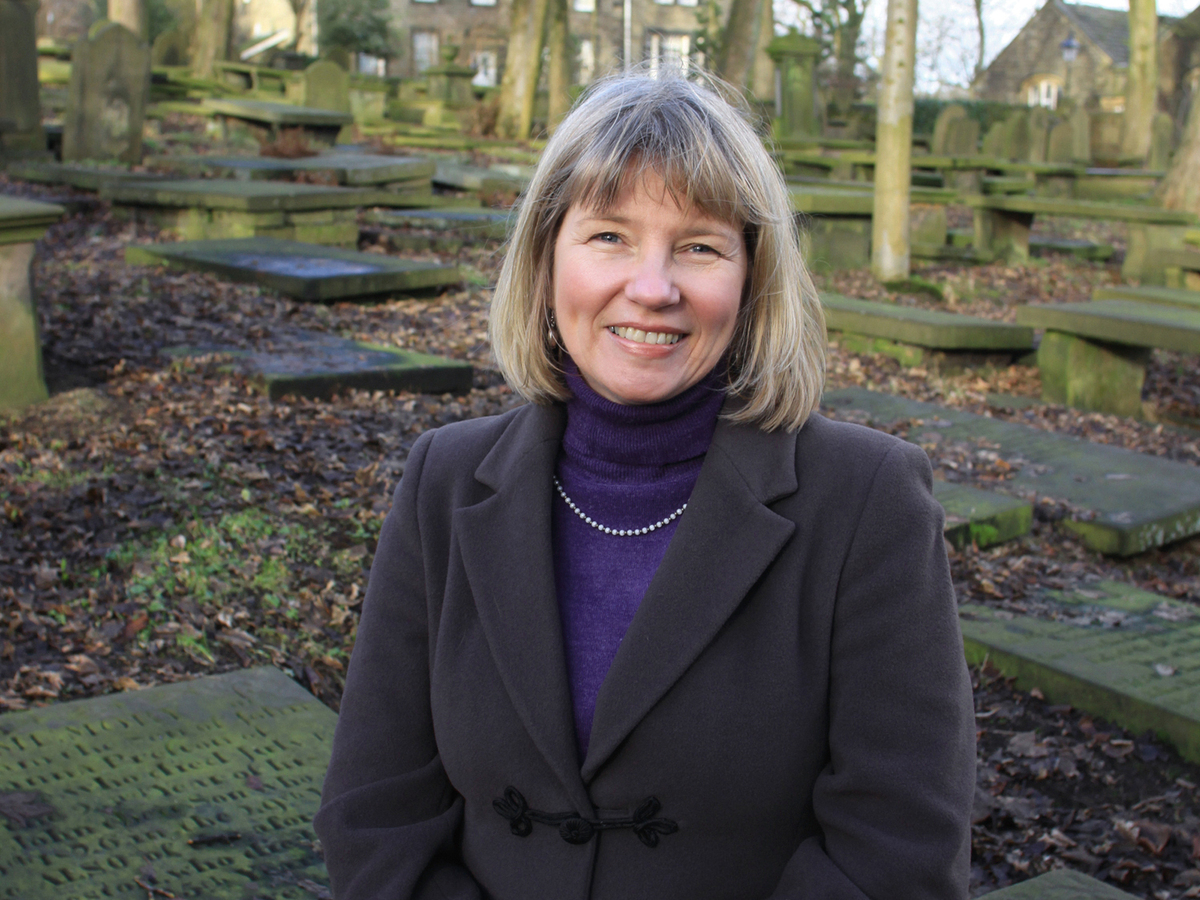 Juliet Barker received her Ph.D. in history from Oxford University, and was curator of the Bronte Parsonage Museum at Haworth for six years.

Barker's own original approach as a biographer in 1994 was to regard the Brontes as a unit. As children, Branwell, Charlotte, Anne and Emily only had each others' company. Well into adulthood, they crafted elaborate stories involving imaginary kingdoms called Gondal and Angria. Barker traces how those absorbing fantasies, as well as the siblings' intense interdependency, fueled the creation of Jane Eyre and Wuthering Heights, and the other novels.

Barker also further redeems the reputation of Patrick Bronte, showing him to be a compassionate father and liberal-minded minister, and darkens our view of narcissistic Emily. Charlotte comes off as one of those tetchy authors better to read than to meet: As a teacher, she was prone to calling her pupils "dolts" and "fat-headed."

But that icy impression of Charlotte is thawed somewhat later in this biography courtesy of a charming new letter that's been discovered. Writing in 1854 to a friend, Charlotte confesses to being talked into a white wedding dress, which she describes as "plain book muslin with a tuck or two. Also the white veil ... being simply of tulle with little tucks. If I must make a fool of myself, [the 38-year-old Charlotte wrote], it shall be on an economical plan."

A year later, Charlotte would be dead; the official cause was exhaustion during pregnancy. She joined her siblings who'd all died before her of consumption. Barker's updated and enthralling biography of the Brontes carries us deeper into the everyday realities of their strange world, and elicits sympathy for their father, who, alone, lived on to old age and to witness the transformation of his family history into the stuff of lurid legend.

Read an excerpt of The Brontes