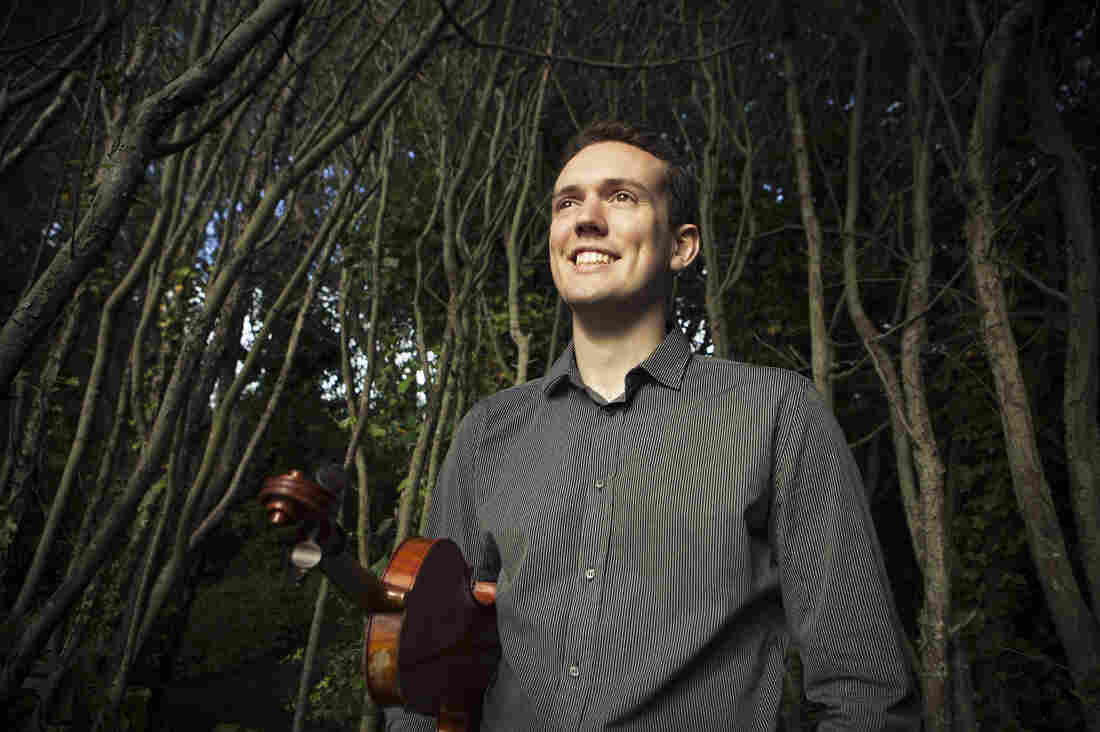 Classically trained violinist Ben Powell makes the leap to jazz in his album New Street, a tribute to the late Stephane Grappelli. Ryan MacDonald/Courtesy of the artist hide caption 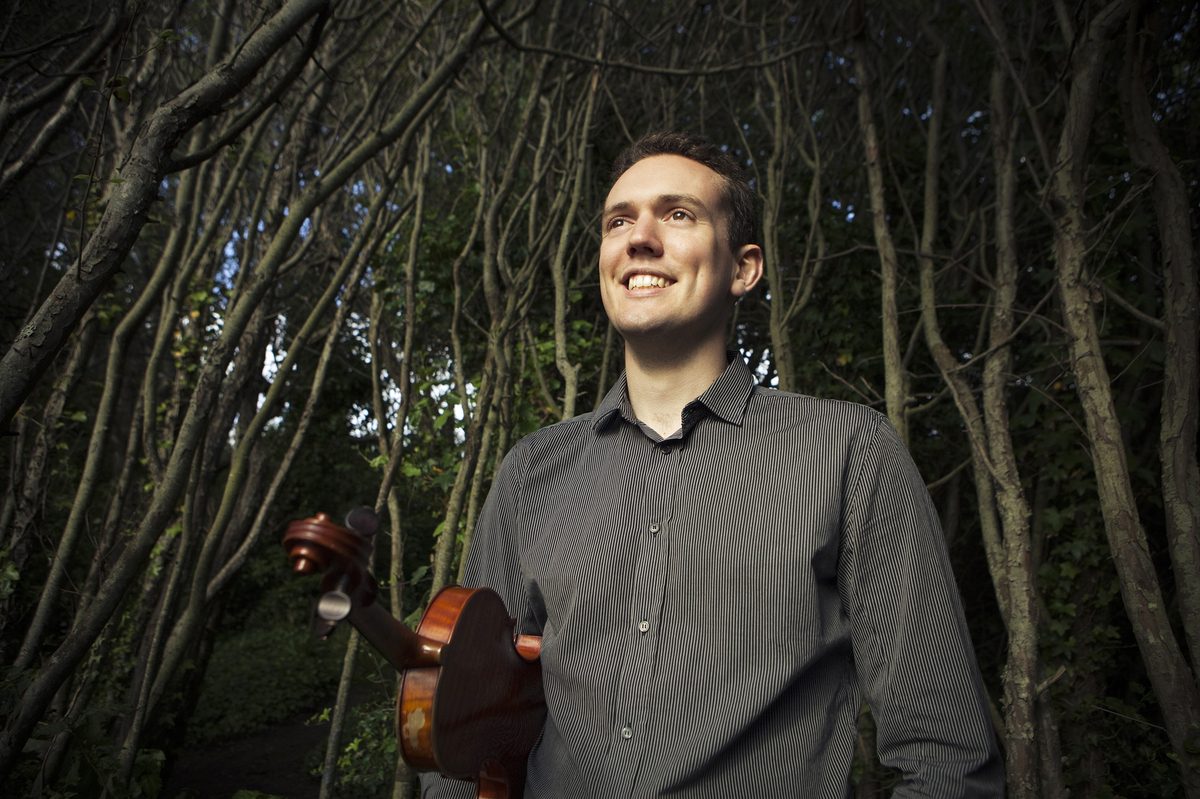 Classically trained violinist Ben Powell makes the leap to jazz in his album New Street, a tribute to the late Stephane Grappelli.

Ryan MacDonald/Courtesy of the artist

The late Stephane Grappelli is perhaps the best-known jazz violinist in history. His collaborations with guitarist Django Reinhardt have influenced countless musicians. A comparison to Grappelli is one of the highest honors a young, rising violinist can receive. Ben Powell is a 25-year-old, British-born, classically trained violinist who lives just outside Boston, and his new CD has won him comparisons to the violin great.

"Really, in the womb, my mother was teaching, and I started playing when I was 2," Powell says. "But I didn't really start reading music until I was about 9 or 10, so it was eight years of oral dictation through the Suzuki method."

Powell's mom was a classical violinist and teacher, and the young student eventually learned jazz by listening to recordings in his bedroom as a teenager.

"I would practice a lot playing classical music, and then I would put on some Grappelli and put the headphones on, and I'd just swing with him for as long as I could," Powell says. "Whole records at a time, you know — I wouldn't know the chords, I wouldn't know the tunes, but I would just slowly pick up his licks, and it was more getting myself inside that kind of expression."

Grappelli is Powell's hero. He's obsessed with him, and that's why the young musician dedicated his recent album, New Street, to Grappelli. Powell is preparing to tour in support of his new CD, and rehearsing with pianist Tim Ray.

Powell and Ray smile and bounce, exchanging glances in the latter's living room. The pianist teaches at Berklee College of Music and has played with a lot of jazz musicians in his career, but not many jazz violinists.

"Jazz violin is not a giant genre, compared to saxophone or piano or bass," Ray says. "I mean, obviously there's lots of history, and most of the jazz musicians I play with tend to play the more traditional jazz instruments."

Ray says that's one reason critics compare Powell to Grappelli, which isn't to say the 50-year-old is unimpressed with a musician half his age.

"I think most listeners have the same reaction," Ray says. "The first they think when they hear Ben is, 'Wow, this guy can really play the fiddle.' "

Jazz On The Printed Page

Improvising over chord changes by ear is a lot different from playing a string quartet while reading sheet music.

"If you spend too many years trying to play things exactly as they're written, it's very hard to let go of the printed page," says Keith Lockhart, a classically trained pianist and conductor with the Boston Pops.

Lockhart helped Powell make the leap from classical to jazz. The two met when the violinist was 18 and a member of the National Youth Orchestra in England, where Lockhart was guest conductor. One day, Powell confessed to the maestro that he really wanted to play jazz.

So the conductor took a demo recording back to Boston and submitted it to Berklee College of Music's jazz string program. A few months later, Powell was accepted. He has been in Boston ever since — except for spending all of last year in Stephane Grappelli's hometown of Paris.

"I was actually visiting Stephane's apartment regularly," Powell says. "I befriended his partner, who still owns the very place that he lived in, and learn[ed] about what he liked to do at home. He didn't really practice the violin very much. He loved playing the piano more than anything, and it was just wonderful, but in the same way that he played the violin — just effortless and graceful."

Powell never got to meet his hero: Grappelli died in 1997, when Powell was just 11. But if he did get the chance, he'd try to play it cool, because for Powell, Grappelli says everything about music with his violin.

"I don't know what I'd ask him," Powell says. "I'd probably want to just sit and enjoy a drink on the Seine, and we could talk about anything he wanted or I wanted. I think that's the experience I would wish for."