Accessibility links
As Conventions Begin, Where Is The U.S. Economy? When the political conventions were kicking off in 2008, the direction of the U.S. economy was clear: down. The state of the 2012 economy will provide Republicans and Democrats with much to debate.

As Conventions Begin, Where Is The U.S. Economy?

As Conventions Begin, Where Is The U.S. Economy?

In late August of 2008, just as delegates were coming together for their political-party conventions, the U.S. economy was falling apart. Home sales were shutting down, employers were slashing payrolls, and financial institutions were lurching toward chaos.

How Has The Economy Changed Since 2008 Elections?

Today, as the GOP convention gets (briefly) under way, the nation's economic condition is far more stable. The coming political fights over economic issues are likely to be bare-knuckled, but probably not white-knuckled.

Although the sense of panic has passed, times are not good for many. Yes, stock prices are up and financial institutions are on firmer footing, but millions of Americans are slipping further from their middle-class moorings. Some 12.8 million people are looking for jobs, and data show middle-class income and wealth are both down from a decade ago.

The mixed state of the 2012 economy will provide Republicans and Democrats with much to debate. The spin is best left to political candidates, but the data can tell an objective story about the state of the economy as the conventions begin.

The Republicans are meeting this week in Tampa, Fla., and Democrats will meet the following week in Charlotte, N.C. As they gather, this is what we know:

The national unemployment rate has been hovering in a narrow range throughout 2012 — between 8.1 and 8.3 percent. The rate shifts only a bit each month as economists round and revise the statistics on payrolls and job seekers. Most economists expect the jobless rate to stay in this tight range for the remainder of the year. 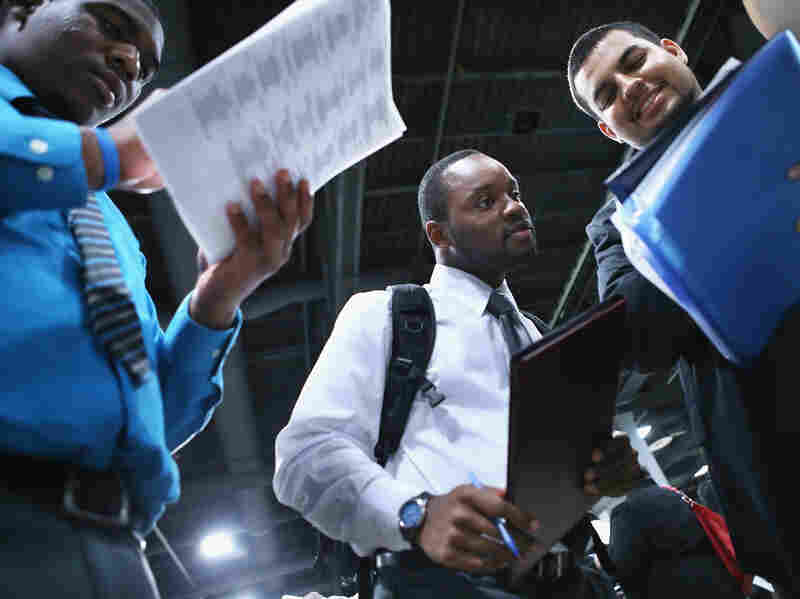 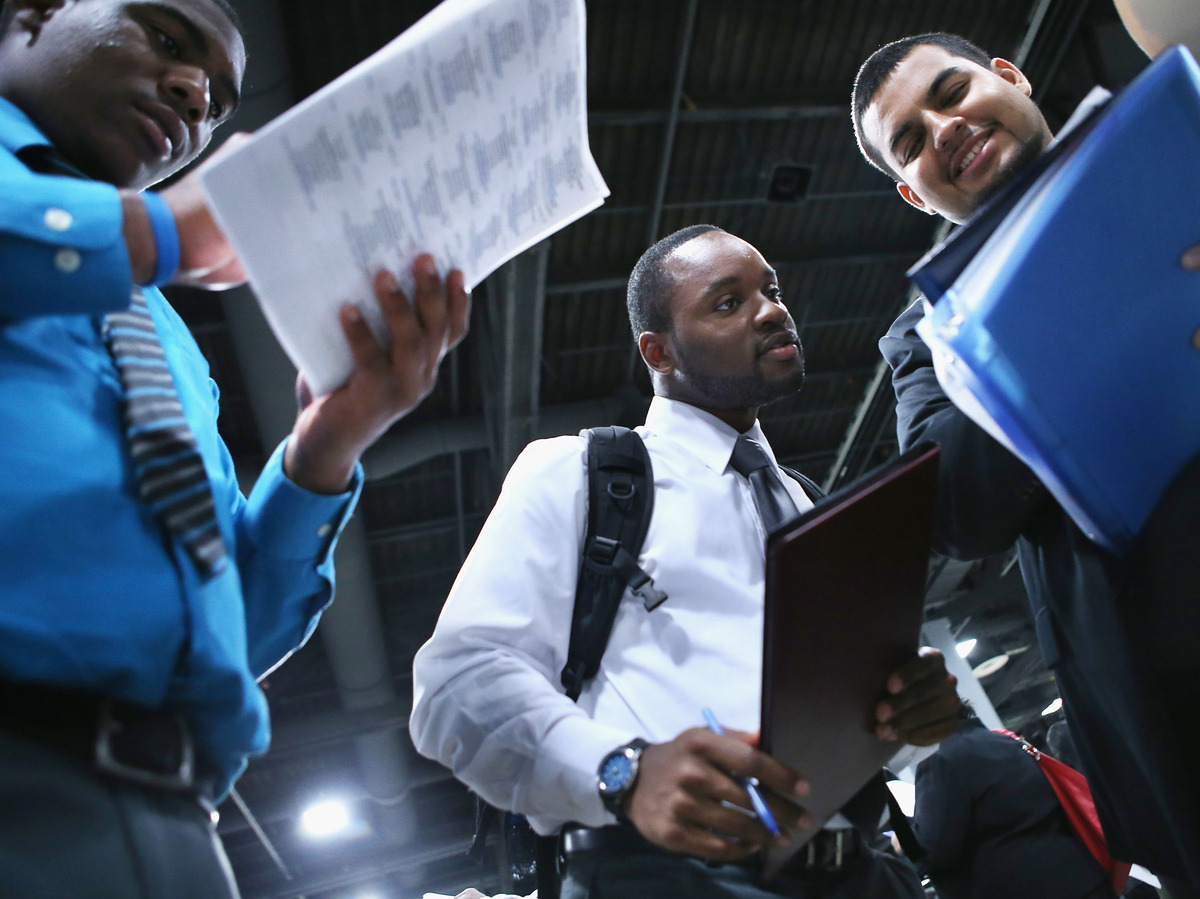 Young job-seekers look over a list of 85 business participating in a job fair last week in Washington, D.C.

The historical record suggests such a high rate of unemployment dooms an incumbent president. One new study concludes that President Obama's candidacy will fail because no incumbent in recent decades has been re-elected with the jobless rate so high for so long.

"The incumbency advantage enjoyed by President Obama, though statistically significant, is not great enough to offset high rates of unemployment currently experienced in many of the states," Kenneth Bickers, a political science professor at the University of Colorado, Boulder, said in his study of election outcomes.

Then again, the employment picture is brighter than four years ago, when the economy was plunging into the worst recession since the Great Depression. When Obama took office in January 2009, the U.S. economy was losing more than 800,000 jobs a month and the unemployment rate was heading to 10 percent later that year.

In 2012, employers have been adding an average of 151,000 jobs each month, about the same pace as in 2011, according to the Bureau of Labor Statistics. So while the job market could be described as significantly underperforming, it also could be seen as doing much better than it was four years ago, giving candidates and voters much to argue over.

The housing market has been in horrible condition since 2007. During the past five years, prices for existing homes have plunged by roughly a third and builders in many markets have virtually stopped putting up houses. Foreclosures and short sales remain common. 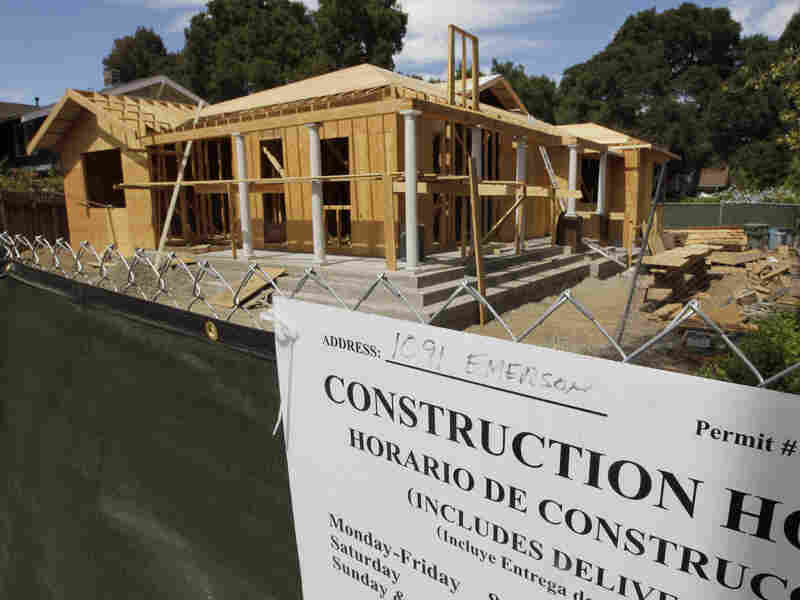 Sales of new homes, like this one in Palo Alto, Calif., rose 3.6 percent in July. Paul Sakuma/AP hide caption 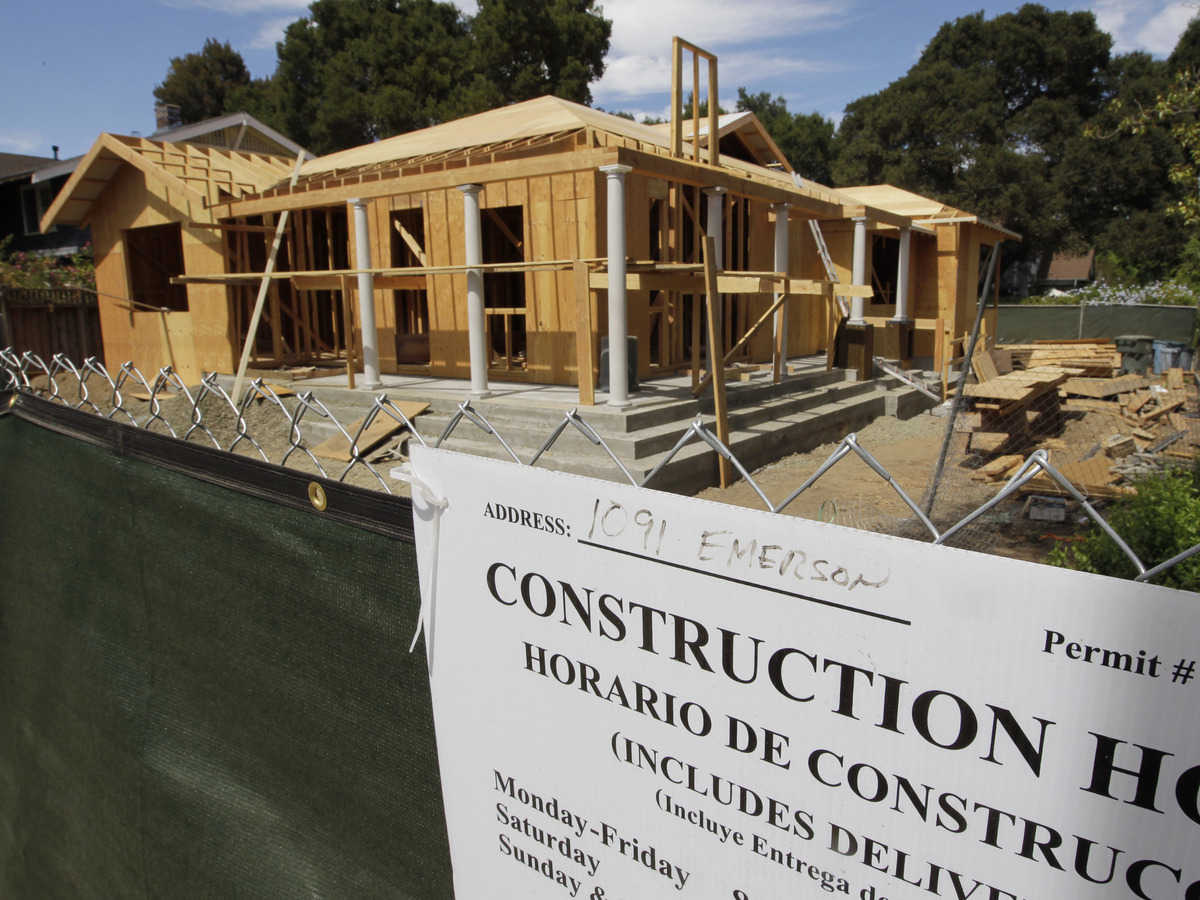 Sales of new homes, like this one in Palo Alto, Calif., rose 3.6 percent in July.

Still, many economists see signs of improving conditions, and even strength in specific markets, such as Washington, D.C., and Bismarck, N.D. Mortgage rates have been at record lows this summer, making buying very affordable by historic standards. The latest data from the National Association of Realtors show that the average sale price for an existing home is up about 7 percent this year, compared with last year.

While the housing sector may be moving up, the hole remains very deep. "We are expecting this market to improve over the second half of this year, but not by much," Patrick Newport, an economist with IHS Global Insight, wrote in an analysis of housing data.

The days just after the political parties held their conventions in 2008 were among the most frightening ever experienced by investors alive today. On just one day — Sept. 29, 2008 — the Dow Jones industrial average plunged 7 percent, wiping out $1.2 trillion. 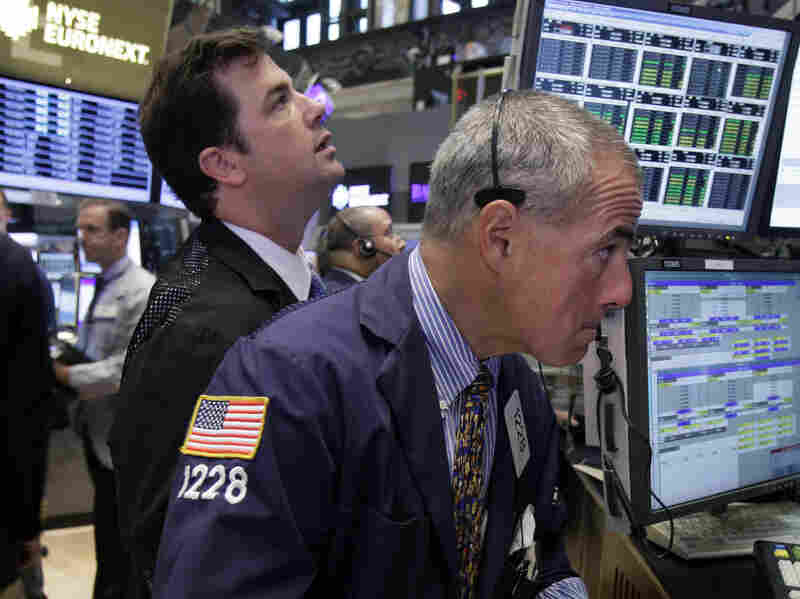 Traders work on the floor of the New York Stock Exchange. The Dow Jones industrial average is nearly back to where it was before the recession hit in 2007. Richard Drew/AP hide caption 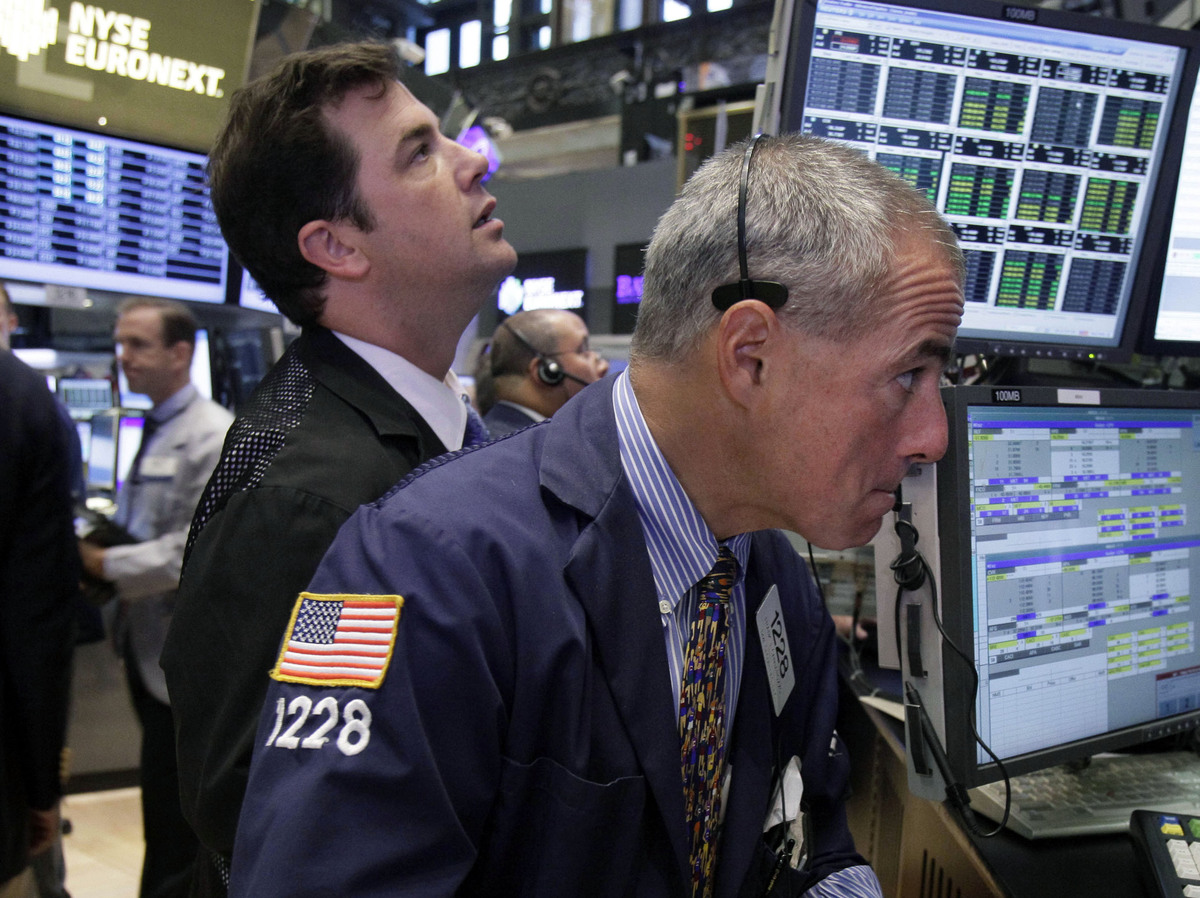 Traders work on the floor of the New York Stock Exchange. The Dow Jones industrial average is nearly back to where it was before the recession hit in 2007.

In the past year, the stock market has been doing well. The Dow has shot up to around 13,160, up from about 10,400 last October. This summer saw a major rally. That push helped the closely followed stock market barometer to get back up to nearly where it was in 2007, before the recession began.

But trading volume remains extremely light, suggesting that many investors remain wary. In fact, some market analysts predict that a big drop could be coming this September because of bad news coming from the European Union and China. Many also say the coming "fiscal cliff," a cluster of major tax and spending changes coming at the end of the year, could frighten away investors who fear a new recession.

So while stocks have generally been a positive indicator this year, huge risks may be looming on the horizon.