Accessibility links
Regina Spektor: The Fresh Air Interview Spektor spent the first nine years of her life in the Soviet Union, where she and her family faced discrimination as Jews. She talks about Russia and her new album, What We Saw From the Cheap Seats, with Terry Gross. 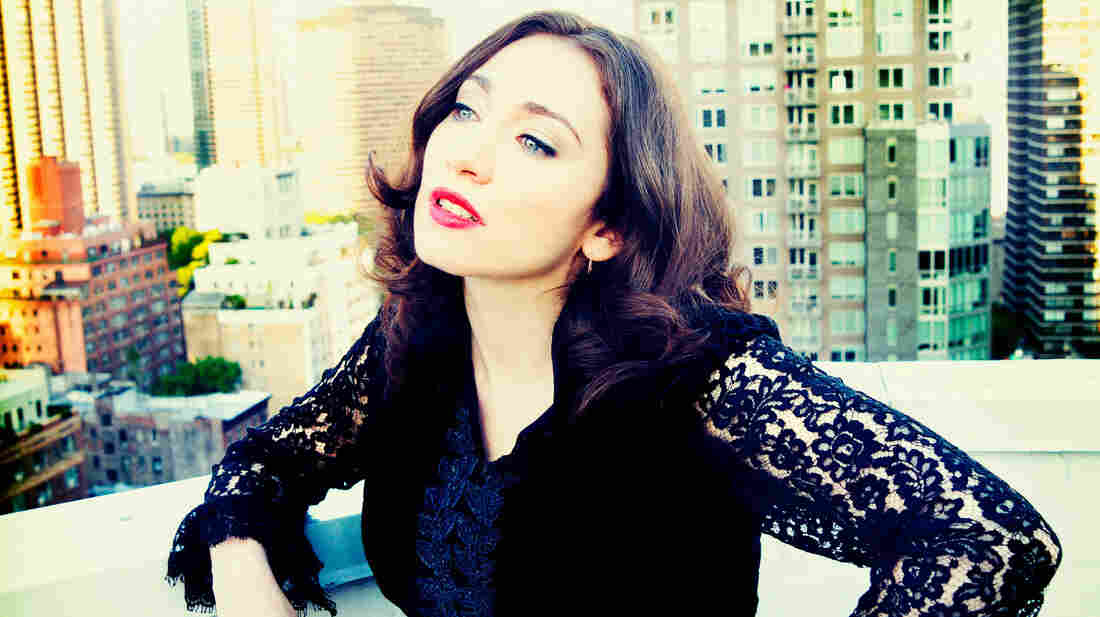 "To me, the voice is an instrument, just like any other instrument," Regina Spektor says. Shervin Lainez hide caption 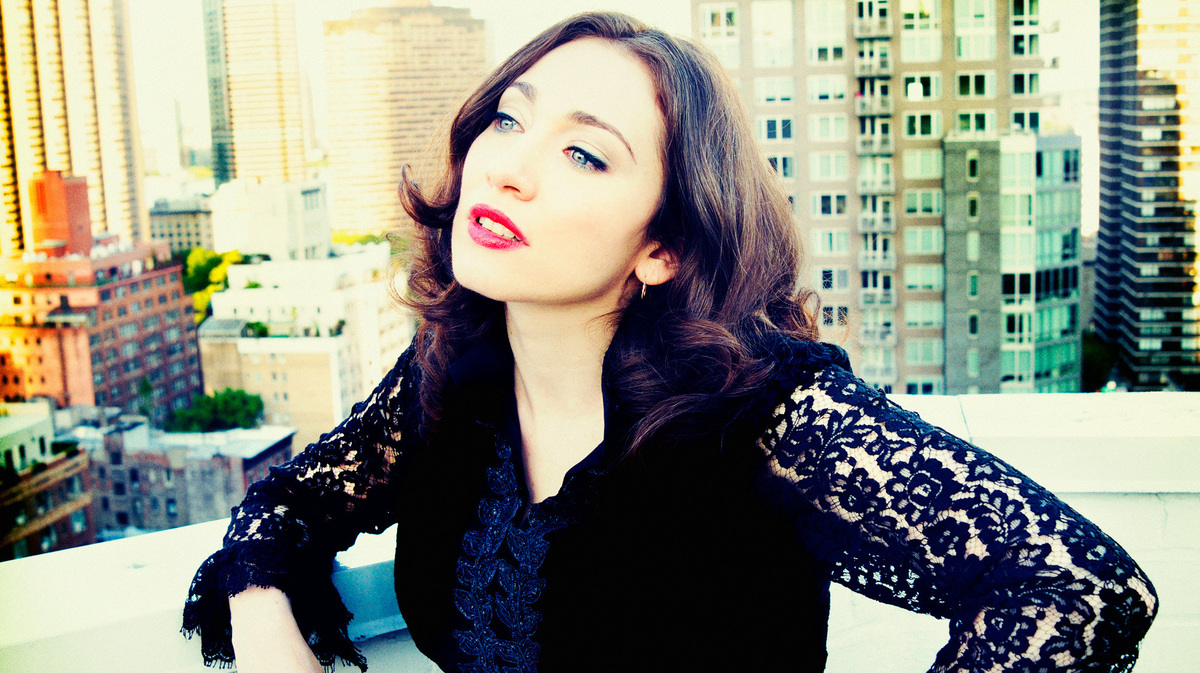 "To me, the voice is an instrument, just like any other instrument," Regina Spektor says.

Regina Spektor plays the piano so loudly, she has to convince piano tuners to adjust the instrument to her liking.

"It gets so loud that the strings reverberate in a certain way," Spektor says. "And I always want them to work on the voicing and to soften the hammers, and they get kind of argumentative with me — they're like, 'You're not supposed to play this loud.'"

Classically trained from age 6, Spektor knows what she's doing, though. What We Saw From the Cheap Seats is her sixth solo record, which entered the Billboard charts at No. 3.

Spektor spent the first nine years of her life in the Soviet Union, where she and her family faced discrimination as Jews. "You couldn't go to synagogue, but we did have little relics of religion passed down here and there," Spektor tells Fresh Air's Terry Gross. At Passover, her grandmother "would make chicken soup with matzo balls, but then we would have bread alongside that because we didn't know you weren't supposed to eat bread."

When the country opened up under perestroika, Spektor left for New York with her parents, knowing no English and feeling like an outsider. For instance, she says she was surprised that her peers didn't act like World War II had just happened. The 32-year-old says that, in Russia, she grew up in the long shadow of World War II, where everybody was affected by the war. When three of Spektor's grandmother's brothers were killed, her grandmother had to hide their death notices. She "would intercept them and sew them into the inside of her coat, because she thought her parents wouldn't survive the war if they found out."

In the Bronx, Spektor's parents couldn't afford a piano, so she practiced in the basement of a neighborhood synagogue. After a chance encounter on a train, she was able to take free piano lessons with a well-known music professor. She didn't think to combine her singing with piano until after an "artist kid trip" to Israel.

Spektor performed in Russia this summer, her first time back in 23 years.

On growing up in Russia, in the shadow of World War II

"World War II was fought on its soil. There was the blockade. Every single person was touched by the war in some way. Everybody had a lot of people in their family that fought, that died. It's very different having war on your soil rather than sending troops to some remote place, where the people don't really feel it. There are people walking around with an arm missing, a leg missing. It was just real visible wounds and stories of survival, stories of heroism, stories of destruction — that all the kids grew up with it all the time."

On her style of singing

On finding her piano teacher in the U.S.

"My dad really didn't want to stay on any kind of government help. So he got this minimum-wage job at night developing photos at this big company, and he was coming back from there on the subway one night, and he saw a man with a violin case between his feet — and an older man — and he started talking. And he heard that he had a Yiddish accent, and they got to a little bit more talking. And my dad said that he had played violin in his youth and my mom was a piano professor, and that they had a kid and she had studied piano, and how we haven't been to hear any classical music for a long time, and that we're really fans of classical music as a family. And he said, 'Why don't you come over to our house and we can play you — me and my wife, she's a pianist — and we can play you our program because we're going on tour to Spain to play duets?'

"So me and my whole family, we got dressed up and went up the hill and went to their house. And their house was just incredible. It was full of love and books and art and pianos and cats and dogs and just the best kind of vibe you could picture — just a true art partnership between this husband and this wife. They played us their program, and then I asked very rudely if Sonia — Sonia Vargas is the wife and Samuel Marder is the husband — and I asked if Sonia would be my teacher and she said, 'Of course.' And she never ever charged us for any lessons."