Accessibility links
'Real Romney' Authors Dissect His Latest Campaign Michael Kranish and Scott Helman's biography of Mitt Romney — The Real Romney — is now out in paperback with a new afterword. The authors discuss Romney's shift to the right, his faith and his recent comment that no one's ever asked to see his birth certificate. 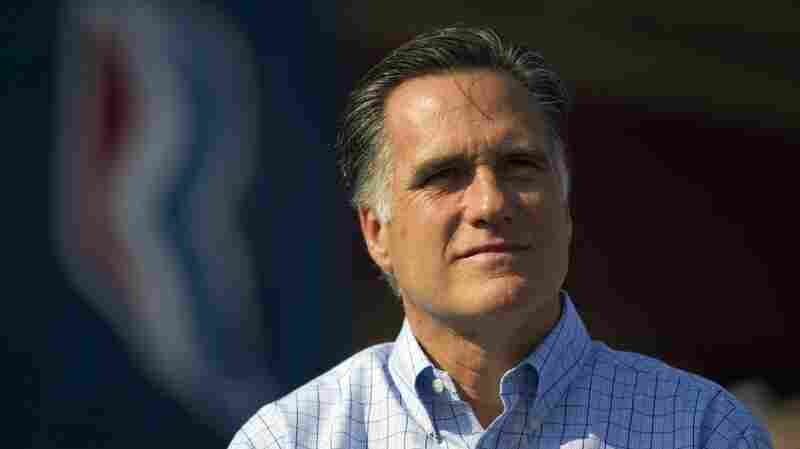 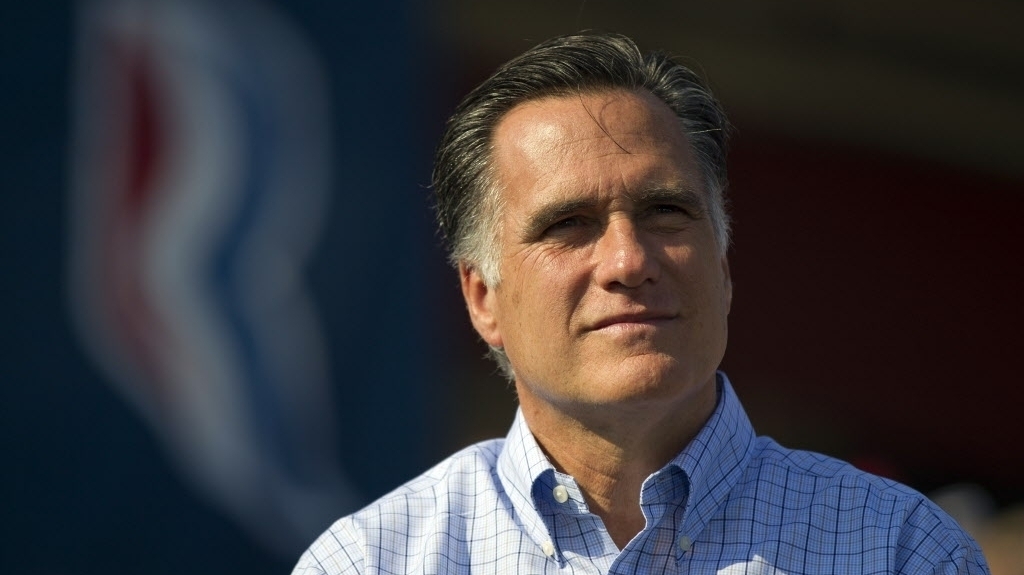 In The Real Romney, Boston Globe reporters Michael Kranish and Scott Helman examine Mitt Romney's political rise since 1994, when he ran for the U.S. Senate in Massachusetts. They explain how Romney shifted from supporting abortion rights to heavily courting social conservatives in the 2008 Republican primary.

"When he looked at the race, he saw Rudy Giuliani, the former New York mayor, and John McCain, the senator from Arizona — they were the big boys in the center, if you will, in the Republican Party," Helman tells Fresh Air's Terry Gross. "There was no room for Mitt Romney there. Where there was room was on the right." 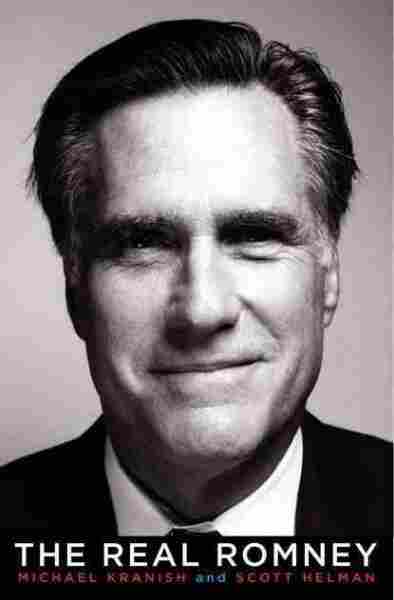 by Michael Kranish and Scott Helman

As Romney prepares to accept the official Republican nomination in Tampa this week, Kranish and Helman talk about the latest developments in the campaign, Romney's finances and experience at private equity firm Bain Capital, and his recent remark in Michigan that "no one's ever asked to see my birth certificate."

Shifting right is in sharp contrast to Romney's father's politics. During the 1964 convention in San Francisco, a young Mitt Romney watched his father, George Romney, try and fail to get the Republican platform committee to reject extremists and support civil rights. George Romney represented the moderate wing of the Republican Party, says Kranish, and thought it would be "political suicide" if his opponent Barry Goldwater — also known as "Mr. Conservative" — was the presidential candidate.

Although George Romney dropped out before the first primary, when Goldwater eventually won the nomination, he "walked out of the convention, very upset," Kranish says.

Mitt Romney represents the "Barry Goldwater wing of today," Kranish says. While his father was more of an "outspoken moral leader," he is "more of the technocrat, the competent executive, the manager," Helman adds.

Kranish and Helman's book, The Real Romney, is now out in paperback with a new afterword.

Scott Helman: "Certainly there are some consistencies that we see. In '94, when he first ran for Senate, and now, he's a man who cares very much about his family and his faith and so forth. There are certain bedrock principles that to him have not changed, but when you think about him politically, they're two completely different Mitt Romneys.

"The Mitt Romney who ran in 1994 started out as a political independent. He's somebody who railed against the Contract With America, which of course was the big Newt Gingrich GOP revolution that year. He was a strong supporter of abortion rights. He was very outspoken in favor of gay rights, even writing this famous letter to the Log Cabin Republicans, a Republican gay rights group, talking about how he could be more effective than Ted Kennedy could be, his opponent, on gay rights. 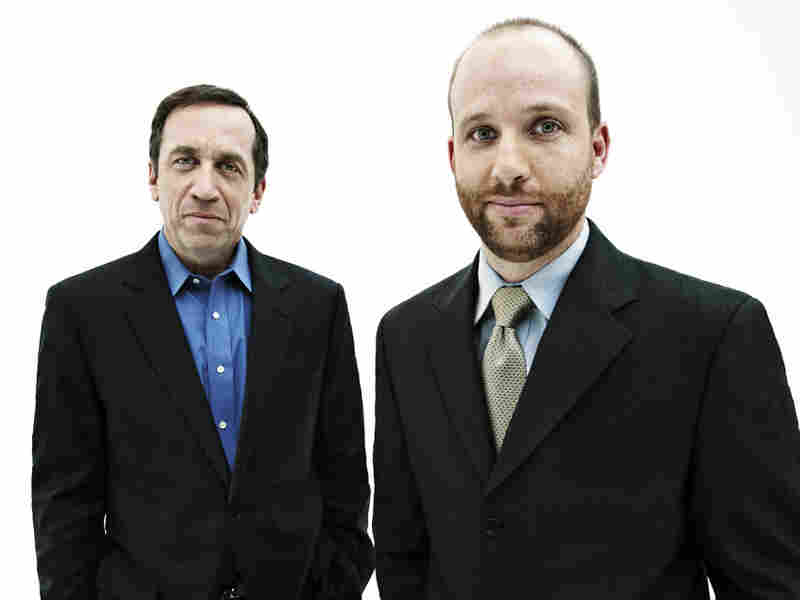 Michael Kranish (left) is the deputy chief of the Washington bureau of The Boston Globe. Scott Helman is a staff writer at The Globe. Both have covered politics, presidential campaigns and Congress. courtesy of the authors hide caption

toggle caption
courtesy of the authors 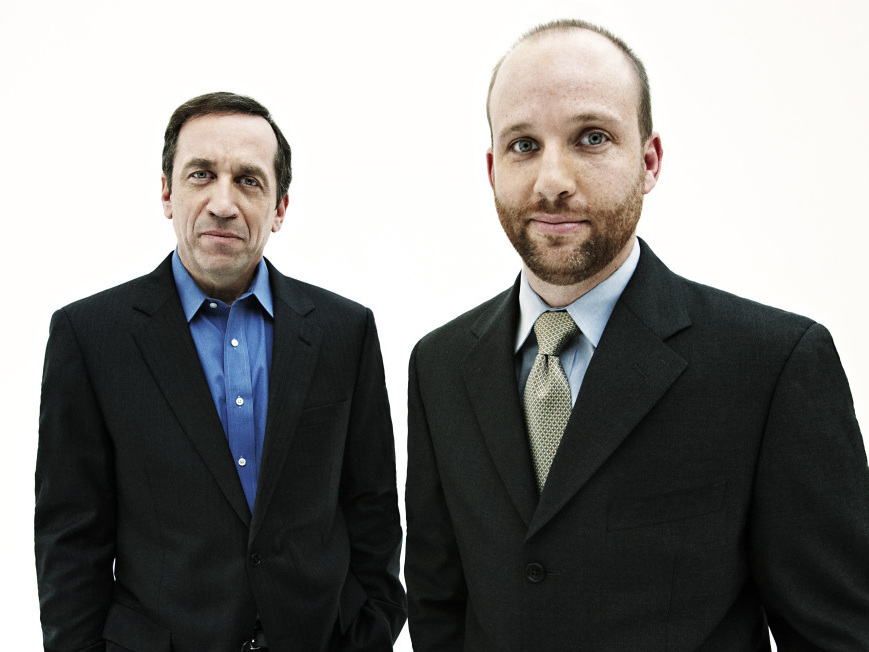 Michael Kranish (left) is the deputy chief of the Washington bureau of The Boston Globe. Scott Helman is a staff writer at The Globe. Both have covered politics, presidential campaigns and Congress.

courtesy of the authors

"So you go up and down the line and it's a very, very different political profile. So I think the one thing ideologically almost that's consistent from then to now is he's a pragmatist. And at the time, he was running against a very liberal senator, with an impressive civil rights record and he was in very blue Massachusetts, so he had to be a certain type of candidate to be successful — and to a large extent that continued in his gubernatorial run in 2002. After that, when he starts to run for president, it's a very different environment and he realizes he has to be someone completely different to succeed in a Republican primary."

On Romney's experience at Bain Capital

Helman: "Whatever you think of Mitt Romney, whatever you think of his tenure at Bain, whatever you think of Bain Capital or private equity, I think we have to stipulate that Mitt Romney certainly has some economic fluency. He has trafficked in this world for years, and I think there is certainly some truth to his statement that he knows how jobs come and he knows how jobs go. So I think he is largely correct to say that he has some significant understanding of how the American economy works, but I think it's a different question entirely, when we're saying, 'Do we want this kind of man to be our leader? Do we want somebody who is very successful making money for very wealthy people running the economy that's supposed to be for everybody?' And I think that's where his pitch is a little less persuasive.

"So I think connecting those policy prescriptions to his Bain tenure, I think that is politically problematic for him. And I think that's one of his big challenges at this convention, is how he's going to cast that experience. Because the fact is the polls that I've seen suggest that Americans still believe that Obama identifies with them more than Mitt Romney does, and that Obama would be better for the middle class. And I think Mitt Romney can't win if it stays like that. So he has to find some way to say that, 'Even though pretty much everything I've done in my business career has been to make money for largely wealthy investors, that I can apply that expertise and experience to everybody else.'"

On how Romney's Mormon faith figures into the campaign

Michael Kranish: "Mitt Romney does not want to talk about the tenets of Mormonism. He's made that clear that this should not be something that he should have to discuss, that you should go to his church and so forth.

"And yet at the same time, you've had many people ... who have said you can't understand Romney without understanding what his faith means to him. He has said that his Mormon faith is 'one of the most important treasures of my life.' So you do need to understand that. Plus, he was a leader of the Boston-area Mormon churches for a number of years. This was practically a second full-time job. So he wasn't just a member, he was a very strong leader of that church.

"And I think what you've seen very recently is that they've come to the conclusion that [his campaign] needs to find a way to talk about what his faith means to him without talking about the individual tenets. And what'd they like to do — and I know what they're talking about doing — is talk about how as a church leader, he helped people who were disadvantaged, that this was the way this very, very wealthy man heading a private equity company in Boston was able to meet with people who might have been poor or disadvantaged in various ways — as a church leader."

Kranish: "Mitt Romney has stayed away from this issue entirely. He well knows that there are plenty of other people in the party who are happy to take it on and that he can maintain his distance. Although obviously, he's appeared on stage with Donald Trump who's endorsed him. And the reason I was particularly surprised is that it was Mitt's father, George, who ran for president despite being born in Mexico and did not come to this country until he was 5 years old. At the time, his father's campaign took some questions about that and it never really came to complete conclusion because George dropped out before the first primary.

"But I looked back at newspaper stories of the time and there were serious questions being raised about whether George was qualified since he was born in Mexico and didn't come here until he was 5, whether he could fit the definition of being a native-born citizen and so forth. And their explanation was that George's parents had lived in the U.S. at a certain time and that he was therefore qualified under that. But I think he's been particularly sensitive because his father went through some of these same questions when his father ran for president."

Read an excerpt of The Real Romney