Accessibility links
Despite Critics, Gambia Plans Dozens Of Executions International criticism is building over plans by Gambia's president to execute all prisoners on death row by mid-September. Nine were recently put to death by firing squad, and 38 more remain on death row. 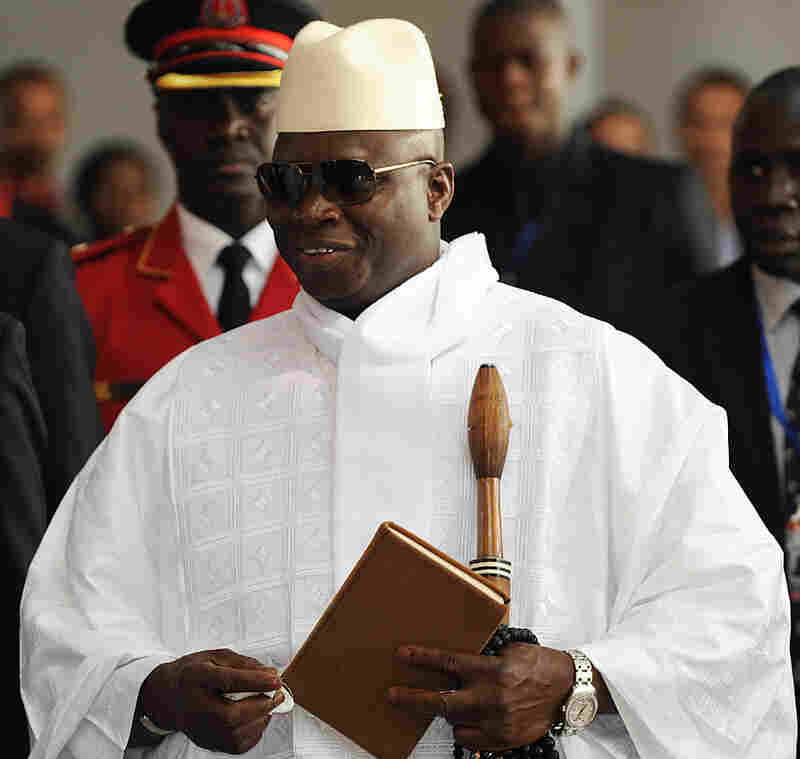 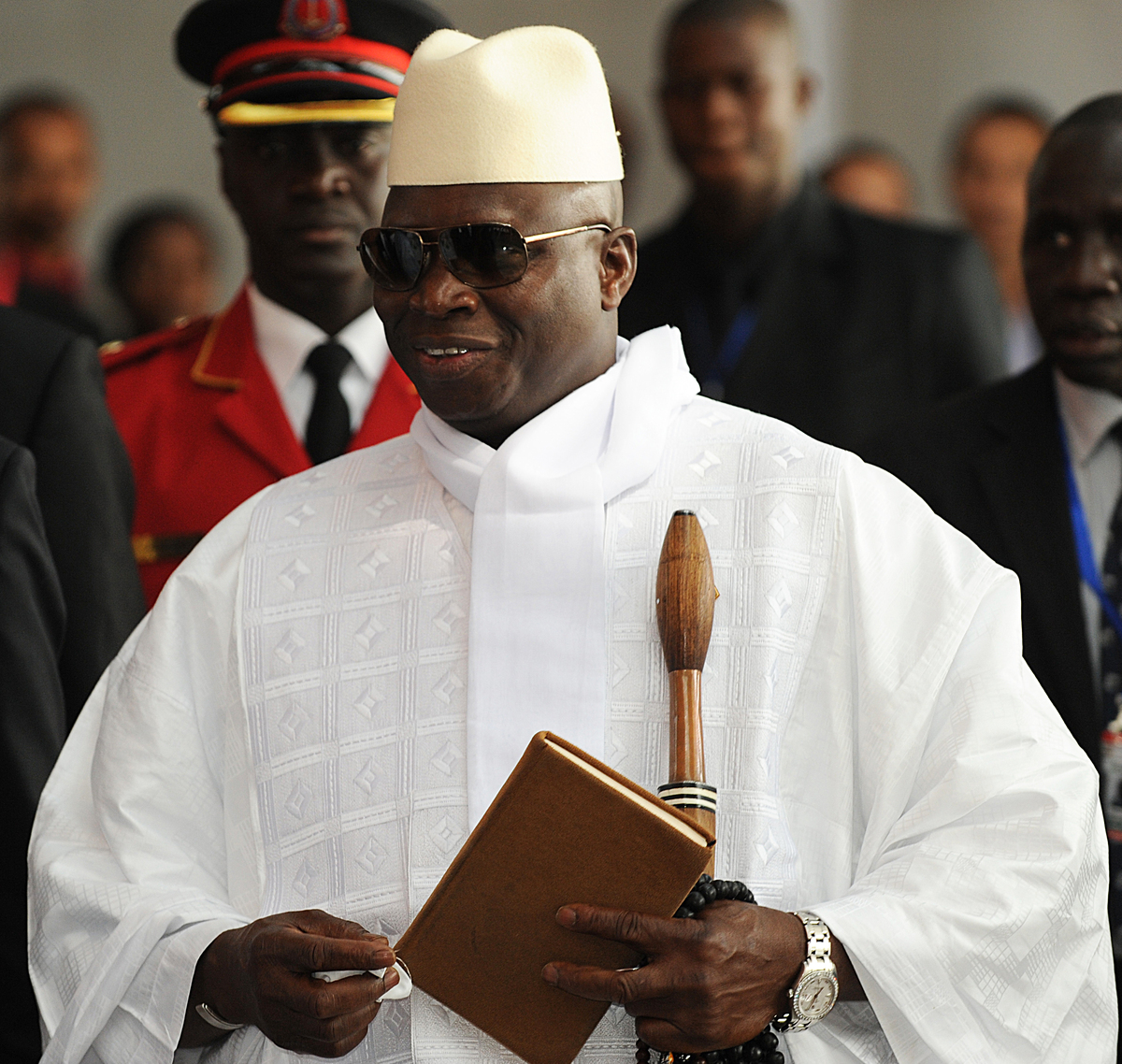 Gambian President Yahya Jammeh says all 47 death-row inmates will be executed by mid-September. Nine were killed this week by firing squad. Gambia's human rights record has frequently come under criticism during the 18 years of rule by Jammeh, shown here attending the African Union summit last month in Ethiopia.

There is growing international criticism over plans by Gambia's hard-line president to execute all of the country's death-row inmates within the next couple of weeks.

Gambia's leader, President Yahya Jammeh, has long faced criticism for his human rights record. In a recent speech marking the end of Ramadan, the Muslim holy month, the president vowed to put to death all prisoners facing the death penalty by mid-September, as a way to curb crime.

"By the middle of next month, all the death sentences would have been carried out to the letter. There is no way my government will allow 99 percent of the population to be held to ransom by criminals," Jammeh said in a speech on Aug. 19, broadcast on Gambian national television the following day.

Despite pressure from human rights groups, his African peers and Western powers, including the U.S., Jammeh has already begun to carry out the executions.

In a statement Monday, the government said nine inmates were executed by firing squad Sunday — six civilians and three soldiers. These were the first executions in Gambia in nearly 30 years.

I will not bow down before any human being except the almighty Allah. And if they don't like that, they can go to hell. I don't care what they say.

The US State Department on Tuesday criticized "the lack of transparency and haste under which these executions were effected and the apparent lack of due process in the proceedings leading to these death sentences."

The US called on Jammeh "to immediately halt all executions in order to review all of The Gambia's capital cases and ensure that they are in accordance with The Gambia's domestic law and its international obligations."

Paule Rigaud, Amnesty International's deputy Africa director, says there are 38 more death-row inmates, including some that her group classifies as political prisoners.

"We fear strongly for their safety now, that they could be the next ones to be executed," she says.

Amnesty International called the executions a hugely retrograde step on a continent where many countries are abolishing capital punishment.

The government of neighboring Senegal says two of those executed recently were Senegalese, and a third remains on death row.

Sall cut short a visit to South Africa to deal with the Gambia issue and with floods in Dakar, Senegal's capital. Sall told reporters at a late-night news conference Tuesday that Gambia had not bothered to observe standard diplomatic protocol by informing the Senegalese government of the executions.

"I have asked the prime minister to summon the ambassador of Gambia. ... If he does not show up at the appointed time [on Wednesday], he will leave Senegal," said Sall.

The deaths of the two Senegalese nationals are clearly straining the already delicate relations between the neighbors.

Sall traveled across the border for talks with his Gambian counterpart in his first official visit after being sworn in earlier this year.

The rebels are believed to have backing from Gambia, which is a sliver of land surrounded by Senegal, its much bigger neighbor.

Tiny Gambia does not generally make world headlines. It is a popular beach holiday destination, attracting sun-seeking tourists from the former colonial power, Britain, and other northern Europeans.

Somaliland: A Pocket Of Stability In A Chaotic Region

The Gambian president says activities such as drug trafficking, homosexuality, murder, terrorism and banditry will not be tolerated in his country.

In a rare interview last November, Jammeh, 47, dismissed accusations that he has silenced dissent and imprisoned his political opponents.

Jammeh seized power in a military coup 18 years ago and has since kept a tight grip on Gambia. The one-time army captain has traded his military fatigues for flowing white gowns — and claims to be able to cure AIDS.

The president also says a good leader should remain in power as long as God sees fit.

"My fate is in the hands of the almighty Allah. I will deliver to the Gambian people, and if I have to rule this country for one billion years I will, if Allah says so," he told the BBC. "My position is very clear. I would defend Africanness even on ... planet Mars. I will not bow down before any human being except the almighty Allah. And if they don't like that, they can go to hell. I don't care what they say."

Jammeh won a fourth presidential term in November in elections the US State Department described as neither free nor fair.