Accessibility links
Just Say No: Doping Diminishes All Athletes Athletes aren't always the best role models but, for commentator Frank Deford, the worst sin they can commit is doping. 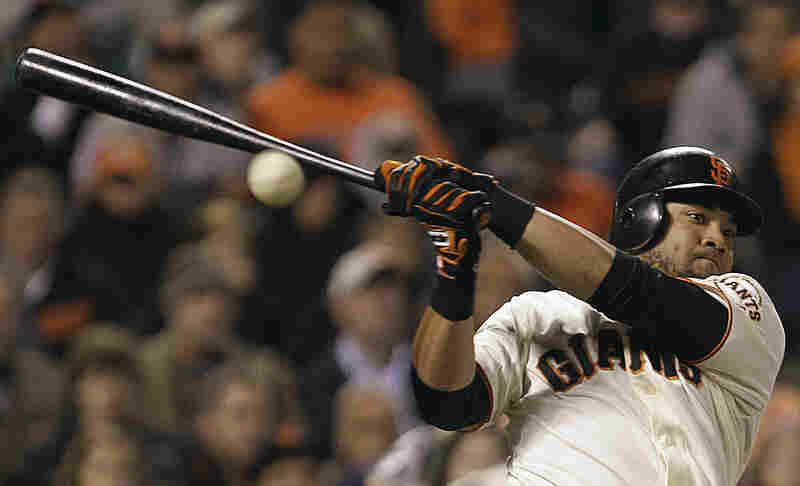 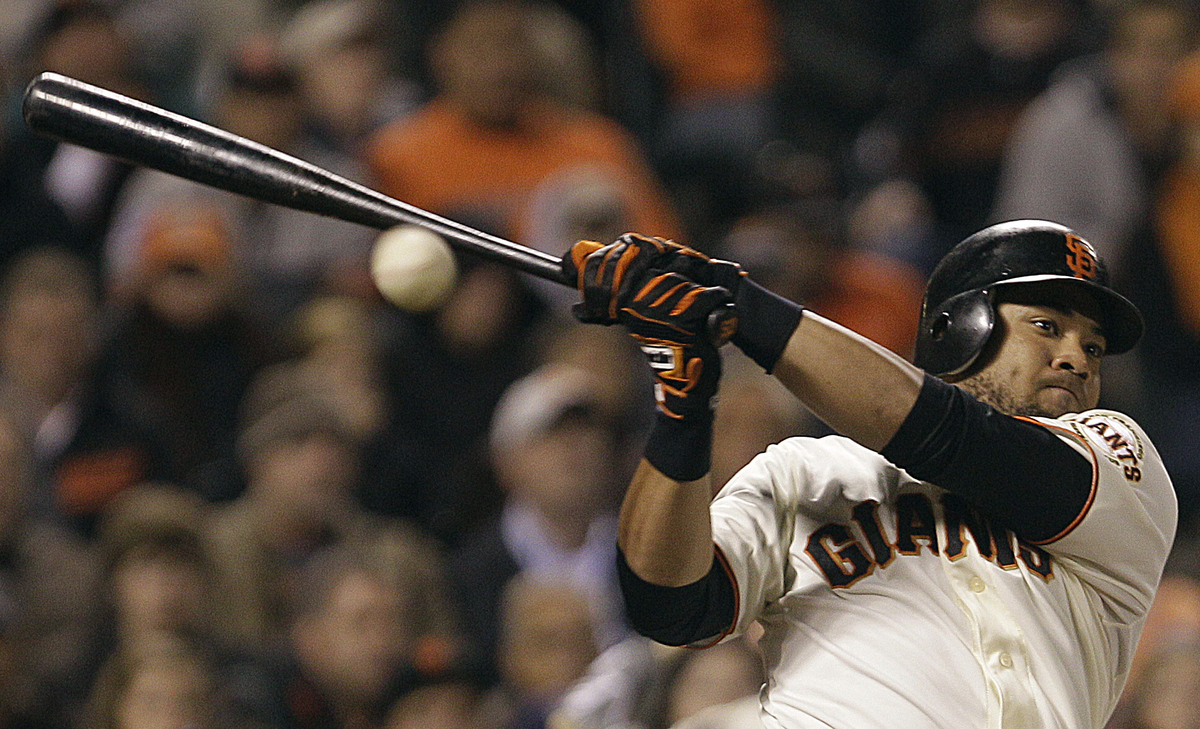 San Francisco Giants' Melky Cabrera fouls off a pitch. Cabrera was suspended Aug 15 for 50 games without pay after testing positive for high levels of testosterone.

Certain forms of art are performed in private. The painter is alone when he paints, the writer likewise.

But the most pertinent aspect of the performing arts is that they are watched. Dance, music, drama and sport are most challenging — and most thrilling — precisely because they are real, before our eyes.

All of them, of course, can be tainted by human foible. We make athletes heroes at our peril. Athletes, for example, fix games. They cheat when they can. They can be cruel on the field, and off it violent brutes — especially in their treatment of women. Just read the paper any day and be disappointed.

But none of these iniquities taken together violates sport as drugs do alone.

Athletics, like the other performing arts, is primarily a function of the body. Yes, it helps to understand well the game you are playing, but, ultimately, sports are physical. They require strength, speed, balance, hand-eye coordination and, often, endurance. To succeed, the athlete must excel in at least one of these qualities or even, in some cases, in a mixture of all. At base, we attend games and we become sports fans because we are enthralled that these young men and women are capable, with their bodies, of what we could never manage with ours. We envy and cheer their graceful superiority.

When athletes take performance-enhancing drugs they destroy that basic truth. Imagine if there were a drug that could improve a tenor's or a soprano's voice, so the notes were purer. That would devalue all opera because the art would be false, the cognoscenti unable to trust what they would be hearing as true human beauty.

Think of that analogy with steroids and HGH to sport.

Visual entertainment certainly doesn't need to be real. Magicians have always performed what they frankly call "tricks." The movies now live by what are advertised as "special effects." But in sports, the bodies must be honest or what's the point? In a horrible way, concussions are good for football; they validate how seriously the bodies function in that game. You need a few matadors gored to sell bullfight tickets.

But drugs — Lance Armstrong on the highest level, and lesser lights like Melky Cabrera and Bartolo Colon — don't just poison the game. They poison our faith. It's only natural now that every rational person must at least wonder whenever any athlete, no matter how revered, does something exceptional. We've been surprised too often, disillusioned too often, suckered too often, hurt too often.

That's why drugs are more of a threat to sport than all the other abuses and deceits put together.