Accessibility links
Paul Ryan's Youthful, But Can He Get The Youth Vote? At 42, Paul Ryan is the first member of a presidential ticket from Generation X. The GOP vice presidential candidate works out and likes the band Rage Against the Machine, but the jury's out on whether his relative youth gives him an advantage with younger voters. 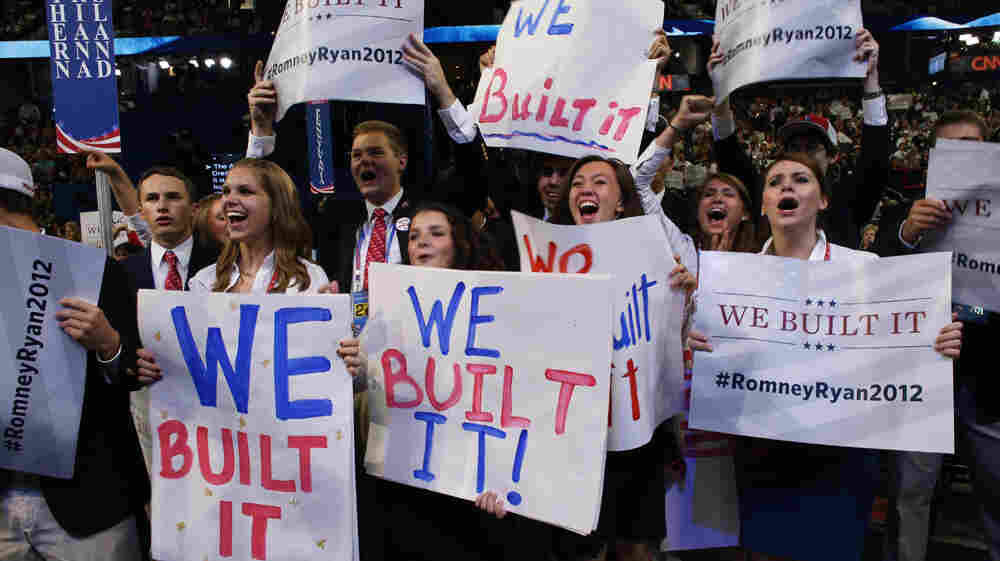 Republicans officially nominated Paul Ryan on Tuesday as Mitt Romney's vice presidential running mate. There's a lot of excitement about the choice, some of it because of the hope that Ryan's youthfulness can benefit the party's image.

When you talk to young conservatives at the Republican National Convention in Tampa about their vice presidential candidate, they're nothing short of dreamy-eyed. Ryan is about as close to a bona fide celebrity as the party's got. What congressman wouldn't welcome the comparisons made to stars like Paul Rudd, Ryan Gosling and Carson Daly?

Luciana Milano, a 20-year-old page at the RNC and a rising junior at Harvard University, says she loves Ryan's image, onstage and off.

"I think that Paul Ryan is one of the most inspiring and charismatic social conservatives," Milano says. "He lives by what he preaches. He's not afraid to stand up for the criticism that he receives. Whatever issue it may be that's related to his core beliefs, he's not afraid to explain in depth."

Milano points out that Ryan is the same age as Tagg Romney, Mitt Romney's oldest son. And while some young Republicans say Ryan doesn't bring the racial or gender balance they'd hoped for, his youthfulness complements the Republican ticket.

It may seem like that youth has been a long time coming for the party. In 2008, Barack Obama was endorsed by actor Matt Damon, trash-talked 20-somethings on the basketball court and traded fist bumps with Michelle. 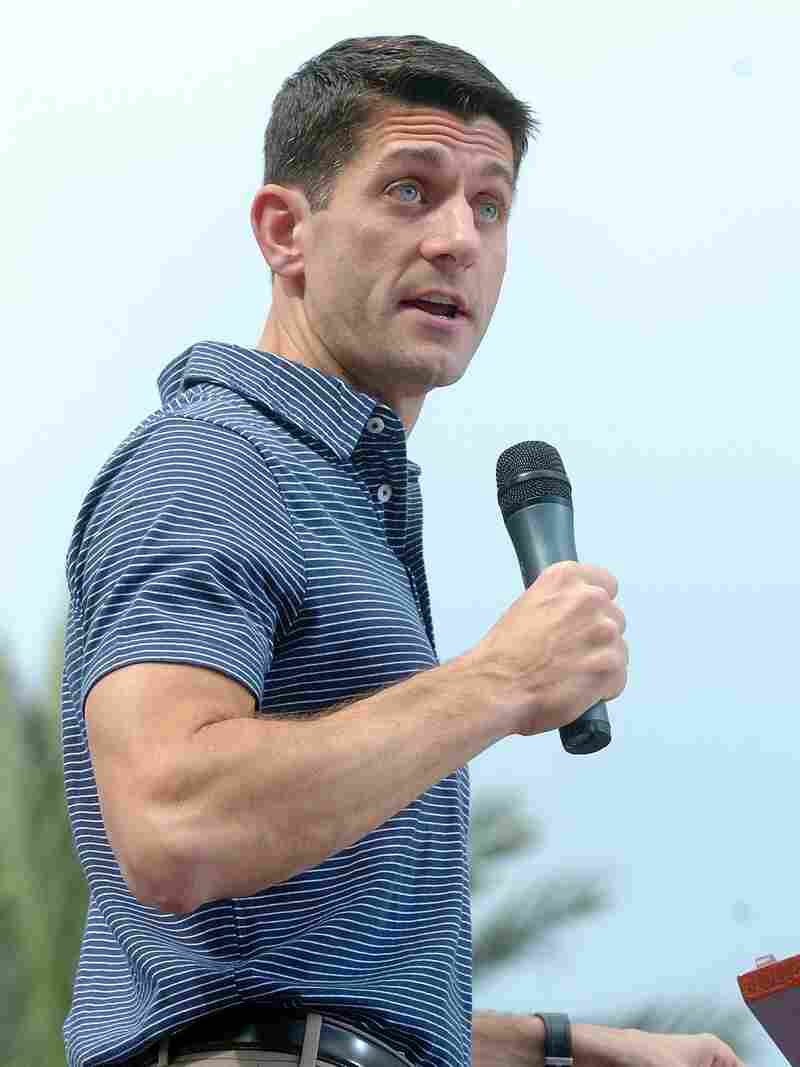 Many Ryan supporters note the candidate's fondness for alternative music and his physical fitness as part of his appeal. Gerardo Mora/Getty Images hide caption 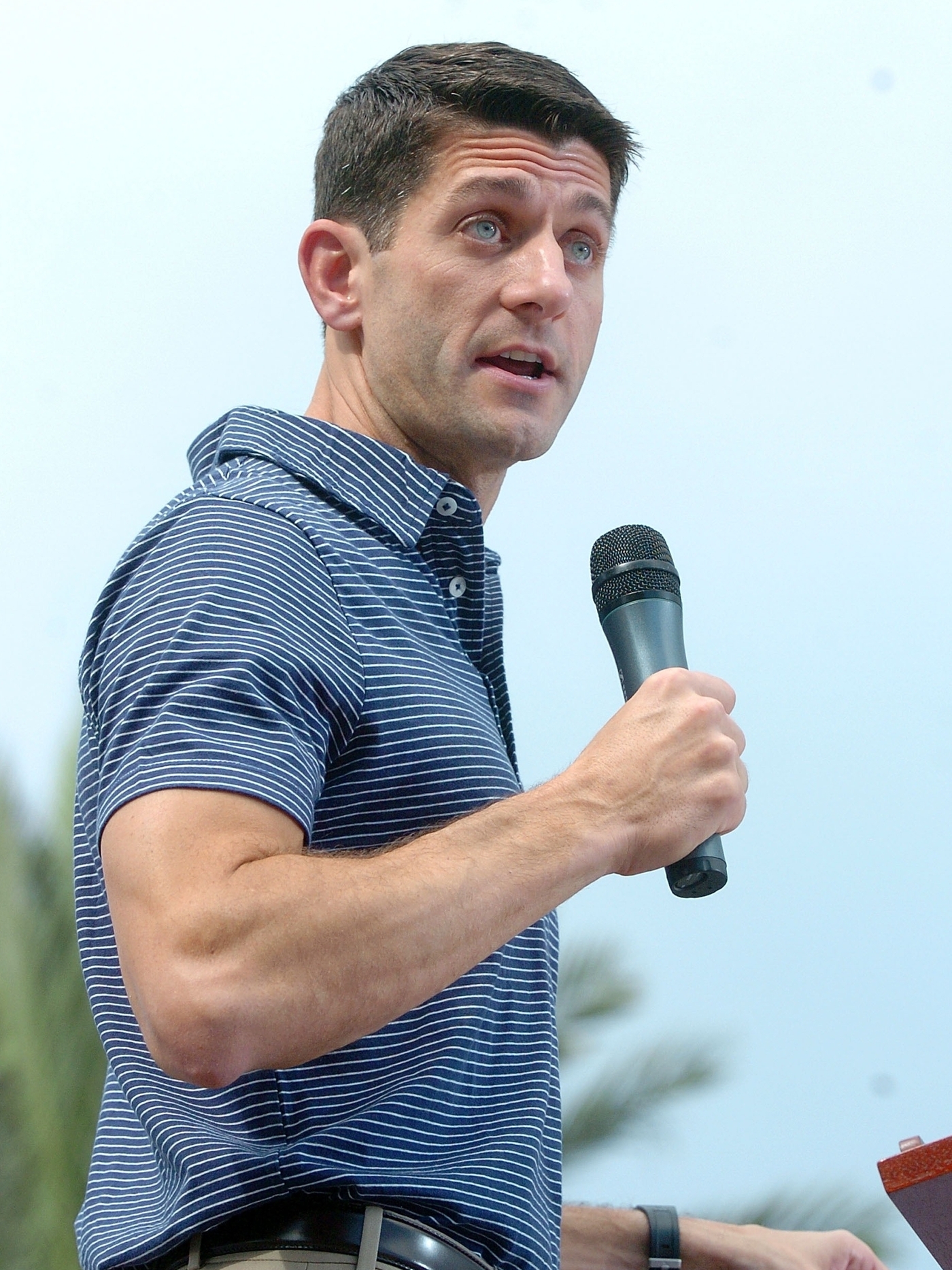 Many Ryan supporters note the candidate's fondness for alternative music and his physical fitness as part of his appeal.

Now, Ryan is getting his pop culture game on, too. There's one reference his admirers seem particularly excited about: The vice presidential candidate listed the alternative rock group Rage Against the Machine among his top music picks.

Ryan also prioritizes his physical appearance. He's practically a spokesperson for the P90X fitness program craze. Conservative pundits are all abuzz about some of Ryan's favorite pastimes, but extreme fitness and alternative rock aren't all that surprising for someone who, at age 42, sits smack in the middle of Generation X.

Susan MacManus, a political science professor at the University of South Florida, says it's the "Ryan combination" that resonates with younger voters. "He bounces into a room, he's got a big smile on his face. He's slim and trim; he looks like he's ready to go," she says. "And yet he has a serious side to himself. And I think a lot of college students aim for that kind of balance in their lives."

Kristin Bradstreet, 20, chairwoman of the University of South Florida College Republicans, says she's excited about what she perceives at Ryan's well-roundedness. "Social issues are there for me. I was raised in a Baptist church. But fiscal issues at this time in my life really are my No. 1," she said.

So while Bradstreet appreciates that Ryan is a family man, she also loves his policy-wonk side, because of his focus on the economy.

"I graduate this December, and I have tons of student loans," she says. "I have six months to get a job and start paying for my loans." Bradstreet didn't spell out how Ryan would ease these worries, but she's confident he will.

"I'm excited to hear Paul Ryan speak," Scuito says. "His plan that I've read through is just so thorough, and when he reads [Congressional Budget Office] calculations, he knows what they mean."

Of course, it's perhaps no surprise that the young party faithful at the convention in Tampa are celebrating Ryan's fiscal policies.

Other young voters like Rosalie Thompson, 27, an independent voter from Tampa, says Ryan's youthfulness doesn't influence her one way or the other; it's his politics that do — and she's not impressed.

"I really think he's turning people off," Thompson says. "He's trying to reach for that vote, but he's failing miserably because he knows nothing about the 99 percent."

But there is an opportunity for Republicans to grab other young voters.

Polling from CIRCLE, a think tank that follows youth civic engagement, shows that first-time voters between 18 and 21 years old are trending slightly more conservative than the rest of the millennial generation.

If Ryan does choose to spend valuable time courting the youth vote, young Florida Republicans have some advice for him.

"Hold events ... that appeal to young voters, and so on ... concerts, if you will, get-out-the-vote outreach, big food events," says Erik Blake, 22.

"Saturday Night Live is one that comes to mind. Barack Obama went on Saturday Night Live, though I didn't think he was particularly funny on it," D'Elia says. "That's something that Paul Ryan could do — maybe if he went on The Daily Show or The Colbert Report. A lot of kids our age get their news from those sources."

Who knows? Maybe it's just a matter of time before the debate over the national budget moves from Tampa to Comedy Central.