Accessibility links
Victor LaValle On Mental Illness, Monsters, Survival In the author's latest novel, The Devil in Silver, a man is mistakenly committed to a mental hospital where a buffalo-headed monster stalks patients at night. LaValle tells Fresh Air why he picked monsters, about his family history of mental illness and how he had his own brush with psychological problems. 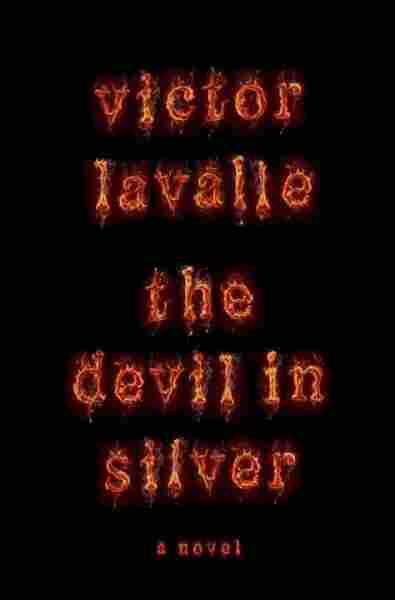 The Devil in Silver

In Victor LaValle's new novel, The Devil in Silver, a man is mistakenly committed to a mental hospital where a buffalo-headed monster stalks patients at night.

The plausibility of a monster roaming the hospital's halls made sense, says LaValle, who has a personal connection to the mentally ill.

"The times that I've been in those hospitals — even as someone who was not even institutionalized at the time — I felt so much like I was in a haunted house," LaValle tells Fresh Air's Terry Gross. "And if I had looked down that hallway, for a week, for a month, for a year, at some point, it would not have been that impossible to believe that I would see something rounding that corner, something strange, something impossible, because my mind could no longer register the reality I was living in. And [it] started creating a horror that in some way symbolized the experience I was going through."

LaValle has a history of schizophrenia and bipolar disease across three generations on both sides of his family.

"I have a very intimate knowledge of the world of the mentally ill and of life inside of especially public hospitals, and the way people are treated in there and the way that they try to survive in there," he says.

He says he wanted to write about the patients in a mental institution in a way that would allow readers who have no knowledge at all of it — and even have some fear of the patients — to understand the main character, Pepper's, journey.

Pepper is not mentally ill, "but he enters this place unaware and slowly becomes aware of the complexity of the people he meets," LaValle says.

LaValle is the author of the short story collection Slapboxing with Jesus, the novel Big Machine and the e-book novella Lucretia and the Kroons. He's the recipient of a Guggenheim Fellowship and teaches writing at Columbia University. 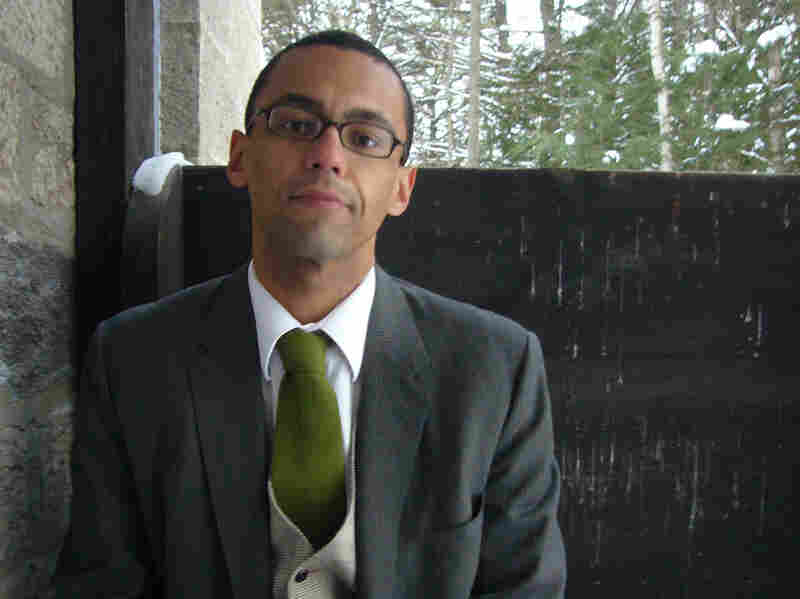 Victor LaValle is also the author of Slapboxing with Jesus, The Ecstatic and Big Machine. E. Robateu/Random House hide caption 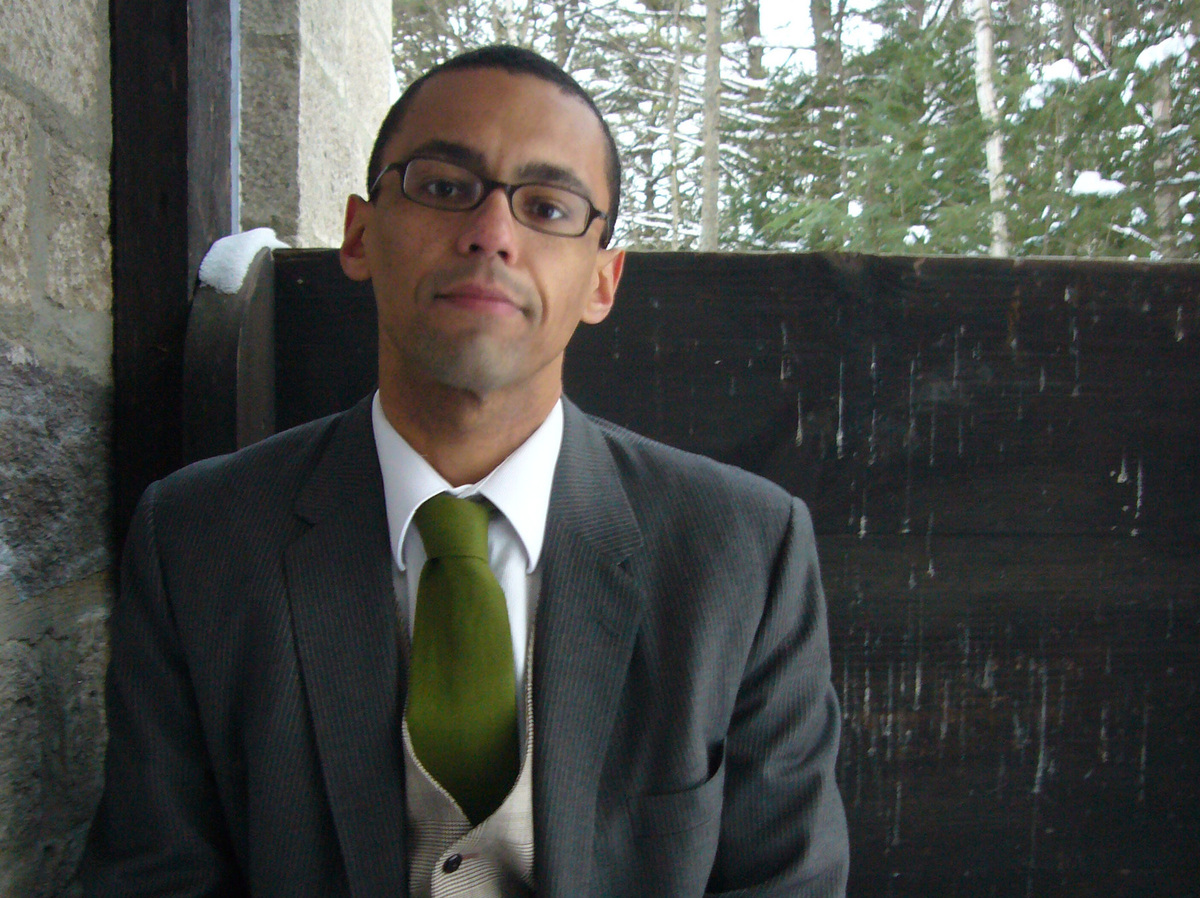 Victor LaValle is also the author of Slapboxing with Jesus, The Ecstatic and Big Machine.

On his love of monsters, especially Godzilla

"What's beautiful about Godzilla is, of course, it's in every way a symbol of Japan dealing with the aftermath of the atomic bombs being dropped on them, and their ideas of how they're affected by it. But rather than make a movie where they sit around and say, 'Man, that was really rough — those bombs really did a lot of damage,' they said, 'What did it feel like? It felt like a 100-foot-tall giant lizard came through our city and crushed it.' And I really felt I understood that experience to some degree. I really connected with that fear and that power because, at times, when I was a kid, I would say the chaos in my household — the chaos in my life — felt very much like a 100-foot reptile crushing everyone and everything."

On growing up in a loving but chaotic household

"The unpredictability of day-to-day life — even though it was an incredibly loving household, I don't want to misrepresent my family ... [they're a] very loving group of people, worked hard, strong people — but day to day, things could shift quite far. Someone who lived in the home might not be staying at the home for a little while because they were having some trouble, and they had to go away, and someone else was going to take care of us for a little while. This sort of cycling back and forth ... one shock after another, and to a kid, 3, 5, 10 — even up to teenage years — it felt like again and again, one life has just been ended and a new life begins, and then you live that for two years, and then you start a new life because this person has come back and is doing better, and in that way, it just felt that powerful to me."

On his own mental health

"I had a pretty bad time when I was an undergraduate at Cornell University. I failed out of school. I was much, much heavier. I was doing very poorly, certainly academically, but even mentally. ... I've never been institutionalized, [but] it doesn't mean I haven't had brushes with real psychological problems — I just was never hospitalized for it.

"And I managed to graduate after working pretty hard through some summer courses, but at the end of that time, I honestly didn't know what I was going to do or where I was going to go, because I was just a mess in every way. I had destroyed myself, is the truth of it. ... I had tried to do myself in in various ways, and then, to my utter surprise, some people who were close to me suggested that maybe I talk to someone, I get a little help, and I found some people who helped me out. ... They did a lot for me. They helped me psychologically and, quite frankly, even just to feel like, 'You can do this thing you want to do,' which was write, and I wasn't really believing I could do that, either."

On why he started writing at doughnut shops

"I was dragged kicking and screaming to this alternative, but what happened was my wife gave birth to our son, and this was the summer of his birth, so both of us needed to be somewhat close by; we just couldn't go that far. We could only give each other about two hours out of the house apiece to even just unwind and relax, but also to work on our writing, so that meant I had to pick some place close by. And at first I would drown the people out with white noise in my headphones, but as I was continuing to work on the novel and I had this large cast of patients, I started to realize that these people coming in and out were in many ways the best example of a broad swath of humanity, and that, on some level or another, they were rarely going to make it into a work of fiction that was going to treat them as human beings and not caricatures, if I could assume that, and that I wanted to do them the solid of making them real, tangible, interesting people. And so at some point, I started taking off the headphones and just drinking them in, listening to their conversations, watching them."

On what motivated him to overcome food addiction

"If I'm totally honest, I sold my first book. ... It was a collection of short stories, and at around that time I remember I saw this episode of Law and Order, and the two cops, whichever two actors were playing the two cops then, they go to a bookstore to look up the purchases of some credit card, and there's a sign there that says, 'Romantic Poetry by author so-and-so.' And the cop says to the clerk, 'That must have been a real night for the ladies.' And the clerk just in passing says, 'Yeah, 300-pound guy reading love poems' — like that, complete sarcasm. But I sat there like, 'Oh, that's what they're going to say [about me]. That's all they're going to focus on is, 'That guy came through the door and read something. I don't remember what it was, but he was 300 pounds.' And my vanity just kicked in. I cannot let that be the thing that they will say. I couldn't really save myself just for myself, but for my author photo, I could do it."

"I had been a metal head for a number of years by that point, so it was in my DNA — there was no way I was going to lose that. And what I got to have then was the influence of hip-hop. Hip-hop was the music that everyone was listening to in Rosedale, not to mention much of the rest of the United States, but it was just starting to really bubble up and become the popular music. And I just got to take that on as well, and it was only years later that I sort of thought about it and realized both hip-hop and heavy metal are both working-class male power fantasies, right? That's all they are: 'I sold my soul to the devil and I am now an overlord,' or, 'Look at my car, I got a lot of money.' They are both about, 'I don't have anything but I want to get something,' and for that reason, both of them had a great impact on me, and it wasn't so hard to take both on."

Read an excerpt of The Devil in Silver