Accessibility links
Seals' Comeback Spells Sharks And Trouble to Massachusetts Coast A federal law that protects gray and harbor seals has led to a population boom off the coast of Cape Cod. Fishermen and residents say the seals have become a nuisance, and the first shark attack in Massachusetts in 76 years is now fueling a contentious debate.

Before the Marine Mammal Protection Act was passed 40 years ago, early New Englanders had nearly hunted seals to death. They wanted them for their furs and to keep them from eating cod. Massachusetts even paid bounties on seals: $5 per nose. 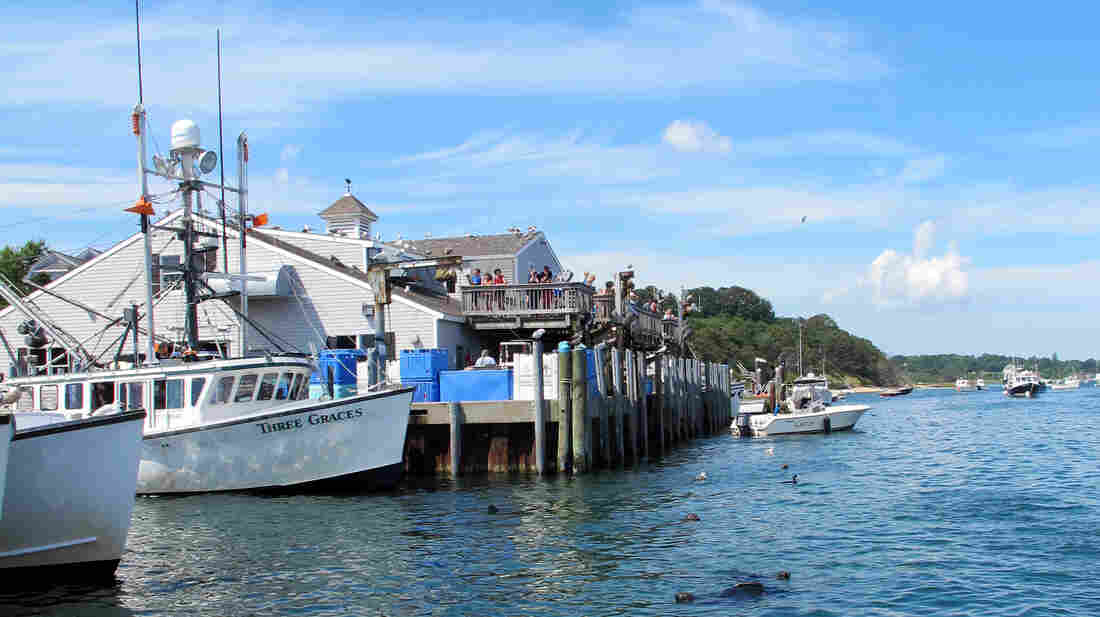 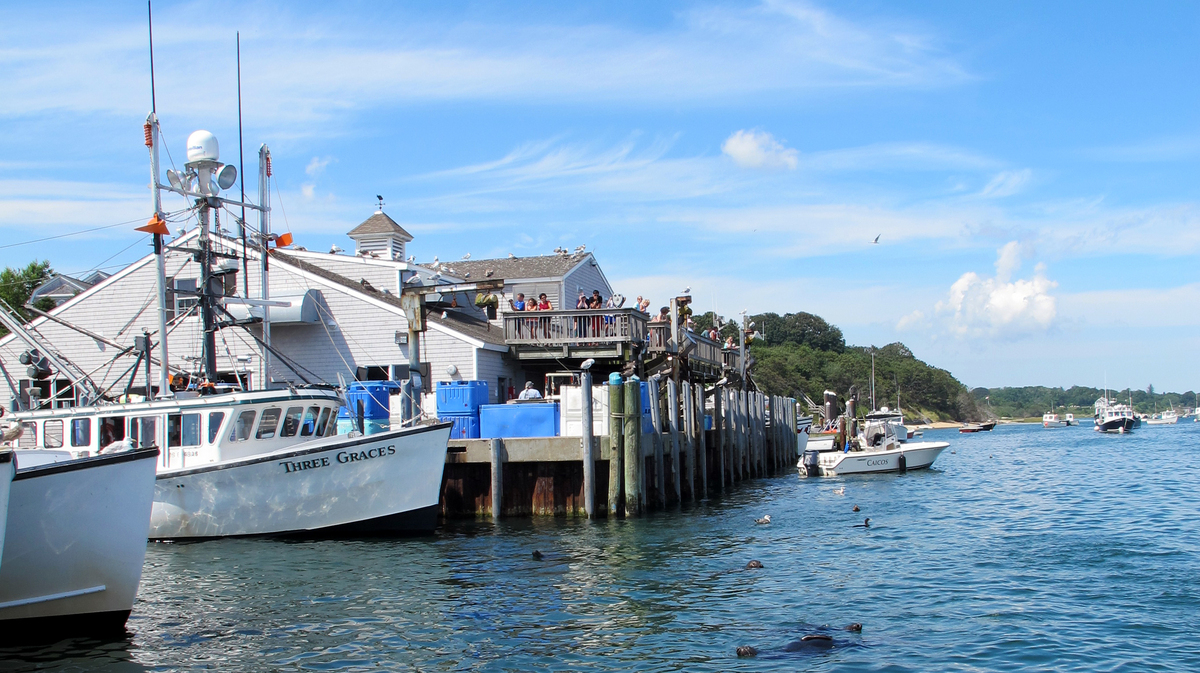 Seals swim among the docked boats at Chatham's fish pier, waiting for a free meal.

The act has helped gray seals and harbor seals recolonize New England waters, but fishermen off the coast of Cape Cod say they have become a nuisance.

There's No Such Thing As A Free Lunch

A busy fishing harbor like the one in Chatham, Mass., is a swell place for the seals. Fisherman Sam Fuller says the lazy pinnipeds have learned to follow his boat like a chuck wagon, waiting for the crews to pull in nets full of fish. 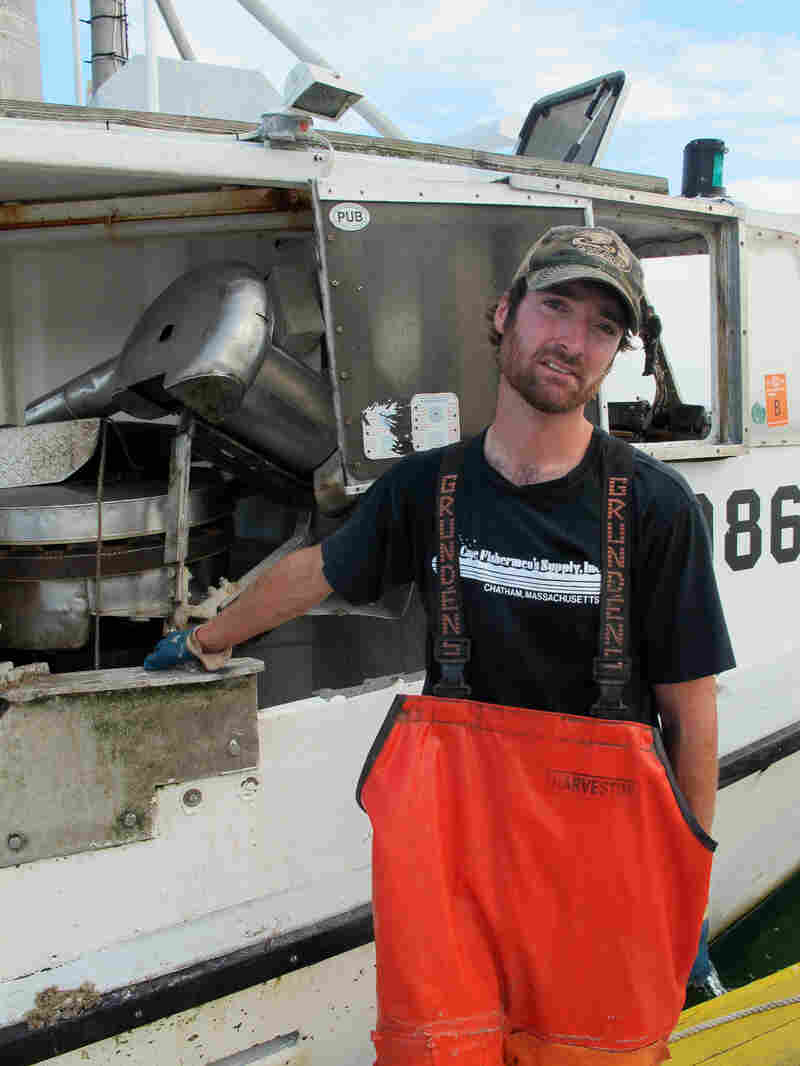 Commercial fisherman Sam Fuller says the seals eat the fish out of the nets as they're being pulled up. Curt Nickisch for NPR hide caption 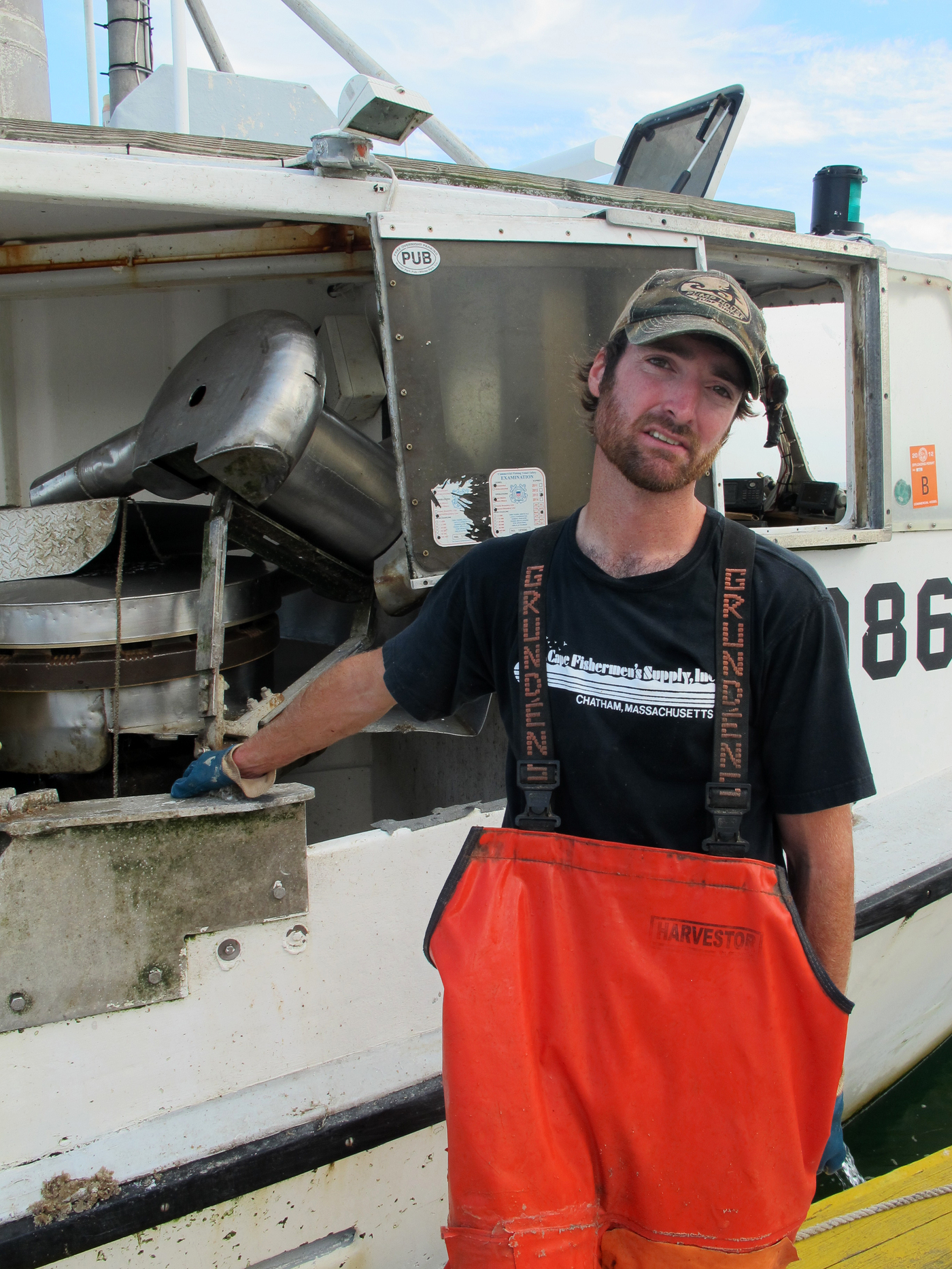 Commercial fisherman Sam Fuller says the seals eat the fish out of the nets as they're being pulled up.

"The seals just sit there and eat the fish out of the net as it's coming up into the boat," Fuller says.

Their sharp teeth also tear the nets, which can cost hundreds of dollars to replace.

The law that banned hunting the seals also bans any kind of harassing, so fishermen cannot shoo them away from their catch. Residents angry that their pricey beachfront property has become a favorite sunbathing spot for 300-pound sea mammals have their hands tied as well.

Ron Eppler, a dock worker, says fishermen should be able to do something about the problem. "If you own a ranch in Montana, and you've got a wolf problem or a coyote problem, you're allowed to protect your livestock," he says.

While the seals bug some locals, they are still a hit with tourists and children. "It's the busiest it's been," says Dylan Preston, an employee of Beachcomber Tours, who notes that seal watching boats have been selling out this summer. "I mean, sometimes we'll have seven to eight tours going out a day, which is pretty crazy. A good year, definitely."

But seals are also popular with bigger predators unconstrained by federal law. Last week, a family boating off Chatham saw a great white shark devouring a seal carcass. Last month, a swimmer was mauled by one.

Sharks! Several Great Whites Spotted Off Atlantic And Pacific Beaches July 3, 2012
How Do Land Birds End Up In A Tiger Shark's Belly? Jan. 12, 2012

Gregory Skomal, a state shark biologist, says the sharks are back because the prey is back.

Stephanie Wood, a biologist with the National Marine Fisheries Service, says that the ecosystem is still finding a renewed balance. She says the seal population has tripled over the last dozen years, but will eventually level off.

"There's only so much food and space," Wood says. "But I don't think we have any specific idea of when seals in Massachusetts are going to reach carrying capacity."

An aerial survey last year counted 15,000 seals in Massachusetts waters. For John Our, a fishing boat captain in Chatham harbor, it is like competing with 15,000 fishermen who don't have limits. He is pessimistic about controlling the seals.

"It would take an act of Congress," Our says. "And there's not a congressman in his right mind that's going to be the first one out that says, 'Let's go harvest seals.' "