Accessibility links
Isaac's Size, Speed Help It Pack A Heavyweight Punch The storm may not have had the intensity of other Gulf hurricanes of recent years, but its slow movement and wide coverage area create their own problems. 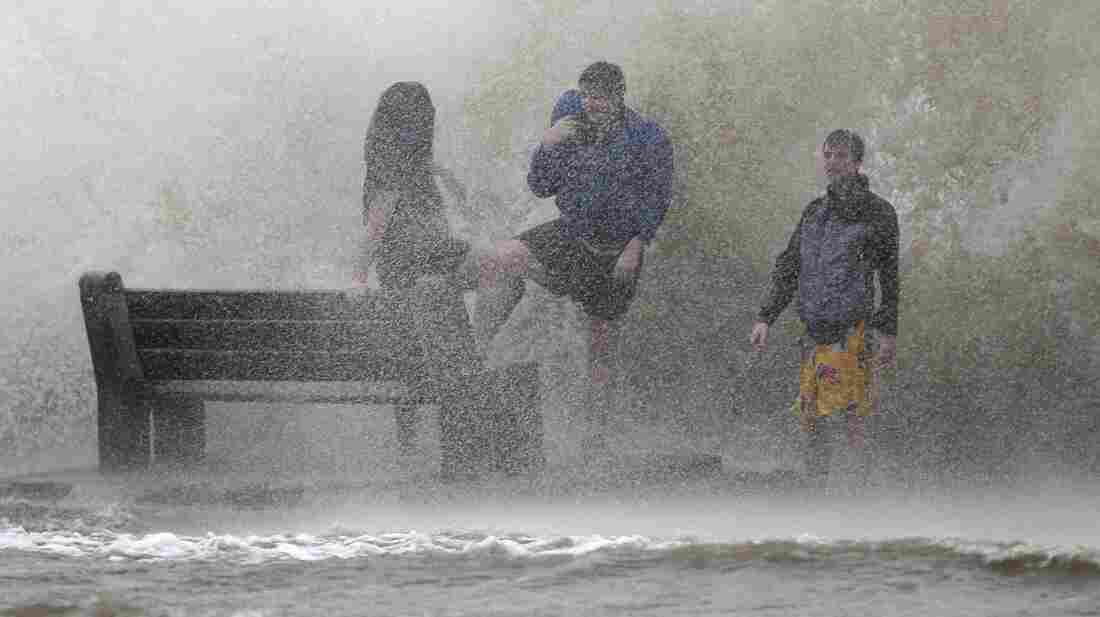 People walk in the storm surge from Hurricane Isaac along Lake Pontchartrain in New Orleans. Isaac was later downgraded to a tropical storm as it continued to grind its way through the Gulf Coast, dropping torrential rain and generating dangerous storm surges. Gerald Herbert/AP hide caption 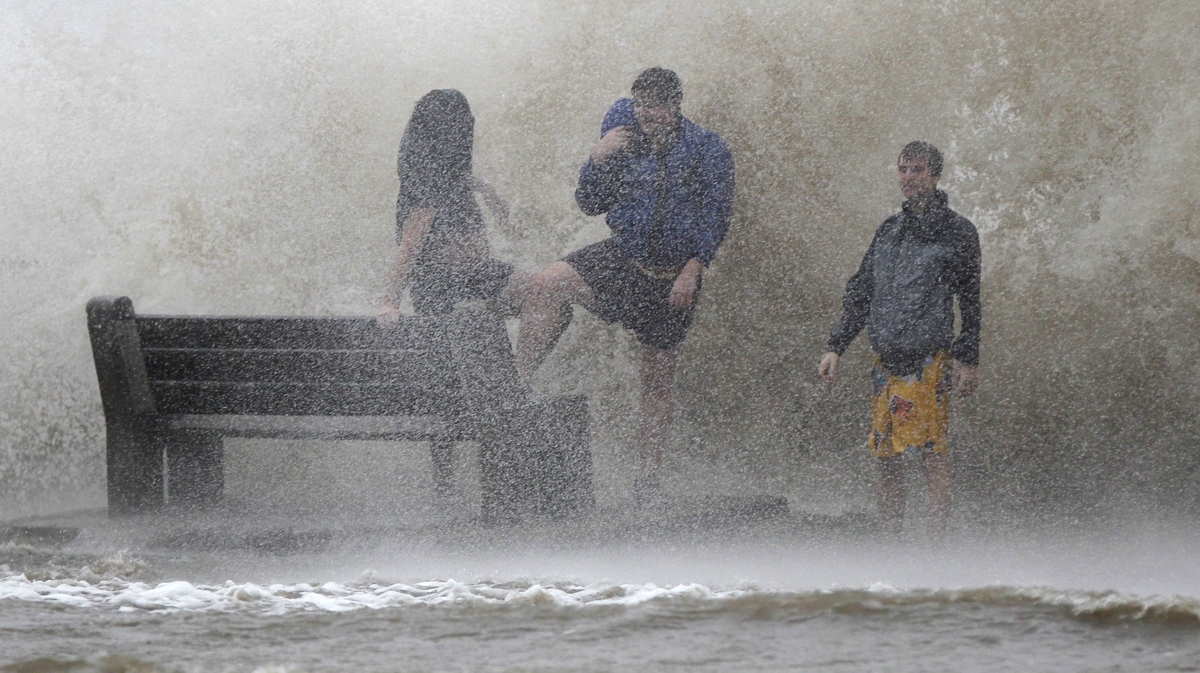 People walk in the storm surge from Hurricane Isaac along Lake Pontchartrain in New Orleans. Isaac was later downgraded to a tropical storm as it continued to grind its way through the Gulf Coast, dropping torrential rain and generating dangerous storm surges.

Isaac might not be in the same league as Hurricane Katrina seven years ago, but the latest storm to batter Louisiana's Gulf Coast is punching above its weight class in more ways than one, scientists say.

The 2005 Hurricane Katrina, which devastated Louisiana and parts of Mississippi and Alabama, was a Category 3 storm (sustained winds of 125 mph) moving at about 15 mph when it made landfall on the Gulf Coast. By comparison, Isaac was a weak Category 1 storm as measured on the Saffir-Simpson scale, with sustained winds of 74-95 mph. By Wednesday afternoon, Isaac had been downgraded to a tropical storm, although it still was close to the Gulf Coast and continued to dump torrential rain.

While Isaac is considerably less intense than Katrina, it is large and slow — a dangerous combination — and it's moving west of the Mississippi River, a track that intensifies storm surge, says Timothy Schott, a meteorologist at the National Weather Service's Tropical Cyclone Program.

Measuring Isaac on three criteria — storm surge, rainfall and wind — Schott would rate the storm "high impact" on all of them.

Even though the winds are Category 1, the slow movement of the storm increases their effect, he says. "There's also a connection between the size of the storm and the storm surge," Schott says. "We're seeing the storm surge inundation values coming in at 8, 9, 10 feet in those southeast Louisiana parishes."

When it comes to predicting storm surge, a lot of factors come into play, says Brian McNoldy, a senior research assistant at the Rosenstiel School of Marine and Atmospheric Science at the University of Miami.

Among the questions: How large is the storm? How far do the tropical-force winds extend? How fast is it moving and how long has it been moving in the same way? How deep is the ocean offshore?

"Then the onshore land makes a difference too," McNoldy says. "If the land is really, really flat, like New Orleans, the storm surge can go a lot farther inland."

Putting 'The Cork' In Place

And, with Isaac moving overland at less than 10 mph, Isaac will have plenty of time — perhaps 20 hours in some areas — to bottle up storm surge in the Mississippi, effectively placing a cork in the bottom as it continues to add more water in the form of torrential rainfall.

It's not uncommon for hurricanes in the Gulf of Mexico to be relatively slow movers and Isaac had been forecast to be just that, Schott says.

"Not every storm moves quickly and sometimes along the Gulf Coast and at these lower latitudes, the storms can slow down as this one has and as it was expected to do," he says.

McNoldy calls Isaac's stalling out over one of the most vulnerable flood plains in the country just "bad timing," but says it could have been far worse.

"We just got really lucky that this didn't strengthen more as it was moving across the Gulf of Mexico these last few days," he says.

Better forecasting has also been a boon. It turns out that models are getting quite good at predicting a storm's path, its speed and even the elusive storm surge. But predicting a hurricane's intensity has proved more difficult, McNoldy says.

"For intensity, in some cases we don't even know if we're putting the right data into the models," he says.