Accessibility links
Haves And Have-Nots In 'NW' London How much do the people who've made it owe to the people who've been left behind? That question is at the heart of Zadie Smith's new novel NW, a nuanced and disturbing look at class issues in a working-class northwest London neighborhood. 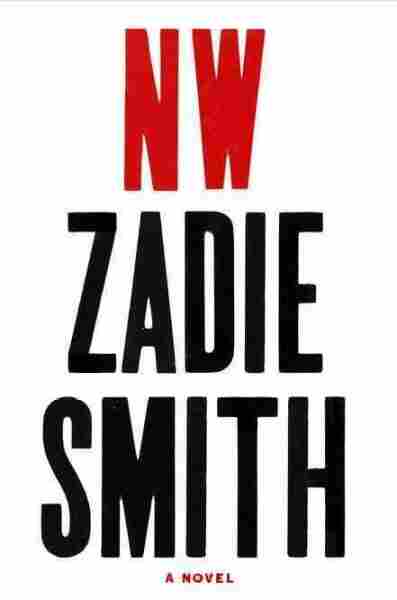 Some postal codes encapsulate a socioeconomic profile in tidy shorthand: 10021 for Manhattan's tony Upper East Side, NW6 and NW10 for London's racially mixed, resolutely ungentrified northwest quadrant. Zadie Smith's London birthplace — a major wellspring of her work — is the setting of NW, her ambitious though somewhat dilatory fourth novel, which tackles issues of fortune and failure, class and ethnicity, and the often guilt-inducing and sometimes blurry lines between them.

The daughter of an English salesman and a Jamaican mother, Smith attended King's College, Cambridge on scholarship, where she wrote her spectacularly successful first novel, White Teeth, published in 2000. She divides her time between London and New York, where she's a professor of creative writing at New York University, yet she's neither forgotten nor abandoned her working class roots in Northwest London. Underlying much of her writing — and at the heart of NW — are questions about what, if anything, people who elevate themselves by dint of superior education owe to those less fortunate.

NW follows the widely divergent paths of four thirtysomethings who grew up in a council estate — the English equivalent of American inner-city low-income housing projects — in Northwest London. Hardworking, driven Keisha Blake, "the kind of person who thought three years ahead about the important things in life" and "could not start something without finishing it," changed her name to Natalie in law school and seems to have it all: a high-flying career as a barrister, a handsome, wealthy, Italian-Trinidadian husband in finance, two children, a posh home. But she feels hollow, only able to "justify herself to herself when she worked." Her rather unbelievable response is to act out with a form of risky behavior which Smith gently ridicules, and which I'll leave to readers to discover for themselves. 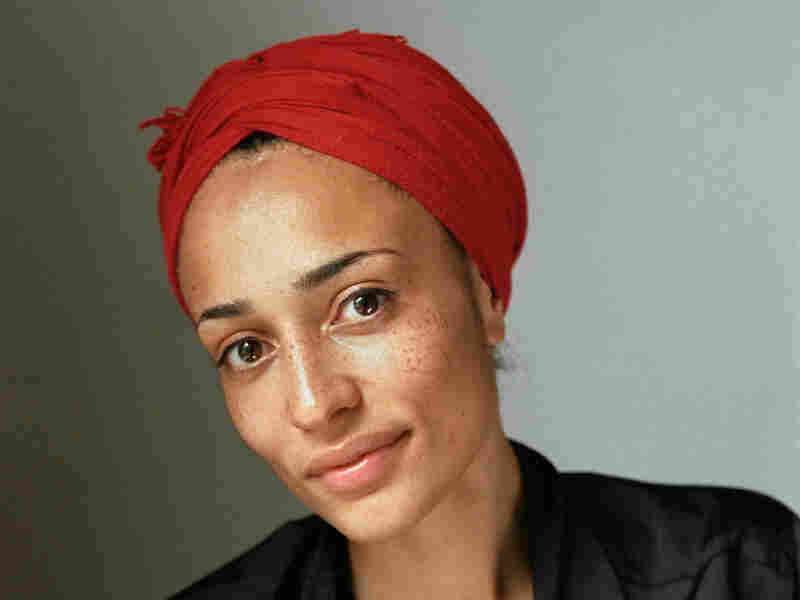 Zadie Smith is the author of White Teeth and On Beauty. Dominique Nabokov/Penguin Group hide caption 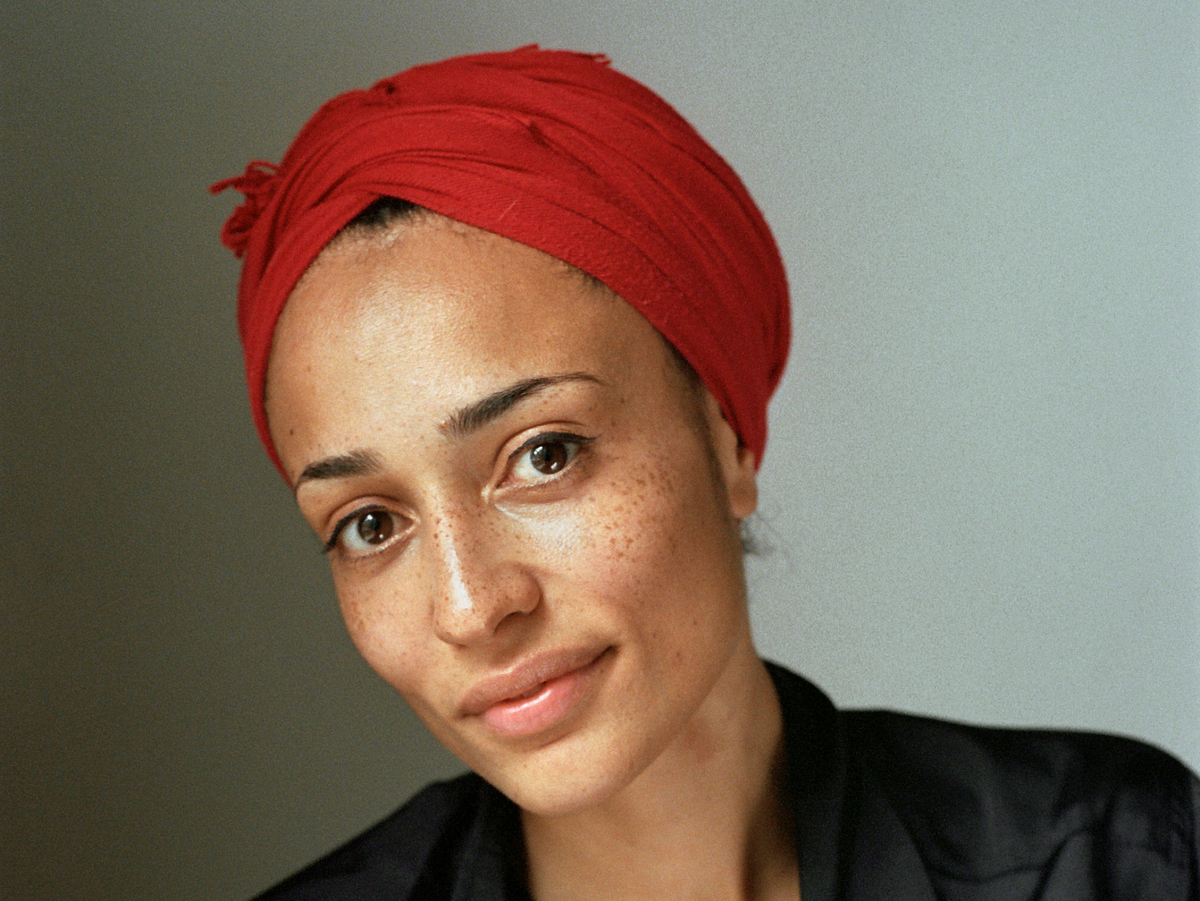 Zadie Smith is the author of White Teeth and On Beauty.

Natalie Blake's best friend from early childhood, Leah Hanwell, suffers from a different sort of alienation. Married to a loving, ambitious French-African hairdresser named Michel who is desperate for children and advancement, Leah chafes at the notion that you have to keep moving onward and upward. Never fully capitalizing on her hard-won education, she's the only white person at the lowly administrative job she wasn't expected to stick with for six months, never mind six years. Her heart aches for dogs, crack addicts, even the woman who scams her out of 30 pounds. Michel's attitude is that "not everyone can be invited to the party. Not this century. Cruel opinion — she doesn't share it. In marriage not everything is shared." This rift between bleeding hearts and cauterized pragmatism is the crux of what Smith is getting at in NW.

Get there she does, though readers should be warned that she takes a circuitous route along three initially disjunctive story lines. Her tightly interior narratives are telegraphic and elliptical. Leah's lament and Keisha/Natalie's even more extensive saga sandwich an account of what turns out to be the last day in the life of Felix Cooper, a former drug dealer who's been inspired by his hardworking new girlfriend to make something of his life. Woven throughout are oblique encounters with the fourth and most hapless refugee from the Caldwell council estate, a ne'er-do-well former crush of Leah's named Nathan Bogle.

Our Exclusive First Read Of 'NW'

Smith tests our patience by switching abruptly from Felix's tragic tale to Natalie's overly long story. What keeps us reading is not just faith that this accomplished writer will pull it all together in the end, but her pitch perfect ear and remarkable sensitivity to shades of hope and hopelessness, shame and posturing. "I should chip," Felix says when he takes leave of his Rastafarian father. "Bell me later," Leah instructs Keisha. "Someone got juked innit," a kid on a bike comments about a police roadblock in response to an "incident." Smith masterfully dramatizes how quickly the "persistent incivility" of a man smoking in a playground or of belligerent young toughs who refuse to stand for a pregnant woman in the subway can turn from ominous to ugly, and she's equally adept at skewering one of Natalie's upscale dinner parties: "The spinach is farm to table. Everyone comes together for a moment to complain about the evils of technology, what a disaster, especially for teenagers, yet most people have their phone laid next to their dinner plates."

NW offers a nuanced, disturbing exploration of the boundaries, some porous, some impenetrable, between people living cheek by jowl in urban centers where the widening gap between haves and have-nots has created chasms into which we're all in danger of falling.