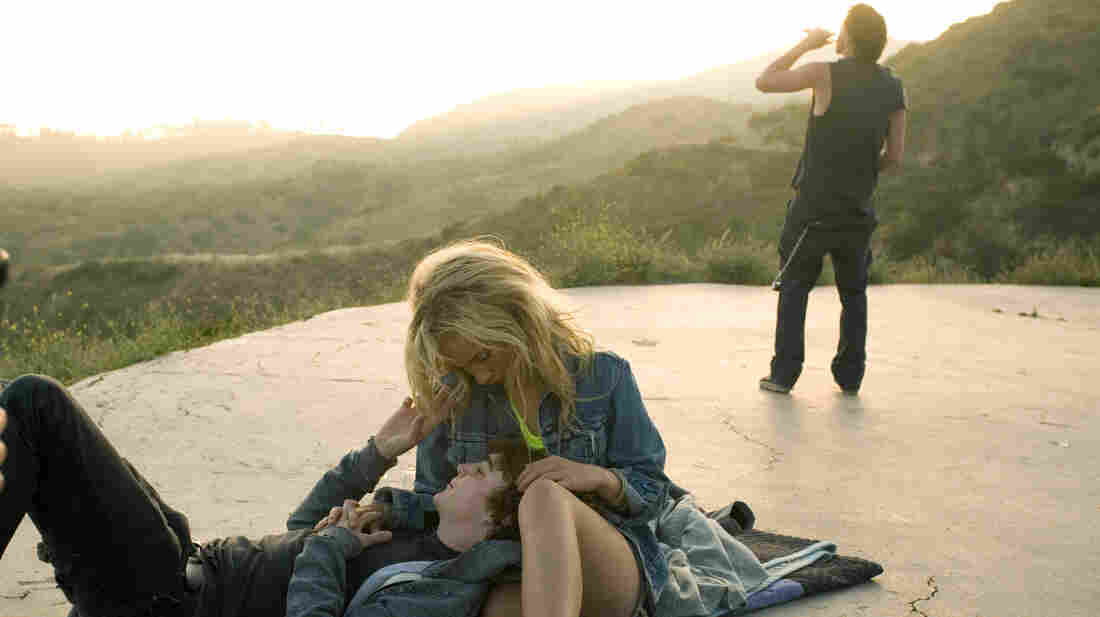 Rated R for pervasive language, some violence including a sexual assault, sexuality/nudity, drug and alcohol use — all involving teens

The title of Elgin James' debut feature, Little Birds, refers to the two teenage girls at its center. But for all the sweetness and fragility that title suggests, one of those girls, Lily (Juno Temple), has a knack for destruction better suited to a charging rhino.

Lily, in fact, is the stuff of parents' worst nightmares about what their children might become as teenagers: sullen, willful, cruel, smart enough to know how to hurt those closest to her with a few well-chosen words but too dumb to know how to protect herself from harm.

Lily's best and only friend — the only person who isn't related to her by blood and is willing to tolerate her abuse — is Allison (Kay Panabaker), a shy girl who either remembers a time when Lily wasn't intent on using every word like a hurt-seeking missile, or whose opinion of herself is so low that she feels lucky she has a friend at all.

The desperation for companionship is a function of geography: The girls are growing up in an economically depressed community on the bank of California's Salton Sea, a place that feels post-apocalyptic, designed to foster loneliness and desperation.

It's the sort of place where little boys casually abuse chained dogs out of boredom, and kids mete out street justice because their parents are alcoholic, neglectful or simply absent. If there's anything worse than enduring a place like this, it must be enduring it alone.

James' film excels at setting the mood of this place, quickly establishing a pervasive sense of despair. When Lily meets Jesse (Kyle Gallner), a teenage runaway from Los Angeles, who shows up with his crew to skateboard in the abandoned backyard pools of her town, he comments to her on how bad the place smells. The way James portrays it, this comes as no surprise: The place looks like it's decaying under its residents' feet. 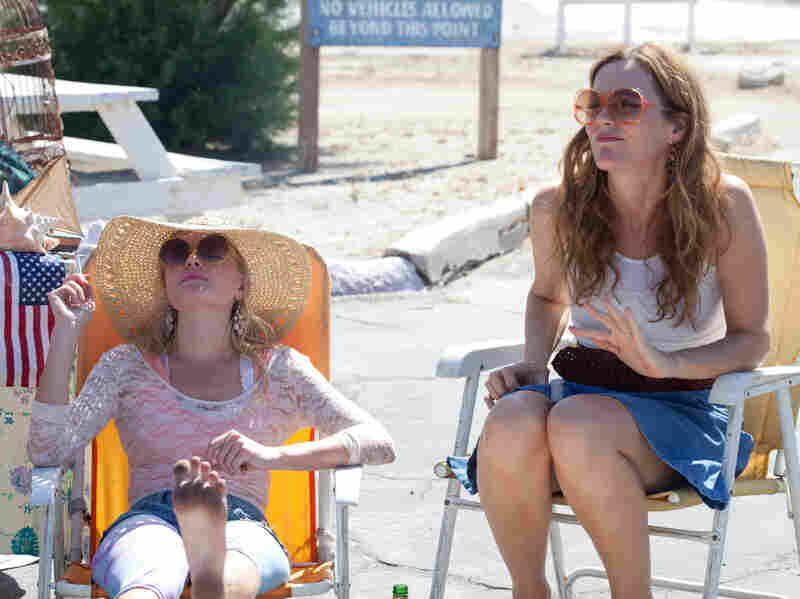 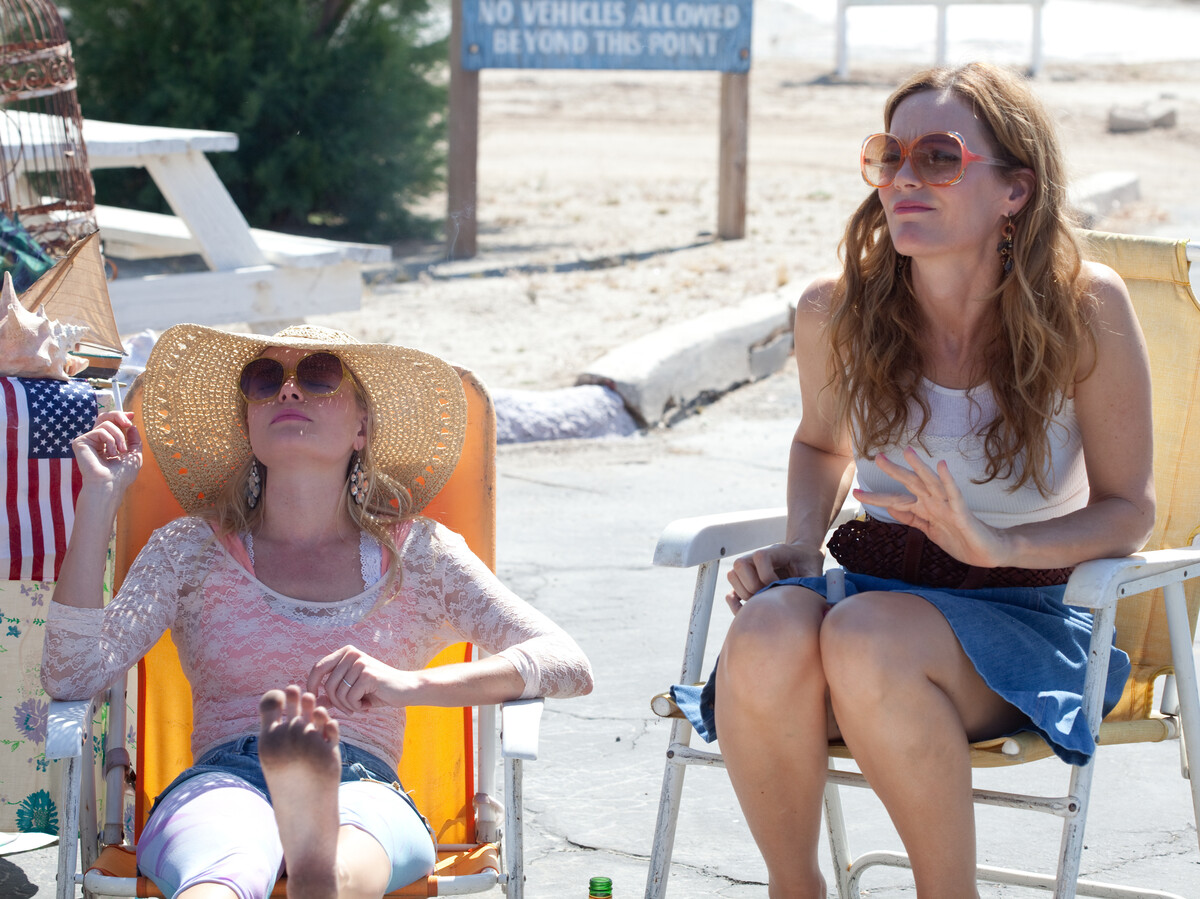 Bonnie (Kate Bosworth) and Lily's mother, Margaret (Leslie Mann), soak up the rays in the ravaged landscape where Little Birds finds its setting.

But James applies the same broad strokes to character as well as to place. These people are as extreme as their environment, and the lack of nuance gives them a kind of fairy-tale anchor to either good or evil that feels at odds with the gritty realism James also seems to be going for.

You can easily chart these characters on a moral-ethical alignment grid: Allison is the picture of the lawful good type, going into a convenience store to pay for the items that Lily has just shoplifted, and only stealing a truck from her friend and father figure Hogan (Neal McDonough) because she's afraid Lily will hitch a ride with a murderer to get to L.A. to visit Jesse.

Jesse's gang of skate punks are chaotic evil, committing random acts of violence to get money to survive. Lily is ostensibly stuck in the middle, being pulled in both directions, but the moment she sees the leader of the skaters casually destroying abandoned appliances, there's no contest: She's on his team.

Before she even gets there, though, between her constant deriding of her best friend as a "baby" and her tearing down her mother at every opportunity, it's obvious she's already made her choice. Her occasional compassion for the defenseless is as useless to her personality as a vestigial tail.

When Lily and Allison get to L.A., things take particularly bad turns, as you might expect in a film that fits neatly into the tradition of teenage self-destruction films like Catherine Hardwicke's Thirteen or Penelope Spheeris' Suburbia. But the air of inevitability about these characters and their choices makes it seem like more of an exercise in dramatic shock techniques than an honest narrative.

Temple is excellent in the lead role, but there's nowhere for her character to go; if she's meant to be significantly changed by the horrors she witnesses and participates in while hanging out with Jesse's gang of miscreants, the movie doesn't succeed in being convincing about it. Despair may be an emotion of emptiness, of the absence of hope, but that doesn't mean a movie about someone spiraling down into that emotion has to feel so empty as well.