Accessibility links
American Taliban Sues For Religious Freedom John Walker Lindh's lawsuit says a prison ban on group prayer violates his right to practice his religion freely. But the government argues that group prayer would allow the prisoners to undermine safety and plot together. 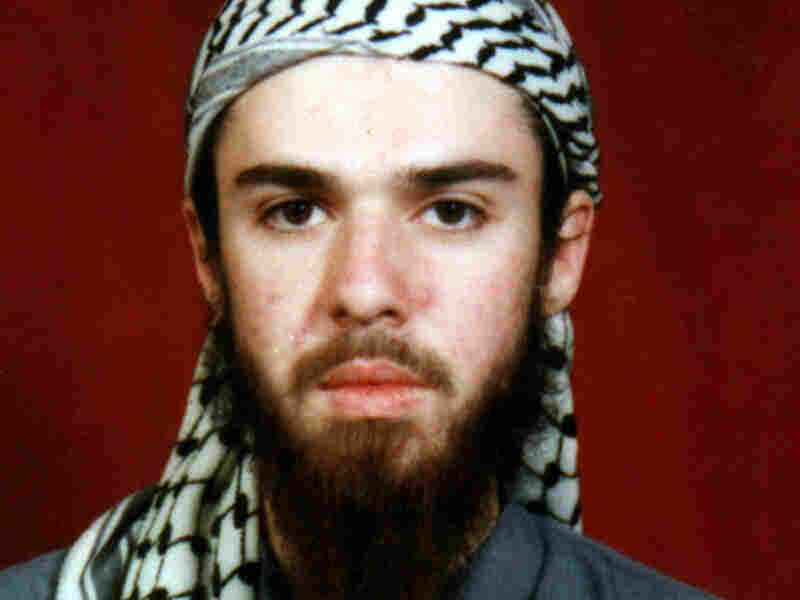 John Walker Lindh was captured in Afghanistan in 2002 after fighting with the Taliban. AP hide caption 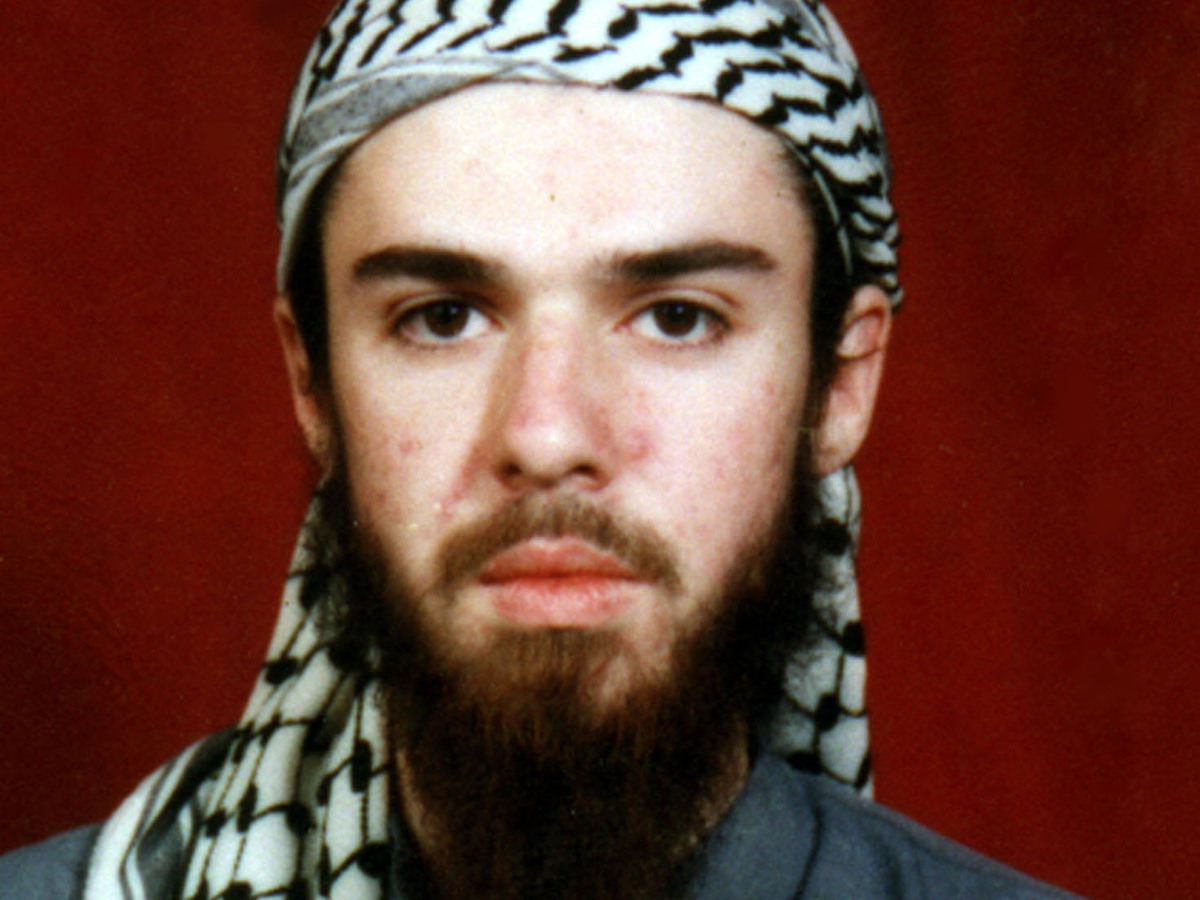 John Walker Lindh was captured in Afghanistan in 2002 after fighting with the Taliban.

Should Muslims convicted of terrorism be allowed to gather together in prison to pray? That's the question being raised by John Walker Lindh, the so-called American Taliban.

The U.S. citizen converted to Islam as a teenager. Shortly after the Sept. 11, 2001, terrorist attacks, Lindh was caught in Afghanistan. He pleaded guilty to aiding the now defunct Taliban government there and to carrying a weapon.

He's been serving a 20-year sentence in a high-security section of a federal prison in Terre Haute, Ind. In the Communications Management Unit, guards monitor his every word and action, as well as those of two dozen other Muslim prisoners.

Now, Lindh is suing the U.S. government, saying the prison is stifling his religious freedom. He says his faith requires him to pray with fellow Muslims up to five times a day. But the prison will allow only one group prayer a week.

"A congregational prayer elevates the magnitude and the importance of the prayer from a religious sense," says Ken Falk, the legal director of the ACLU of Indiana, who is representing Lindh. "And by denying him this right, his religious exercise and his religious beliefs are being substantially burdened."

In hearings before a federal judge in Indianapolis this week, the government argued it would be crazy to allow Muslims convicted of terrorism and other crimes to gather together several times a day. The government could not be reached for comment.

"The government's first argument is, 'Hey, these people are security risks, and if they're praying, they're doing it in Arabic, and we don't know what they're saying,' " says Victoria Toensing, a former federal prosecutor. "They could be plotting something."

Toensing says that would be a persuasive argument — except for a law passed in 1993 called the Religious Freedom Restoration Act. That law says the government cannot infringe on anyone's religious rights — even those of prisoners — unless it has a compelling reason. That's a high bar for the prison to clear.

"If they can show that group prayer is a guise or cover or pretext for plots, then they're going to have a pretty good case that security would be threatened by daily prayer compared to weekly prayer," says Ira Lupu, a constitutional law expert at George Washington University.

But he says it can't be a theoretical argument: The prison needs to show that there have been problems at this particular prison.

"If they can't show that, if they're just speculating about the hazard of some sort of plot going on, I think their case is much weaker," he says.

Snags In The Government Case

Some legal observers say the government has presented a fairly lukewarm case in that regard. The government did say in court that prisoners had on occasion been disruptive at prayer time and that Lindh himself had delivered a "radical" sermon in February.

But Falk notes that Lindh wasn't disciplined for his speech. And until three years ago, he says, Muslims prayed together every day without anyone stopping them. Even now, they can roam freely outside their cells from 6 a.m. to 9:15 p.m. 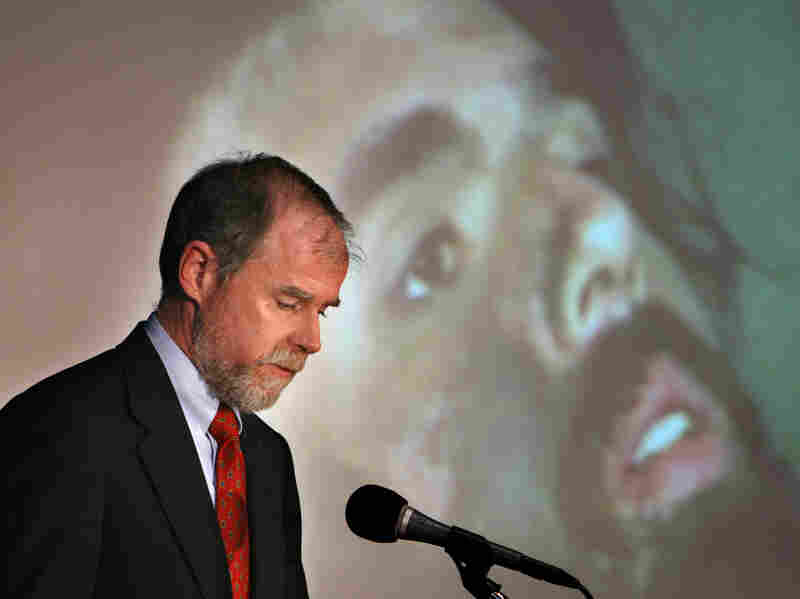 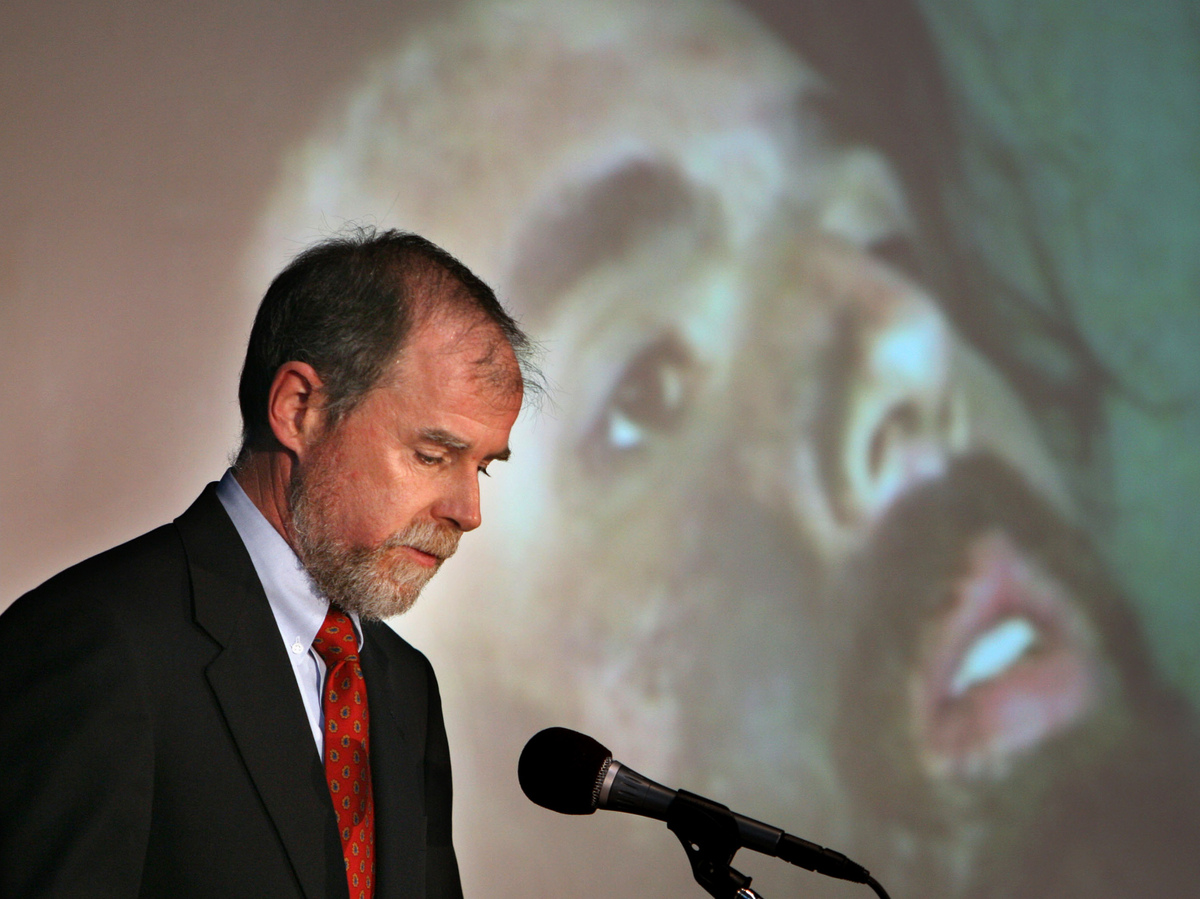 Frank Lindh talks about his son in San Francisco in 2006.

"They're free to sit around and talk in groups," he says. "They can talk about religion and world politics; they can do all sorts of congregant activity, except they're not allowed to pray together for the daily congregant prayers."

The government has another problem, says Andy McCarthy, a former federal prosecutor who handled terrorism cases in New York. Even if the government has a compelling reason to curtail Lindh's right to group prayer — say, security — under the law it has to do so in the least restrictive way. McCarthy says there are other ways to make sure the Muslims don't plot during prayers. For example, they could space them apart.

"They could allow them to pray at the same time, see each other, but not in a setting where it could be dangerous," he says.

Given the prison's history of leniency with the Muslims and the 1993 law's strict requirements, McCarthy says, the government has a steep hill to climb.

"If I had to bet," he says, echoing others, "I would bet [Lindh] would be praying communally at least once a day."

The judge won't decide the fate of communal prayer for at least two months. But many legal experts say it's ironic that the American Taliban, whose religion turned him against the United States, is now turning to U.S. law to protect his religious rights.