Accessibility links
Sean Forbes: Deaf But Not Quiet The Detroit rapper on Bob Dylan, the White Stripes and his hometown. 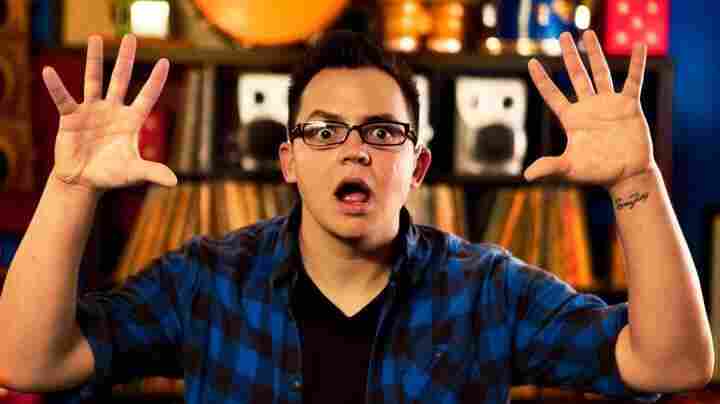 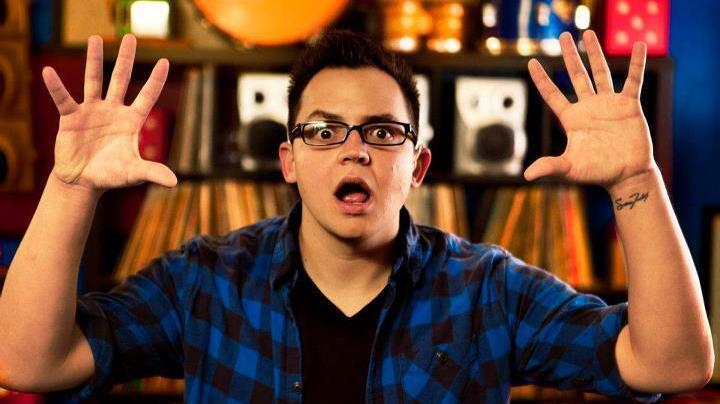 Sean Forbes has been profoundly deaf since he was an infant. But he makes music anyway. He was interviewed by NPR's Liane Hansen a couple of years ago and told her that he interned for an engineering company in Chicago that was so impressed with his work ethic, it offered to send him through college.

"And I told them, 'I'm sorry, I'm going to become a rock star,' " says Forbes. "He laughed at me right there. And I was kind of saying it in like a jokingly manner, but I was also pretty serious about it 'cause I knew that was what I wanted."

He's getting closer. He's signed a deal with the producers who discovered Eminem, and Marlee Maitlin, an actress who is also deaf, appeared in one of his music videos.

Forbes is also a co-founder of D-Pan, the Deaf Professional Arts Network, which features videos that are produced with American Sign Language by hard-of-hearing and deaf artists. Forbes says there's a high demand for American Sign Language music videos, and D-Pan recently released an interpretation of the White Stripes' "We Are Going to Be Friends."

"It was the first time that we had an artist actually really help us," Forbes says. "That's what we want — to share your music with a community of 30 million people. That's how many are missing out on your material."

"I'm really excited about this record," he says. "It's the one thing I've always wanted in my life, to release a CD, and now I'm releasing a CD and a DVD. I couldn't be more grateful than at this moment that I'm finally coming out with something that I worked so hard my entire life for."

Perfect Imperfection includes a DVD that has 3-D-esque music videos, with words leaping out of the screen. Forbes says he wanted to add the visual component to his music so that everyone can enjoy it, which is also a part of his live shows. "When I perform live I have a video screen behind me that shows the lyrics," Forbes says. "It shows the words and shows the rhythm of the songs to get everything to make it as accessible as possible."

"That would be something awesome to be able to go to a Jay-Z concert or go to a Rolling Stones concert and see this, cause I'm pretty sure a large part of the Rolling Stones' audience is going deaf, so they might want that too," he says with a laugh.

One of the songs on Perfect Imperfection is a homage to Bob Dylan. Forbes discovered the folk troubadour when listening to his parents' music.

"I grew up on this stuff, so I've always had this, like, joking thing that Bob Dylan was the first rapper," he says, talking about "Subterranean Homesick Blues." Forbes had to ask permission to use some of those lyrics in his own song. "It's very hard for Bob Dylan to sign off on people using his content, so we basically reached out to them and asked them and they gave us permission in less than 24 hours," he says.

In the music video for "Bob Dylan Was The First Rapper," Forbes mimics Dylan in his "film" for "Subterranean Homesick Blues."

In his song "Watch These Hands" Forbes acknowledges he's a visual entertainer who has to really be watched, rather than just listened to. The song also addresses what he had to overcome to get to where he is today.

"That's one of my most personal songs on the record. There were a lot of experiences I had growing up that nobody else has probably ever gone through. I mentioned riding the short bus in there," says Forbes.

But Forbes says he never considered his deafness a disability. He communicates with the musicians who play with him by following the beat — mainly the kick drum and snare. Forbes is sometimes surprised by his own adaptability.

"There was one time we had a show in Texas where all of the sudden the PA system just went out and we were kind of looking around. We had a grand piano brought onto the stage. I had never in my life performed with a grand piano, but we did that show," he says. "I'm lucky enough that I could follow the rhythm and come up with it myself and do the lyrics on time. It blows my mind sometimes how I could do that."

Forbes is also a proud Detroiter. He has nothing but pride in being in a city that embraces music. "We have everything from Motown to Ted Nugent to Eminem to Kid Rock to Uncle Kracker to Alice Cooper," he says. "There's so many musicians to have come from this town."