Accessibility links
How 'Government' Became A Dirty Word Anti-government sentiment has deep roots in the Republican Party — from Ronald Reagan's proclamation, "government is the problem," to last week's convention. But the message has had most of its success in the abstract, and sometimes Republicans aren't putting the ideology into practice. 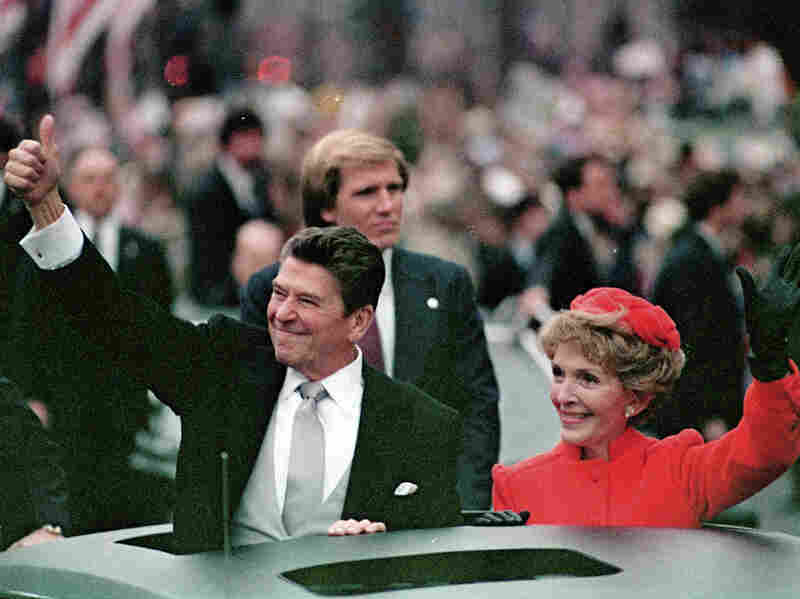 President Ronald Reagan and his wife, Nancy Reagan, in the inaugural parade in Washington, D.C., in January 1981. In his speech after being sworn in, Reagan called government "the problem." AP hide caption 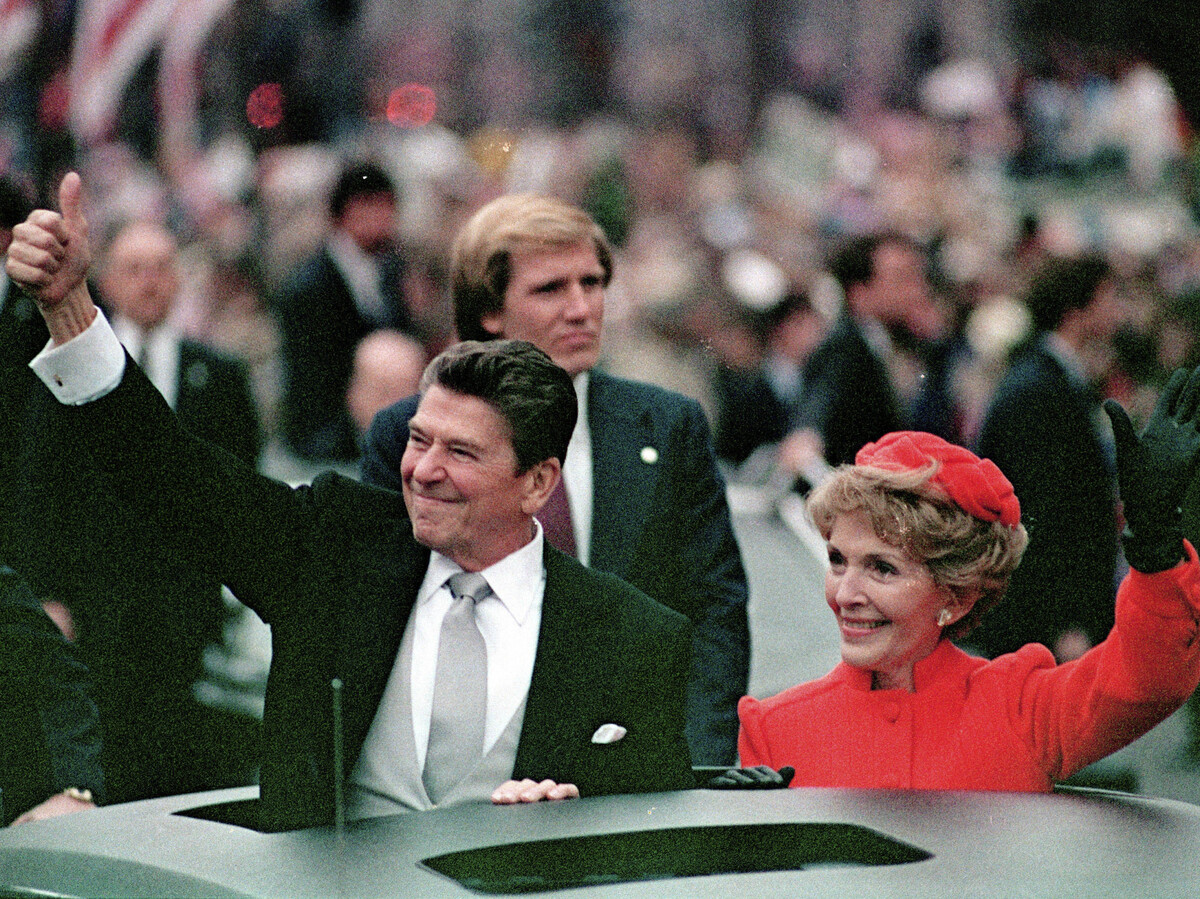 President Ronald Reagan and his wife, Nancy Reagan, in the inaugural parade in Washington, D.C., in January 1981. In his speech after being sworn in, Reagan called government "the problem."

The message at the GOP convention this week was clear: Government is too big, too expensive, and it can't fix our economic problems.

"The choice is whether to put hard limits on economic growth, or hard limits on the size of government. And we choose to limit government," said Republican vice presidential candidate Paul Ryan.

There's nothing new about the message. Anti-big government sentiment is practically part of the American DNA, and it has deep roots in the Republican Party.

"Republicans, dating back to the New Deal, had always voiced their opposition to the expansion of government," says Julian Zelizer, who teaches history and public policy at Princeton. "It was always part of the party the idea that centralization was bad, bureaucracy was dangerous, taxes were bad."

But before the 1960s, the Republican Party also had a liberal wing, Zelizer tells weekends on All Things Considered host Guy Raz.

"They had New York Republicans, they had a lot of Midwestern progressives, who still said government is good for a lot of things," he says.

Extremism 'Is No Vice'

At the 1964 Republican convention, the party showed a shift away from that liberal wing. Then-New York Gov. Nelson Rockefeller warned that the GOP was becoming too conservative. He called extremism a "danger" to the party and the nation. He was booed.

Barry Goldwater became the face of Republicanism when he accepted the Republican presidential nomination at that same convention, moving to the right and embracing extremism.

"I would remind you that extremism in the defense of liberty is no vice," Goldwater said. "And let me remind you also that moderation in the pursuit of justice is no virtue."

Extremism with regard to conservative values became something for Republicans to be proud of, Zelizer says.

Goldwater's ideas were further solidified in the '70s and '80s, Zelizer says. And in 1981, in his inaugural address, President Ronald Reagan said: "In this present crisis, government is not the solution to the problem, government is the problem."

Zelizer says Reagan wanted to upend the liberal argument that had existed since the New Deal.

"He said that the only way to really revive economic growth, to really restore faith in the country after the dismal 1970s was to do things like cutting taxes, to deregulate as much of the economy as possible," Zelizer says. "And he really had this intense animosity, rhetorically, toward what government did on the domestic front."

Since then, the position that government is the problem has garnered many supporters. But the argument is most successful, Zelizer says, in abstract terms.

Voters may say they don't like government or bureaucracy in general, but when questioned more narrowly, they tend to like specific programs. What you ask, Zelizer says, "has a big impact on public attitudes" about government.

'Why I'm A Republican'

Daniel McCarthy, editor of The American Conservative magazine, tells Raz the "government is bad" argument has veered somewhat off course.

"It's become unhinged from a relationship with the public and it's been gained by a lot of interests — both ideological and financial," he says. "As a result, you have policies that are crafted by lobbyists and by ideologues rather than by ... sincere representatives of the public interest."

While conservatives may emphasize government as problematic in speeches, McCarthy says, they practice something different.

One example McCarthy points to is military funding.

"Any kind of increase to the military budget is seen as necessarily a good thing," he says, "whereas they would never say that simply adding more money to the Education Department makes for better education across the country."

Still, the party branding is going strong. Democrats continue to be tied to the identity established under former Presidents Franklin Roosevelt and Lyndon Johnson, McCarthy says.

"That leaves the field open to Republicans to be the party that cashes in on pretty much all anti-government sentiment."