Accessibility links
The Writer Who Was The Voice Of A Generation A new biography of David Foster Wallace traces the author's anxieties to childhood. Biographer D.T. Max says the accidents of Foster's life gave him the key to his writing. 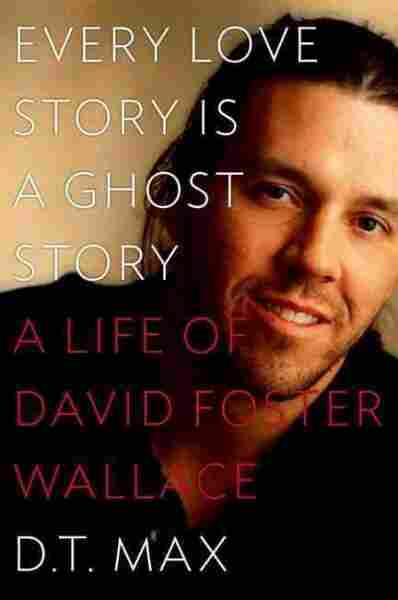 Every Love Story Is a Ghost Story

A Life of David Foster Wallace

When writer David Foster Wallace committed suicide in 2008 at the age of 46, U.S. literature lost one of its most influential living writers.

The definitive account of Wallace's life and what led to his suicide was published in the New Yorker in March of the following year.

Now D.T. Max, who wrote that article, has written a new a biography of Wallace, Every Love Story is a Ghost Story. It's a deeply researched look into the life and work of a writer who was called the voice of his generation. Max spoke to Guy Raz, host of weekends on All Things Considered.

A number of things go into that. Obviously, just the pure pleasure of his most important books. Reading Infinite Jest is certainly — [it] contains more pleasure, more agony, more of American life at the turn of the millennium. I think the second thing is simply that he influenced so many people. Writers from Dave Eggers to Chad Harbach — you just can see that he left disciples. I think also something very interesting happened, which is that the Web came along. And the Web lends itself very well to the kind of writer that David really had pioneered, that had nothing to do with the Web — and so now you go on the Web and you feel like you're reading 10,000 imitators of David Foster Wallace. There's nobody else who's changed American prose to that extent, that I can think of, in generations. I almost think about someone like Mark Twain.

I think, actually, this was probably even a surprise to his family, because he was good at hiding these things. He traces his first anxieties back to being 8 or 9. He speaks about a morbid fear of mosquitoes and buzzing. By the time he's in high school, David is really, I think — he's anxious all the time. There are days when he can't get up and go to school. [At a college interview at Oberlin], he was so anxious that basically as soon as the interview was over, he threw up — and kept throwing up. Shortly after that, he goes to Amherst, where his father went. In those days, at Amherst, if you were the son of an alum and they liked you, they would admit you at the interview. So he was admitted at the interview, and then his response was, 'If I go to Amherst, do I never have to do another college interview?' And his father said, 'Yes'. And he said, 'sold.'

How Wallace was drawn to fiction in college:

He very much assumed that he would follow in his father's footsteps as a philosophy professor. He went through his first two years, and he turned out to have a knack for sort of mathematical philosophy, mathematical logic. But David had a breakdown in college. So he goes home — and this is a boy who wrote some in high school, but he wasn't a writer in any sense of it — and really pretty quickly he begins to turn out extraordinarily good fiction. So much so, that by the time he is a senior [back at] Amherst — and he's only been writing for about a year and a half — he begins a thesis in fiction. He does a double thesis, one in fiction, one in philosophy — but his fiction becomes The Broom Of The System, his first, I think, incredibly brilliant novel. One of the cool things about David is that you can really sense that in learning how to write what he was really doing was reverse-engineering other writers. He was looking at how Thomas Pynchon wrote, he was looking at how Don DeLillo wrote. He was breaking their sentences apart and seeing if he could write them.

On Wallace's post-graduate struggle with addiction to drugs and alcohol: 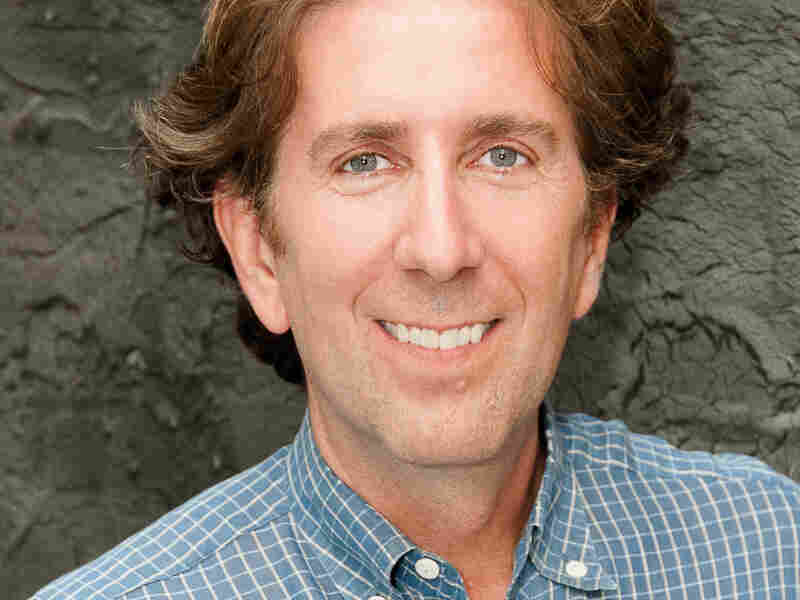 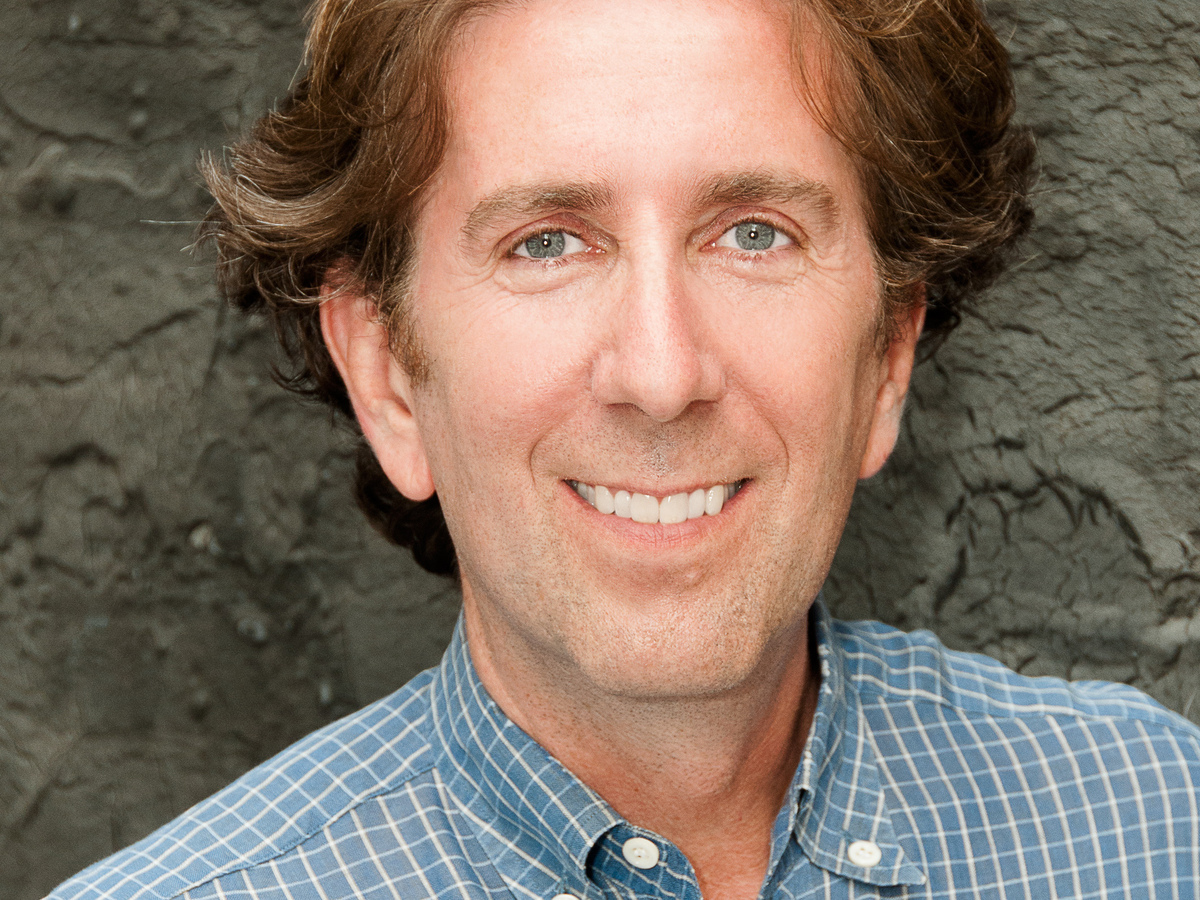 D.T. Max is a staff writer at The New Yorker.

He always referred to himself as an addict. He becomes deeply involved in 12-step programs. And his life changes. He wouldn't have made it even to his mid-30s, I would think, had he not found the strength to get away from his addictions. Now his primary addiction was marijuana — it was not drinking. And in a lot of ways, one of the things about David that's so interesting is that his life — the accidents of his life — really gave him the key to his writing. In a lot of ways, the 12-step program is what taught David how to write Infinite Jest or where the book should go — that it should be more than just a pretty piece of fiction.

Why, 2008, Wallace discontinued longtime use of an anti-depressant, which led to his suicide:

Physically, the anti-depressant he was on, Nardil, is hard to metabolize. And it was kind of an outdated anti-depressant. He was also just miserable that he couldn't get his novel — The Pale King, the book that was just published last year — because David works on it for a decade — but the writing wasn't coming. And he thought that the Nardil was perhaps interfering with his ability to write well, because it made things seem a little distant, made his own relationship to reality a little less keyed-up. And he wondered if he could just get rid of the Nardil, well, that would help his writing. And then the third reason, which is something I discovered in working on the book, is that, you know, having been a member of this 12-step program — there's a whole group of people within 12-step programs who think you should be completely drug-free. No alcohol. No marijuana. No prescription anti-depressants. So, poor David, who always wants to be the best student in the class, wanted to be the best possible 12-step program participant. And so, he thought, well, I'll just get off it. And once you're off one of these drugs, it can be very, very hard to stabilize yourself again. And he just wasn't able to.

On the title Every Love Story is a Ghost Story:

Shortly after I began the book, I started to come into possession of letters that David had written to other people. But David didn't keep any letters, so all I have is David's letters out. And I noticed, again and again, in different places, he would put in the phrase, 'every love story is a ghost story.' It starts when he's a graduate student in the mid-'80s. The phrase appears in The Pale King. The title probably came to him through reading some correspondence of the novelist Christina Stead. But why did that phrase stick in his head for so long? It seems to me that it captures so perfectly what he always felt was the futility, the difficulty, of not just writing about people, but actually being with people. He had a great deal of trouble in his relationships and a great deal of trouble understanding relationships. And then, of course, I also felt like that was really the reader's relationship with David. It wasn't really just a reference to his suicide, but obviously contained a big aspect of the fact that he was gone now, and whatever love readers felt for him was now going to be a love for an absence. For a ghost.

Read an excerpt of Every Love Story Is a Ghost Story