Accessibility links
On Defense In Era Of Anti-Big Government Sentiment Democrats are balancing on a fine line: Many try to argue that government is part of the solution, while still acknowledging that it can be part of the problem. Their efforts have tended to be overshadowed by a long-running Republican messaging campaign against "big government." 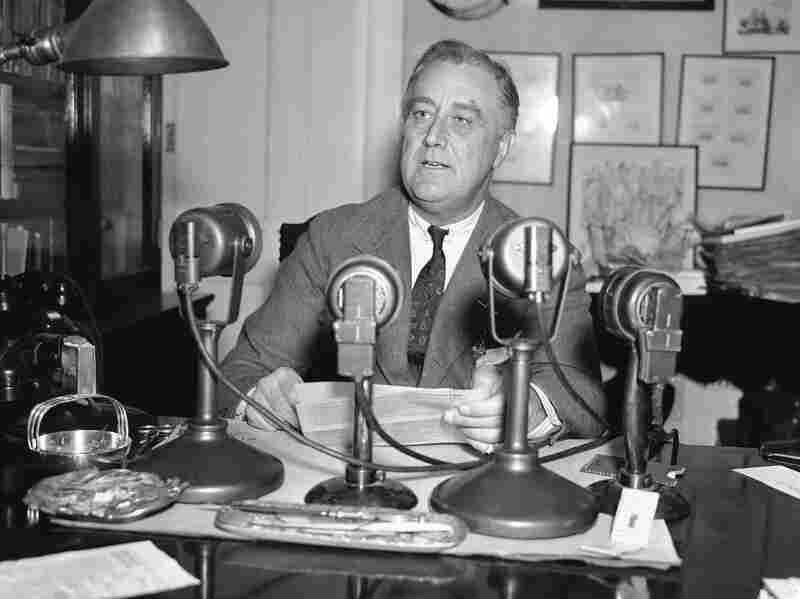 In 1936, President Franklin D. Roosevelt was making the case that government was a necessary and positive part of American life. Contemporary Democrats are having less success with the argument. Joe Caneva/AP hide caption 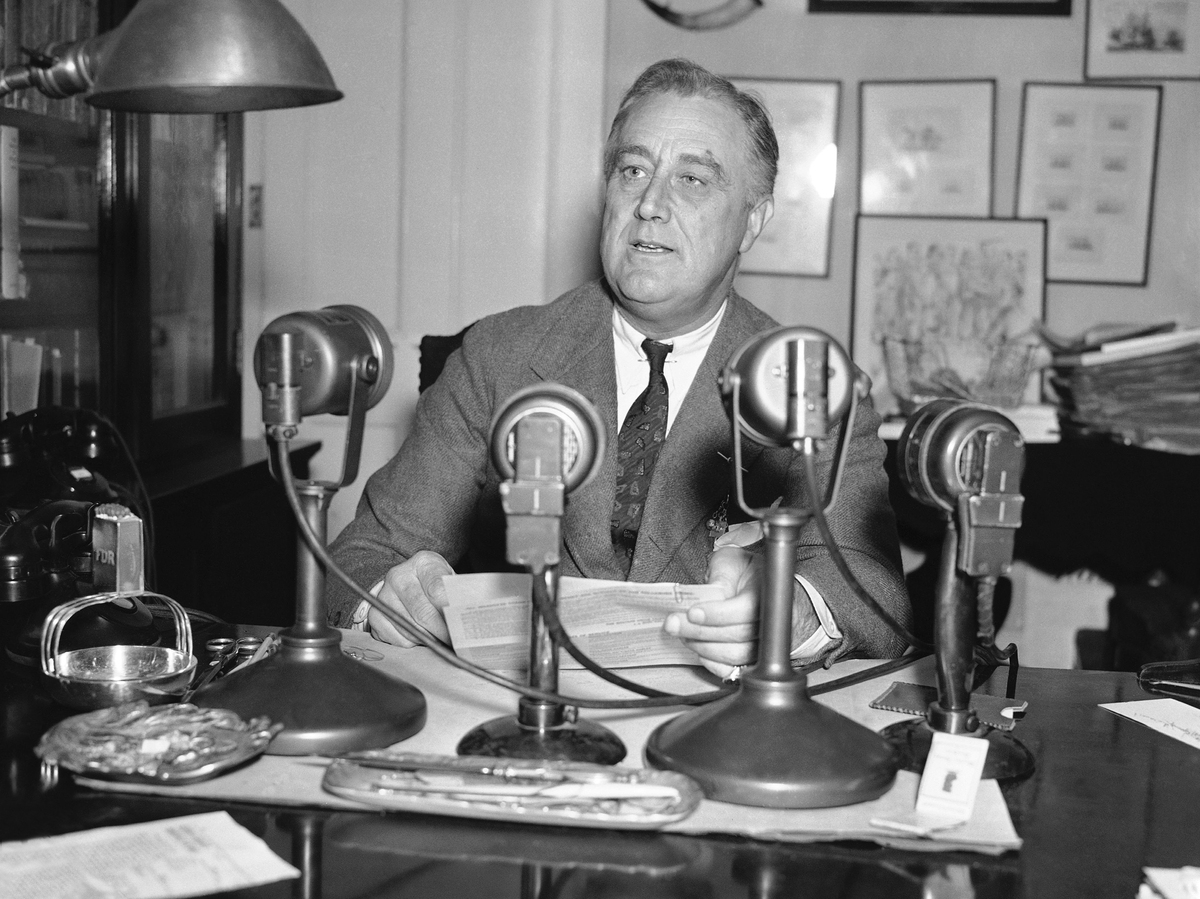 In 1936, President Franklin D. Roosevelt was making the case that government was a necessary and positive part of American life. Contemporary Democrats are having less success with the argument.

Democrats today, for the most part, balance between two slightly competing ideas: that government is part of the solution, while still acknowledging that it can be part of the problem. Meanwhile, they're up against a long-running Republican messaging campaign against "big government."

The concept of big government goes back to around the beginning of the 20th century. Princeton historian Julian Zelizer traces the idea to the Wilson administration and its initiatives, including the creation of the Federal Reserve.

"Woodrow Wilson, who is still conservative by modern liberal standards, does allow for a pretty dramatic expansion of government," Zelizer tells Guy Raz, host of weekends on All Things Considered.

The real turning point, though, was President Franklin D. Roosevelt, he says.

"That's the president who not only accepts and pushes for the growth of government, but tells the American people that it's absolutely essential that we have a government deal with the very big social problems that we faced as a nation," he says. "And by 1936, when he runs for re-election for the first time, FDR gives a full-throated defense ... of this idea that government is a positive part of American society."

For most of the 20th century, Democrats saw government more or less as the main problem-solver. President Clinton broke that idea in 1996, with his State of the Union address.

"The era of big government is over," he announced.

"For all of the talk from Republicans of this being a quasi-socialistic administration, nothing could be further from the truth," Zelizer says. "If you just listen to what he says, look at the kinds of policies he proposes, he is very skeptical of government."

At The Associated Press luncheon in April, Obama said he had "never been somebody who believes government can or should try and solve every problem."

A Fox News poll in July reported 64 percent of voters say "government is the problem" in regards to the current state of the economy. Zelizer says that's indicative of the success of the conservative movement in shifting the debate. Conservatives also got a boost in the aftermath of the '60s and '70s, he says, when Democrats were blamed for the problems during those years.

"[Republicans have] made an argument that has been more compelling to many Americans than what Democrats have supported," Zelizer says.

Former Michigan Gov. Jennifer Granholm, who will speak at the Democratic convention this week, says the benefits of government are not always cited by its critics.

"People assume that government is this massive, bloated, choking, amorphous thing that takes people's tax money and doesn't give them anything in return," she tells NPR's Raz. "People don't see what government provides."

"People don't understand government plays a role in all of that, but because it's unseen and it's assumed, that's not part of the positive side of the conversation," she says.

Granholm says government has to be part of a solution for certain things, including the current economic crisis.

"If you have purely a hands-off, laissez-faire approach for addressing the economic challenges America's changing, then basically you're throwing in the towel," she says. "You are aiding and abetting the offshoring of jobs to countries that are very aggressive in poaching jobs."

In the end, government "must" have a role, Granholm says.

Democrats have been criticized for not effectively arguing for the role of government, though. E.J. Dionne, opinion writer for The Washington Post and commentator for NPR, argued in a column in June that "government is the solution." He took Democrats to task for not owning that idea.

"It is an uphill battle to make the argument because the other side is so deeply permeated into our pores as a result of the very effective messaging that has been done," Granholm says.

She says that effective as the message may be, disdain for government is "a curious form of self-loathing."

When government is slashed, she argues, it becomes less able to meet the efficiency standards of the private sector. Without investing in new technology for permitting, for example, she says the process will continue to be painfully long with less streamlining between state and local levels.

"It's certainly been a self-fulfilling prophecy," she says. "In the shrinkage of government, they have disabled the effectiveness of government in many places."