Accessibility links
An Individualist Approach To The Hebrew Bible In his new book, The Philosophy of Hebrew Scripture, scholar Yoram Hazony makes the case that the ancient texts are a work of philosophy in narrative form. The scriptures are a cautionary tale — an epic that advocates wariness of great imperial powers and individualism in the face of authority. 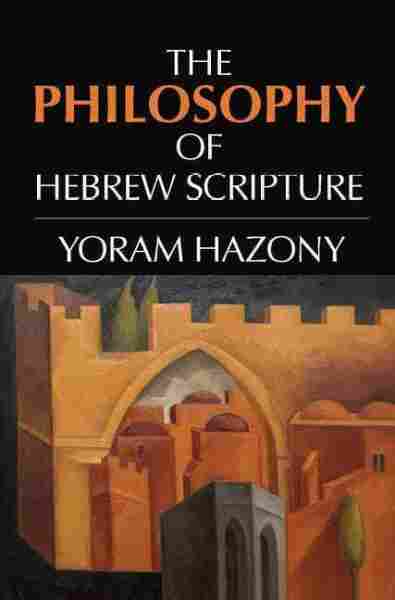 The Philosophy of Hebrew Scripture

Hebrew scripture is a "message in a bottle," says Yoram Hazony, and in The Philosophy of Hebrew Scripture, he tries to decipher that message. Hazony's new book makes the case for a different reading of the ancient texts — and argues that the Hebrew Bible is a work of philosophy in narrative form.

Hazony says the five books of Moses — which Christians speak of as the Old Testament — should not be thought of as discrete narrative but, rather, considered together with the books of Judges, Samuel and Kings. All of those books form a history of Israel, from the creation story to the dissolution and dismemberment of a decadent monarchy. It is a cautionary tale, an epic that advocates wariness of great imperial powers and individualism in the face of authority.

The scriptures were most likely written down by the prophet Jeremiah or one of his students while they were in exile, Hazony tells NPR's Robert Siegel. "We're talking about people who've witnessed the destruction of their own nation, something that's almost unimaginable to us. And they're sitting in Egypt or in Babylonia, and they're trying to understand what happened and what they can learn from it. And, especially, what can they write down to send to future generations?"

"It's quite a long history. It begins with individuals like Abraham and Joseph, and then builds up to a people which goes about trying to live, first without a state and then with a kingdom. So it's really a story that gives you almost every kind of political situation."

On shepherds as the heroes of the Hebrew Bible

"Cain and Abel — they're the first human beings that we're told have any kind of jobs. Cain is a farmer and Abel's a shepherd. And it turns out that this long, long narrative from Genesis to Kings, over and over again, presents people either as shepherds or as farmers. And in fact there's a whole history of conflict between them. So, all the greatest heroes in the Bible — Abraham, Jacob, Moses, David and many others — they're all shepherds. And it's not just that they happen to be shepherds, because the Bible emphasizes the time they spent shepherding and what they learned from it. And this is kind of like a code — I mean, not a secret code, but it's a metaphor — the shepherd stands for people who live outside of society, on the hills. They make law for themselves, they seek God for themselves, and they're autonomous. It's almost an anarchical message.

"The farmer represents the great urban agrarian societies on the huge rivers in Egypt, Babylonia, Syria, Persia. And the farming societies are what we would recognize today as kind of a totalitarian society, meaning that the king made the decisions, he spoke for the gods, he paid the priests. And these were societies, of course, that had virtues, but the virtues of farming society, of these great empires, were virtues like piety, submissiveness, obedience, honoring the government, honoring your father and your mother, keeping the system going. The shepherds were people who lived beyond society. And the funny thing is that the Hebrew Bible is one very complicated, sophisticated document which holds up the shepherds as being the heroes." 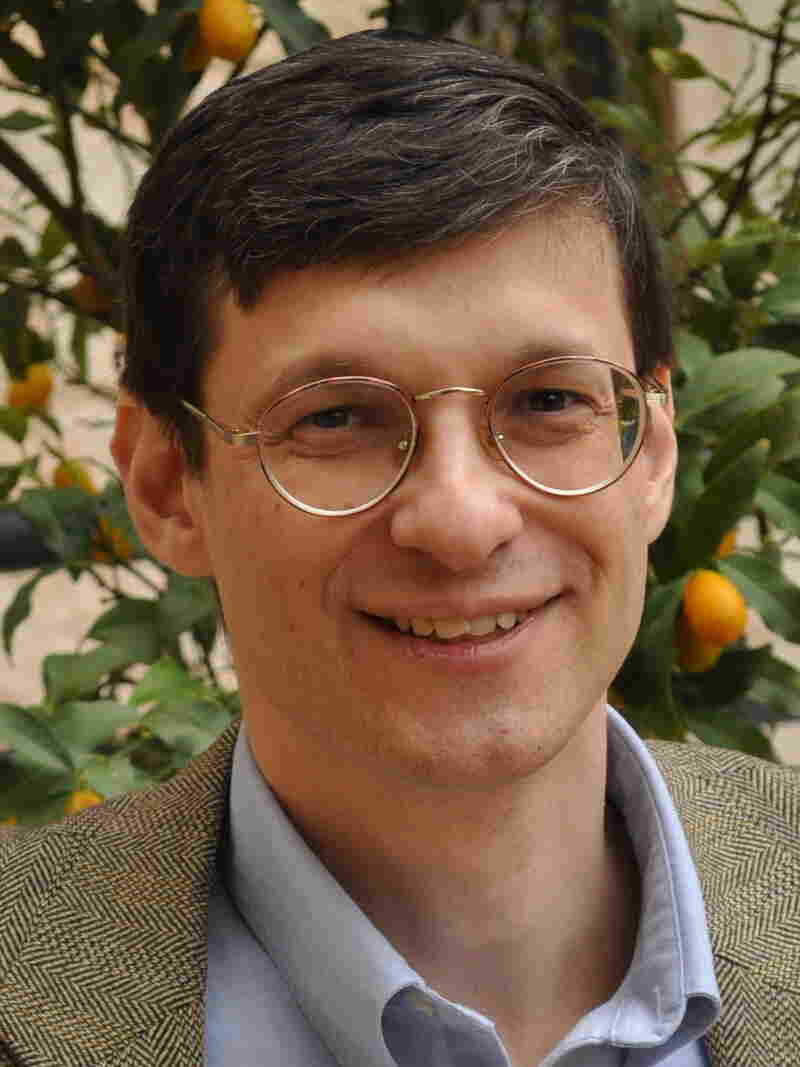 Yoram Hazony founded the Shalem Institute in Jerusalem in 1994. He is currently president of the Institute for Advanced Studies at the Shalem Center, and head of the institute's project in Jewish Philosophical Theology. Courtesy of Cambridge University Press hide caption 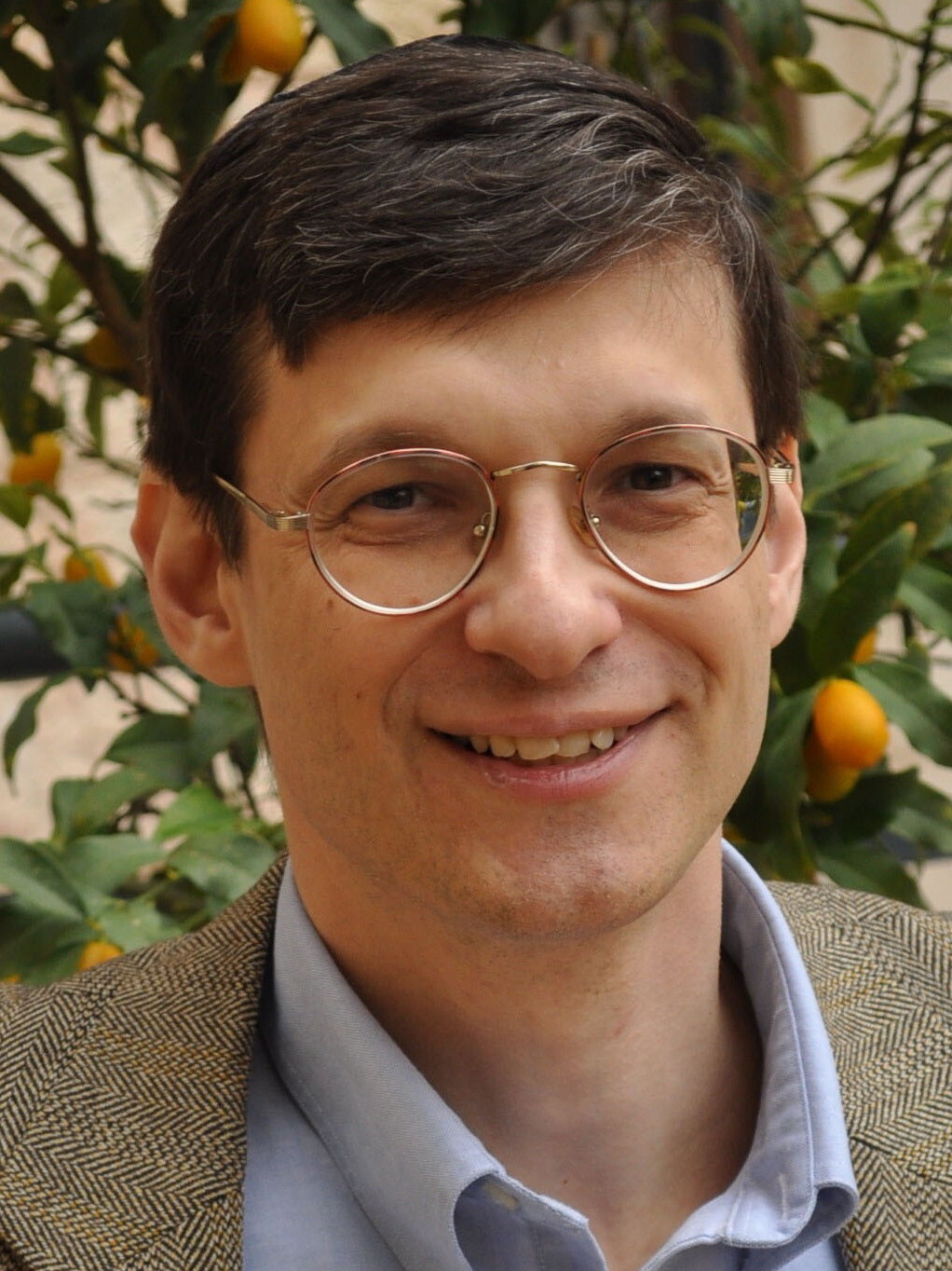 Yoram Hazony founded the Shalem Institute in Jerusalem in 1994. He is currently president of the Institute for Advanced Studies at the Shalem Center, and head of the institute's project in Jewish Philosophical Theology.

On the heroism of disobedience, as seen in Abel, who rebels after Adam and Eve are expelled from the Garden of Eden and the people are condemned to farm the land

"I think that that's part of the new approach that I think that we really need to take to the Hebrew Bible. Many, many people think that the Hebrew Bible is a book of obedience, like God gives out orders and the whole point is that if you don't obey them, then you're in trouble — that's the whole story. But actually, when you look at it more closely, you see that the most significant figures are actually disobedient, and Abel's just the first. God tells Adam, 'Go out and farm the land. That's what I expect from you; that's the punishment for your sin.' And Cain does that. But Abel rebels. Abel says to himself, 'I don't want to do this. I don't want to spend my life trying to scratch food from soil that's been cursed. I can send sheep and goats and they'll do the eating.' "

On the significance of Cain founding the first city

"In fact, Cain, who is the farmer, he's also obviously the first murderer — he kills his brother, the shepherd Abel. And he also founds the first city. And the way that the Bible tells stories, that's extremely significant, that the first murderer is the first person to found a city. And that means that there is, from the very beginning, a very, very skeptical view of urban life together with farming life. Cain's descendants are the ones who invent metal work, which means that they invent weaponry, but they also invent music — they're the people who create the arts. There's actually quite a bit of admiration for these societies, while at the same time seeing them ... as being decadent."

On the "message in a bottle" he finds in the scriptures

"The bottom line is that the Bible introduces hope into human political affairs. What it does is it takes the individual, empowers the individual and says, 'Somewhere above you, there is a transcendent God who is not controlled by the king or by the priests or by the military, a power in the world that is able to hear you, and that is going to allow you to develop your understanding of what's right, and of the way the world should develop.' All of human history has proceeded from that first spark of hope that appears in the Hebrew scriptures."

Read an excerpt of The Philosophy of Hebrew Scripture