Accessibility links
Can A New Building Save A Failing School? For years, School 16 in Rochester, N.Y., has been on the decline. The school's building was falling apart, and test scores were on a steady decline. Now, the school's move to a newer, nicer building brings hope that a better building could spell better academic performance. 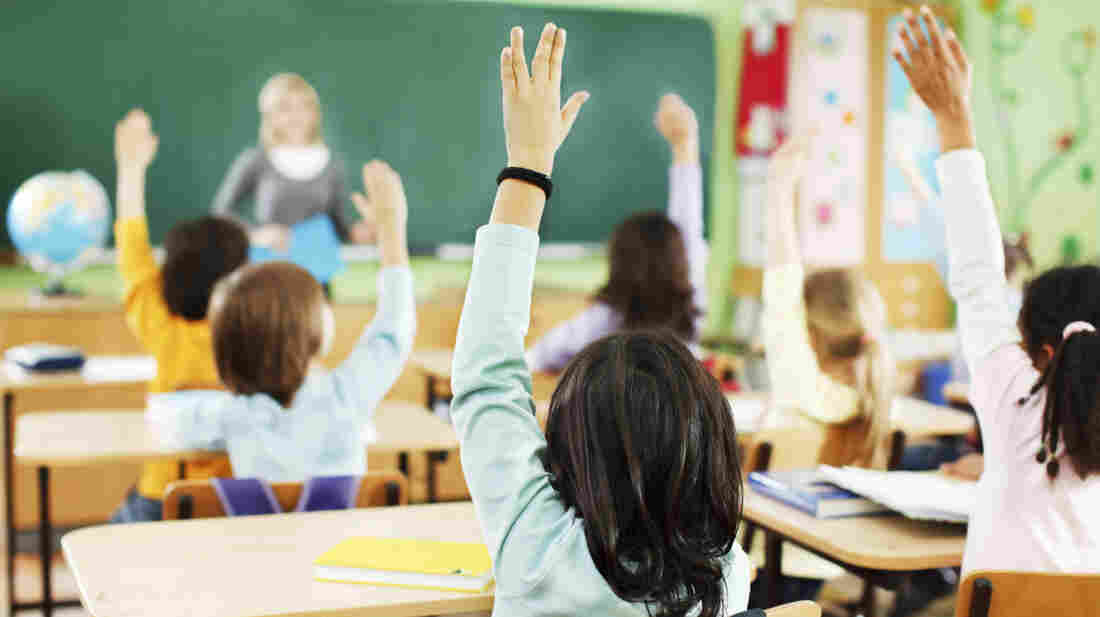 Research shows that students who attend school in buildings that are in disrepair score lower on state tests than students in satisfactory buildings. iStockphoto.com hide caption

When students and teachers at School 16 in Rochester, N.Y., start the new school year in a newer school building, they'll leave their old building's laundry list of infrastructure problems behind.

As teachers finish unloading boxes and setting up their new classrooms, they hope the newer, nicer digs will give students renewed pride in their school. Education experts say the move could also bring a bump to the school's flagging test scores, because better school buildings actually improve academic performance.

When the Rochester school district voted in July to move School 16 to a larger, newer building, the school's old building was in abysmal condition: Bathrooms lacked sinks and privacy; stairwells were missing safety rails; and the 100-year-old building was so overcapacity that students had to go to a trailer in the parking lot for detention. The floors sagged so much that floor tiles popped off. Students describe peeling paint and rats in the classrooms.

Teacher Michele Michel says the poor condition of the old building sapped the school of its spirit.

As the physical condition of the building declined over the years, student performance also dropped. School 16 is one of the lowest-achieving schools in the district. Last year, only 11 percent of its students passed New York state requirements in English language arts testing; 19 percent passed in math.

School district officials have long known the school needed an extreme makeover, but say it was just one of many schools in the district in disrepair. Rochester is not the only city coping with dilapidated school buildings: As many as 40 percent of public school buildings in the U.S. are in poor condition.

More than eyesores, bad buildings are a drain on academic performance, according to Glen Earthman, an education professor at Virginia Tech who has studied the relationship between school-building conditions and student performance for 25 years.

"[Students] see surroundings that are not very pleasant, [and] it does diminish their desire to learn," Earthman says.

He says students who attend schools in disrepair score 3 to 10 percentage points lower on state tests than students in satisfactory buildings, and the effects are compounded over the years a student spends in the buildings.

Hopes And Doubts For The New Building

With spacious hallways and larger classrooms, teacher Michele Michel says the boost to student morale in the new building will improve academics.

"I think if you come in and you're happy and, you know, you're all about this place," Michel says, "I think the kids will get it, and you'll get more accomplished."

But Jaida Thomas, an eighth-grader, says she is not sure all of her peers will take pride in their new building.

"With the negative people in the school, they'll probably just mess up the school," Thomas says. "They'll just mess it up for themselves."

District officials say they hope School 16's new facility will make a significant impact on student performance. But they say that at the end of the day, teachers, students and families, working together, will be the solution to turn the school around.