Accessibility links
Why We're Happy Being Sad: Pop's Emotional Evolution Every Top 40 hit in 1965 was in a major key and had a fast tempo. In 2009, more than half of the Top 40 songs were in a minor key. Has there been a shift in the emotional content of music in the past five decades, and why are we drawn to sadness and ambiguity in music? 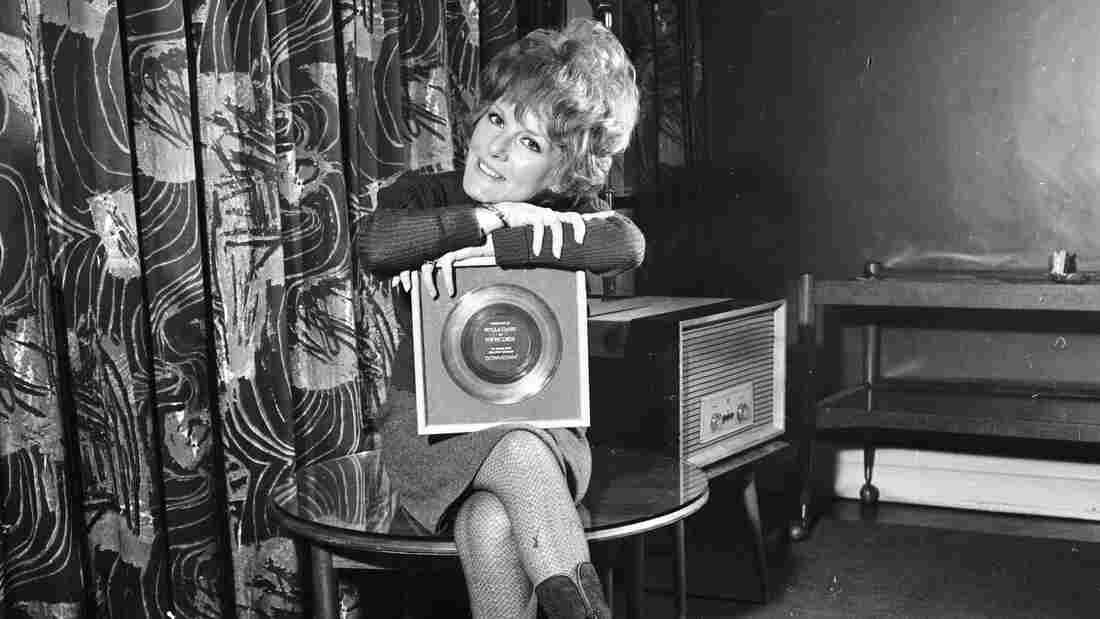 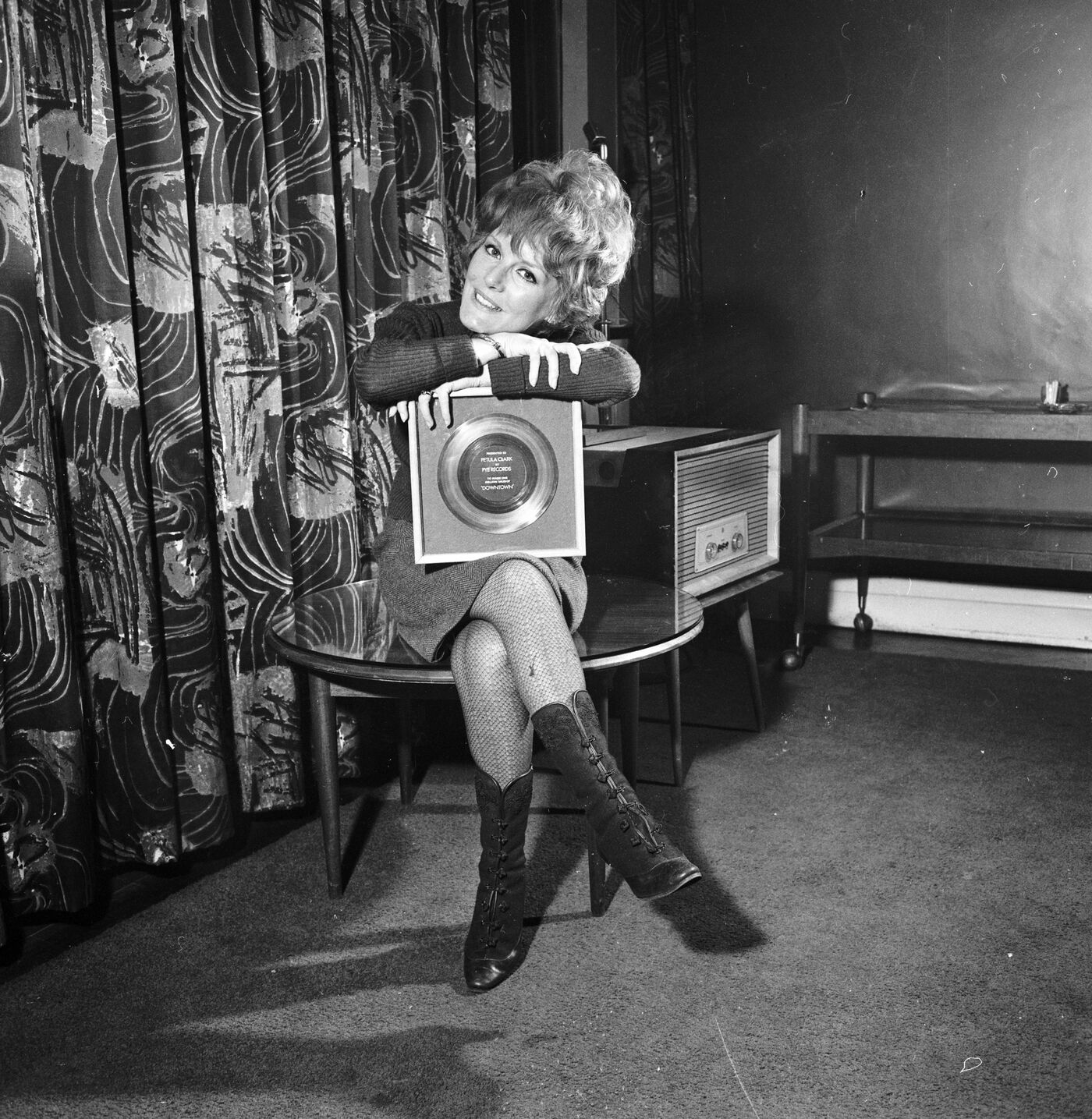 A less complicated time? Petula Clark holds her 1965 gold record for "Downtown," an uptempo song in a major key.

Six years ago, Glenn Schellenberg decided to do an experiment.

Schellenberg works at the University of Toronto, where he studies the psychology of music. The idea behind his experiment couldn't have been more straightforward: He simply wanted to play music for people and get them to rate how happy or sad that music made them feel.

These two emotions — happy and sad — are relatively easy to identify in music, and though there are different ways for music to convey emotion (through lyrics or what kind of instruments are used), Schellenberg says the tempo of a song and whether it's in a major or minor key often strongly influences which emotion the song conveys.

People have come to appreciate sadness and ambiguity more. Life is more complicated, and they want the things that they consume as pleasure to be complex similarly.

So Schellenberg sat down with a grad student and told him to find both happy-sounding fast music in a major key and sad-sounding slow music in a minor key. Essentially, they were looking for emotionally clear music that they could play for their future research subjects.

But while the grad student had no trouble finding fast, happy-sounding music in a major key when he looked at older musical eras — from the classical period up through the 1960s — it got a lot harder when it came to contemporary pop music.

There were plenty of fast-tempo songs, but almost all of the songs he found were in a minor key, and didn't sound unambiguously happy; they were more emotionally complicated than that.

"After the second or third time, he came back with songs that — in terms of their musical characteristics — were actually mixed rather than purely happy-sounding," Schellenberg says. "I started to think, 'What's going on here?' "

Had there been some kind of shift, Schellenberg wondered, in the emotional content of music since the 1960s? How had the psychology of our music changed?

The Emotional Evolution Of Pop

To find out, Schellenberg did a totally different study. He analyzed more than 1,000 songs — every Top 40 hit from 1965 to 2009 — in terms of tempo and whether the song was in a major or minor key.

Though there was plenty of dark music in 1965, Petula Clark's "I Know a Place" is pretty typical of that year. The tempo is upbeat, and like every other Top 40 song of 1965, it is in a major key: "All [Top 40 songs] published by Billboard, every single one was a major-key song," Schellenberg says.

As a result, many of those songs, like "I Know a Place," communicate a sense of happiness — a sense that good times are just around the corner.

That means that the majority of the Top 40 songs, 22 of 40, were in a minor key — the official sound of complexity and sadness.

Consider "Dead and Gone" by the rapper T.I., which hit No. 12 on the charts in 2009. In a way, the message of the song is pretty positive; it's a song about leaving behind self-destructive behavior. But the minor key makes the song sound foreboding.

"People are responding positively to music that has these characteristics that are associated with negative emotions," he says.

The question, of course, is why? Why would consumers connect more to conflict and sadness now than they did in the '60s and '70s? Schellenberg says he doesn't think it's because people today are any sadder.

"I think that people like to think that they're smart," he says. "And unambiguously happy-sounding music has become, over time, to sound more like a cliche. If you think of children's music like 'Twinkle Twinkle Little Star' or 'The Wheels on the Bus,' those are all fast and major, and so there's a sense in which unambiguously happy-sounding songs sound childish to contemporary ears. I think there's a sense in which something that sounds purely happy, in particular, has a connotation of naivete."

If you use a minor key, though, you can make even something with a positive message and fast tempo sound emotionally complicated.

That complexity makes both listeners and composers feel sophisticated instead of naive. In that way, Schellenberg says, the emotion of unambiguous happiness is less socially acceptable than it used to be. It's too Brady Bunch, not enough Modern Family.

"People have come to appreciate sadness and ambiguity more," Schellenberg says. "Life is more complicated, and they want the things that they consume as pleasure to be complex similarly."