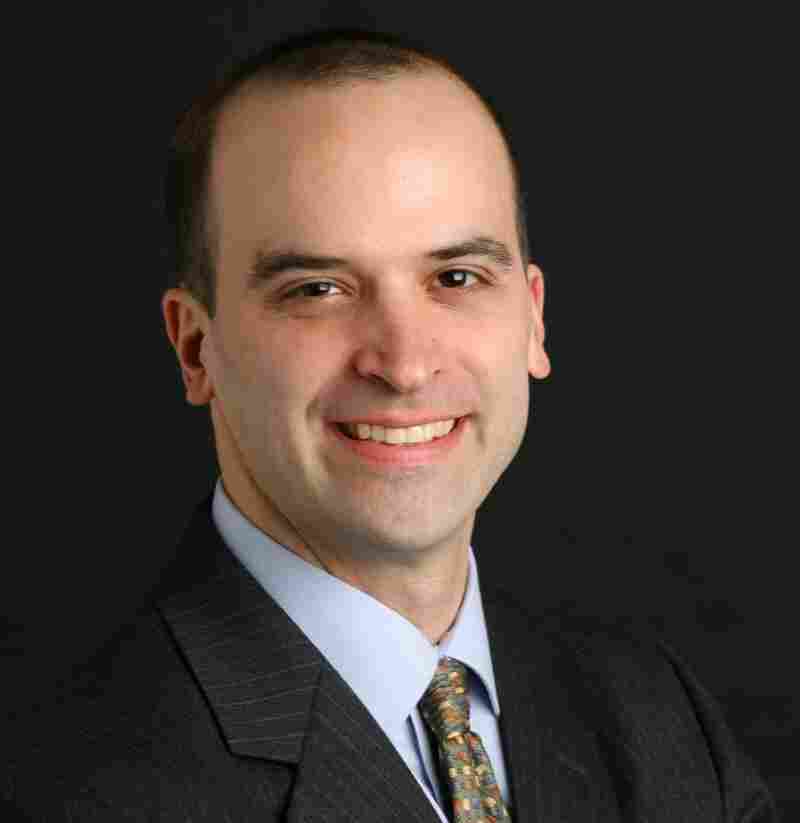 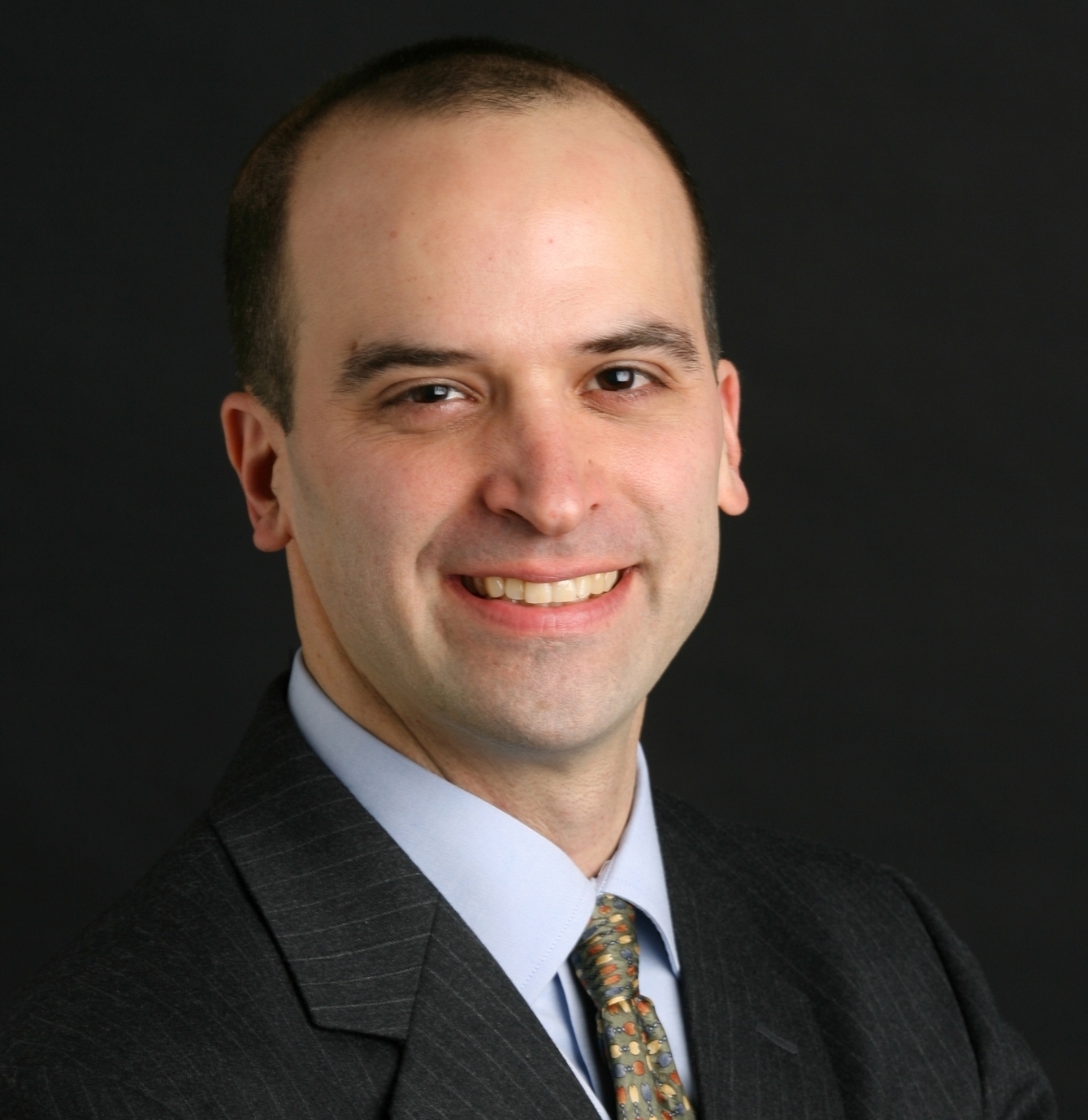 David Leonhardt, the Washington bureau chief of The New York Times, won a Pulitzer Prize last year for his columns about the economy.

On Monday, Republican vice presidential candidate Paul Ryan told a campaign rally audience in North Carolina that "the president can say a lot of things, but he can't tell you you are better off." Later that day in Detroit, Vice President Joe Biden responded "America is better off today than they left us."

"The country itself is better off," Leonhardt tells Fresh Air's Terry Gross. The economy has stabilized since the recession in 2008, which was "a little bit worse than 1929," he says. "And yet, of course, we don't have anything that looks like the Great Depression. As bad as the economy is, we don't have unemployment at 20 percent."

But, Leonhardt says, when looking at measures such as household income and median wealth, "a typical American household is worse off than it was four years ago."

Financial crises inflict their damage "over many months and then there are long, slow, disappointing recoveries," he says.

Ultimately, it is difficult to evaluate Ryan's and Biden's assertions, Leonhardt says, because the Republicans might have acted differently from the Democrats in the wake of the recession.

In Health Reform, A Cancer Offers An Acid Test
O.K., You Fix The Budget
Campaigns Play Loose With Truth In A Fact-Check Age
The 14 Potential Causes Of The Income Slump
Romney's First 100 Days

In comparing the economic plans of President Obama and Republican presidential candidate Mitt Romney, Leonhardt says President Obama wants to raise tax rates only for households making more than $250,000 a year, while Romney wants to implement a 20-percent tax cut in everyone's rate.

The latter "would mean, in dollar terms, a much larger tax cut for people who make a lot of money," he says.

Obama has lost the ability to implement his tax agenda with a Republican-led House, Leonhardt says. On the flip-side, Romney promises too much.

"What he says is that he'll cut tax rates, he won't add to the deficit, and he won't, in any way, add to the tax burden of the middle class," Leonhardt says. "And when independent economists have looked at it, they've said, 'He cannot do all those things mathematically.' "

Leonhardt says the election matters because "it determines whether all kinds of things that have passed into law actually go into effect," including health insurance reform, financial regulation and clean energy policy.

Leonhardt won a Pulitzer Prize last year for his columns on the economy.

On how Republicans and Democrats differ on taxes

"Where the Republicans stand on taxes is that they've promised a big across-the-board tax cut — 20 percent in everyone's rate, which would mean in dollar terms a much larger tax cut for people who make a lot of money. They pay more taxes in part because they make a lot more money. Romney has then said, though, that this isn't going to add to the deficit at all, which is another way of saying, 'It's not going to be a tax cut.' So he has promised that every tax cut he gives people, he's going to take away by closing deductions.

"Now, economists really like this idea because it simplifies the tax code. It means rather than spending a lot of time trying to figure out what deductions and credits you qualify for, you can just go about your business.

"The problem is that Romney has not identified any of the tax breaks he would close. And while we can all say we're in favor of simplifying the tax code, you start to lose people when you say you're going to take away their mortgage deduction or take away their tax exclusion for health insurance or the tax break for saving for retirement. And so there's a lot of skepticism about whether he's actually going to be able to do that.

"What he says is that he'll cut tax rates, he won't add to the deficit, and he won't in any way add to the tax burden of the middle class. And when independent economists have looked at it, they've said, he cannot do all those things mathematically. ...

"The big uncertainty here is whether he can actually do that. It's not clear how tough Democrats are willing to be about that. When Democrats controlled the Senate, the House and the White House with President Obama, they had two years really in which they could have done that and they didn't. They were worried about putting in place any kind of tax cut during a terribly deep recession. They were worried about being cast as tax raisers by the Republicans heading into the midterm elections. And then once they lost the House, they lost the ability to do that.

"And so, if President Obama wins re-election, we're going to end up in this fairly incredible situation in which starting Jan. 1 — for a whole host of reasons — ... tax rates are going to go up on everyone. All the Bush tax cuts expire, not just on the top end, and Obama will be saying, 'Let's extend them all except on the very top,' and Republicans will be saying, 'Let's extend them all.' But if they can't come to a deal, taxes go up on everyone. The Congressional Budget Office says it would be such a big tax increase and the economy is so vulnerable, that it would send us back into recession. It's going to be a game of chicken. And it's going to be fascinating to see who swerves off the road first."

On how Republicans and Democrats differ on Medicare

"The budget deficit is overwhelmingly about Medicare. It's overwhelmingly about the fact that most Americans will pay much less in Medicare taxes than they will get in Medicare benefits — even though people don't always realize that. They think they pay for their Medicare, but the typical person does not come close to doing so. So neither party has a plan to get it into balance.

"The Democrats' plan is to make much less of a change to Medicare than Republicans would. It is to say, through a variety of ways, we want to reduce the growth rate of Medicare spending. We want to say, if there is scientific evidence that suggests that this expensive new treatment doesn't actually make you healthier, well, over the long term Medicare may not reimburse for that treatment, as much as it would for a treatment that there is scientific evidence. You could still get it, but you'd have to pay for it. It takes baby steps in that direction. Many health experts wish it would go further, but when you think about the whole debate over death panels, you realize why this is tricky terrain. ...

"The [Republicans] say, 'No, no, no.' The whole thing, to some extent, is broken and what we need to do is turn it over to the private market. And competition will take care of this problem. And so the government will give you a chunk of money. You can go out; you can buy your own plan. And by competing for your business, the plans will get rid of those inefficiencies in Medicare. The Republicans have backed off a little bit from some of that.

"In the original Paul Ryan plan, you had to move to that if you were 55 and under — everyone 55 and older got to remain in Medicare. In the new plan, it's sort of an option. But I don't think there's any doubt that philosophically that's what the Republicans want to move more toward. And you can make an argument that it will make a big difference. There's always some reason to doubt that it would because historically, the record of market competition working in health care is very mixed. It's worked for things like laser surgery. It hasn't worked so well for things like heart surgery or cancer care.

On the question: "Are you better off now than you were four years ago?"

"Paul Ryan said the people are not better off. And Joe Biden said America is better off. I actually think you can make a really good argument that they're both right. And here's what that argument would look like. The country itself is better off. Four years ago, September 2008, we were just about to enter a horrific downturn. The collapse of Lehman Brothers set off the worst of it. If you look at something like world trade, stock prices, industrial production worldwide — an economist named Barry Eichengreen with colleagues have done some of this work — it is remarkable how similar 2008 looks like 1929 in terms of the speed of the declines, in almost any global economic indicator of import that you look at. In most of the ways, 2008 was a little bit worse than 1929. And yet, of course, we don't have anything that looks like the Great Depression. As bad as the economy is, we don't have unemployment at 20 percent. When you look at those measures, what you see is in 2009, the economy really stabilized. It's remarkable to look at those lines continue to fall back in 20s and 30s, and sort of flatten out in 2008 and 2009. The Obama administration can claim a lot of credit for that. They broke the back of this, along with the [Federal] Reserve, and by the way, with an assist from the outgoing Bush administration, which was quite aggressive in its final months. And so is the country better off today or when it is was in the very early stages of this really frightening crisis? I don't think there's any question that we're better off today as a country than we were then. ...

"But, there is also a very serious argument that a typical American household is worse off than it was four years ago and that's because financial crises don't do all their damage at once. They do it over many months and then there are long, slow disappointing, painful recoveries. And I think one of the fairest indictments of the Obama administration is that it has consistently underestimated the severity of this crisis. It didn't in 2009, but since then it has. It thought the recovery would be better than it really was. And the same goes for the Federal Reserve. And so most of the reason why we're not better off is just that's the way financial crises work. But some portion of it is that the policy makers, The Fed and Obama administration looked on the bright side a little bit too often. And didn't take every step they could have taken. And so when you look at something like household income, when you look at median wealth, when you look at the percentage of the population that's working — on all of those measures we are lower than we were four years ago. And so I think it's fair to say the typical American household isn't better off, but the country is."