Accessibility links
Movie Review - 'The Words' - Serious Questions, Meet Sappy Romance In the directorial debut of screenwriters Brian Klugman and Lee Sternthal, sensitive author Rory Jansen (Bradley Cooper) stumbles upon a manuscript and passes it off as his own. The success that follows is tempered by an encounter with the real author. 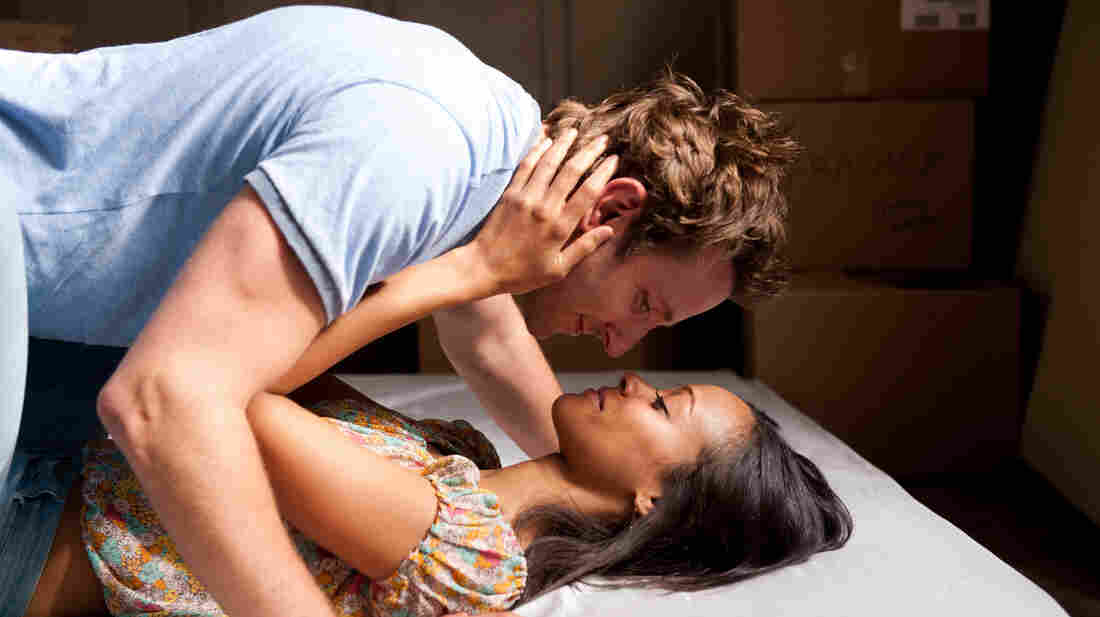 Frustrated author Rory (Bradley Cooper) and his wife, Dora (Zoe Saldana), come into possession of a manuscript that Rory decides to pass off as his own. Jonathan Wenk/CBS Films hide caption

Bradley Cooper has the wolfish grin and raffish charm of a cardsharp — or a baby hedge-fund manager. So at first you may find him a tough sell as a writer of prose so sensitive and "interior" that even an admiring old-school editor tells him it's unpublishable.

Hold on, though. The writer has moral flaws, and a name, Rory Jansen, that's better suited to a designer of racy swimwear than a crafter of lambent sentences about the inner workings of the psyche.

Rory's wise old dad (J.K. Simmons), who writes the checks that keep Rory at his desk, cautions him to know his limitations. But The Words is an all-American story made in Hollywood — the earnest Big Ideas debut of screenwriters Brian Klugman and Lee Sternthal, who earlier worked on Tron: Legacy. They're fans of Ernest Hemingway and John Fante, tragic titans of literature who, directly and indirectly, push their way into the action. So it's not limitations that are on the table so much as the recognition of genius, and that's where Rory's troubles begin.

Rory and his wife, Dora (Zoe Saldana, struggling to breathe life into a character who's little more than a full-service cheerleader), are convinced that greatness seethes within him. In a battered old briefcase picked up by his wife in Paris, Rory finds the manuscript of an enthralling tale penned long ago by a young writer about his sacrifice of the woman he loved for his art.

Frustrated by his own failure to publish, Rory passes off this story as his own. A glitzy new-school editor (Zeljko Ivanek) pounces on it; success follows, along with the literary high life Rory has dreamed of (Amazon, Charlie Rose, black-tie award dinners, the works). The glory is tempered only by the occasional quick twinge of existential unease.

So it's a while before Rory notices the Old Man (get the reference?) who's been hovering around the margins of his sleek new life, and who confronts him in Central Park, where Rory is enjoying a quiet moment resting on his laurels and a park bench. Jeremy Irons has been aging into a more alluring ruin with every passing year, but his grumpy old man is a bit much, not least because, in an overeager costume designer's idea of a Real Writer, he looks in his rags like a bag person freshly risen from his cardboard box.

The Old Man isn't looking for justice, or a cut of the royalties, or even for a public apology. He wants Rory to understand that he has stolen another man's life and work. Fair enough, but here the movie veers off into extended flashbacks to a World War II Paris full of cobbled streets and sepia tones, where a peculiarly bloodless drama plays out in which the Young Old Man (Ben Barnes) neglects his grieving wife — they've lost a child — to work on a short story that just pours out of him. 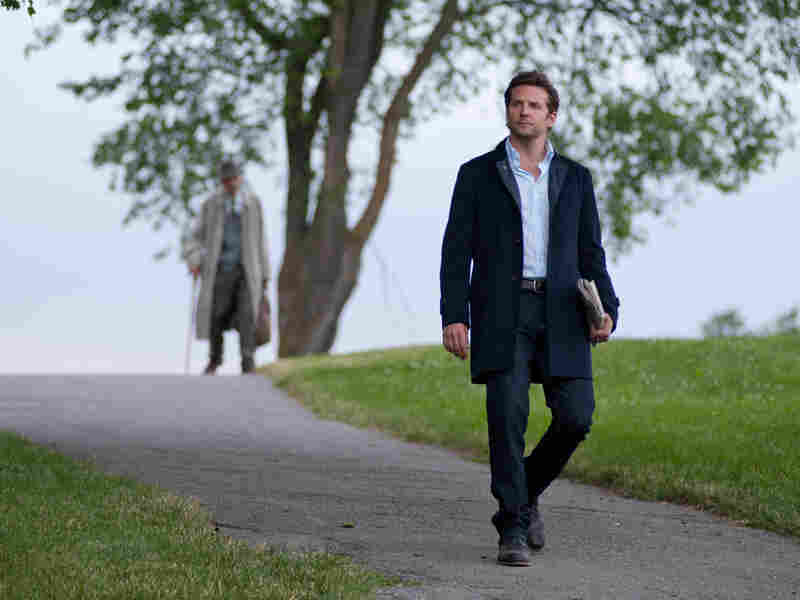 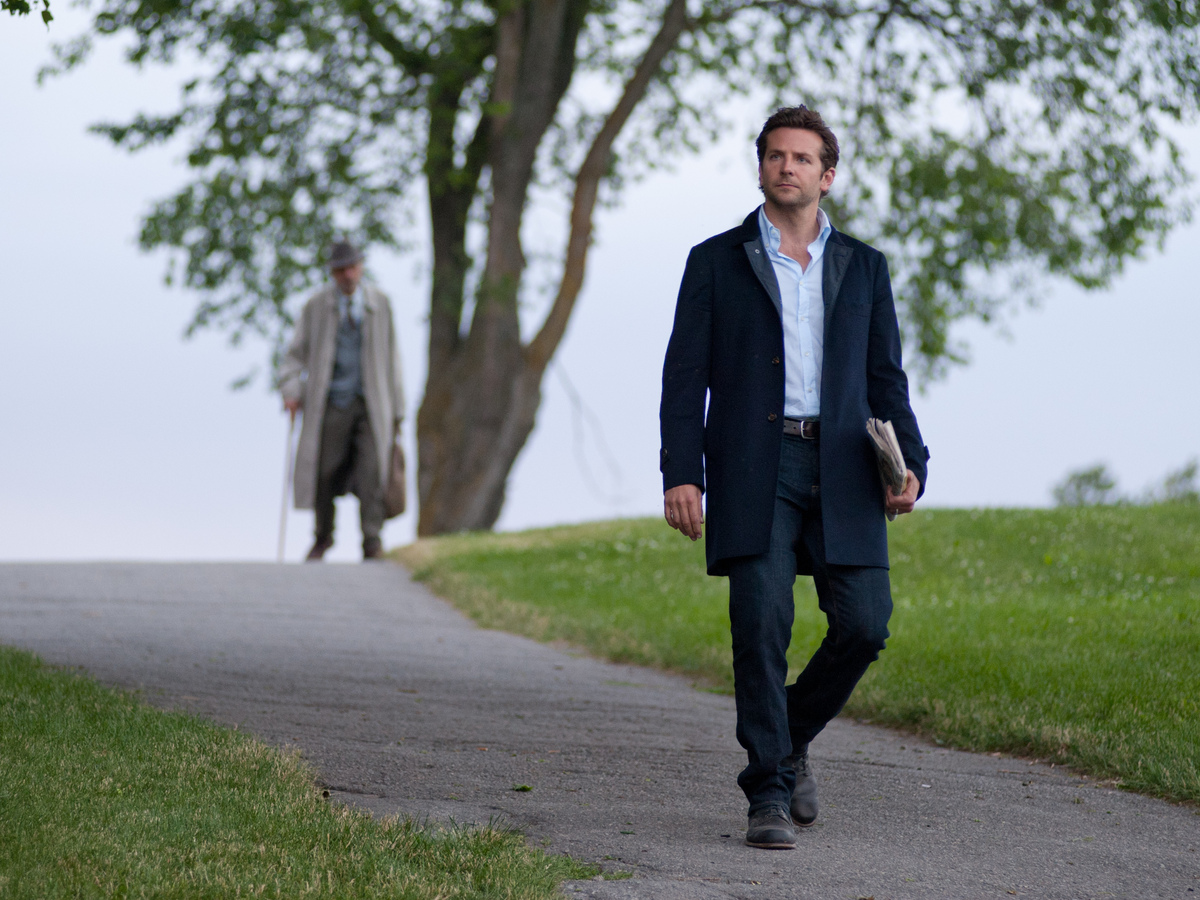 The things we do for art. And lest this theme is lost on you, it's repeated twice more in a blaring, triple-layered structure in which another writer (Dennis Quaid in excellent devious form) folds the Old Man's story into Rory's, only to have his own unsavory past laid bare under pressure from a lovely, skeptical graduate student (Olivia Wilde).

Overworking its heavily romanticized tragedy — last time I looked, most writers reconcile marriage and work with no more trouble than the rest of us — The Words founders on a spurious dichotomy between love and art. Which is a pity, because the movie is smart and persuasive on the casually incremental way in which plagiarism becomes an option for people like Rory — and perhaps for anyone. He's just copying good writing to start with, then quietly, only slightly furtively, the stolen property is gradually rationalized in his conscious mind, until he can't see the train wreck for the tracks.

At its best, The Words asks, "How shall we live?" — a good, honest question about ethics rather than love, and well worth asking in an era whose cultural conversation is dominated by "How can I win?" At its silly worst, it's all about these guys who undervalued the missus.