Accessibility links
Movie Review - 'For Ellen' - A Father, Showing Something Distantly Like Love So Yong Kim's film follows a misanthropic rocker (Paul Dano) going through a divorce and encountering his 6-year-old daughter. Improvised dialogue and on-location shootings provide a bleak realism, but the film doesn't do much with character, says critic Mark Jenkins. 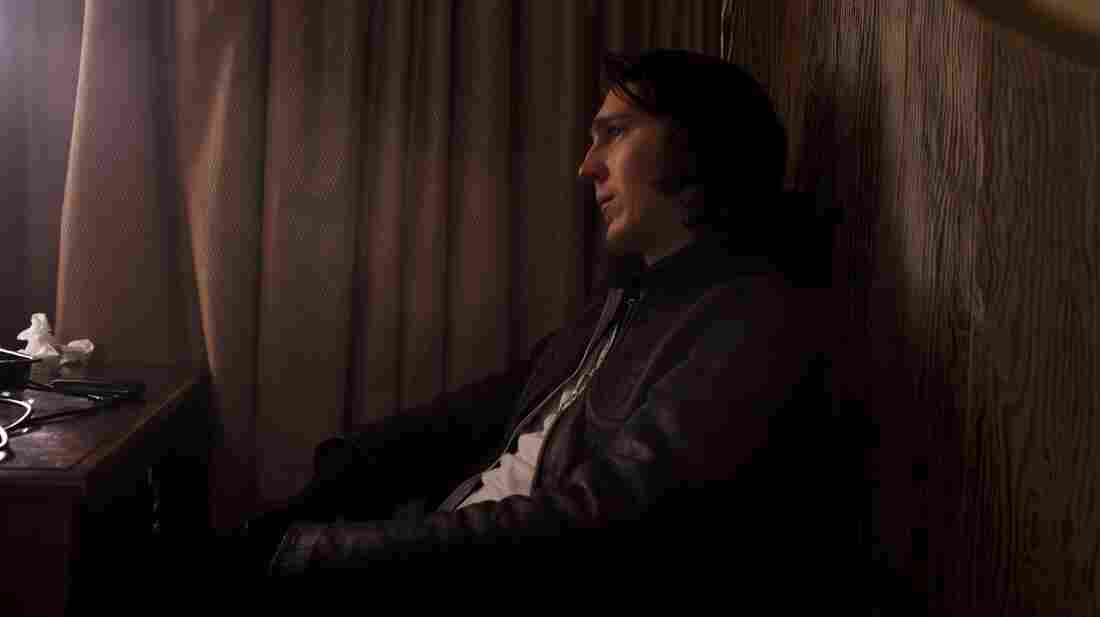 Joby (Paul Dano) is increasingly detached from the rest of humanity as he travels to sign divorce papers with his soon-to-be-ex-wife. Carolyn Drake/Tribeca Film hide caption 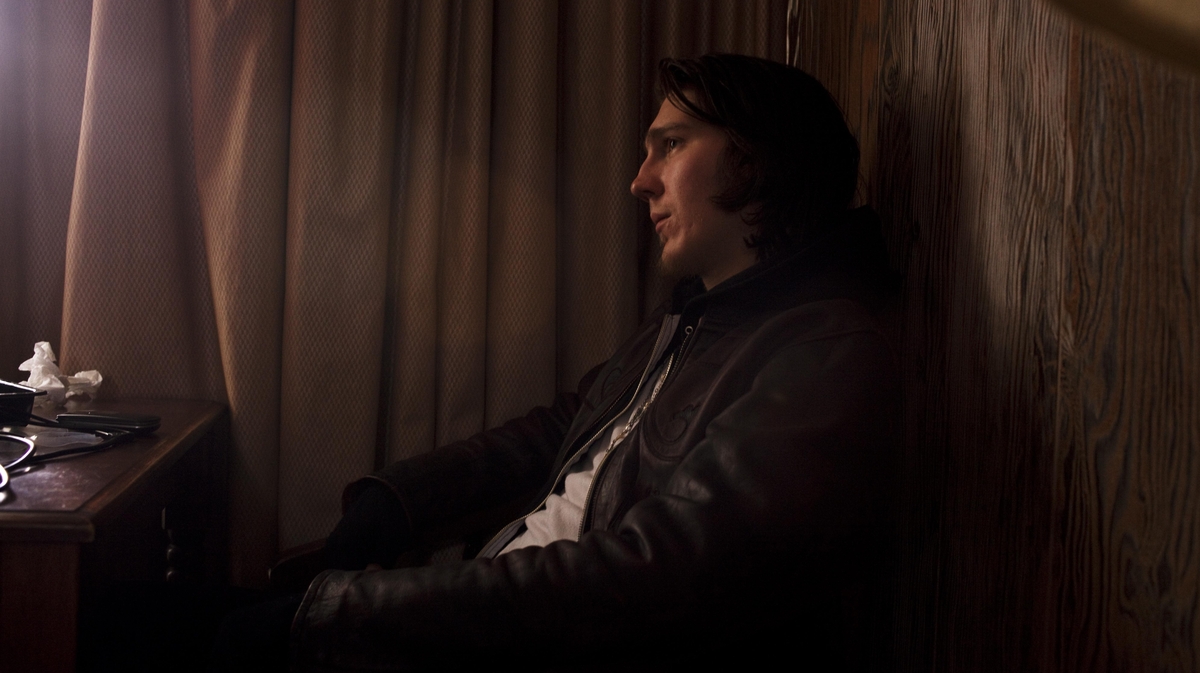 Joby (Paul Dano) is increasingly detached from the rest of humanity as he travels to sign divorce papers with his soon-to-be-ex-wife.

The centerpiece of For Ellen is the long-postponed meeting between a rock-band singer, Joby Taylor, and the 6-year-old daughter whose name is in the title. But writer-director So Yong Kim's wintry character study is primarily a solo act, punctuated by the occasional duet.

Played by executive producer Paul Dano, Joby materializes out of widescreen darkness in the shaky, blurry opening sequence. He's a rock-and-roll ghost — thin, pasty and barely visible. Through phone conversations and brief meetings, we gradually discern that Joby has gone AWOL from his group in order to sign divorce papers with his soon-to-be-ex-wife in her upstate New York hometown.

The deal sours when Joby learns that, in exchange for 50 percent of the couple's former house, he gets zero percent of Ellen. He needs to think that one over, so the movie gets another day to follow the out-of-place musician around Lonelyville, a place of cheap motels and cheaper bars — but also a mall with a toy store.

Joby never really gets the conversation he wants with his ex (Margarita Levieva). But he does share a few drinks with his straight-arrow lawyer (a low-key Jon Heder), as well as an outing with Ellen (Shaylena Mandigo), who's understandably distant. It's not clear if the two have ever seen each other before, but Ellen clearly doesn't know him.

Almost as central as Joby's few hours with Ellen is a one-sided phone conversation between the singer and a bandmate; it suggests that Joby is fundamentally solitary and angry at, if not the world, then most of its inhabitants.

Later, Joby dances unaccompanied to Whitesnake's hideously dated "Still of the Night," again proving himself to be furiously alone. He's shown mostly in closeups or long shots, to emphasize either his self-absorption or his disconnection from the larger world.

As Joby, Dano adds tattoos, a leather jacket, black nail polish and a scraggly goatee to his usual lank hair and shell-shocked demeanor. It's a solid performance, yet much like ones he's given before. 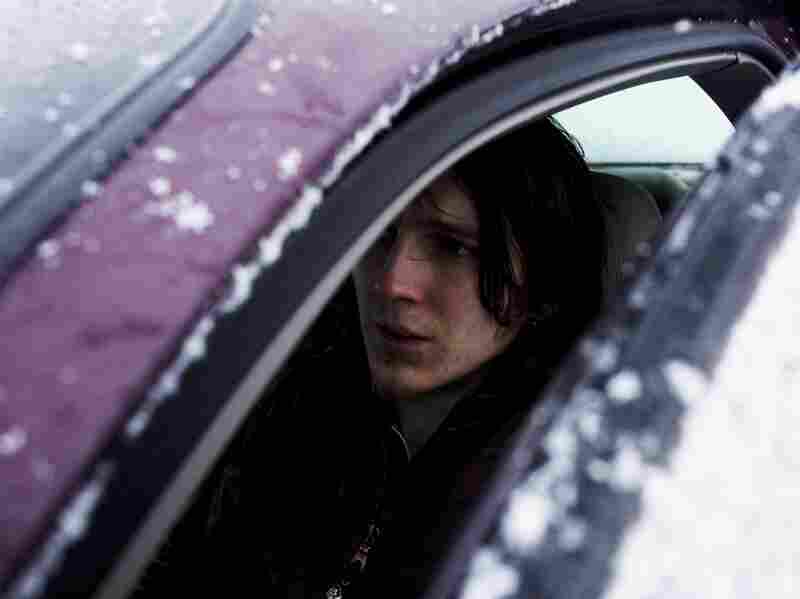 Much of For Ellen is shot on location in snowy landscapes. Carolyn Drake/Tribeca Film hide caption 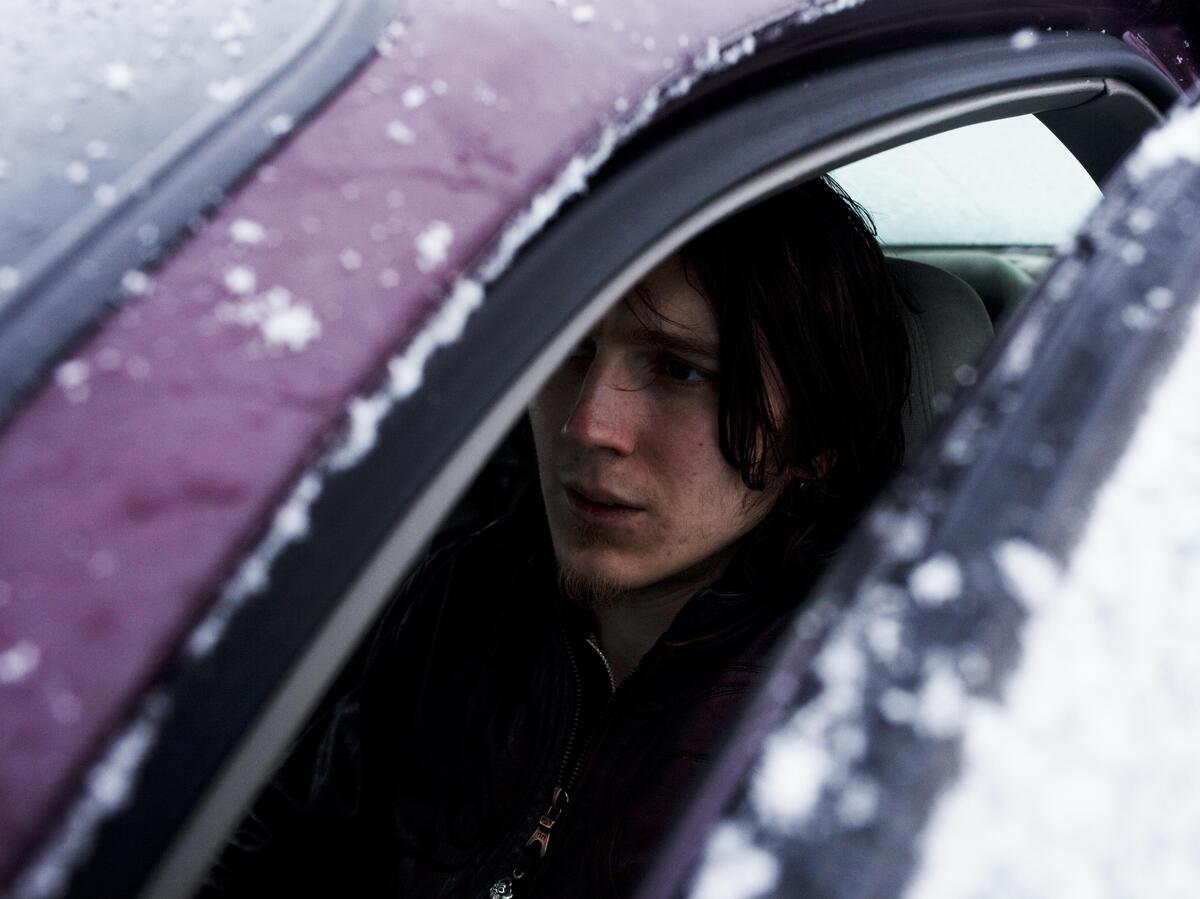 Much of For Ellen is shot on location in snowy landscapes.

A downscale counterpart to Sofia Coppola's Somewhere, For Ellen was shot quickly on snowy locations, with some of its dialogue apparently improvised. The movie's naturalism easily trumps its minor contrivances, including a scene in which Joby drives off the road to demonstrate that he's, well, gone off the road. An even smaller gimmick is the use of a classical piece, Beethoven's "Fur Elise," whose title parallels the movie's.

Kim, a Korean-American filmmaker, is the mother of a young daughter and had little contact with her own father. So For Ellen reflects real-life anxieties. It's certainly not one of those movies in which moppets are preternaturally wise, with transcendentally simple emotions that can heal the spiritually sick or raise the head-banging dead.

Yet by concentrating so intently on the psychically unattached Joby, Kim hinders dramatic and character development. Her Treeless Mountain, the Korea-set saga of two young sisters, was also quiet and open-ended. But the interplay between the two girls provided warmth and depth. For Ellen feels both colder and slighter.