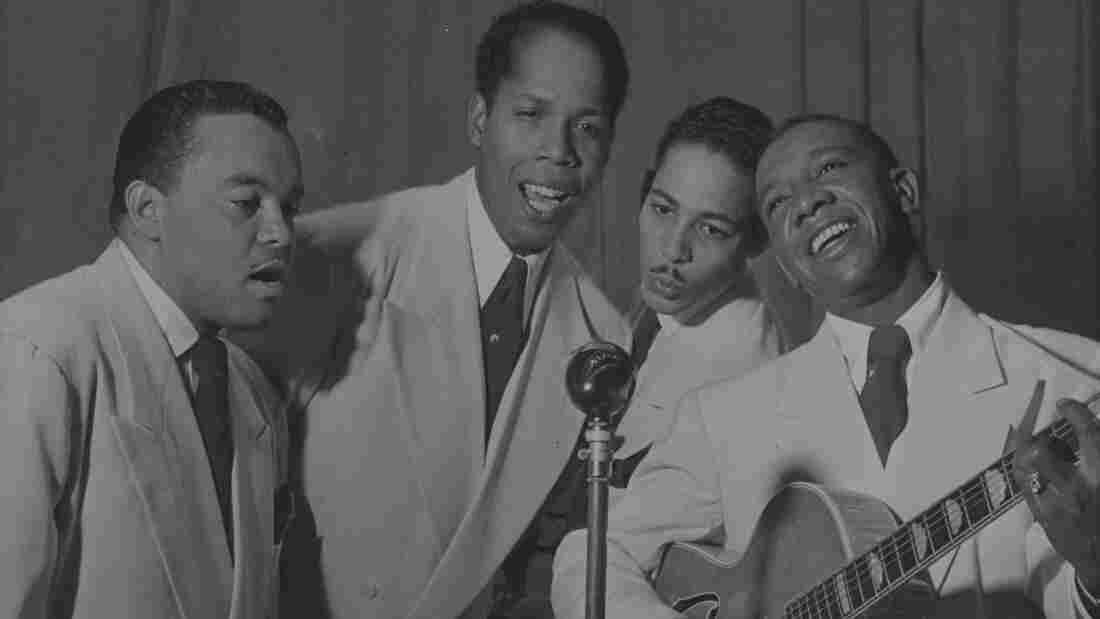 Vocal groups like The Ink Spots went on for decades, often without a single member of the original group appearing with them. Fred Ramage/Getty Images hide caption 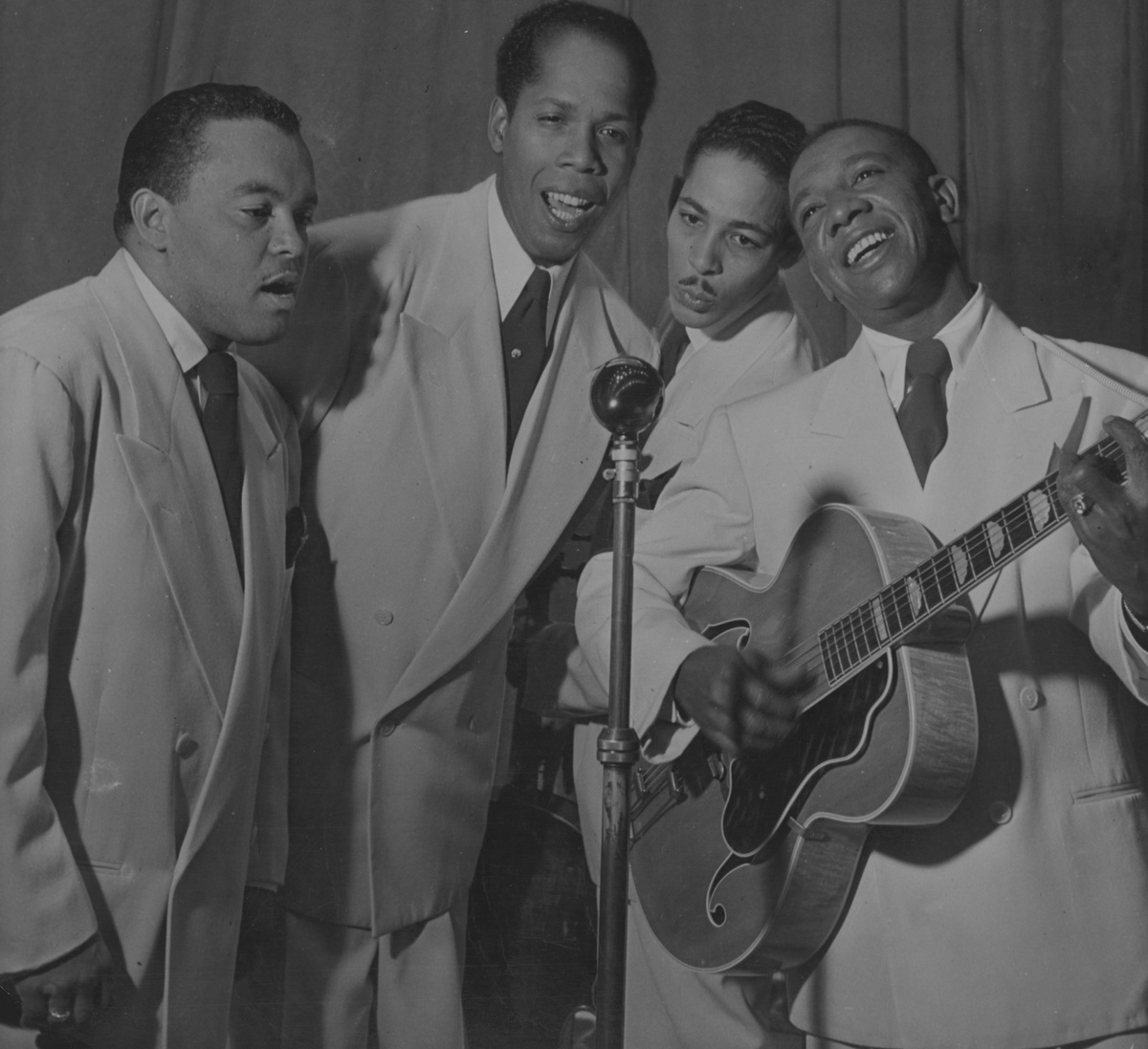 Vocal groups like The Ink Spots went on for decades, often without a single member of the original group appearing with them.

During the early 1950s, when rock 'n' roll's history was beginning to come together, no single type of music sold better — or was more influential in binding teenagers together — as the harmony singing known as doo-wop. It didn't come out of nowhere, however, and scholar Bill Dahl has now undertaken a 15-volume year-by-year survey of the form for Bear Family Records called Street Corner Symphonies: The Complete Story of Doo-Wop.

"Sixty Minute Man" by The Dominoes

Billy Ward and the Dominoes' "Sixty Minute Man," an underground hit in 1951, is often credited as one of the first rhythm-and-blues records that white kids bought because it was dirty. By today's standards, it's pretty mild, but it was a different story then. Otherwise, the song is normal fare for the day, with bass singer Bill Brown taking the lead and the rest of the group punctuating the lyric with support.

Vocal groups had been around for a while by the time this record was made, and were often part of nightclub shows back in the 1930s. Some would sing with the band's rhythm section behind them, and some, like the Cats and the Fiddle, played their own instruments.

Others, like the Ink Spots and the Mills Brothers, were famous on their own, and would play clubs and package shows with other musicians. Some of these acts went on for decades, often without a single member of the original group appearing with them.

The Rise And Fall Of Vee-Jay Records

As far as black teenagers were concerned, though, this was old folks' music, and after WWII, they wanted something of their own. For harmony singing, all you needed were some other singers, and basic harmony instruction was as close as the church your parents probably made you attend anyway. The first wave of these groups was referred to as the "bird groups," because the Robins, the Orioles and the Ravens were the first to start investigating the new ways of presenting vocal harmony. The Ravens, for instance, had a bass lead singer, Jimmy Ricks, known as Ricky.

Ricky's bass lead was copied by a lot of other groups, but although the bird groups were younger, this was still the old frontman-with-harmonies approach. As some of the new gospel groups coming up were proving, there was another way, and when one of them decided to go secular, hits often followed.

The "5" Royales' "Baby, Don't Do It," from 1952, translated gospel fire and quick interaction between the soloist and the group into a big hit for the former Royal Sons, and they never looked back. Vocalist Johnny Tanner is rightly credited with being one of the inventors of soul music.

The other approach was to take an old standard and rearrange it, as with "Stormy Weather," a chestnut from the '30s film Holiday Inn. The version heard on Street Corner Symphonies is on one of only two known copies of one of the world's rarest records, recorded by the Five Sharps — the other copy has a crack in it. Not only was this a holy grail for record collectors, but the song also became a challenge to young groups to harmonize and rearrange, to show your chops.

"Golden Teardrops" by the Flamingos.

By 1953, it was clearly harmony that was the thing, and one of the first groups to throw down the gauntlet was Chicago's Flamingos, who would rank among the champions of the genre for years. One of the group's first records, "Golden Teardrops," shows what it could do. Lead singer Sollie McElroy is only part of the story here. I think the falsetto is by Zeke Carey, but Bill Dahl's liner notes aren't clear on this.

And, of course, combining the rhythms that would eventually become rock 'n' roll with some solid harmonizing could also move records with teenagers, black and white. Doo-wop would soon conquer America, to the delight of its teenagers — and the dismay of its grouches.