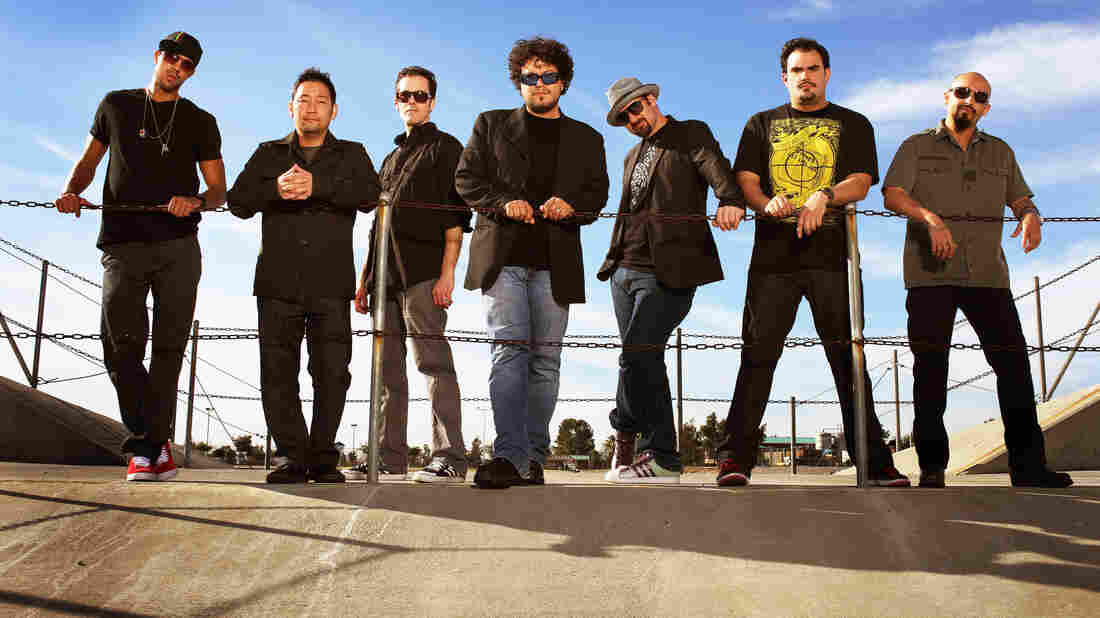 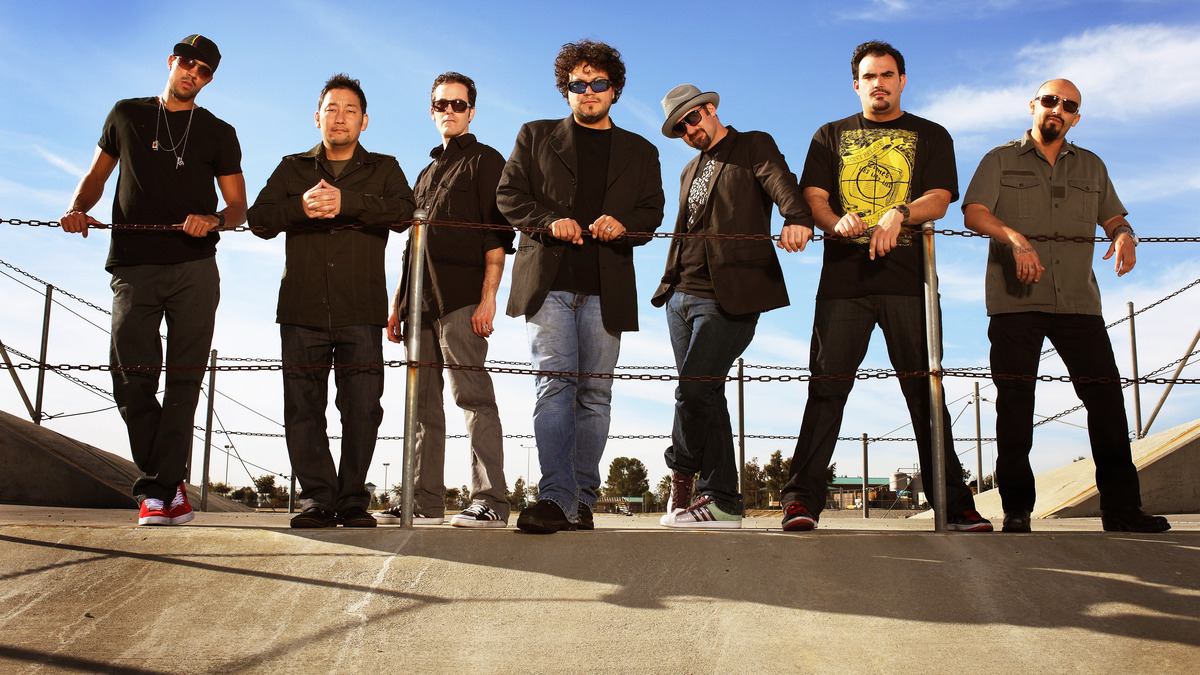 Ozomatli is a genre-spanning, Grammy-winning band whose sound draws from Latin influences like salsa and cumbia, as well as hip-hop, rock, reggae and funk. Its many members are political activists who met while working with the Peace and Justice Center of Los Angeles; their first performance was for picketers during a strike. Lead singer Raul Pacheco talks about how politics influence his own music in the next installment of Latin Roots.

Although Ozomatli's lineup fluctuates, the band has been together in some form or another for 16 years. After first gaining recognition opening for Carlos Santana in 1998, Ozomatli has put out a string of studio albums and remained a force in popular music. In this session of World Cafe, its members talk to host David Dye about their new series of children's music, Ozokids, and play some of their classics.