Accessibility links
Advocate Fights 'Ambient Despair' In Assisted Living Martin Bayne entered an assisted living facility at 53 after he was diagnosed with young-onset Parkinson's disease. Now he writes about long-term care reform. He tells Fresh Air about recording residents' final days and how death is handled "very poorly" in facilities. 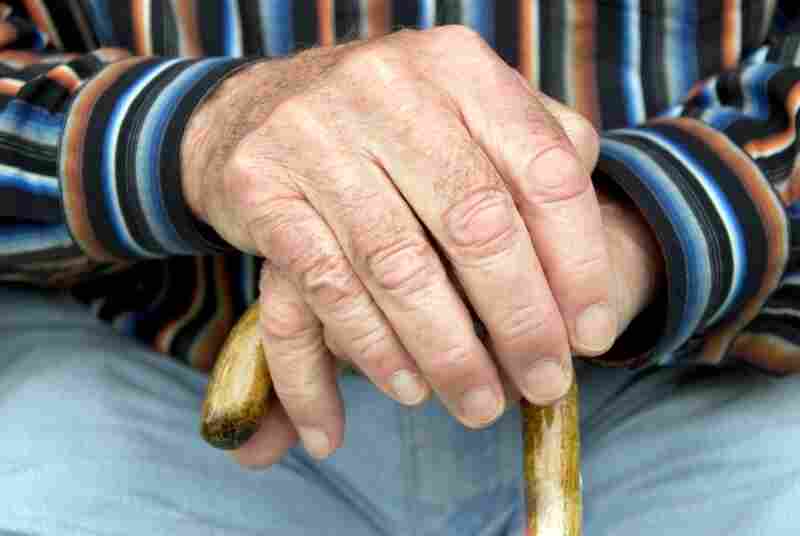 Most residents in assisted living facilities are in their 80s and 90s and arrive after a traumatic event, according to Martin Bayne, who writes about long-term care reform. iStockphoto.com hide caption 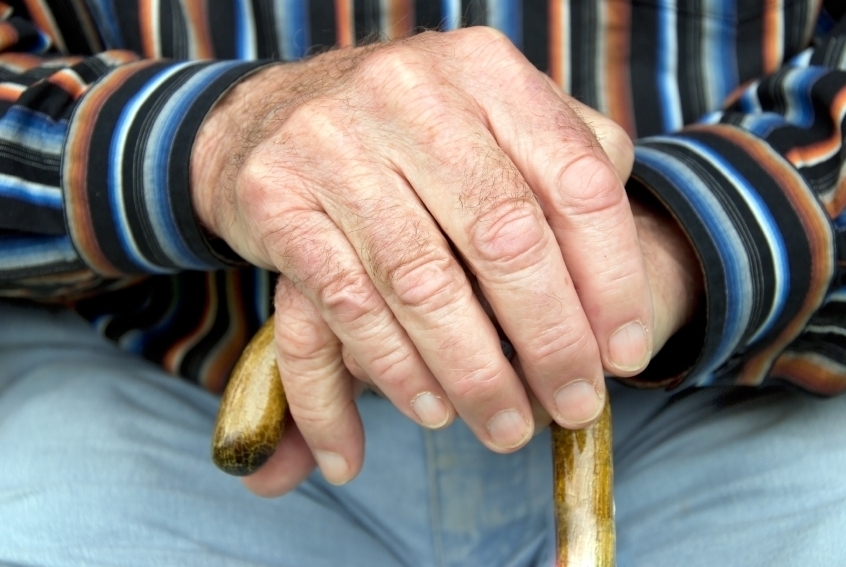 Most residents in assisted living facilities are in their 80s and 90s and arrive after a traumatic event, according to Martin Bayne, who writes about long-term care reform.

Martin Bayne entered an assisted living facility at 53 after he was diagnosed with young-onset Parkinson's disease. The disease affected his nerves so severely, it was impossible for him to take a shower and get dressed by himself.

"When I was in my 40s, I was physically fit and very active," Bayne tells Fresh Air's Terry Gross. "And to have to give all that up and stay in a wheelchair now and be helped by so many people to do the simplest of things — it takes a little getting used to."

That was 10 years ago. Bayne has gotten used to getting help in the assisted living facility in Pennsylvania's Lehigh Valley. He says it allows him to manage his illness and maintain a good quality of life.

But Bayne is unlike most residents in assisted living facilities. They're often in their 80s and 90s, and move in typically after a traumatic event, Bayne says.

"They just lost a spouse, they have some terrible disease, or they're in a stage of dementia where they can't live by themselves," he says. "And it can be frightening for people at that age to come in and all of a sudden have to deal with all this foreign, new stuff."

A Room With A Grim View: The 'Ambient Despair' That Marks Life In Assisted Living
The Voice Of Aging Elders
The Feathered Flounder

Bayne calls himself an observer-advocate and writes about long-term care reform for the elderly. He has covered the operational issues of some assisted living facilities, including wheelchair inaccessibility and what he described in Health Affairs and later the The Washington Post as "a top-down management team whose initial goal seems to be to strip us of our autonomy."

In that article, Bayne noted that the real problem residents face in assisted living facilities is coping emotionally.

"Most residents show a calm, even peaceful veneer," he wrote. "But beneath the surface, all of us are susceptible to the ambient despair that is a permanent component of life in assisted living. It's the result of years of loneliness and isolation."

Bayne tells Gross that he makes it a point to introduce himself to new residents in the facility and even conducts video interviews with some of them.

"I love the community I'm in; it is my home," he says. "And the people there — no matter how demented or how sick or whatever wrong with them — I feel that [it's] my responsibility to make their journey while still on this planet as joyous and fulfilling as possible."

A former journalist and Zen monk, Bayne now publishes a literary journal called The Feathered Flounder, featuring writers in their 60s and older. 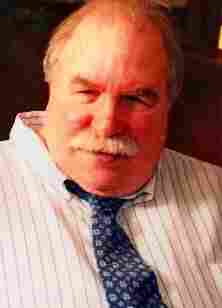 Martin Bayne was diagnosed with early-onset Parkinson's at 53. He now publishes a literary journal called The Feathered Flounder, featuring writers in their 60s and older. Courtesy of Martin Bayne hide caption

"The truth is, in the facility I am in, the administration [is] by and large wonderful people — wonderful people — but in many facilities they are not, and they have a top-down management system, which starts obviously with the owners, or stockholders, whichever the case may be, and they try and make you as compliant as possible, as quickly as possible. They don't need any revolutions. They want to put on a good face for the public. I was driving with someone else about a mile away from where I live and I saw an ad, a large ad, for my facility and there was a couple dancing [in it]. And I said to myself, 'If I stood outside my room for five years, I would never see a couple dancing in my facility.' "

On societal perceptions of the elderly

"We as a society have begun to think of what our elders are capable of as merely pinochle and dancing and bingo — and that's such a waste of humanity. It really is. I mean, that's sadder in my opinion than cases of neglect that you see in facilities. To see someone who is, or was, a doctorate — had a doctorate — or was a high-level professional or was just good at what they did, could have been a cabinetmaker, and then to see them lose that edge, to see them stop and become what I call elder zombies. It's very sad, very sad."

"I try and get people on video as soon as possible because you never know how long they're going to be here, and video has never let me down. It's wonderful. I just set my camera up on a tripod, I invite people in to sit with me and talk for half an hour about anything that's on their mind. ...

"It's almost like the most intimate form of communication that I can think of, and it allows me to sit there with a person, and for a few moments we just let our guards down. ...

"I find that people that I've never talked before in that way all of a sudden open, and your life spills out in front of me and I'm moved often to tears myself. One of the first things I do when someone's died is show the video to their children. I still keep them, but I always show it to the family if I do have a video of the deceased."

On how death is handled in assisted living facilities

"This is a factor of which facility you're in, but I would say it's fair to say that on the whole, death is handled very poorly, very badly. And I think that setting up a time and a place to honor the person who's just died not only completes their life but, in a way, brings a sense of joy and release into your life, and it gives you a sense — I think for everyone — that life is purposeful and that we have to acknowledge [death], not hide [it] under the rug. Death is also an integral part of who we are as human beings, and I think to talk about it openly, while in a way celebrating the lives of the deceased, I think is very helpful."