Accessibility links
Syrian Refugees Move Into Lebanon's Crowded Camps As Syrians flee war in their homeland, many come to Lebanon, which has not built tent cities as other countries in the region have. Some Syrians are taking up residence in Palestinian refugee camps that have existed for more than six decades. 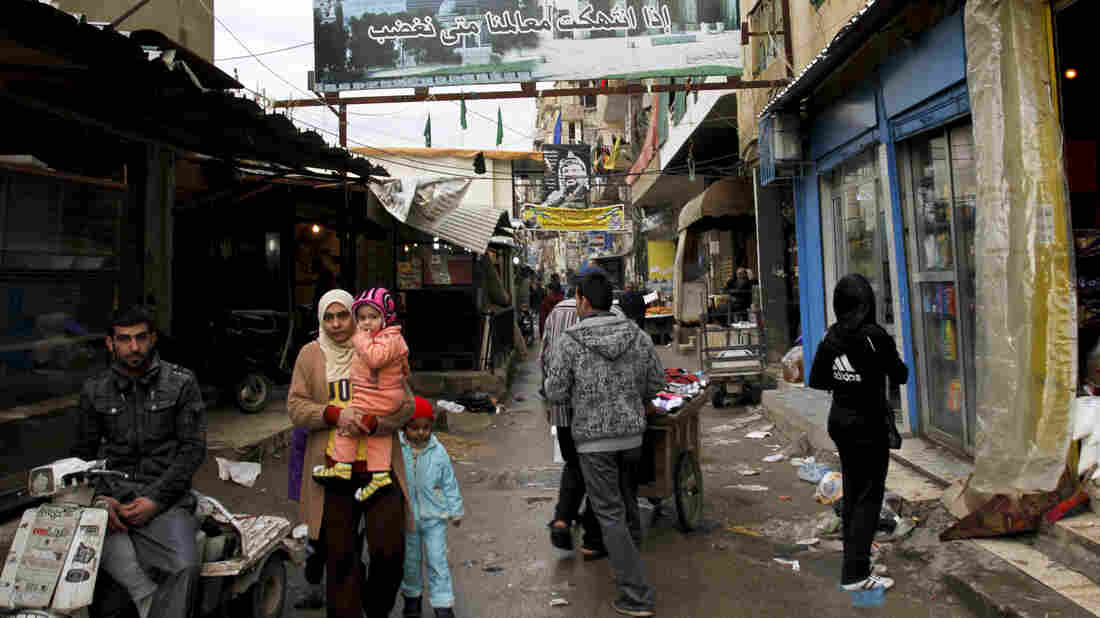 The Palestinian refugee camps in Lebanon are overcrowded and run down. But Syrian refugees are moving in as they flee the fighting in their homeland. Mohammed Asad/APA/Landov hide caption 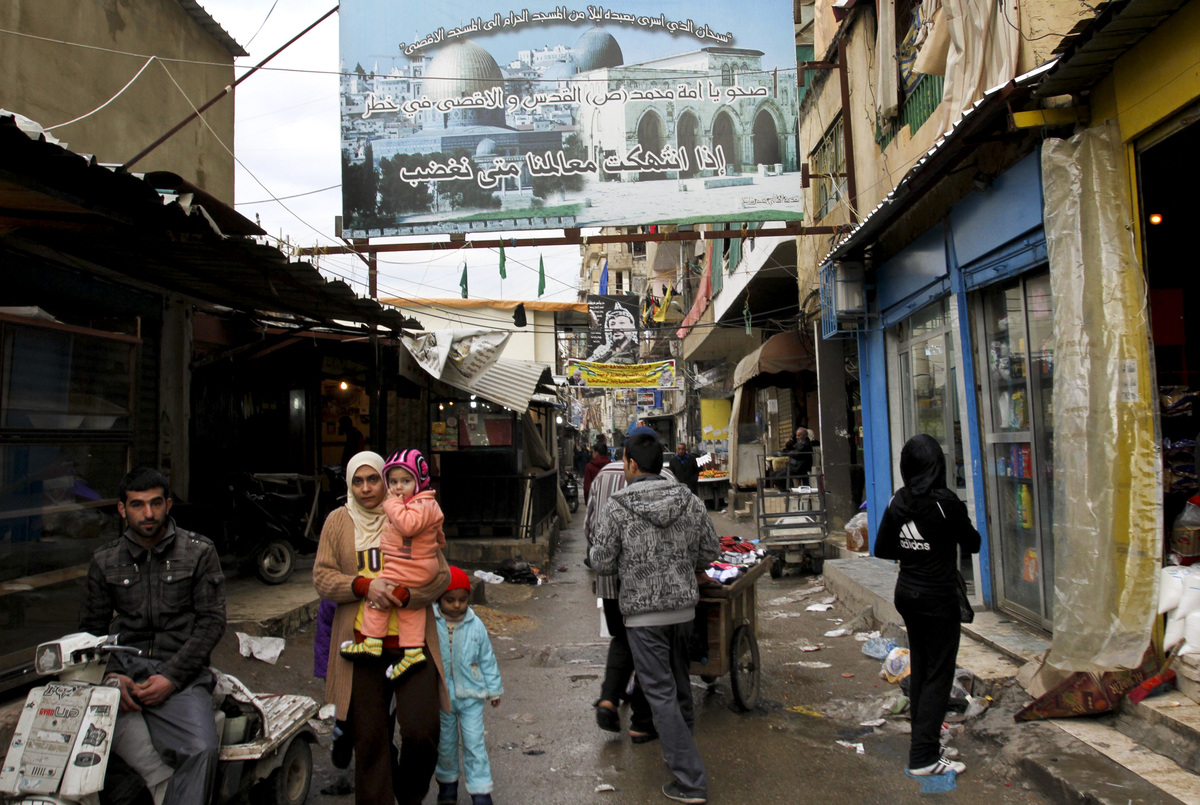 The Palestinian refugee camps in Lebanon are overcrowded and run down. But Syrian refugees are moving in as they flee the fighting in their homeland.

The conflict in Syria is sending a staggering number of refugees into neighboring countries. Turkey, Jordan and even Iraq are building tent cities.

But Lebanon has yet to build such camps. The country is already home to more than a dozen teeming, squalid camps for hundreds of thousands of Palestinian refugees who fled the war after Israel's creation in 1948, as well as their descendants.

The Palestinian camps of Lebanon are some of the oldest, most densely populated refugee camps in the world. And now, some Syrians fleeing their war are seeking shelter in those camps, too.

Palestinians fled here in 1948, thinking they'd go back home in a few weeks or months. It's now been more than six decades. They still live in squalor and under a host of restrictions imposed by the Lebanese, which, among other things, limit where Palestinians can live and work.

As we enter one refugee building, the hallway is strewn with trash, there's leaking water and exposed wires everywhere. A generator is running, and the place smells like fish.

Dana Sleiman of the U.N. refugee agency, on Syrian refugees in Lebanon

The building is one of many that make up the Sabra refugee camp. The building used to be a hospital. In 1982, during an infamous massacre of Palestinians carried out by Lebanese militiamen aligned with Israel, bodies filled the morgue here.

Now the buildings are basically a vertical slum, more like a high-rise housing project than a haven for refugees.

The top of the building includes makeshift dwellings built out of concrete blocks and metal doors. One of these places is a room that used to serve as a dorm for dozens of Palestinian day laborers.

Now it's home to a Syrian woman and seven children who just arrived three days earlier. The Syrian army has been shelling their hometown in southern Syria.

The mother, who didn't want to give her name, says she came to the camps because her husband used to work in Beirut as a day laborer and lived here with other workers. Now the workers have moved out and the family has moved in.

Syrian families here in the camps don't register with the U.N. or other agencies or seek formal assistance. Instead, they try to lay low and pay their own rent, which is cheaper than renting a regular apartment in Beirut.

They rely on a small group of Syrian activists who collect money, buy food, divide it up into plastic bags and deliver those bags to the neediest families.

With No End To Conflict In Sight, No Winners In Syria

Syrian activist Rami Sleiman says his group has registered some 450 Syrian families here in the Palestinian camps. He says Syrians are drawn to this place because they believe Palestinians understand their suffering.

"The Syrians or the refugees feel so comfortable about that," he says. "If I just have one lira, it means that everyone have one lira, and we can manage ourselves."

It's not always so communal though. Activists say they hear a lot of complaints from Palestinians, who wonder why the Syrians should get help when their kids need help, too.

Most of the Syrians say they just keep to themselves even when the conditions become unbearable.

In another refugee building, there's no electricity and the place reeks of sewage. Upstairs on the eighth floor, another Syrian woman says she and her kids have had colds for weeks. But, she says, "What can we do?"

To be poor and to ask for help in the Arab world is to bring shame to your family. That's why Syrians fleeing tanks, bombs and airstrikes say they would rather live privately in squalor than publicly in a tent full of other refugees.

Dana Sleiman of the U.N. High Commissioner for Refugees says it's about two things: fear and dignity. Fear that Syrian government agents, who operate freely in Lebanon, could seek revenge against Syrians living openly with other Syrians.

And dignity about how a good Arab family is supposed to live.