Accessibility links
A Year After War Wound, U.S. Veteran Wins Paralympic Gold Navy Lt. Brad Snyder lost his sight to an explosion in Afghanistan exactly one year ago. On the anniversary Friday, he won the 400-meter freestyle at the Paralympics in London, capturing his second gold medal.

The first thing you need to know about Navy Lt. Brad Snyder is that he's a bit intense.

If you go to the U.S. Naval Academy, swim competitively, and make the cut for the Navy's elite bomb-disposal squad, you're probably going to be the competitive type.

The second thing you should know is that Snyder plans to continue doing all these things — even though he's now blind. 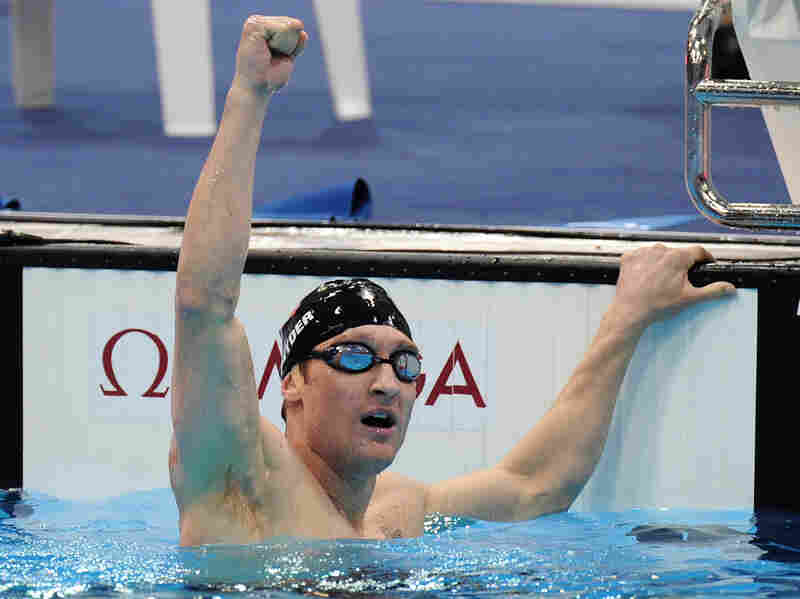 Bradley Snyder celebrates after winning gold in the 400-meter freestyle at the Paralympics in London on Friday. The Navy lieutenant won the event exactly one year after losing his sight in an explosion in Afghanistan. Shaun Botterill/Getty Images hide caption 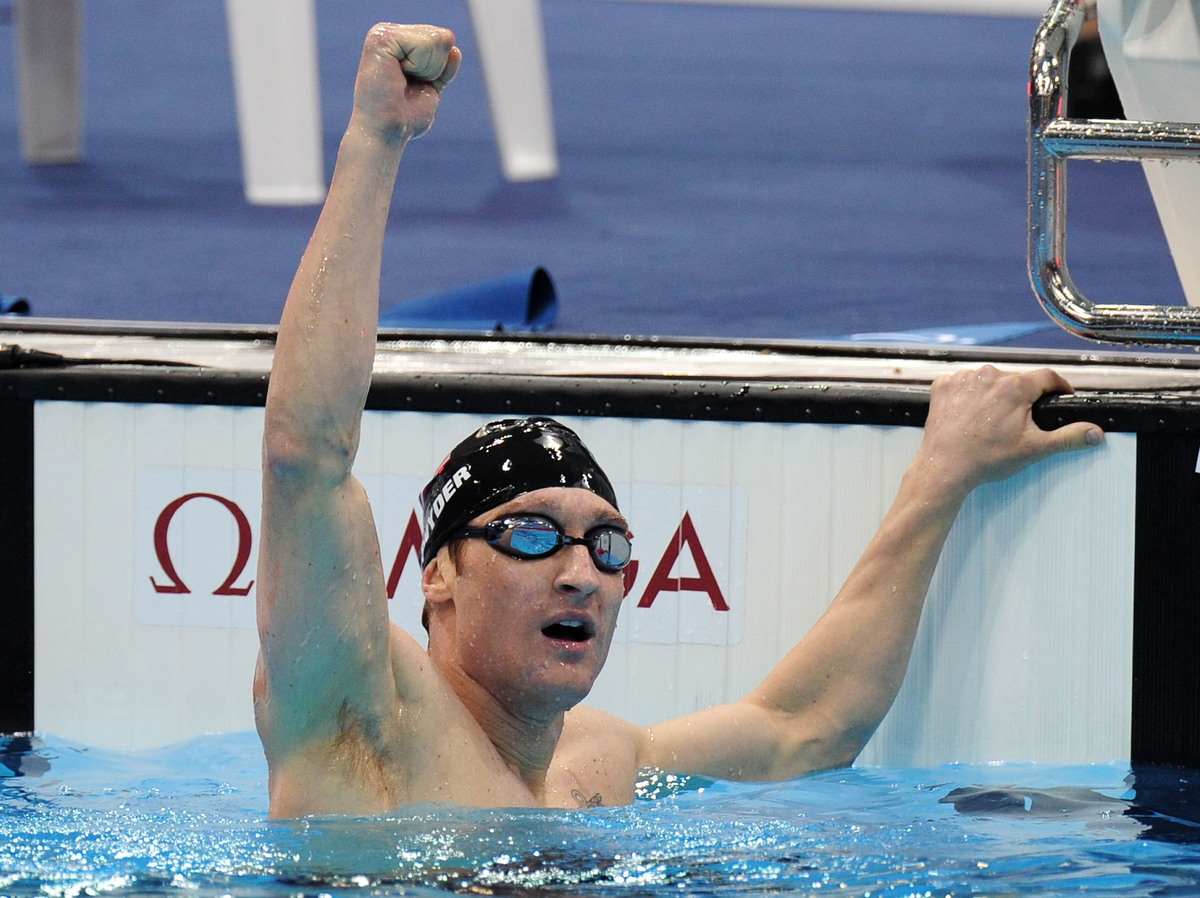 Bradley Snyder celebrates after winning gold in the 400-meter freestyle at the Paralympics in London on Friday. The Navy lieutenant won the event exactly one year after losing his sight in an explosion in Afghanistan.

Snyder's last combat deployment took him to Afghanistan, where he defused bombs for a Navy SEAL team. That's where he was exactly a year ago when an explosion blasted shrapnel into his face. He remained conscious the whole time as medics struggled to reach him.

"I was worried about the guys, what had gone on with my face, how to get to the helicopter," Snyder says. "I didn't really process that I was blind."

U.S. military doctors in Kandahar put him under anesthetic for the long journey back to Walter Reed Army Medical Center in Washington, D.C. Two days later he woke up.

"There were about 30 stiches in his face and a lot of wounds from shrapnel going in that were healing from the inside out — but he looks pretty much the same," says Snyder's mother, Valerie.

She flew in from Florida to be at his side when he woke up. That's when doctors told them his blindess would be total — and permanent.

"I stayed with him in the room that night, and at 4 o'clock in the morning he sat up and he said, 'It's going to be all right. Mama we're gonna get through this, everything's going to be fine.' And he's been like that ever since," she says.

Paralympians 'Dream, Drive, Do' In London

Victory At The Paralympics

Blind athletes at the London Paralympics have their own category. In swimming, a guide reaches out with a soft pole to tap the swimmers as they approach the wall for a turn.

In his first race last week, Snyder won gold in the 100-meter freestyle.

As fast as he is in the pool, coaches and competitors talk about how quickly he got back in the water to start training only months after his injury. Snyder says swimming was something familiar that helped restore his confidence.

"One of the harder aspects of my injury was not the physical detriment, but that I got benched," he says. "I was with an assault team doing operations and then in the snap of your finger I was benched. I wasn't able to be with my team anymore."

"To be able to go back out and throw on this uniform, wear my flag on my sleeve and compete for Team USA and get back into the fight," he says.

Snyder says he still has hard moments — from mundane frustrations like banging his head on the dryer door, to dreaming each night that he can see, only to wake in total darkness. But other disabled veteran athletes inspired him to compete here, and now he's hoping to pass that on.

Doing It To Win: Veterans Raise Bar At Paralympics

"I know there are a lot of guys out there, guys and girls, who are struggling with a tough hand and hopefully my success here at the Paralympics can reach out to those people and say, 'Hey, there is a way forward; there is something you can go out and do that will give you that relevance and success again,' " he says.

A Day To Remember

Snyder's best event, the 400-meter freestyle, landed on Friday, exactly one year after he lost his sight. His mother says for the family, there's something fateful about the timing.

"Today's a great day because we're going to have great memories on this day now," she says.

And she's right. Snyder won the gold medal in the 400-meter freestyle, and to hear him tell it, he beat blindness.