Accessibility links
Interview: Max Brooks, Author of 'World War Z' | Lesson From 'The Zombie War' Several colleges and universities have adopted a common read program, where freshmen read the same book during the summer and discuss it once on campus. Author Max Brooks discusses what students can learn from his book World War Z: An Oral History of the Zombie War. 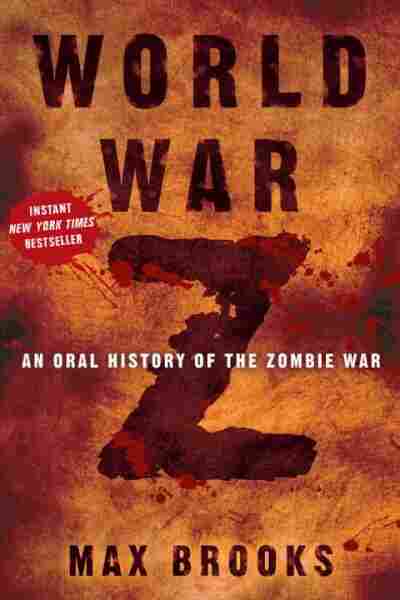 Several colleges and universities have adopted a common read program, where freshmen read the same book during the summer and discuss it once on campus.

Author Max Brooks' World War Z: An Oral History of the Zombie War is one of the less traditional books appearing on required reading lists. The book captures scenes from a global zombie apocalypse through a series of first-person accounts.

Despite the focus on the undead, Brooks believes the book provides a good history lesson. "Before I'm a zombie nerd, before I'm a science-fiction nerd, I am a history nerd," he tells NPR's Neal Conan. "Everything that I put in World War Z has actually happened at some point in human history. All I did was zombify it."

St. Edward's University in Austin, Texas, picked the book for freshmen to facilitate conversations about globalization, ethics and mortality. Hayley Barone, a freshman at St. Edward's, and Brooks talk about the book's lessons for college students.

On the structure of the book

Brooks: "I decided to use the oral accounts because I am painfully dyslexic. And when I was growing up, audio books were the only way I could study. And one audio book that I listened to just for pleasure was Studs Terkel's The Good War, and that book never left me. And I wanted that to be the template for describing a global crisis, because I thought an oral history is a great way to bring in so many voices, literally, from all around the world."

Barone: "The people who enjoy reading long stories ... there's a lot to sink your teeth into for this book. If you can't sit still for a long time and you like shorter stories, you can also read one person's story and then skip to the end and read another person's story. ... It doesn't have to ... read like a traditional novel, necessarily, and that has been a good thing."

On discussions about the book on campus

Barone: "I think it's really a unifying thing for the class, as opposed to, like, it's a required reading. We have writing classes, and we have done writing assignments about the different vignettes. But overall, it's kind of supposed to be a general education where everyone has something in common to talk about, and I really feel like it has brought us together as a class. ... I think the point was, with this type of book, that everyone can find something interesting in it. And, as I said, who doesn't love zombies nowadays?"

Brooks: "When I was 16, the first book I ever actually purchased with my own money, in fact, and had read on my own time was Hunt for Red October by Tom Clancy. ... It opened up a world into geopolitics, which continues to drive me to this day. And I would never have done that had I just listened to my current events class."