Accessibility links
Some Ga. Schools Make Mandarin Mandatory Among the many sea changes enacted in one struggling school district is a mandate no one expected. All students, of all grade levels, are being enrolled in Chinese language classes. The superintendent says being familiar with Asian culture is crucial to students' future success. 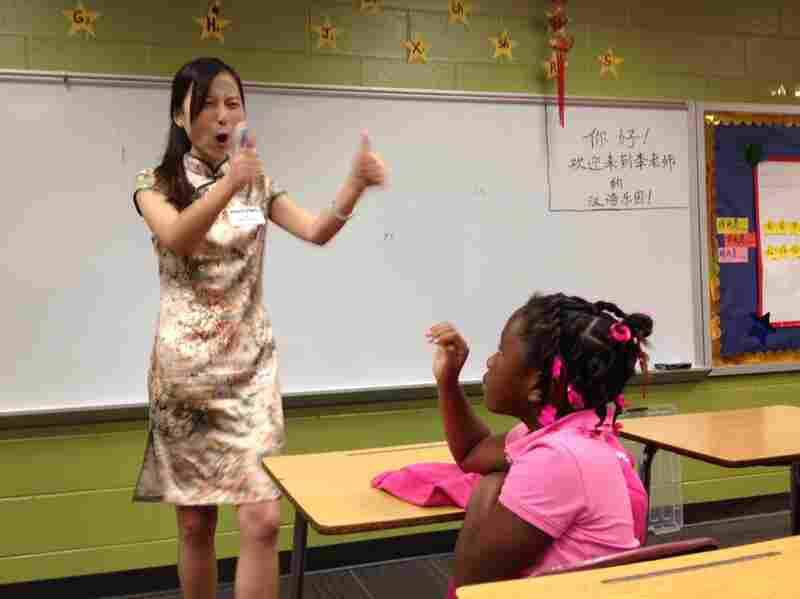 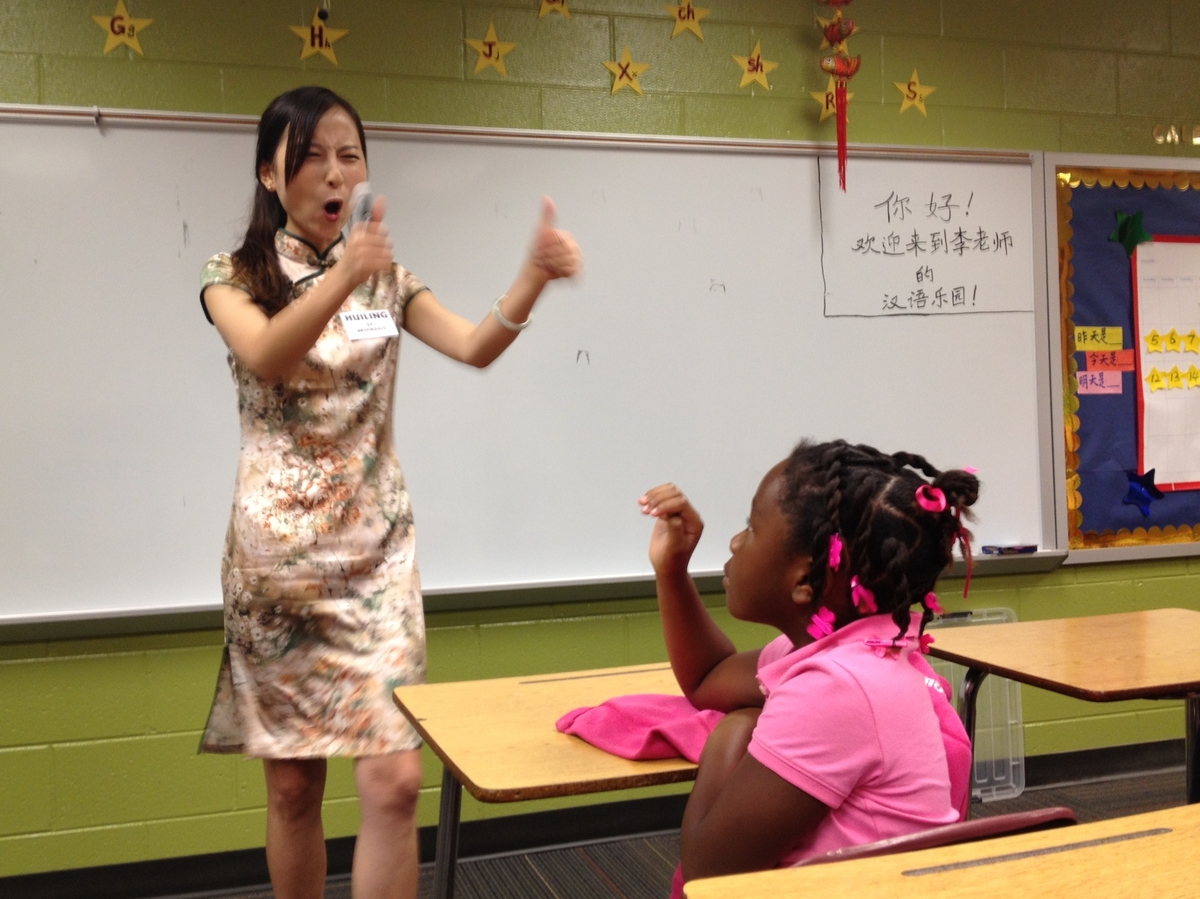 Public schools in Macon, Ga., and surrounding Bibb County have a lot of problems. Most of the 25,000 students are poor enough to qualify for free and reduced lunch, and about half don't graduate.

Bibb County's Haitian-born superintendent Romain Dallemand came into the job last year with a bag of changes he calls "The Macon Miracle." There are now longer schools days, year-round instruction, and one mandate nobody saw coming: Mandarin Chinese for every student, pre-K through 12th grade.

This school year, Dallemand is rolling out Mandarin in stages, a few sessions a week, with the youngest kids starting first. In three years, it will be at every grade level.

Instructors and other young teachers from China are being provided to Bibb County schools by a nearby Confucius Institute, one of a number of nonprofit cultural centers partially funded by the Chinese government. Beijing wants to spread Mandarin abroad, and at just $16,000 per instructor per year, the price is right for Dallemand.

But not everyone in Bibb County sees it that way.

Some parents see a Communist regime enacting its geopolitical agenda on their children. The more common critique, however, is not political. It is the practical concern.

"Bibb County is not known for producing the highest-achieving graduates," says Macon resident Dina McDonald. "You'll see that many of them can't even speak basic English."

McDonald herself has a ninth-grader in the public schools and says she can imagine some students going into fields where Mandarin could be useful, like international business, technology or law. But with lower achievers, she says, "Do you want to teach them how to say, 'Do you want fries with that?' in Mandarin?"

Dallemand would rather ask what kind of education should be provided for every single student — not just some of them.

"We believe that every child can be successful if the adults around them create the conditions for them to be successful," he says.

Brazilian-born Marina Spears and her husband, Eric, are also Bibb County parents, and they agree that fluency in the languages of emerging economies is important. Their kids already speak Portuguese at home.

"We are obviously for a foreign language," Marina Spears says. "[But] I think in a perfect world, we would have been given the choice."

If parents insist, there is an opt-out provision for the Mandarin curriculum, but that's not the kind of choice they're talking about.

Bibb high schools will continue to offer Spanish and French on top of Mandarin, but for most of the elementary kids, it's Chinese or nothing. Considering the Hispanic population doubled in Georgia over the last census period, the "Why not Spanish?" question is one Dallemand gets a lot.

"My wife is a Latina, and so I fully understand," he says. But "it is important for communities to educate our children for their future, not our past."

For that future, Dallemand says, there is no choice but Mandarin Chinese.