Accessibility links
Sauti Sol: Native Sons Sing Straight To Kenya's Youth In a scene dominated by party music, Kenya's most popular band has created its own sound, and in the process sent a grown-up message to the country's young people. 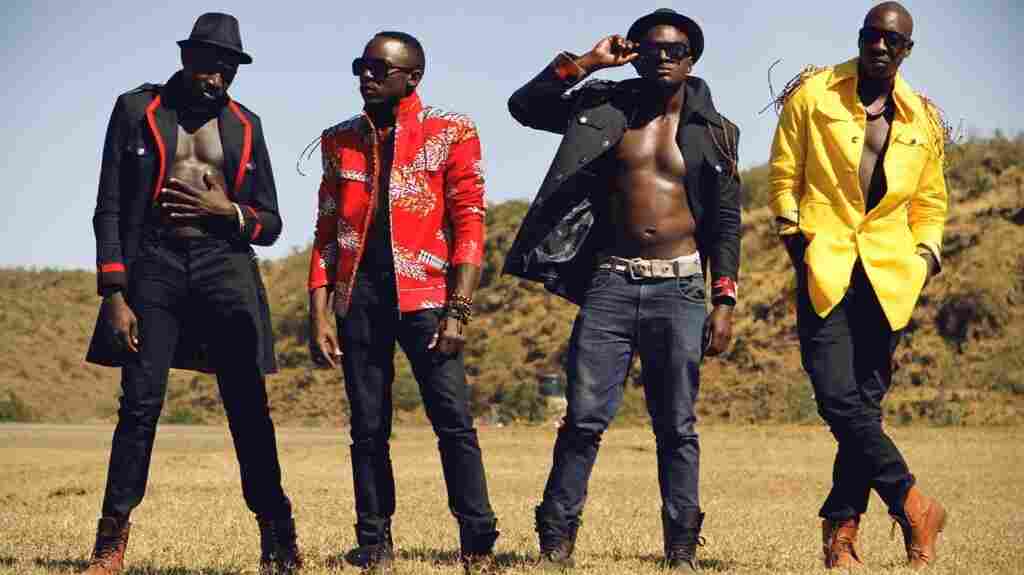 Sauti Sol has become the most popular band in Kenya. Courtesy of the artist hide caption 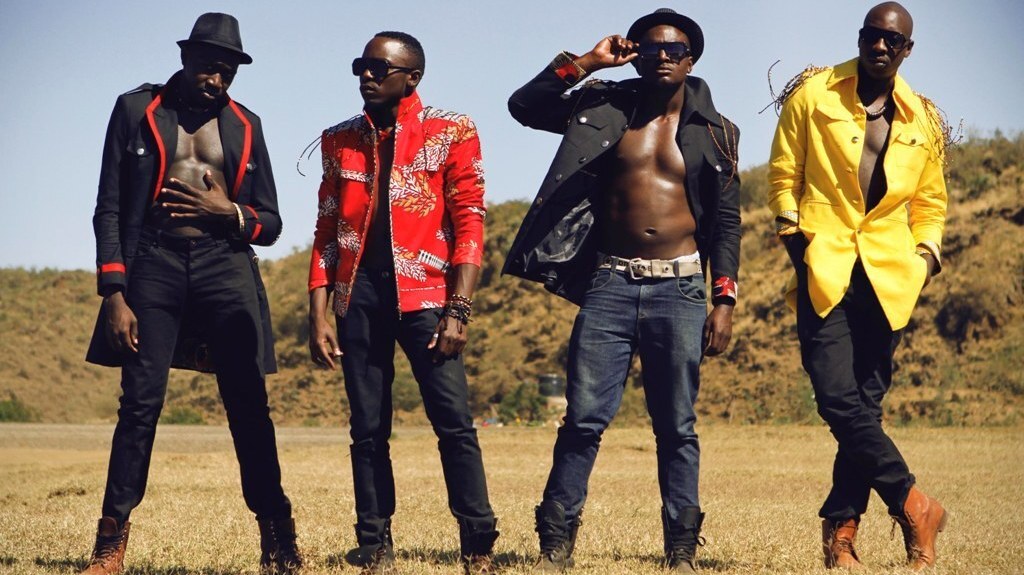 Sauti Sol has become the most popular band in Kenya.

The members of Sauti Sol rehearse in a cramped recording studio above a chapati restaurant off a noisy highway in Nairobi. Bien-Aime Baraza, Delvin Mudigi and Willis Chimano — the founding members, all 25 — have been friends since they sang together as part of a gospel ensemble in high school. When they graduated in 2005, they didn't want to stop singing, so they formed Sauti Sol. Sauti is Swahili for voice, while sol is Spanish for sun. "Voices of light."

They wrote songs and rehearsed for three years before releasing their first album, Mwanzo, in 2008 — it sold well. When the band made its debut, the music scene in Nairobi was dominated by DJs playing party music. Sauti Sol took a different approach and formed a new sound.

"It was rare to find a young band that crafted live music onstage, with rich three-part harmonies," says Buddha Blaze, a well-known Kenyan music promoter. "They were the first that actually sang, the first from that generation of young Kenyans who were actually singing and telling stories. So obviously they were different. Here are some young people who don't want to be rappers."

Every member of the band is a college graduate. In "Soma Kijana," they urge young people to pursue an education. In "Asante Baba," they thank fathers who raise their families instead of abandoning them. And there is "Awinja," written by Baraza, who says it comes from a personal place.

"It's a tribute to all the African women who go to work abroad," Baraza says. "They do all sorts of odd jobs, and they send money home. Their kids are able to go to school; their families are able to have better lives. Awinja is my mother's name. She sacrificed. She went abroad when I was really young, when I was in high school. I was 15. And she left Kenya, and she's never come back since."

Another of the band's hits is "Blue Uniform," about police misconduct. Guitarist Polycarp Otieno says it's popular because so many of the group's fans have had run-ins with the cops.

"They're really tough," Otieno says. "When they get you in the street, they really harass you, and they take bribes a lot in Kenya."

A Changing Climate For Message Music

There is an opening in Kenyan society today to sing about sensitive themes — like police and government corruption and venal politicians — that didn't exist before. Saxophonist and baritone Willis Chimano notes that under the dictatorship of Daniel arap Moi, who retired from politics in 2002, such topics were forbidden.

"Now you can stand and criticize the president really harshly, and you can get away with it," Chimano says. "The media freedom nowadays would be unthinkable just 10 years ago."

There are still limits, however, and Sauti Sol occasionally learns just how far it can push social criticism. A few years ago, the musicians had their first live radio interview and began singing a song that included the words: "Police are shooting, police are shooting innocent people, and the women crying and their sons are dying and we just don't care anymore." Baraza says they received threats after that broadcast.

"The owner of the station is a billionaire. He's a tycoon," Baraza says. "He just called because his friends are the police, and he said, 'Why are you singing stupid things on my radio? I'll kill you! Never come back to my station again! I'll look for you and find you!' He just really threatened me, you know."

Sauti Sol has done small tours in Africa and Europe, and appeared twice at South by Southwest in Austin, Texas, but the Nairobi crowds remain the members' favorite. For all the political themes in the band's music, it's the love songs that seem to touch many fans — including Beldina Gikundi, a 27-year-old doctor who works in refugee camps.

"Well, they're Kenyan, authentic Kenyan," Gikundi says. "They really reach out to the youth [by singing] in Swahili on most of their songs. The romance that comes out in their music, it's about love and women and all that. It makes them good, and of course they can sing really, really well."

Kenya is a young nation: The median age is between 18 and 19 for both males and females. The mouldering political class is decidedly middle-aged and older. Sauti Sol, with its tremendous following, feels a certain responsibility to address its generation. Baraza says the band speaks to a critical mass in the country.

"A lot of the people we speak to through our music are young," Baraza says. "Injecting some moral obligation into them is one of our biggest goals. And in every album we do, there is a song that is just about a new generation."

This "new generation" thinks differently about this turbulent country and about how to be citizens and parents. As one Sauti Sol song says, "We are the leaders of tomorrow; we will lead and they will follow."