Accessibility links
Forget The Heels: What It Takes To Be Miss Navajo Think moccasins, turquoise jewelry and sheep butchering. The competition tests Miss Navajo hopefuls on their knowledge of traditions and language. 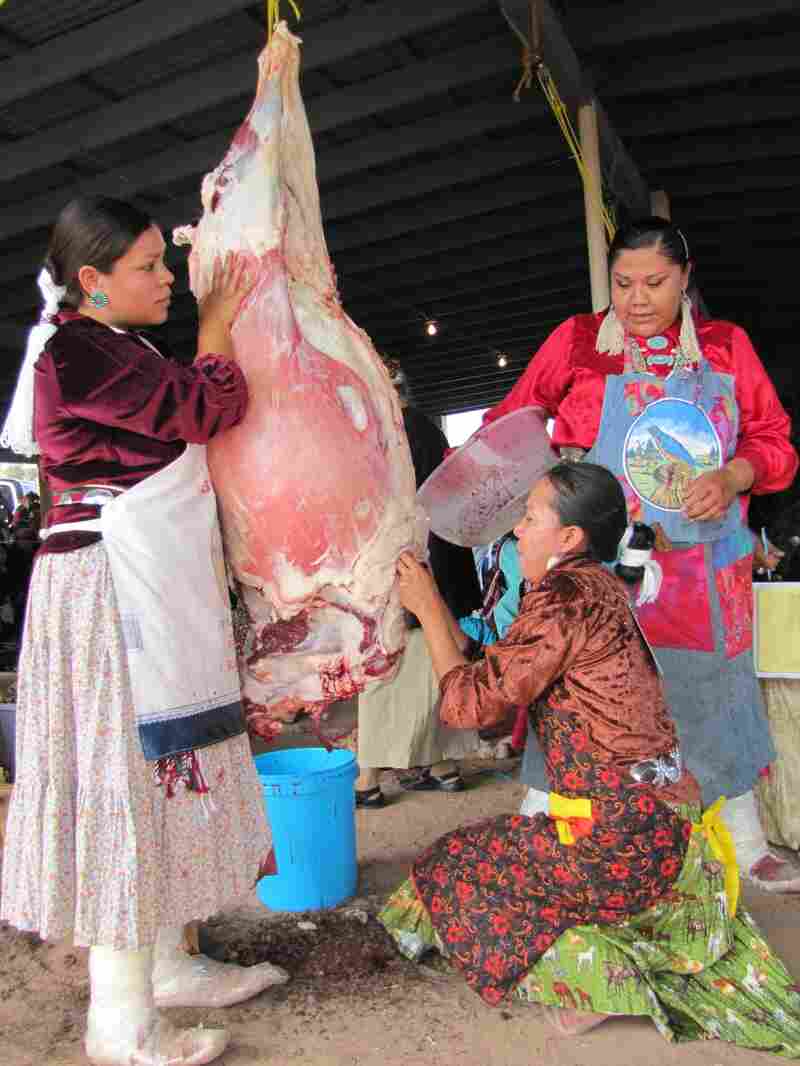 Miss Navajo contestants must work in teams to butcher sheep. From left, Krystal Parkhurst, Leandra "Abby" Thomas and Charlene Goodluck had to cut the sheep's throat, remove the stomach and quarter the carcass. Laurel Morales for NPR hide caption 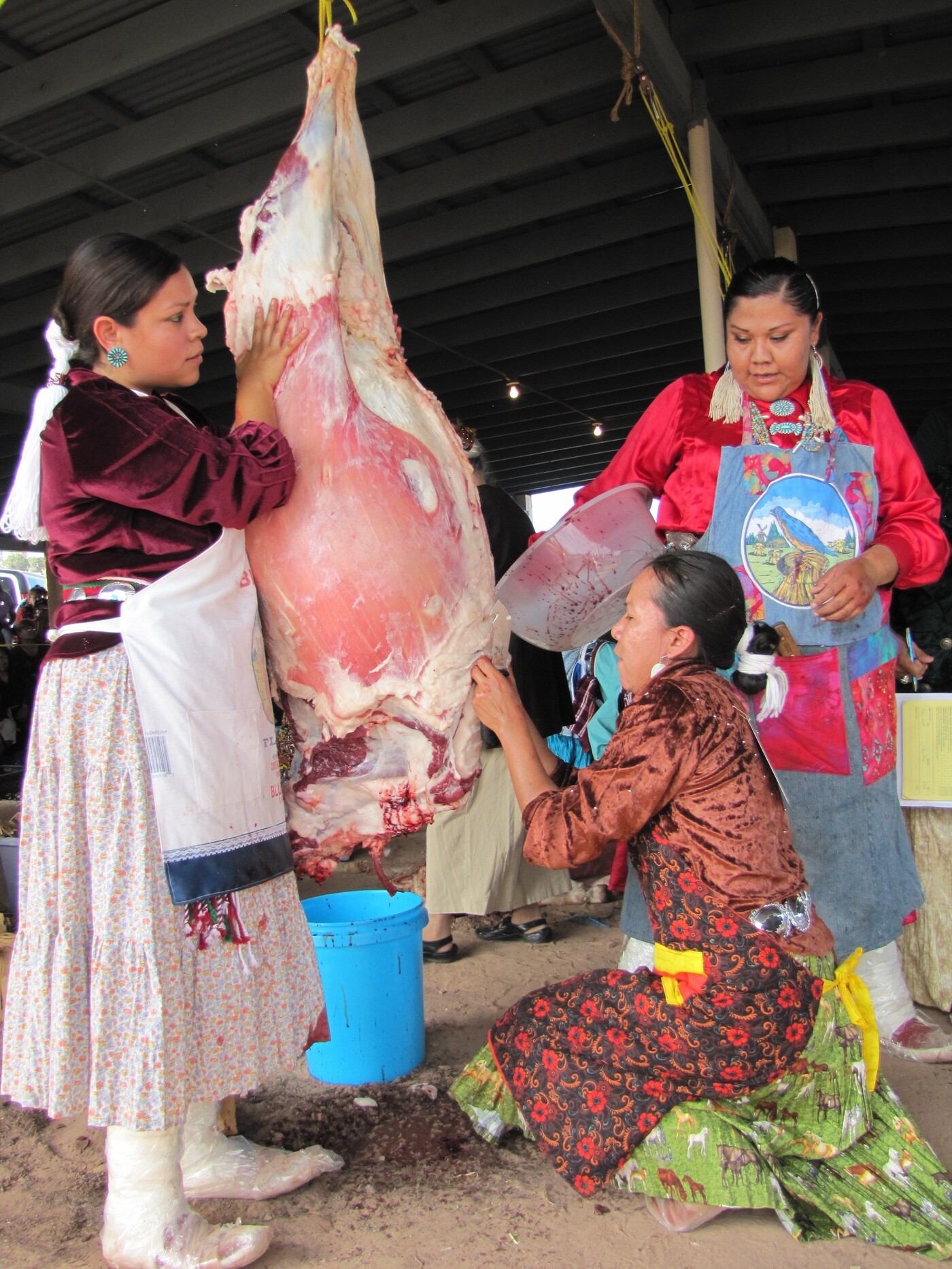 Miss Navajo contestants must work in teams to butcher sheep. From left, Krystal Parkhurst, Leandra "Abby" Thomas and Charlene Goodluck had to cut the sheep's throat, remove the stomach and quarter the carcass.

The Miss Navajo contest is not your typical beauty pageant. Instead of swimsuits and high heels, you get turquoise and moccasins. One of the talent competitions is butchering sheep, and speaking Navajo is a must.

The Navajo Nation will crown this year's winner on Saturday night. It's sweltering during the competition, and throngs of people have gathered under a giant tent where some small campfires burn. The smoky cedar masks the smell of raw mutton while young women work in teams. They must decide who cuts the sheep's throat, who removes the stomach and who quarters the carcass.

Contestants sweat under the traditional Navajo dress of velvet, satin and layers of turquoise jewelry. One petite woman struggles to lift an enormous, slippery stomach out of her sheep. Judges circle and scrutinize.

Immediately after the women finish, they must answer impromptu questions in Navajo, like, "What are you supposed to do with the sheep's head?"

One contestant answers, "Wrap it in aluminum foil and put it on the fire."

The crowd boos in response because they don't like her answer — and because she switches to English. The event is intended to show whether these women can multitask, stay calm under pressure and most importantly, first-time contestant Wallitta Begay says, prove their understanding of Navajo customs.

Begay says she's been butchering sheep with her grandmother since she was 12. For her, speaking Navajo is the hardest part of the competition. Most of the contestants grew up speaking English because their parents knew little Navajo. Many of the older generation had to attend government-run boarding schools and were pushed to assimilate into American culture.

"This whole entire generation ... our parents' generation, they were raised to think Navajo was bad to speak. They tied the language and reservation with failure," Begay says.

More people today believe that the language is a part of their identity and the Navajo identity is something to be proud of. Contestant Charlene Goodluck says you can hear that pride in the language that families use when they talk to each other.

"When a grandmother ... uses terms of endearment with her child, it means 'my granddaughter' or 'my daughter' or 'my child.' It gives that child a sense of belonging," she says.

Goodluck says growing up off the reservation in Albuquerque, N.M., she felt distant from her culture.

"A lot of our youth today are experiencing that loss of not having anywhere to go or having a home," she says.

"I want it so bad I can taste it. I'm starting to visualize it," she says. Goodluck, who was Miss Northern Navajo, has received a bit of advice from previous winners: "Tell yourself you're Miss Navajo. Look in the mirror and say, 'I am Miss Navajo!'"

This report was done in collaboration with Fronteras: The Changing America Desk, a public radio reporting project that focuses on the changing demographics in the American Southwest.

A woman in the photo of three contestants was misidentified. The woman on the left is actually Krystal Parkhurst, who was previously identified as Wallita Begay.