Accessibility links
In Massachusetts, GOP Has Rare Shot At Winning House Seat The last time Republicans held the spot was in 1997. Richard Tisei might be their answer for taking it back. The openly gay candidate is getting a boost from a family scandal surrounding the incumbent Democrat, Rep. John Tierney. 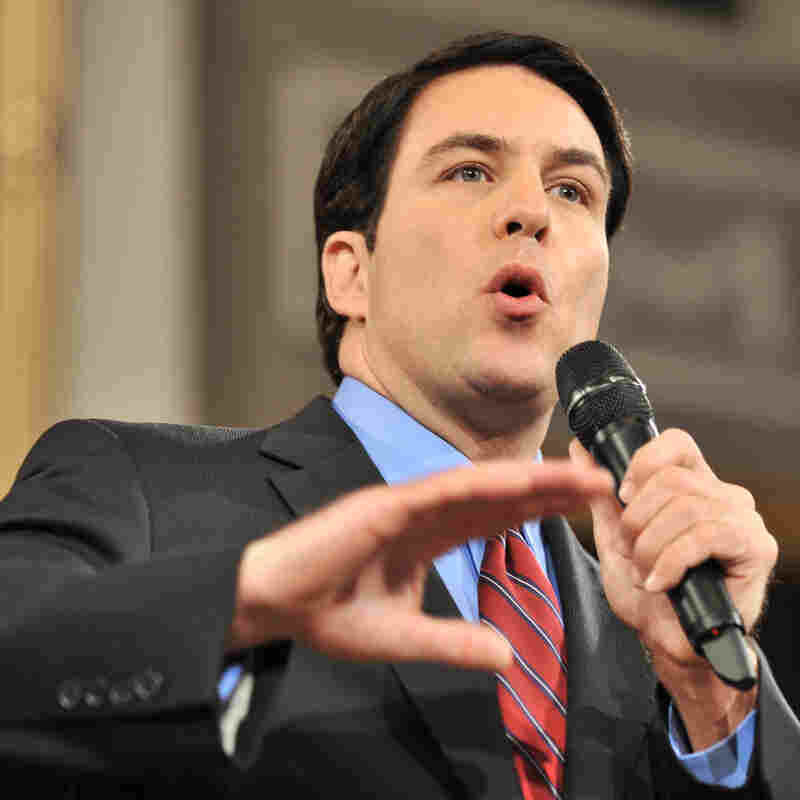 Richard Tisei is running for U.S. House in Massachusetts, where he could be the first Republican in that seat in 15 years. Josh Reynolds/AP hide caption 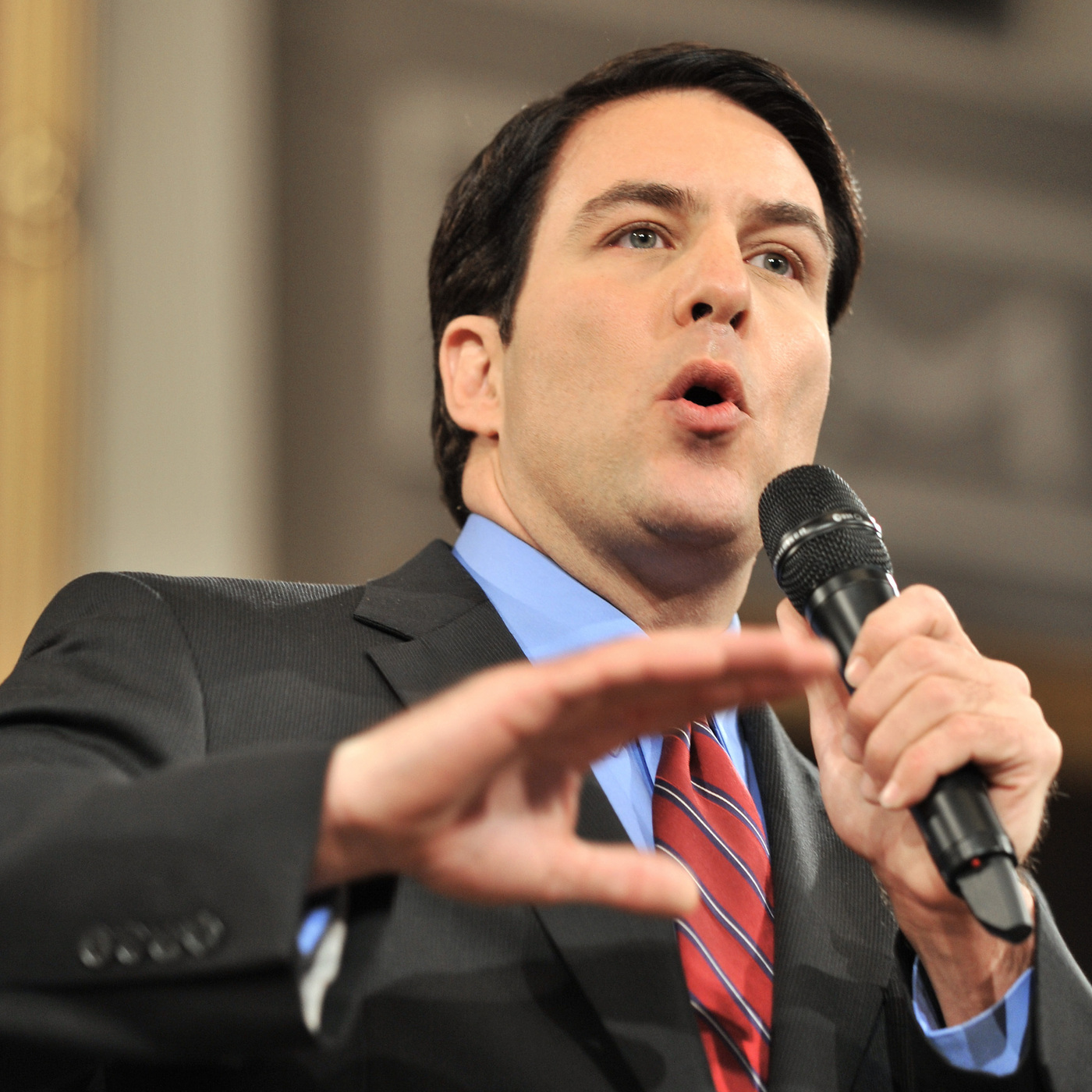 Richard Tisei is running for U.S. House in Massachusetts, where he could be the first Republican in that seat in 15 years.

"You know what, in Massachusetts, it's a lot easier to be gay than be a Republican," he says, "as far as trying to get elected to office."

But Tisei could make political history for the Massachusetts GOP. Not just because they could win their first U.S. House seat in 15 years, but also because Tisei would be the first openly gay Republican to be elected to a term in Congress.

Republicans are generally long shots to get elected in this solidly Democratic state. But Tisei's upset bid is getting a huge lift from a family scandal surrounding the incumbent Democrat, Rep. John Tierney.

Tierney's wife pled guilty to aiding and abetting an illegal gambling operation that her brothers were running. This summer, one of them was convicted of racketeering. Another is on the lam.

Voters like Bob Doucette don't want to give the 16-year congressman another two years in office.

"Totally ridiculous. If my wife had $7 million in a checking account, how intelligent can he be if he didn't know that? And he's partly running our country? No possible way," he says.

Both brothers-in-law say the congressman knew all along what they were doing. Tierney says they're just lashing out.

"I think they're angry that their brother-in-law congressman didn't make this matter go away for them," he says. Tierney admits he knew about the offshore operation, but that he thought it was legal.

Adding to his troubles, Tierney is not up against the usual ho-hum candidate that the Massachusetts GOP often serves up.

Tisei is a 26-year veteran of the state legislature. He says serving as minority leader taught him to work across the aisle and vote on ideas, not party lines.

"When Gov. Romney was here, I voted with him half the time, and I voted against him half the time. ... I have no problem working with Nancy Pelosi," Tisei says. "Just because she's in the opposition, I'm not gonna poke her in the eye."

Tisei's independent rhetoric echoes that of another Massachusetts Republican. Scott Brown wrested Ted Kennedy's Senate seat from Democratic control two years ago. But not every voter is ready to hand over a Massachusetts congressional seat to the GOP.

Val Buchanan is willing to overlook Tierney's feud with his in-laws. She has seen her congressman come to community meetings, listen to constituents' problems and follow through on his promises to help.

"It gives me a track record with him. In terms of his personal life and those kinds of things and what he knew about that issue, I'm less informed," she says. "But it means less to me, I guess, after having experienced him politically."

Tierney is counting on voters like Buchanan, and he's now attacking Tisei, trying to paint his Republican challenger as a party extremist.

"He doesn't want to be on record for what he stands for because it turns out it is exactly what Paul Ryan and Eric Cantor and the right-wing Tea Party Republicans are pushing forward," he says.

It's a rare event, but in Massachusetts, an incumbent Democrat in Congress is fighting for his political life.