Accessibility links
Chicago Teachers May Strike, Teach Political Lesson If 25,000 teachers walk out in President Obama's home turf Monday, it could present problems for his re-election campaign. The teachers union is at odds with Mayor Rahm Emanuel, who touted his plans for change at the Democratic National Convention. 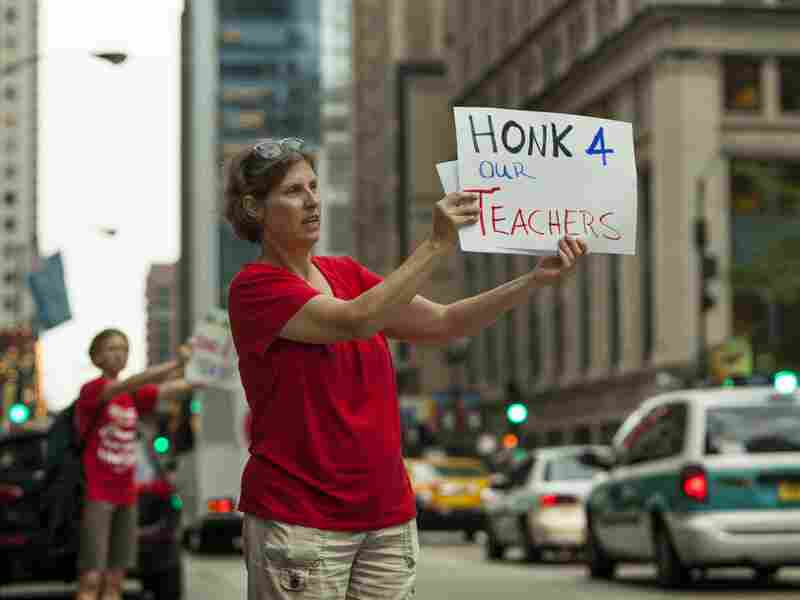 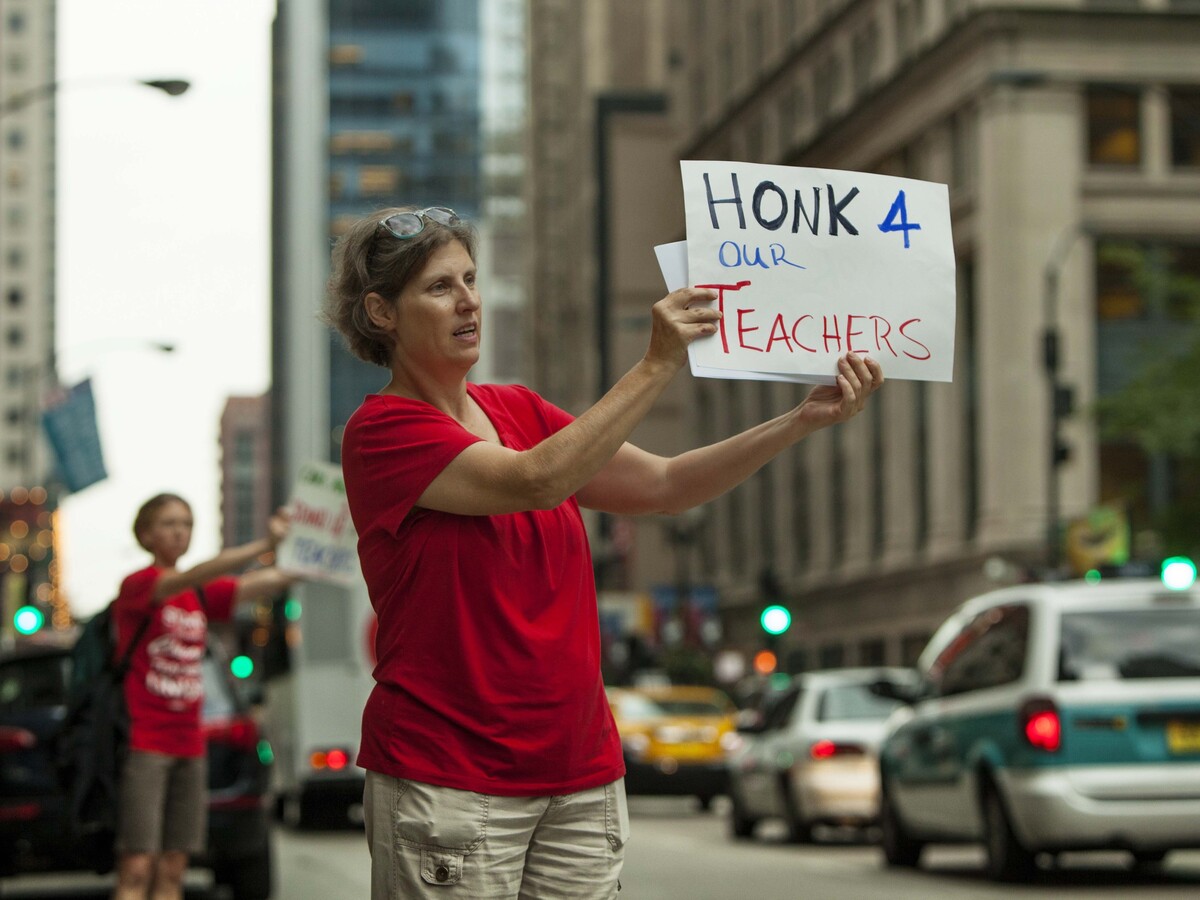 Twenty-five thousand Chicago teachers are planning to walk off the job Monday if they don't have a contract by midnight Sunday. As the Democrats look to unions to help them get out the vote, a strike by Chicago teachers might just put a crimp in those plans.

On Friday during rush hour, a handful of parents and students stood on a bridge over the Eisenhower Expressway, holding signs that read, "Honk if you support teachers." Among them is Rhoda Gutierrez, who has two children in a Chicago public elementary school.

"We're here because we know this makes not just an impact on our city, but nationally," she says.

Parents like Gutierrez and others, who support the teachers union, are up against a school district and a mayor who have a very different idea about what the public schools should look like.

In the contract battle between Mayor Rahm Emanuel and the Chicago Teachers Union, the two sides are furiously campaigning for public opinion as the city braces for the first teacher strike since 1987.

Emanuel is pushing for big changes: a longer school day and year, a new system for evaluating teachers and a whole new way to pay teachers. At the Democratic National Convention last week, he defended many of his reforms.

"For the first time in a decade, [students are] getting a very rigorous academic standard," he said. "For the first time, we're getting five new high schools all dedicated to science, technology, engineering and math. Six thousand more kids are going to magnet schools. We're making major changes."

The union wants Emanuel to pay teachers more for what amounts to more work.

Teachers are also pushing back on some reforms that the mayor didn't tout at the DNC.

They want smaller class sizes, more art and music, and job protection when the district shuts down low-performing schools and opens privately run charter schools, which are not typically unionized.

Steven Ashby, a labor professor at the University of Illinois, says a strike in Chicago could present problems for President Obama's re-election.

"He will win Illinois delegates in the November election, but nevertheless, the last thing he wants is the Republican Party talking about how teachers are on strike in Chicago," West says.

It's also a big gamble for the union. Ashby says the outcome in Chicago could affect the future of organized labor at a time when membership is down and public sector unions are struggling.

Back at the overpass, parent Jennifer Biggs agrees with what the union is fighting for, but says there really is no political candidate supporting those goals.

"The Democrats and the Republicans seem to be on the same page with education, which to me is terribly scary," she says. "I just think they're really going to lose some votes, or a lot of people might even just stay home."

Picket lines are scheduled to start Monday morning, if the two sides can't reach a deal by 11:59 p.m.