Accessibility links
Why Knockoffs Are Good For The Fashion Industry In The Knockoff Economy, Kal Raustiala and Christopher Sprigman say that in the world of fashion, copycats make styles go in and out of vogue faster. Copying breeds competition, Raustiala says, and that makes clothes cheaper for consumers. 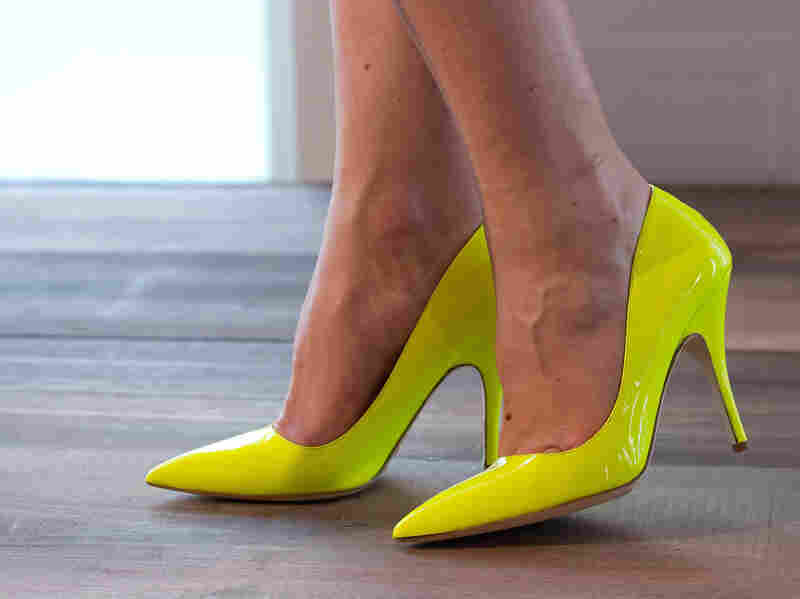 The Real Thing: A model poses on Friday at the Kate Spade show during New York Fashion Week. In The Knockoff Economy, Kal Raustiala and Christopher Sprigman argue that copying major designers is good both for the industry and for consumers. Dario Cantatore/Getty Images hide caption

During New York Fashion Week, designers will present looks that you might find in a department store next spring ... or, as knockoffs at Forever 21. That's because copying fashion designs is perfectly legal — and that's a good thing, if you ask Kal Raustiala.

Raustiala is the co-author of a new book called The Knockoff Economy: How Imitation Sparks Innovation. He talks with NPR's Renee Montagne about who copies fashion designs, why it's legal and how copying ultimately benefits the consumer and the industry.

On why copying is a good thing for the fashion industry

"The first is that fashion relies on trends, and trends rely on copying. So you can think of copying as a turbocharger that spins the fashion cycle faster, so things come into fashion faster, they go out of fashion faster, and that makes fashion designers want to come up with something new because we want something new. We're sick of what's out there.

"The second is that copying helps condense the market into something that consumers can understand, so people want to follow trends, they want to be able to dress in a way that's in style; they have to understand that." 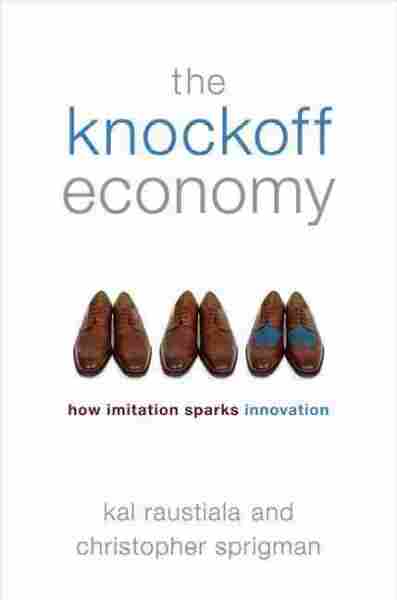 by Kal Raustiala and Christopher Sprigman

On the winners, the losers and the 'big picture'

"There are designers that get hurt by knockoffs. And we're very sympathetic to that. But when we think about what our law should permit, we need to think about the big picture: What's going to grow this industry and make it successful, create jobs, create a robust sector. And in doing that, I think it's clear that the American approach is to allow copying in the apparel industry."

On why fashion is not protected under copyright law

"Copyright law does not address things that are useful. So, for example, clothing, we have tended to think about in American law as something that — you know, we wear it to stay warm, to cover our bodies, so it has a functional dimension. So as a result, it's not considered a proper subject for copyright. Copyright is really meant for things like forms of art, literature, poetry, music, film, etc. Now, of course, fashion has a big artistic component to it. ... It could be [protected by patent laws], and sometimes fashion items are. So, for example, handbags and shoes sometimes are covered by design patents. But, it's unusual to do that because, 1) it's very expensive to get a patent, and 2) patents require a standard of novelty and originality that's often hard to reach in the fashion industry, where many things are reworkings of previous things."

On who copies in fashion

"We tend to think about copying and knockoffs as something that either happens in a store like Forever 21, or some of these firms that specialize in knockoff dresses, like Prom Girl or Faviana, which are companies where you literally go to their websites and they say: Here's the original, and here's our version of it.

"... And they're very upfront about it. They don't try to hide it. They trumpet that fact. Now, that's a big part of the knockoff industry in fashion. But at the higher levels you see it as well ... there it's a little more subtle, [and] there's even been, in other countries, where copying in the fashion industry is illegal, there have even been lawsuits about it. [Ralph Lauren lost in a lawsuit brought by Yves Saint Laurent in France.]

On consumers, who reap the benefits of copying and competition

"By no means is copying limited to the lower end. But I think in practice, the majority of copying that we see in the fashion industry is lower down in price. And that has some positive effects. So, regardless of the effects on the industry overall, it's good for consumers in the sense that copying breeds competition. When you have copies, it means you have multiple things competing in the marketplace that are similar. And if they compete on price, then consumers have an option that they wouldn't otherwise have."

Read an excerpt of The Knockoff Economy