Accessibility links
Arlo Guthrie On Mountain Stage Guthrie's live performances are as much about what he says between songs as they are about the songs themselves. Hear a colorful set from the iconic folksinger, recorded live in West Virginia. 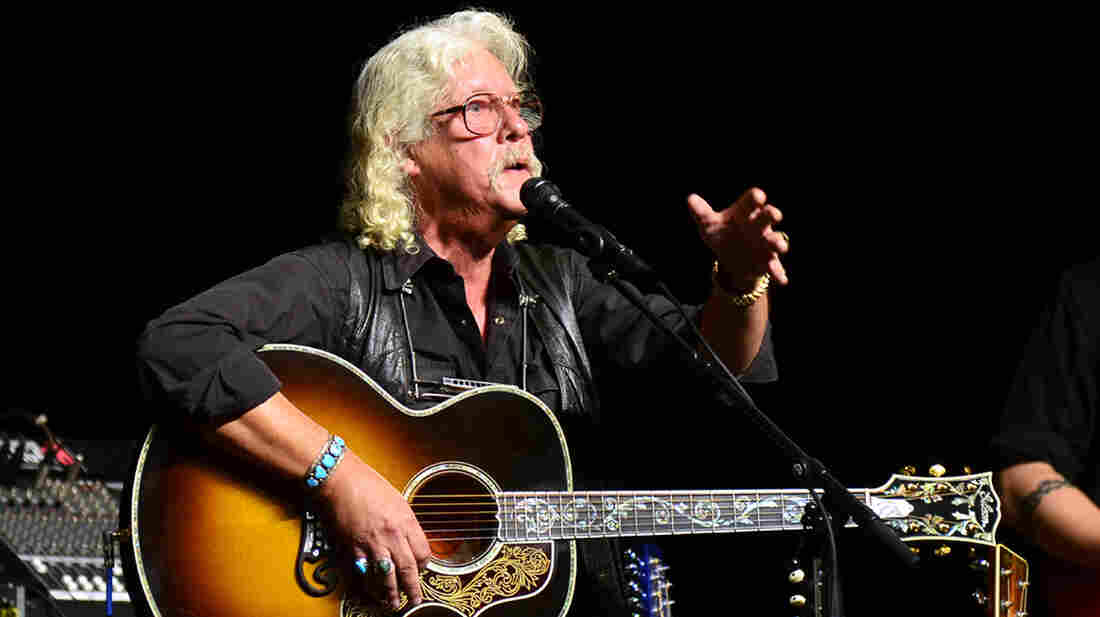 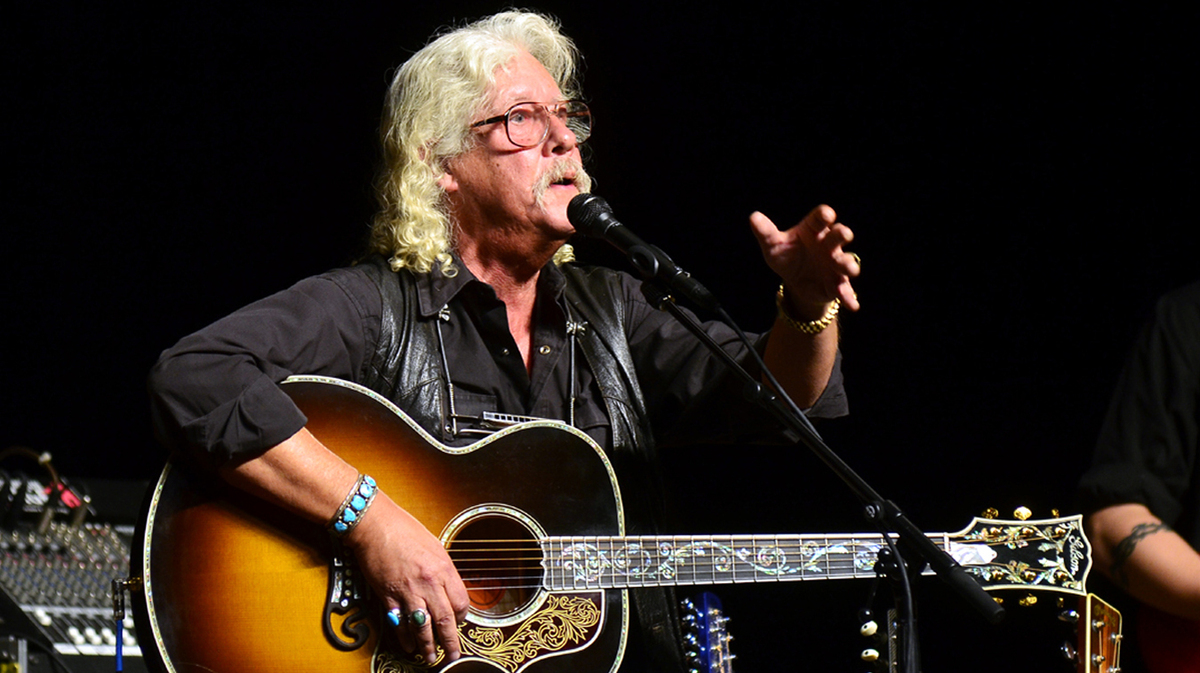 Iconic folksinger, songwriter and raconteur Arlo Guthrie makes his fifth appearance on Mountain Stage here, recorded live in Huntington, W.V. For decades, Guthrie has performed the heavy task of carrying on his father Woody's legacy, while maintaining a place as a highly regarded musician in his own right. Guthrie's live performances are as much about what he says between the songs as they are about the songs themselves, so rather than cut out his stories and recollections, he played an extended set that took up the entire second hour of the radio broadcast.

Backed by a band which includes his son Abe on keyboards and grandson Krishna on guitar, Guthrie and his family have spent much of 2012 on the road, celebrating what would have been Woody Guthrie's 100th birthday. His set touches all four corners of the fabric of American music, including standards, some of his own songs (along with the Steve Goodman-penned "City of New Orleans," which he made famous) and Woody Guthrie's anthem "This Land Is Your Land."