Accessibility links
The Straight-To-DVD World Of 'Mockbusters' "Mockbusters" are straight-to-video knockoffs of Hollywood hits. They've got a long and glorious history stretching back to '50s B-movies, and NPR's Mandalit del Barco reports they're having a mini-renaissance in the age of SyFy and Netflix streaming. 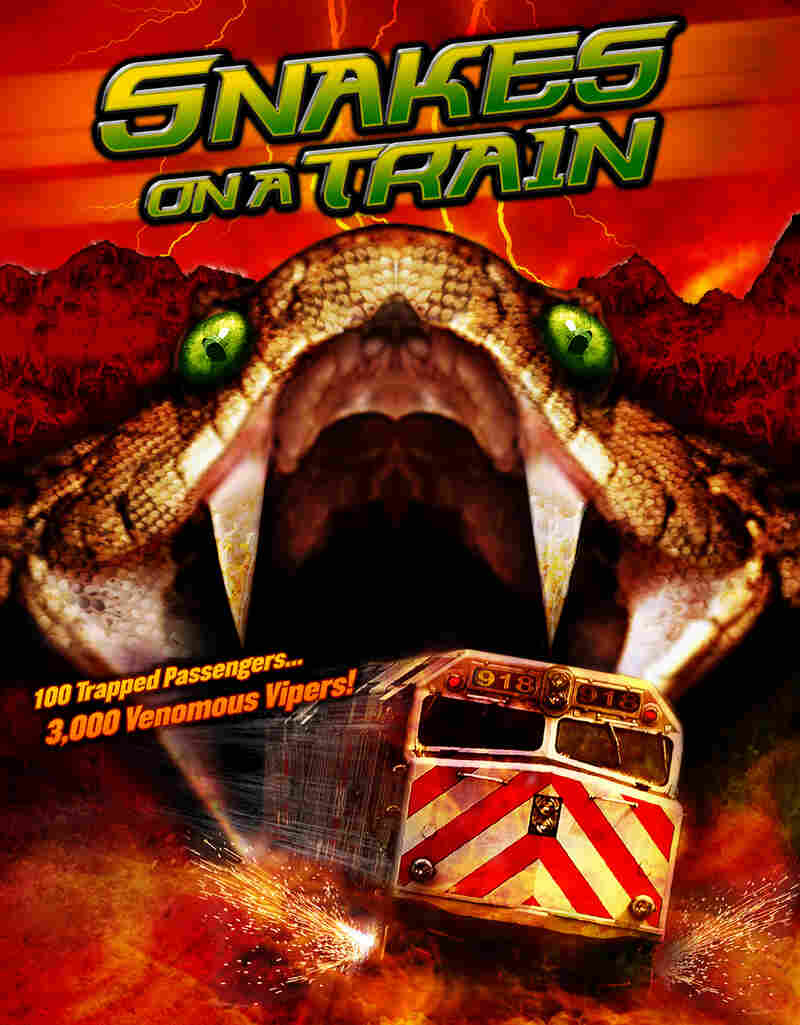 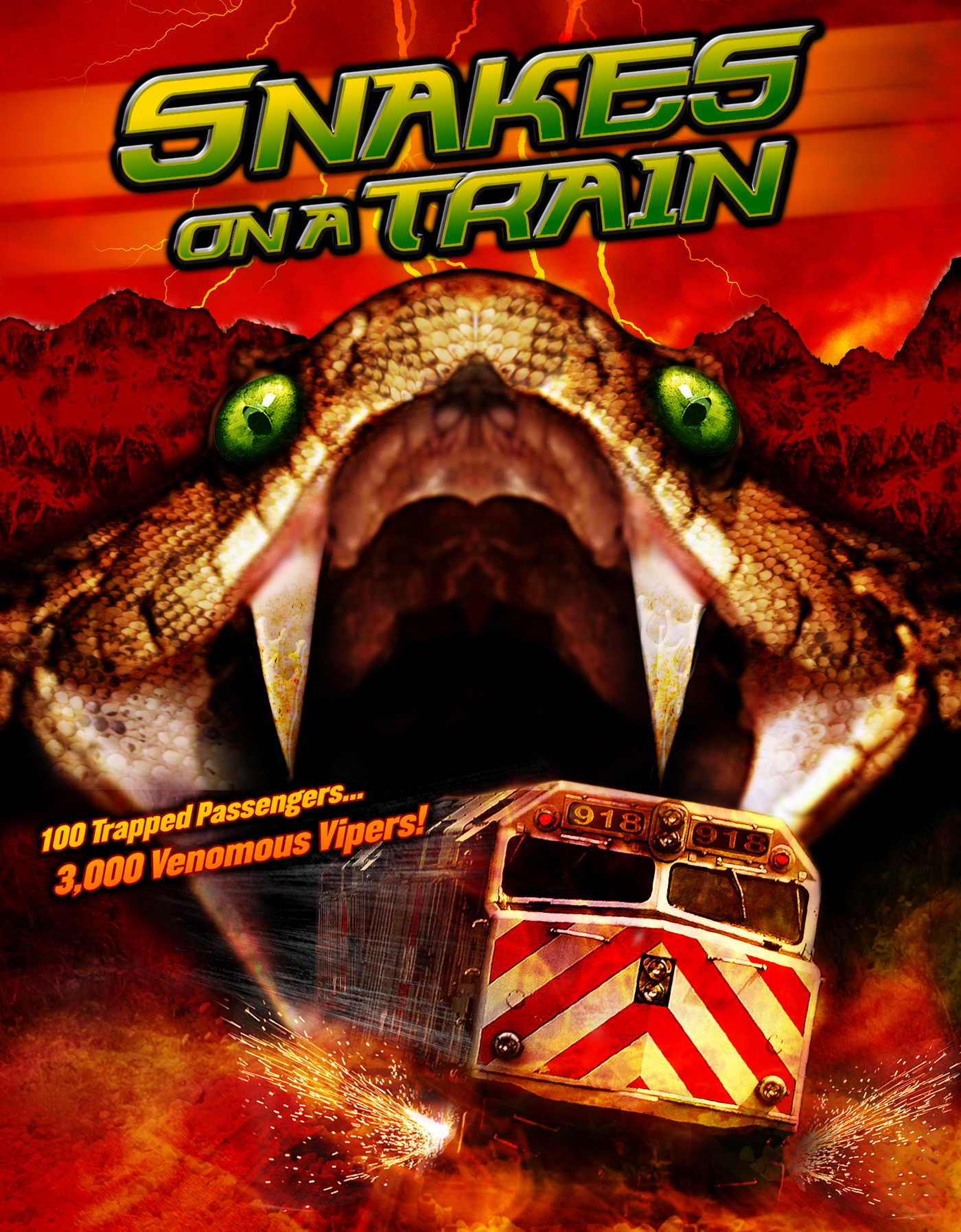 Dreamworks' animated movie Puss in Boots was a big deal. It won an Oscar, and its swashbuckling, sloe-eyed kitty was voiced by Antonio Banderas.

The meticulous computer-generated animation took four years and something like $130 million to make. But another cartoon, Puss In Boots: A Furry Tail, was hand-drawn in six months for less than $1 million. It went straight to DVD — one of the many low-budget productions riding the coattails of Hollywood blockbusters.

Animator Darrell Van Citters once worked at Disney and Warner Bros. He's also the co-founder of Renegade Animation, which produced the Puss In Boots knockoff and others. Van Citters admits to openly piggybacking on the buzz of major studios.

"Yeah, the idea is to draft on all that free publicity," he says. "It's a clever idea and I think oftentimes it works. Sometimes you end up with customers who feel that they've been cheated, and the idea is not to cheat them, the idea is, 'You're aware of this property now, so here are some other alternatives.' "

Before the dancing penguin movie Happy Feet won an Oscar, Renegade came out with Tappy Toes. And Kung Fu Panda was reborn as Chop Kick Panda. 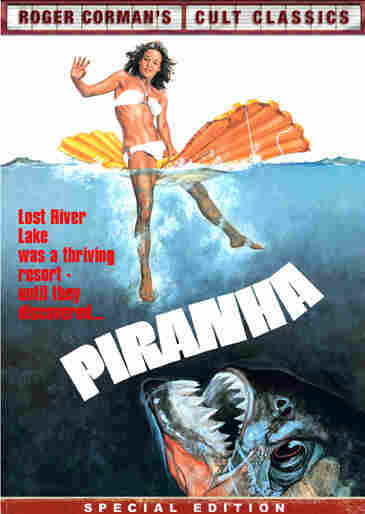 Knockoff films are nothing new. In the 1950s, science-fiction flicks like Creature From the Black Lagoon and The Blob sparked scores of cheap imitations. Later, the blockbuster Jaws spawned the low-budget Piranha. And E.T. begat the laughable rip-off Mac and Me.

"There's a segment of people who watch them because they know they're bad and they're funny, and they're fun to make fun of with their friends," says Kyle Ryan, the managing editor of The AV Club, a sister publication of The Onion. Ryan cites filmmaker Roger Corman as the master of producing inexpensive B-movies that have become cult classics — like 1993's Carnosaur, the story of a mad scientist who re-creates dinosaurs to destroy humanity.

"You could tell they were using miniatures, but they were overcompensating that by ramping up the sound design so it was like 'boom boom boom,' " Ryan says.

The Asylum cranks out a steady stream of Hollywood knockoffs (Transmorphers, anyone? Snakes on a Train?). Partners Paul Bales, David Rimawi and David Latt call them "mockbusters" and joke that lots of studios are making them, but The Asylum is probably the most shameless in its love of the mockbuster. 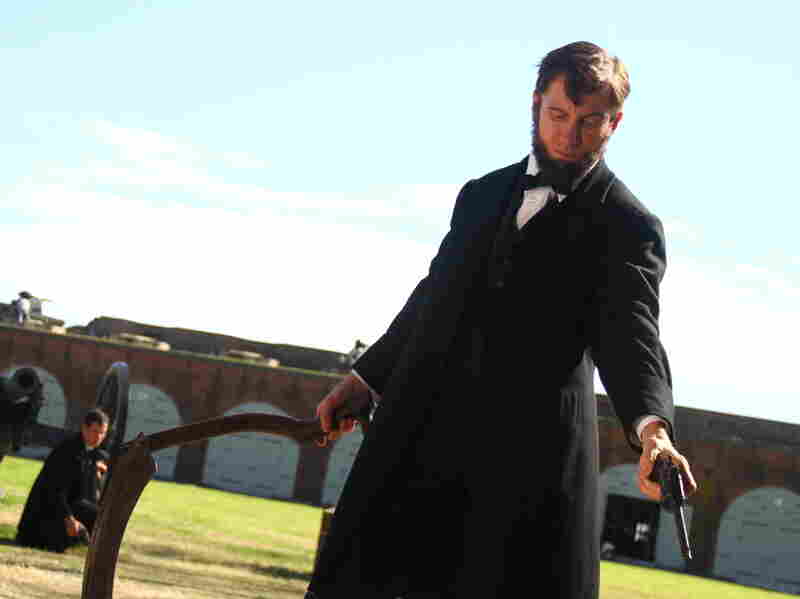 Our 16th president takes on the undead in The Asylum's Abraham Lincoln Vs. Zombies. Tim Crowley hide caption 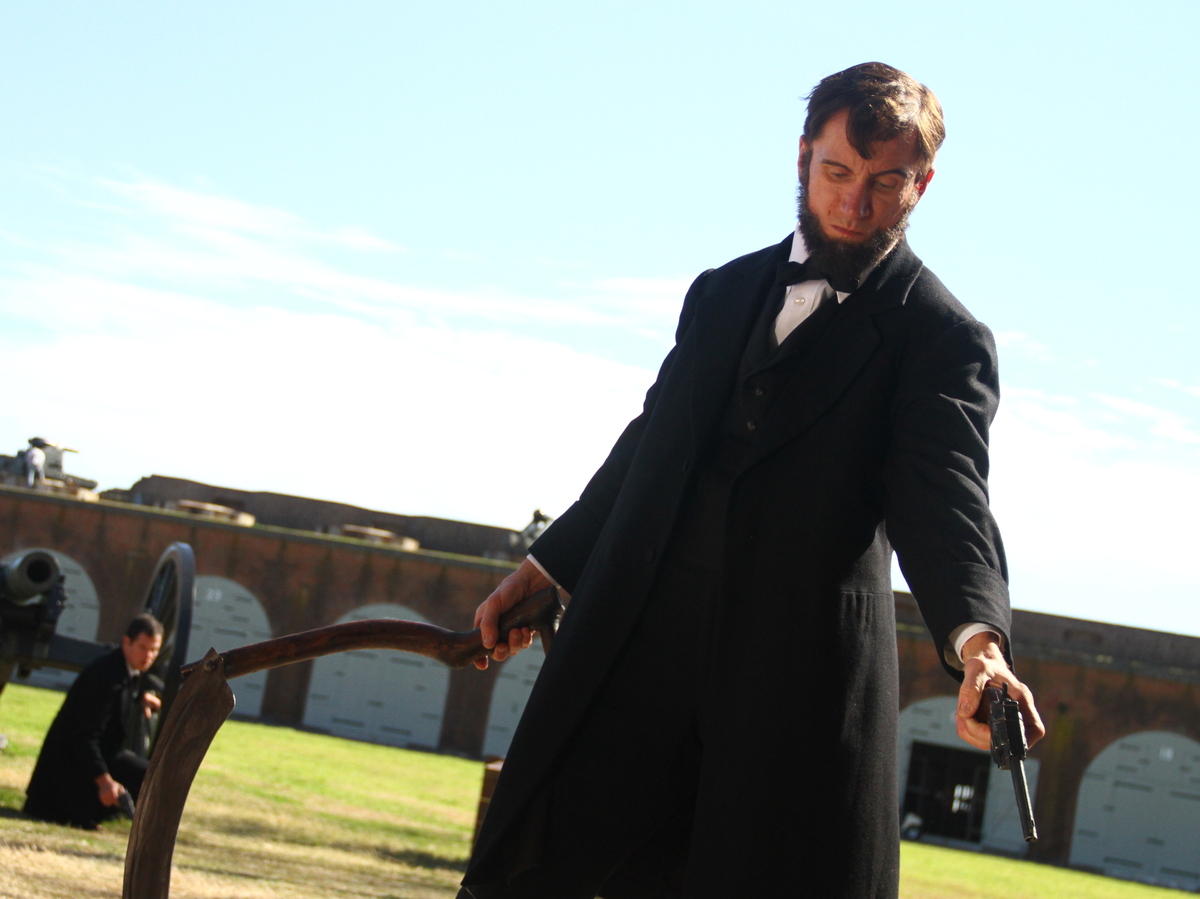 Our 16th president takes on the undead in The Asylum's Abraham Lincoln Vs. Zombies.

Blockbuster Video used to give The Asylum its marching orders, but there are now many more distributors: SyFy, Netflix and other ways of streaming content have created a mini-renaissance of mockbusters. So, for example, just before two other Snow White movies came out this year, The Asylum released its own version.

"We don't have spies at the studios," says Latt. "We have a general sense of what the film is and we make our movie completely original, just based on that concept," he says.

For example, Paramount Pictures' upcoming biblical epic Noah won't hit the theaters until 2014. But The Asylum has already wrapped up production on its Arctic flood potboiler, 40 Days And Nights.

With scenes filmed on location at a community college in the Compton neighborhood of Los Angeles, Peter Geiger is directing a sort of poor man's Noah's Ark.

"They don't have the animals two by two," he says with a laugh. Instead of wrangling a cast of thousands from a zoo, the characters instead round up DNA samples in test tubes. "So this is low-budget filmmaking."

For new filmmakers like The Asylum's Devin Ward, making fast-turnaround genre films on the cheap is a rush. "In ... a five-month period, I've done zombies, puppies, bikinis and end-of-the-world," he says. "That's how absurd it is. Textbook-definition guerrilla filmmaking."