Accessibility links
Episcopal Church Woos Latinos To Congregations In Oregon, the number of Latino Episcopalians has tripled in recent years. The church is also seeing considerably higher Latino membership in Nevada and Washington, D.C. Church leaders say the influx is due in part to a focused marketing campaign.

Latinos are the fastest-growing ethnic group in the United States, but only 5 percent of all Hispanics attend a mainline Protestant church. The vast majority are Roman Catholic.

For the Episcopal Church, those numbers are an opportunity.

The denomination is seeing fast-growing pockets of new Latino congregants. Episcopal churches in Nevada and Washington, D.C., are seeing considerably higher attendance from Latinos. In Oregon, there were only 150 Latino Episcopalians 20 years ago. Now, there are more than 800. 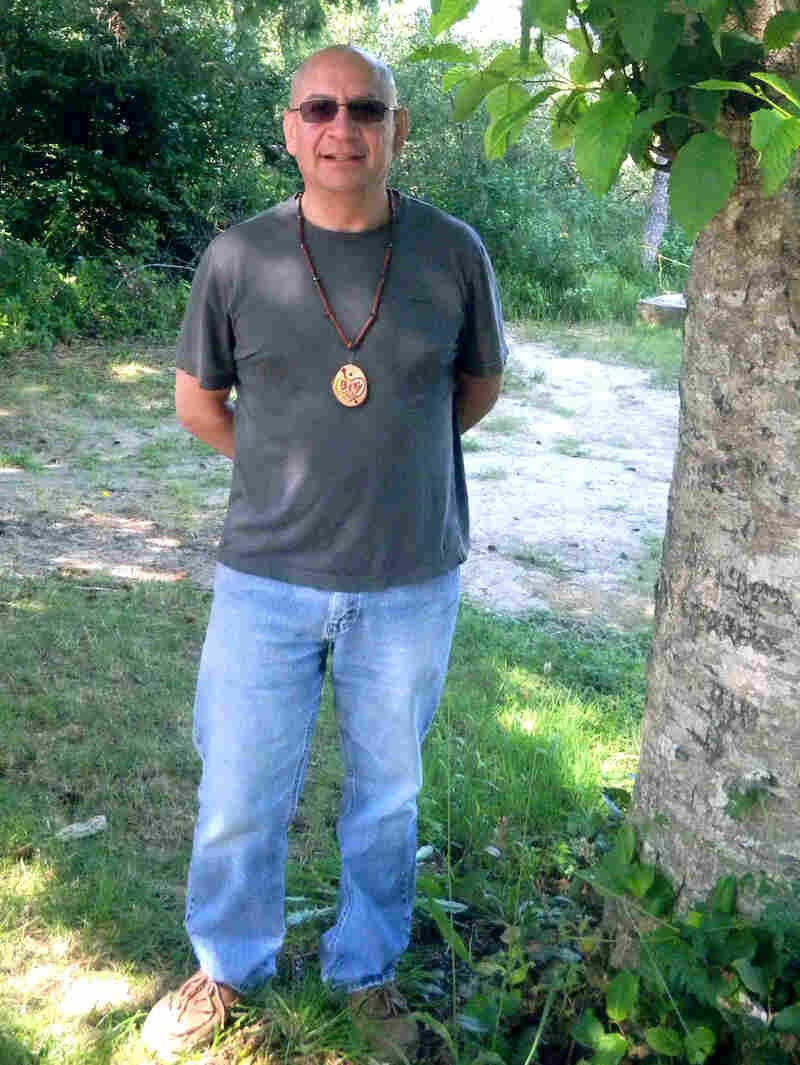 The Rev. Roberto Arciniega, head of Latino ministries for the Episcopal Diocese of Oregon, says the denomination must reach out to Latinos to stay relevant in a multicultural society. Chris Lehman for NPR hide caption 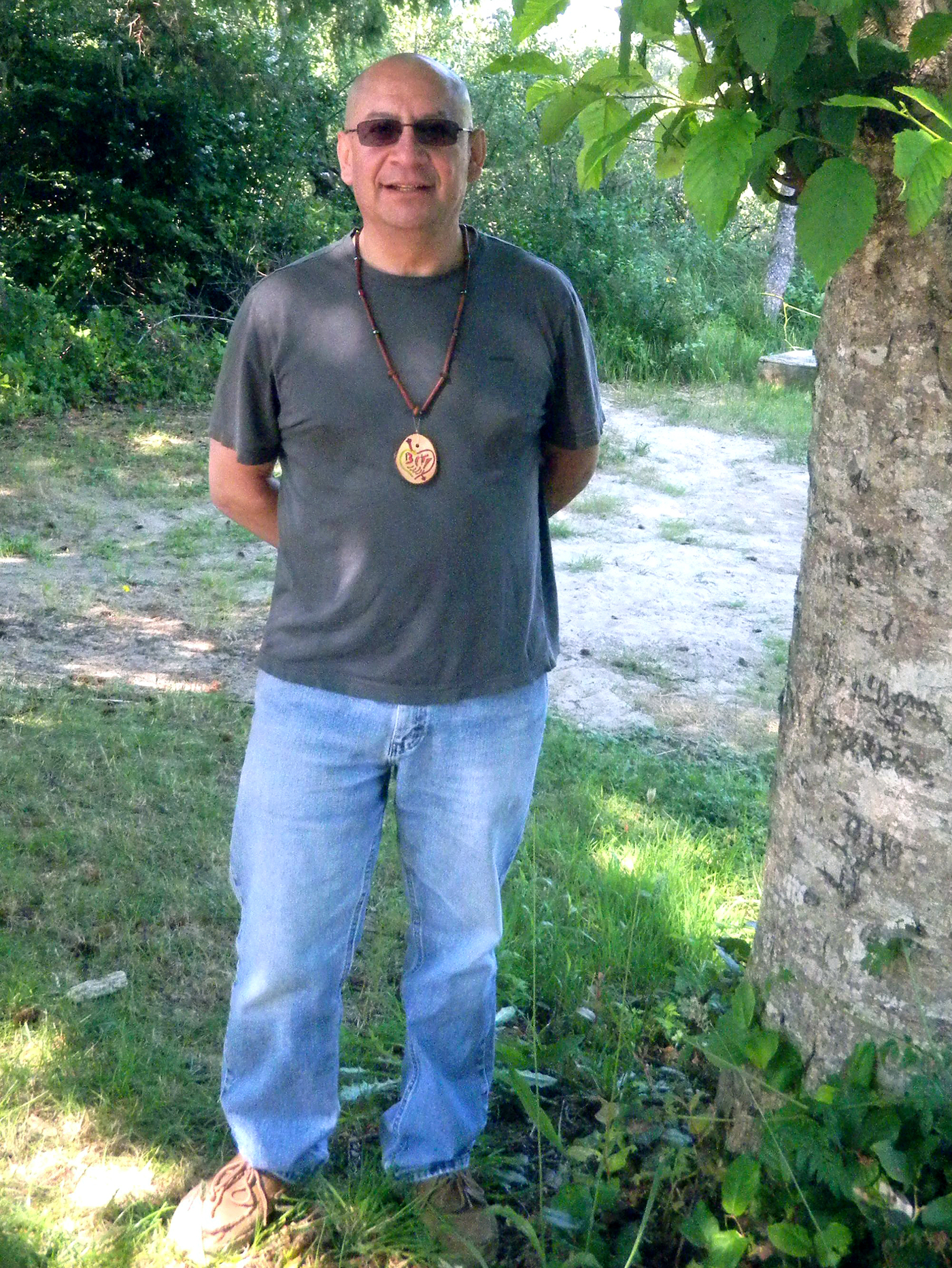 The Rev. Roberto Arciniega, head of Latino ministries for the Episcopal Diocese of Oregon, says the denomination must reach out to Latinos to stay relevant in a multicultural society.

A denominationwide outreach plan notes that Hispanics represent a huge growth potential. The plan outlines strategies to reach Latinos, including focusing efforts on first- and second-generation women, whom the church calls "gatekeepers."

Roberto Arciniega, head of Latino ministries for the Episcopal Diocese of Oregon, says the outreach is about staying vital and relevant in a multicultural society, and it signals a shift in how his church views Latinos. Arciniega says Latino outreach is about inviting people to stay and be a part of the congregation.

"We need to have that intentionality," Arciniega says. "We have the tendency to stereotype. Many times we said, 'Oh, poor Latinos, they are coming here because they don't have anything to eat in their country. So let's give them a handout, let's give them something.' "

Saints Peter and Paul Episcopal Church in Portland, Ore., added a weekly Spanish-language mass a few years ago because the English-speaking members of the congregation wanted to reach out to the growing number of Latinos in the church's working-class neighborhood.

Father Kurt Neilson, who has led the liturgy at the church for 17 years, says attendance at the two English-language morning services at the church has been relatively flat. But the afternoon services, conducted in Spanish, have seen huge growth.

"These are folks who are very unselfconscious about inviting one another to church," he says.

Neilson went to a Catholic seminary before joining the Episcopal Church nearly 30 years ago, and he says that might be helping him connect to the Latino members in his congregation who were raised in the Catholic Church.

"I can still, if you will, speak a fluent Roman Catholic," Neilson says. "Not that we're misrepresenting ourselves. We're very clear: This is the Episcopal Church. I tell them I have a wife and children."

Married priests aren't the only major difference Catholic-raised congregants will see at an Episcopal church. Episcopalians have been making headlines for their increasingly liberal stance on social issues such as same-sex marriage.

But that isn't necessarily why Latinos are flocking to Episcopal churches in Oregon and elsewhere. For Jorge Chavez, it was as simple as moving into a new neighborhood and finding a nearby church that felt familiar.

"To me, [a] church is a church. It's still the same God, same beliefs. So for me it's basically no difference," Chavez says.

In fact, the broader Episcopal Church itself notes that the similarity to Catholic services is one of the selling points for Latinos. In Oregon, Hispanics now make up about 6 percent of the Episcopal Church.

But while Latinos are piling into pews for the afternoon mass at Portland's Saints Peter and Paul, Spanish- and English-speaking congregations aren't necessarily unified. At a coffee hour between the morning and afternoon services in Portland, the conversation is all in English, because nobody from the Spanish service showed up early to socialize. Steve Hiscoe, munching a snack at the coffee hour, says that's not unusual.

"We had a barbeque here on the lawn a month or so ago," Hiscoe says. "Both congregations came, but the Latinos mostly sat with the Latinos, and the English sat with the Anglos."