Accessibility links
Racial, Regional Divide Still Haunt Detroit's Progress In Detroit, the predominantly black city and predominantly white suburbs have feuded for decades over finances and control of assets. A recent suburban vote to help a city institution offers hope for better cooperation. But old tensions are still roiling over a proposal to put a beloved city park under state oversight.

For many years — perhaps even decades — Detroit has been the poster child for economic malaise. Adjusting for inflation, per capita income in metro Detroit dropped more than 20 percent between 1999 and 2010.

Some analysts say regional cooperation might have helped keep Detroit above water when the car industry sank, but that entrenched divisions that pit the city against its suburbs, and blacks against whites, have hindered that.

Jeff Horner is standing in a park bordered by a concrete wall in the city's Eight Mile Wyoming neighborhood. Horner, an urban planning lecturer at Wayne State University, says this wall is a very visible marker of Detroit's segregated history.

In the 1940s, this part of Detroit was largely African-American, Horner says. In those days, the city was growing, and white residents sought to build houses next to black neighborhoods like this one. But first, developers needed to get financing — usually secured by the Federal Housing Administration.

"And the developer who wanted to develop in this area was told no by the FHA," Horner says. "Because it was considered to be too close to an African-American neighborhood. And so the solution that the developer came up with was to build a 6-foot-high wall that runs for about three long city blocks."

The wall is just one example of Detroit's historical divisions. In the 1950s and '60s, the car companies started moving factories from the urban core to the suburbs. Many white families followed, but discriminatory practices blocked that option for black families.

As a result, Detroit got poorer and blacker, while the suburbs got richer and whiter — especially after the city's 1967 riots over race and income disparities.

But the demographics are shifting here, Horner says. Young white people are moving into the city of Detroit, while the racial makeup of the suburbs is changing.

"I would venture to say by 2020, there will be more black folks in Detroit suburbs than there are in the city of Detroit," he says. "We're on that path right now to have more suburban blacks in Detroit than in the city."

But in many ways, the acrimony remains, and it's tangible any time there's a debate over regional cooperation between Detroit and its suburbs. Inside the city, residents fear a loss of political power. In the suburbs, the fear is that hard-earned tax dollars will be siphoned off by a poorly run city.

It's a debate that's played out repeatedly through the years: over the city-owned water system that serves the suburbs, for example, and over the zoo and the convention center that serve the region but needed help staying afloat.

Local residents Thomas Short and Ruth Roman sit side by side in lawn chairs at the park, watching the freighters go by. They visit Belle Isle several times a week, and they're not happy about a proposal that would fold this park into Michigan's state park system.

"I would prefer it to stay in Detroit, the ownership of it," Roman says. "It's one of the jewels of the city. It belongs to the city."

The proposal is part of a consent agreement between the state and the city intended to keep Detroit from sliding into bankruptcy. But it's been derided by some — like Roman — as yet another attempt by people outside Detroit to erode the city's self-determination. 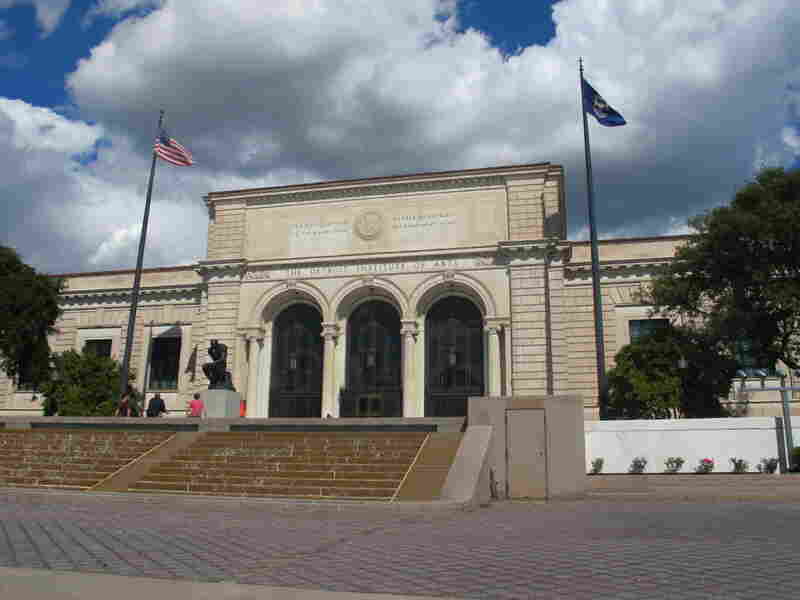 Suburban voters recently elected to raise property taxes to help fund the Detroit Institute of Arts. Some say it's a sign that city-suburb tensions are beginning to ease. Sarah Hulett for NPR hide caption 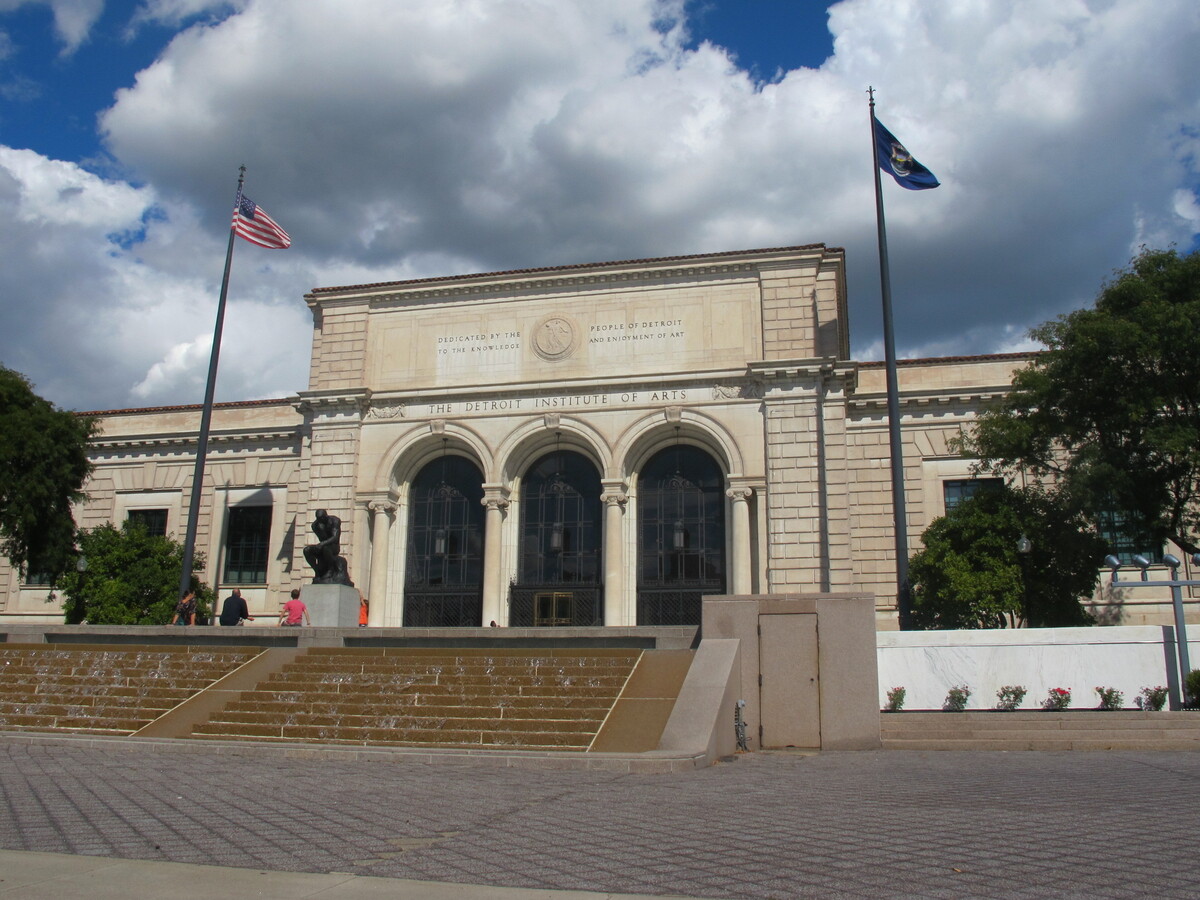 Suburban voters recently elected to raise property taxes to help fund the Detroit Institute of Arts. Some say it's a sign that city-suburb tensions are beginning to ease.

But the park is in need of work the city can't afford to do, says City Councilman James Tate. The park's once grand and exclusive boat club is now rundown, and Mother Nature is taking over the now-closed zoo.

Tate is part of a new contingent of people younger than 40 on the City Council. Born after the riots, they have a different take on regional politics from some of their predecessors.

Tate says it's time to look at a regional solution to Belle Isle's problems.

"I'm one of those guys, you just want to see progress," he says. "And I think it's important to not just say no to everything [just] because it's uncomfortable, and it's different than what you've been doing in the past."

A deal that would have the city lease Belle Isle to the state appears to be close. That would require City Council approval — and that's not a sure thing. Councilman Kwame Kenyatta says the state should keep its hands off Belle Isle.

"I think that has always been the question" of regional cooperation, Kenyatta says. "Can we be partners without [the state] controlling the menu of what's going to be on the table?"

Kenyatta says if Coleman Young were still mayor here, he'd be putting up a fight. Young was Detroit's first black mayor and a hero to many black Detroiters. He left office almost 20 years ago, but his name is still regularly invoked in debates over money and political power.

Bob Berg, a partner with the Detroit public relations firm Berg Muirhead and Associates, has a different take. Berg was Young's press secretary, and he's not so sure Young would be opposed to a state partnership to spruce up Belle Isle. He says Young was seen as antagonistic, even hostile, by many whites — both in the city and in the suburbs.

"A lot of white people were very uncomfortable in a situation where they were no longer in control," Berg says. "It's amazing — he's been gone for 15 years, and people still feel passionately. They either love him or they hate him."

Before serving as Young's press secretary, Berg did the same job in the 1970s for Michigan's white former Gov. William Milliken. Young and Milliken had a warm relationship, and Milliken fought for state funds to help Detroit institutions, like the Detroit Institute of the Arts.

Suburbs Rally Behind An Urban Institution

Today, Berg points to recent successes in city-suburb cooperation. Last month, the majority of people in Detroit's suburbs voted to raise their taxes to keep the DIA afloat.

Berg, whose firm handled PR for the campaign, says the first people in line at the museum the day after the vote were a couple from the suburbs who had never visited the DIA before.

"We were laughing later that if we were going to try to hand-pick, PR-wise, the first group to come through, that's who you'd have picked," Berg says. "There they are, they're from Livonia ... which until the last census was the whitest city in America. Over 100,000 [people]."

Berg says the museum vote is a sign that people are starting to see Detroit and its suburbs as one entity — that will succeed or fail together.

Belle Isle remains the next test. Many Detroiters are still skeptical that the state will be a fair partner when it comes to co-managing the city gem. But a successful deal could mark the emergence of a metro Detroit where cooperation trumps dysfunction.