Accessibility links
Stories From A New Generation Of American Soldiers More than 10 years since a new generation of Americans went into combat, the soldiers themselves are starting to write the story of war. Three recent releases show how their experiences give them the authority to describe the war, fictionalize it, and even satirize it. 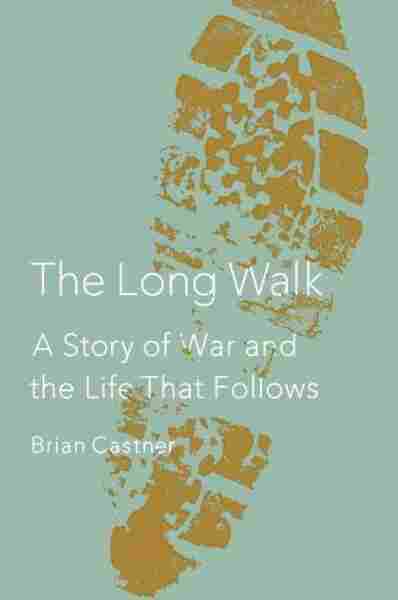 "The first thing you should know about me is that I'm Crazy," he writes. "I haven't always been. Until that one day, the day I went Crazy, I was fine. Or I thought I was. Not anymore."

More than 10 years since a new generation of Americans went into combat, the soldiers themselves are starting to write the story of war. Three recent releases show how their experiences give them the authority to describe the war, fictionalize it and even satirize it.

Castner was an Air Force EOD (explosive ordnance disposal) officer in Iraq — he defused bombs for a living. But he returned home to a minefield inside his head. "The long walk" is an old bomb-squad term.

"The literal meaning is when you put on the bomb suit, and a single person has to walk up to the IED alone," he says. "In the EOD world, we call that the long walk — it's been called that for decades. The long walk at home — I'm not sure if it's done yet."

Back home in upstate New York, Castner found he'd returned to an America untroubled by the war. Paranoia hit him at unlikely moments: In a suburban shopping mall, he would catch himself looking for routes of escape or even how to kill his way out. Castner suspects he has brain injuries from hundreds of explosions on the job. He has lost beautiful memories from when his children were young, to have them replaced with tripwires that can set off gruesome flashbacks to Iraq.

Castner says his condition began to dismantle his family, and his wife pushed him to write it down.

The result is a painful but compelling read, even as Castner finds ways to cope, at least partially, with his long walk back at home. But he's resigned to living with the madness.

"There's no cure for any of this. Do I feel that overwhelming pressure in my chest every second of the day? No, and fortunately, that's passed," he says. "But I'm planning on living my life with it from now on. I don't expect it to just not be there anymore someday." 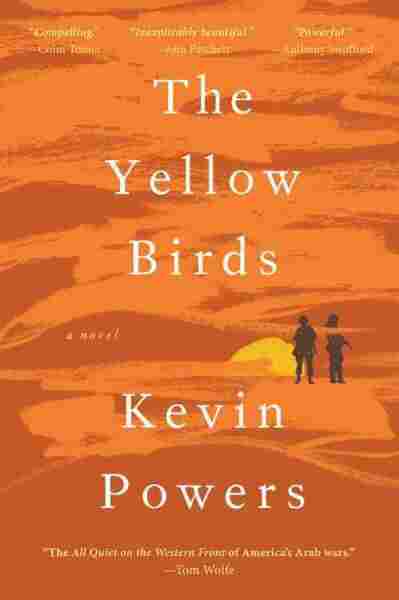 Another book, The Yellow Birds by Kevin Powers, also stitches together scenes from the war and an uneasy homecoming. The narrator is Pvt. John Bartle, a grunt, who fought in the villages of northwestern Iraq. At the end of his tour, he did something that seemed right at the time but that he now sees as a terrible transgression. Powers says he wanted to look at how these young men in uniform get in the daily habit of making snap decisions about life and death.

"It is a kind of a rash action. I mean, it's not something they spend a long time considering — it's an instinctive ... moment of 'this is what has to be done,' and then they do it," he says. "And that may determine whether what you do is good or bad or not."

The main character's deployment to Iraq is a journey toward understanding the consequences of his actions and how very little he can control.

It's fiction, and Powers says that makes the story more intense than anything he experienced in Iraq. Powers has been writing poetry since before he joined the Army, and it shows. The Yellow Birds is a short novel but not a quick read — the language is rich, just shy of overwritten, and worth slowing down to appreciate.

His narrator feels as through the war is taking place over and over in the same village, the same orchard. He writes:

"I thought of my grandfather's war. How they had destinations and purpose. How the next day we'd march out under a sun hanging low over the plains in the east. We'd go back into a city that had fought this battle yearly; a slow, bloody parade in fall to mark the change of season.

"We'd drive them out. We always had. We'd kill them. They'd shoot us and blow off our limbs and run into the hills and wadis, back into the alleys and dusty villages. Then they'd come back, and we'd start over by waving to them as they leaned against lampposts and unfurled green awnings while drinking tea in front of their shops." 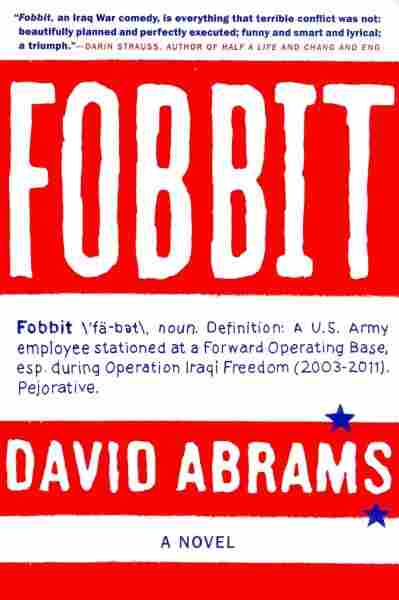 The tragic absurdity of Powers' book is in sharp contrast to the comic absurdity in another Iraq book, this one about the little people who lived out the war in the comfort of Forward Operating Bases, or FOBs.

"They were Fobbits because at the core they were nothing but marshmallow," writes David Abrams, author of Fobbit.

He continues: "They cowered like rabbits in their cubicles, busied themselves with PowerPoint briefings to avoid the hazards of Baghdad's bombs, and steadfastly clung white-knuckled to their desks at Forward Operating Base Triumph."

The funniest part about Abrams' book is that he isn't making it up. His fobbits live on "FOB Triumph," a name that seems Orwellian. But it's not so different from the name of the FOBs where Abrams worked in real life.

"FOB Triumph ... that's made up. But there are similarities to Camp Liberty and Camp Victory. I was on the Liberty-Victory complex," he says.

No one was allowed to say those names with irony — certainly not in the Army Public Affairs shop where Abrams worked for 10 months in 2005. Abrams says there were plenty of Fobbits whose jobs trapped them on the base — who were required to stay back at the base as part of the war effort. But they at least felt bad about not being in combat — "Fobbit guilt."

"You know, it's not like I want to be out there in it myself, but at the same time you've got to think: Well, I'm sitting here at the desk, I'm comfortable, I'm in air conditioning, and they're out there in those conditions. You know, it really creates some conflict inside you," he says.

Fobbit may fall short of classics like Catch-22, but Abrams is finally breaking the taboo on making fun of the war — and the U.S. effort in Iraq, which has provided plenty of fuel for satire.

Tim O'Brien, a writer who served in the Vietnam War, said there are as many wars as there are soldiers who fought in them. These three books on the Iraq War are just the first look at what must be thousands of stories still to be told.

Read an excerpt of The Yellow Birds

Read an excerpt of Fobbit