Accessibility links
A Berry So Shiny, It's Irresistible (And Inedible) Birds are drawn to the blue berries of the tropical Pollia condensata plant; scientists are just as intrigued with the small shiny fruits. A recent study shows that the berries are more intensely reflective than any other living thing. 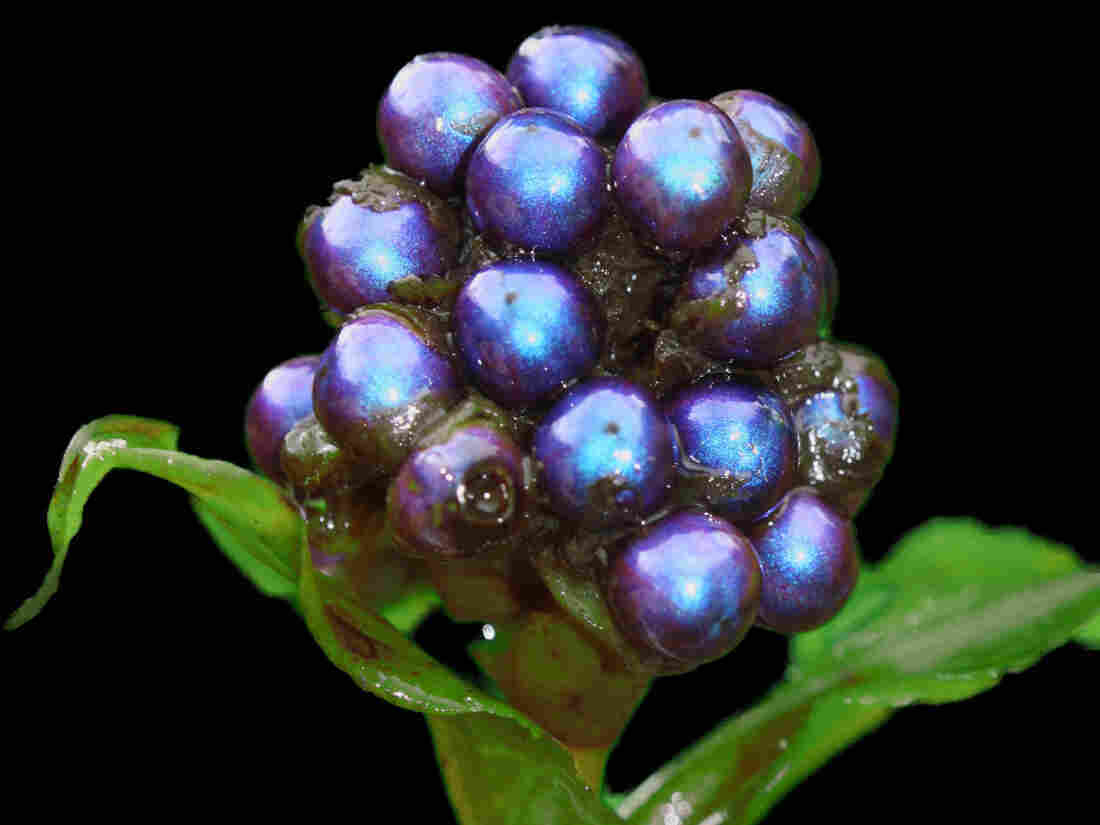 The shiny blue berries of the tropical Pollia condensata plant rely on their looks, not nutritional content, to attract birds to spread their seeds. Silvia Vignolini et al. via PNAS hide caption 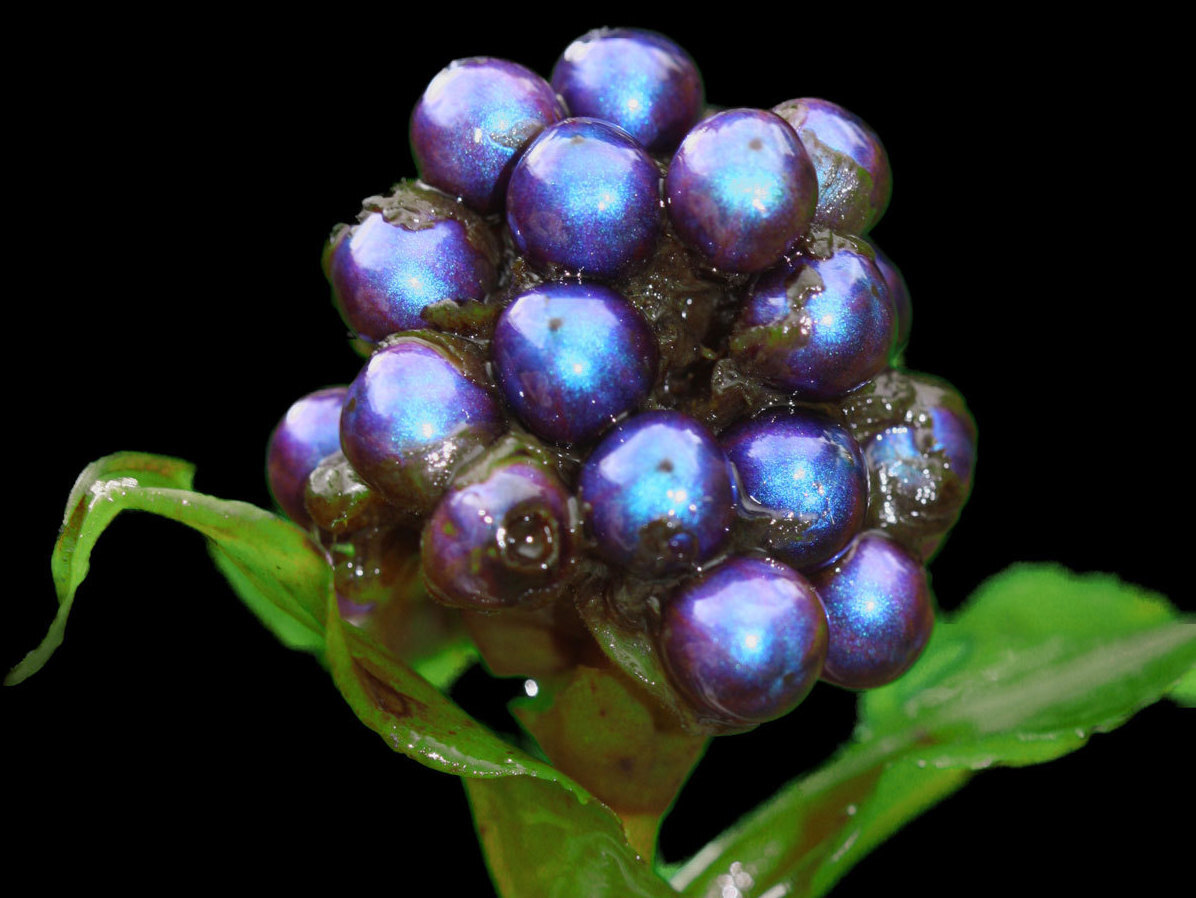 The shiny blue berries of the tropical Pollia condensata plant rely on their looks, not nutritional content, to attract birds to spread their seeds.

That fake fruit in the wooden bowls that hotels love to decorate their lobbies with never looks quite right. No, apparently it takes nature to make a fake that looks even better than the real thing.

That turns out to be the case with the amazing berry of the Pollia condensata plant. A physicist in Great Britain was looking at the reflectivity of tulips and buttercups (yes, scientists get paid to do that sort of thing) when a colleague at Cambridge University told him to check out this weird blue berry from a tropical plant called Pollia condensata.

"In fact," says Ullrich Steiner, "I wasn't terribly impressed because [the berry] is not very big." It's much smaller than a blueberry. But close up, the blue color was incredibly luminous and intense.

Steiner measured that intensity. It's the result of how unusually reflective the berry's skin is. Most surfaces reflect just a small percentage of the light that hits them. However, this berry reflects 30 percent of the light.

In the study, published in the Proceedings of the National Academy of Sciences, Steiner says its reflectivity is more intense than any living thing. "We find that it is more intense than, for example, the morpho butterfly, which is usually cited for being one of the most brilliantly colored animals."

The morpho butterfly and the scarab beetle are the only living things that come close to the Pollia berry, in terms of color. And as with the beetle, the berry's skin has no pigment — no colored cells. Rather, all the cells are coiled in a peculiar twist. The cells form sheets, like the skin of an onion. Light filters down through those layers in a way that creates something called "structural color."

"So what they do, basically, is they bounce back the blue light, and they let the rest of the light through," Steiner explains.

But to give the color some kick, there are just a few cells in the berries' skin that do reflect other colors, and that gives the fruit what Steiner calls a "pixilated" glow.

Of course, you're wondering why a plant would go to all this effort. Well, it needs birds to take the fruit and spread its seeds. But its berry has no nutritional value. The scientists at Cambridge think its beautiful advertising is what makes birds pick it up and use it to decorate their nests. It's just a bauble — but so bright that it fascinates birds as well as physicists.