Accessibility links
Can Counseling Complicate Your Security Clearance? People seeking government jobs that require security clearance must disclose any therapy they've received over the last seven years — even for sexual assault. Experts say the requirement, known as Question 21, is discouraging people from applying for the jobs — and from seeking help. 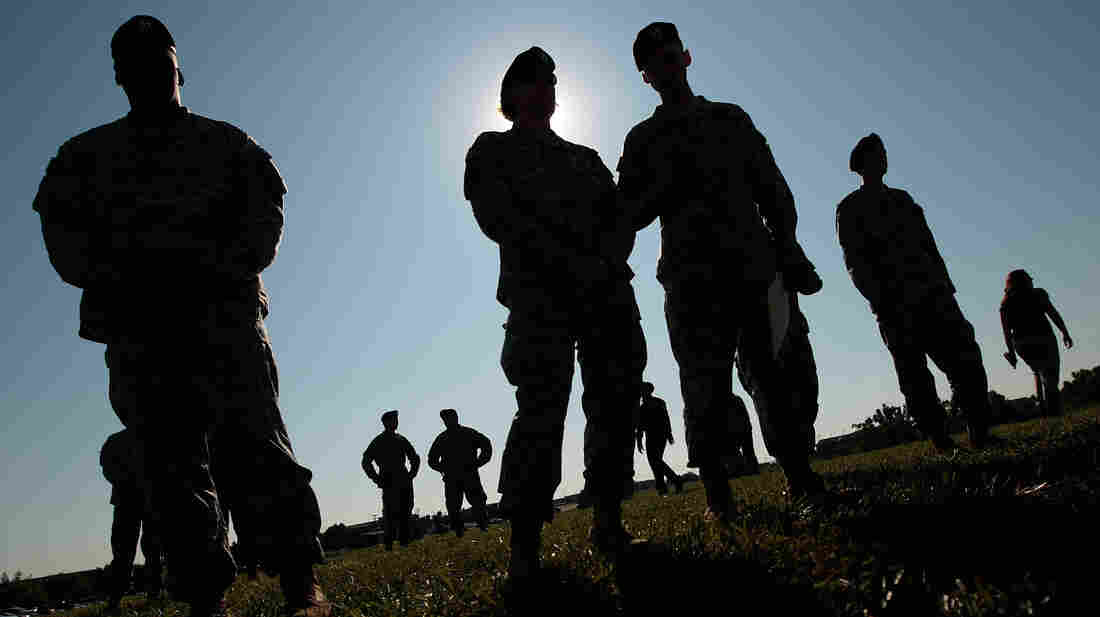 To get security clearance for jobs in the military or the government, applicants must say whether they've undergone counseling in recent years. Some experts say this question — known as Question 21 — is discouraging people from applying for jobs or from getting help. Chris Hondros/Getty Images hide caption 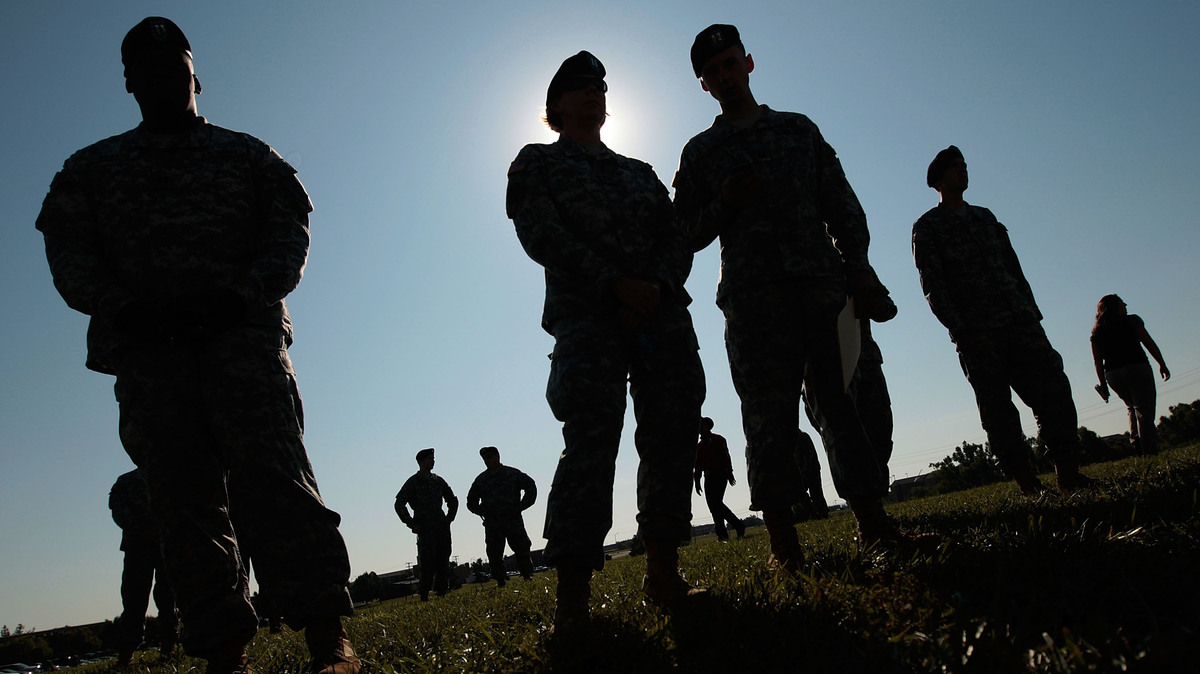 To get security clearance for jobs in the military or the government, applicants must say whether they've undergone counseling in recent years. Some experts say this question — known as Question 21 — is discouraging people from applying for jobs or from getting help.

Jennifer Norris was a devoted member of the Maine National Guard.

"I was ecstatic. I absolutely loved serving in the military," she says.

Norris still wanted a career in the Guard even after she was sexually assaulted by other members of the military. After she was raped, she says she got psychological counseling.

But then it came time to renew the security clearance she needed for her job as a satellite communications technician. One question on the form — Question 21 — asked whether she'd sought help from a mental health professional over the past seven years.

"I just could not bear sharing that information with all those people when my husband didn't even know," she says.

You shouldn't lose your security clearance because someone raped you in the military and you sought counseling.

Norris says the prospect of divulging that information was too much. Instead, she decided to leave the National Guard.

An essential element for many jobs in the military or other areas of government is receiving security clearance. In addition to undergoing a background check, applicants must answer questions about their personal life, including whether they've had psychological counseling.

But that requirement, experts say, is discouraging some people from applying for the jobs or from seeking help.

Others have stories similar to Norris — although many still in the military were afraid to speak on the record, fearing the impact on their careers.

Congresswoman Chellie Pingree, a Democrat from Maine, says these stories convinced her that Question 21 is simply out of bounds.

"It's one thing to ask, perhaps, if you've been hospitalized or had long-term treatment, but just to say have you gone to counseling or therapy, have you gone through a bad time, that shouldn't cause the potential of you being eliminated from your security clearance," she says.

Pingree wants the director of national intelligence to at least add an exclusion for victims of sexual assault.

There's a precedent for that. In 2008, the form was changed to exclude counseling for combat stress, as part of the effort to remove the stigma from counseling for post-traumatic stress disorder. Pingree says the same logic should apply here.

"You shouldn't lose your security clearance because someone raped you in the military and you sought counseling," she says.

Some who work in the field say there's no reason to be afraid of Question 21. The security clearance form states plainly that mental health counseling in and of itself is "not a reason to revoke or deny eligibility for access to classified information."

Evan Lesser is founder of ClearanceJobs.com, which helps people get work that requires a clearance. He says investigators do not focus on a single issue, like therapy. Instead, they follow what's known as the "whole person concept."

"They take into account the totality of someone and their actions, their circumstances, how they got there," Lesser says. "And a few decades ago, seeing a psychological counselor might have been a problem for a security clearance adjudicator."

Not today, though, says Lesser. He says that with millions of people in counseling, the government knows it would be shooting itself in the foot if it excluded those who've sought help.

'A Major Deterrent For Seeking Care'

But many who work in mental health say the real damage happens before the clearance process starts.

Elspeth Cameron Ritchie, a former Army psychiatrist who now works for the government of Washington, D.C., says people avoid getting help so they can answer "no" on the form.

"Question 21 is a major deterrent for seeking care in the military or, indeed, in other federal agencies," she says.

Ritchie says Army questionnaires show that fear of losing a security clearance is one reason soldiers don't seek counseling. So, she says, whatever the official policy is, many people play it safe and avoid putting their clearance at risk.

"You have even a few people whose security clearances [were] held up, and everybody hears that, and knows that, and especially for people who are interested in getting a job after the military," she says, "what is the first question that most of the consulting firms ask is, 'Have you ever lost your security clearance?' "

The Pentagon would not comment for this story. But James Clapper, director of National Intelligence, has convened a working group, with the Departments of Defense, Veterans Affairs and other key agencies, to revise Question 21. That working group is also looking at other ways to reduce the stigma around mental health counseling.

But for now, the question stands, and people who have sought counseling — even for sexual assault — still must answer it on the form.