'Stolen': What's Been Taken Is Mostly The Plot

'Stolen': What's Been Taken Is Mostly The Plot 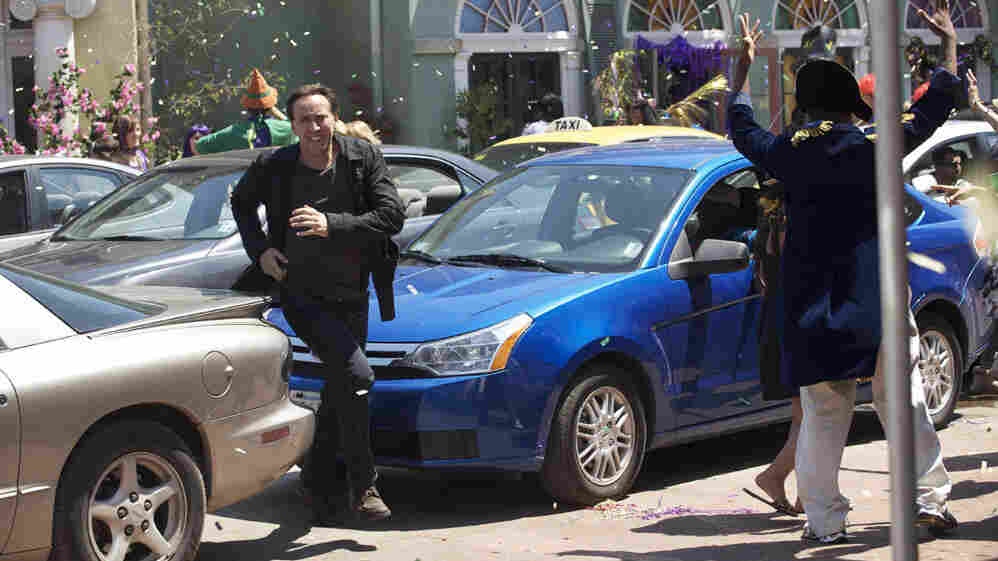 Will (Nicolas Cage) is a former thief who must race to find his daughter before a onetime partner kills her in Stolen. Millennium Entertainment hide caption

Rated R for some violence and brief language

Stolen is very different from Pierre Morel's 2008 exploitation megahit Taken: There are six letters in its title, not five. It's set in New Orleans, not Europe. And it stars Nicolas Cage, not Liam Neeson. So any resemblance between these two films about fathers who'll stop at nothing to get their kidnapped offspring back is purely coincidental.

Except one is a lot less fun than the other, and not just because its basic plot points and tone are, well, borrowed, if not stolen. Stolen is less shameless than Taken — which featured evil Albanians and other assorted politically incorrect appurtenances — which also makes it less effective.

Directed by Simon West — re-teaming with Cage for the first time since Con Air — Stolen always seems to be looking back over its shoulder, checking to see if it's eliciting the desired effect. Even the violence — which includes the requisite number of eyes gouged by thumbs and big guys being thrown against glass coffee tables — feels tepid, no match for the sight of sweet, sad-eyed Neeson going ballistic and torturing a baddie with an electrical current.

Part of the problem is Cage himself: Here he plays career thief Will Montgomery, who's arrested after a heist goes bad. He spends eight years in prison, and upon his release all he wants to do is reconnect with his estranged daughter (Sami Gayle).

His partners (Malin Akerman and Josh Lucas), who were left hanging after the failed heist, have taken different paths in rebuilding their lives: Akerman goes straight and gets a job in a bar frequented by cops, while Lucas, embittered against Will for one reason or another, simply goes off his nut. You know that because he shows up as a cab driver with matted dirty blond surfer hair, spewing lots of crazy talk. Convinced that Will actually has the dough the trio had originally set out to steal, he makes off with Will's daughter, demanding his share of the loot in exchange for her return. 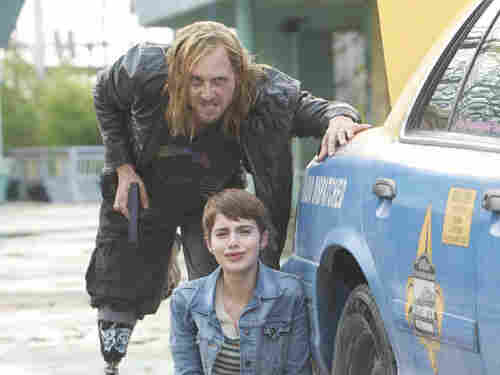 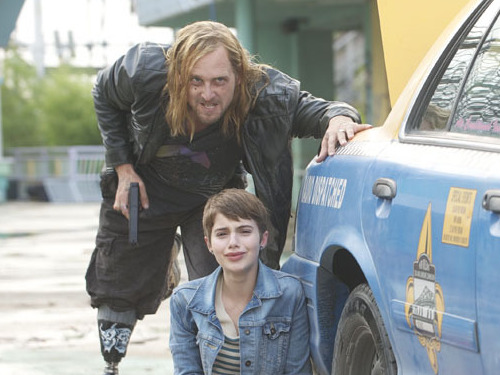 Vincent (Josh Lucas) kidnaps his former crime partner's daughter, Alison (Sami Gayle), holds her in the trunk of a taxi and demands a multimillion-dollar ransom in Stolen.

Will is desperate to get his daughter back, to the point of, inexplicably, enlisting the aid of the cop who's always had it out for him (Danny Huston). But Cage just isn't as good as Neeson is at playing the fatherly anguish card. Cage can be, and could be again, a marvelous, soulful actor. But here he plays paternal protectiveness as a means to an end: He looks crazy and determined, all right, but not any more so than in any other Nic Cage action role — the poor teenage daughter, locked in the trunk of a nutter's taxicab, is just an afterthought.

It doesn't help that Cage's hair is only getting stranger as he gets older: He resembles a monk in some medieval illumination, and while that look may get some people's wimples in a tizzy, it doesn't exactly scream "virile action hero." It's long past time for Cage to go with the flow — doesn't he know that some of the best people have no hair? In Stolen, he steals away with nothing; he's simply stalled out.