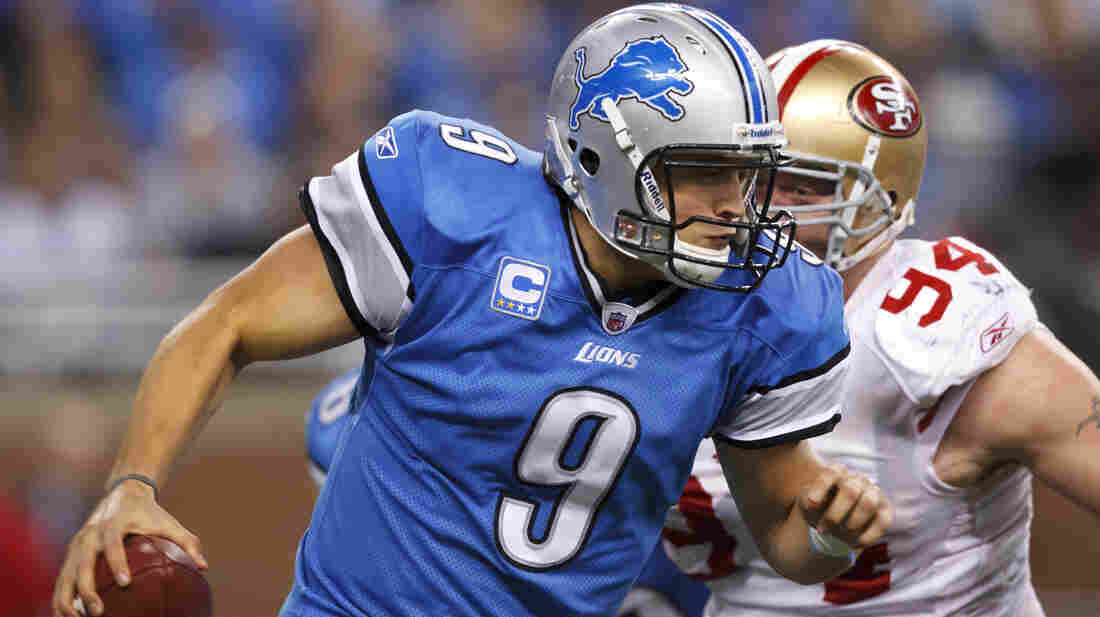 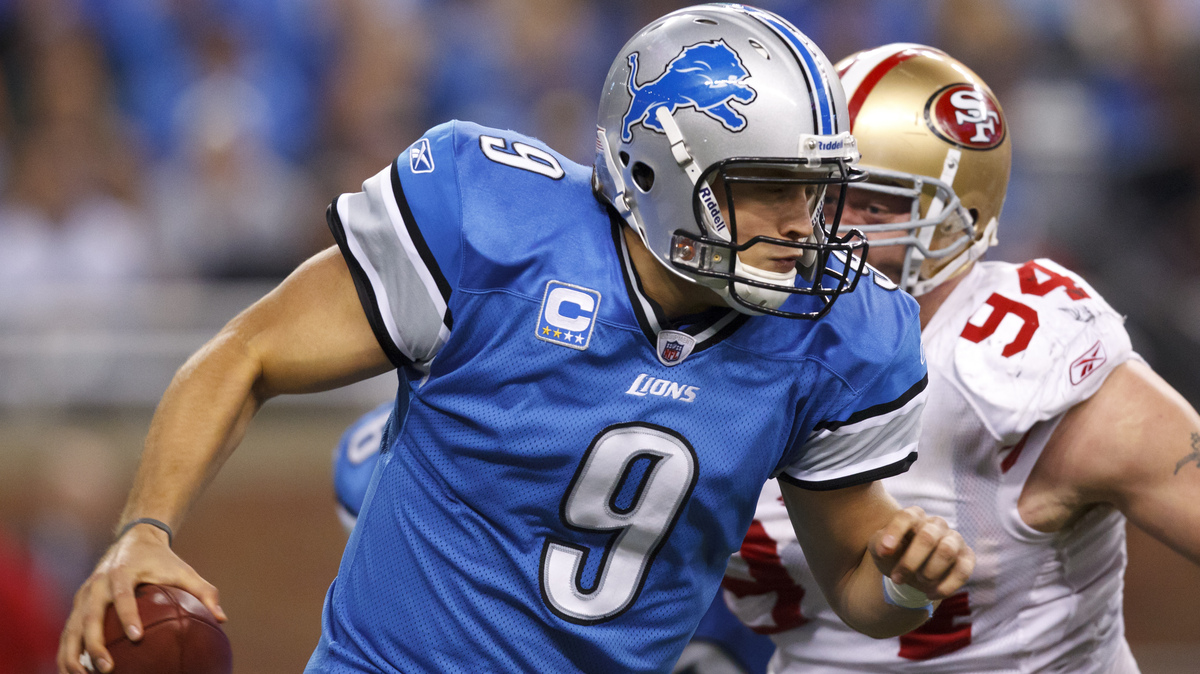 Quarterback Matt Stafford and the Detroit Lions will travel to San Francisco to play the 49ers Sunday night. Because their body clocks are set to the Eastern time zone, the Lions could be at a disadvantage.

Hi! Are you a gambler? Do you like to bet football? Then this is your lucky day, for if you'll just stay tuned, I'm gonna offer you a free money-back guarantee: how you, too, can pick an NFL winner. Just don't turn that dial, and listen to this important message.

You know, folks, it ain't easy betting the NFL. Just look at any newspaper where so-called insiders pick games against the spread. Very few of these, uh, experts are even right half the time — and you really need to hit 55 percent winners to break even, because the house, or the bookie, needs his vigorish. No, to win betting against the spread, you need a real edge.

The point spread was created by a former math teacher named Charles K. McNeil, who opened a bookmaking operation in the 1940s, offering what he called "wholesaling odds." Instead of taking bets on a team to win as you would a horse in a race — getting 6 to 1, or 7 to 2 — McNeil, in effect, borrowed the handicap from golf, giving so many imaginary points to the underdog, so the gambler could eschew complicated odds and make an even bet on any game — in the vernacular, taking the points, or giving them. Jimmy "the Greek" Snyder popularized what had become known as "the spread" on TV in the '70s.

OK: Stay awake. In his book about sleep, Dreamland, author David Randall reports on a football study at Stanford. Now what we know is that, typically, human energy flags during the day — but, for some primordial reason, picks up again around 6 p.m. By 10, though, the sandman has started his siren song.

Now, a few times each NFL season, an Eastern team plays a Western team in a night game. For television reasons, all the games start around 8:30 p.m., Eastern Time.

That means for an East Coast home game, the West Coast players still have their body clocks set at 5:30 — ready to perk up, as the Eastern boys will soon run down. If the West Coast team is home, same thing: It's 5:30 for the Pacific boys, but the Atlantic guys' body clocks say it's 8:30.

And guess what the researchers found? Over a quarter-century span, the West Coast teams beat the East an amazing 70 percent of the time against the spread. Hello! Seventy percent!

OK, write this down and call your bookie. This Sunday night, Detroit plays at San Francisco. On Dec. 16, the Forty-Niners play at New England. On Dec. 23, San Diego plays the New York Jets.

Hey, I'm giving you people winners. So Sunday, take San Francisco and give 6.5 points — then stay awake and cash in.