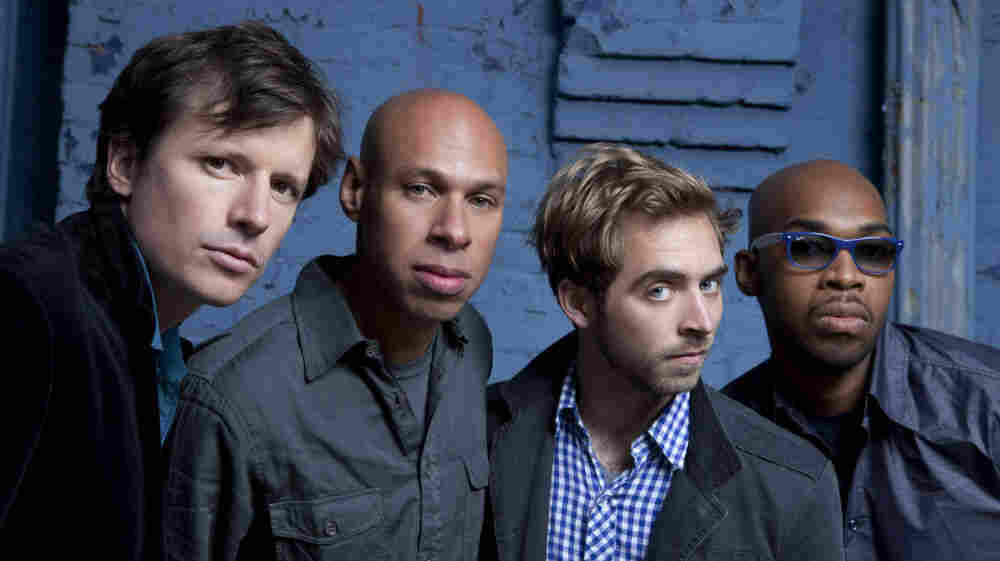 When Joshua Redman plays Boston, it's a homecoming. He graduated Phi Beta Kappa from Harvard University and quickly won the 1991 Thelonious Monk International Saxophone Competition. Warner Brothers signed him to make a string of successful albums.

From 2004 to '07, he was first among equals in the eight-piece SF JAZZ Collective, with Matt Penman on bass and Eric Harland on drums. Penman, from New Zealand, had studied at Berklee College of Music, the site of this show. From Houston, Texas, Harland studied at Manhattan School of Music.

In 2008, a new player, pianist Aaron Parks from Seattle (who also studied at MSM), released Invisible Cinema with Penman and Harland. Redman told DownBeat that he listened to Invisible Cinema all the time and loved the songs, the interaction and the groove. He invited the trio to join him at the 2009 Montreal International Jazz Festival, and from that they became James Farm.

Everyone asks, "Why 'James Farm'?" and the players steadfastly maintain that there is no story. It's just a name. (You can even find it on the occasional milk carton. There's a dairy business here in the Northeast that distributes James Farm products.)

As Kevin Lowenthal wrote in The Boston Globe about this BeanTown opening night, "Before an enthusiastic, jam-packed Berklee Performance Center audience, James Farm played original compositions from what Redman announced was 'our latest, greatest and only CD.' It's hard to imagine many of these pieces — more cinematically moody than melodic — being taken up by other performers. But they certainly provide near-perfect launching pads."

Redman's solo in "If By Air" from the James Farm album gets the analyst treatment in DownBeat — just out. Jimi Durso writes, "Redman plays notes and phrases that relate not so much to the harmony of the moment but instead to the chords that are coming up." What we hear as engagement and momentum comes in part from Redman thinking and playing ahead.

The other great factor is rhythm — cascades of it. Every day in his pickup truck, Eric Harland's dad used to drive him down Interstate 10 to high school, with Eric drumming on the dashboard to the traffic. James Farm closes with Harland's "I-10." Thanks to WGBH, it's on JazzSet.

Onsite WGBH producer Gary Mott. Recording and remix in Surround Sound by Antonio Oliart, also of WGBH. Thanks to Rob Hayes of Berklee College of Music and the BeanTown Jazz Festival.