Accessibility links
'Where's My AMC?' DISH Network Dispute Drags On All of AMC's channels have been cut by satellite provider DISH Network, and viewers of hit shows like Mad Men, Breaking Bad and The Walking Dead are irked. Tiffs between networks and cable providers are common, but this one has gone on for record time. 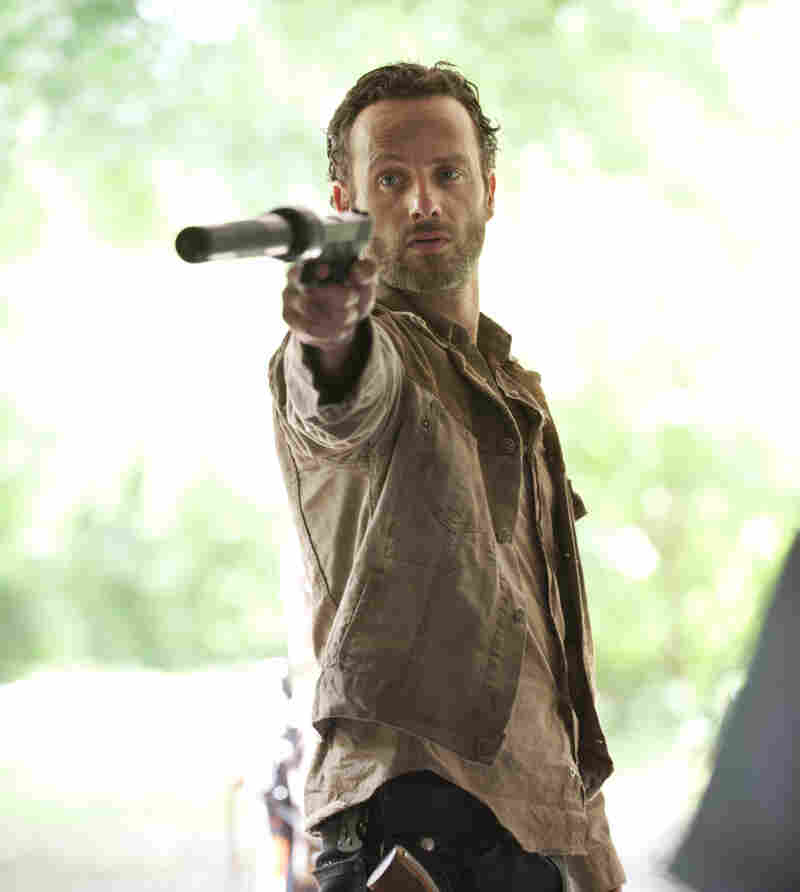 Rick Grimes (Andrew Lincoln) returns in October to fight more zombies in the hit AMC series The Walking Dead. But about 14 million people won't be able to see the premiere because of an ongoing dispute between AMC and satellite provider DISH Network Gene Page/AMC hide caption 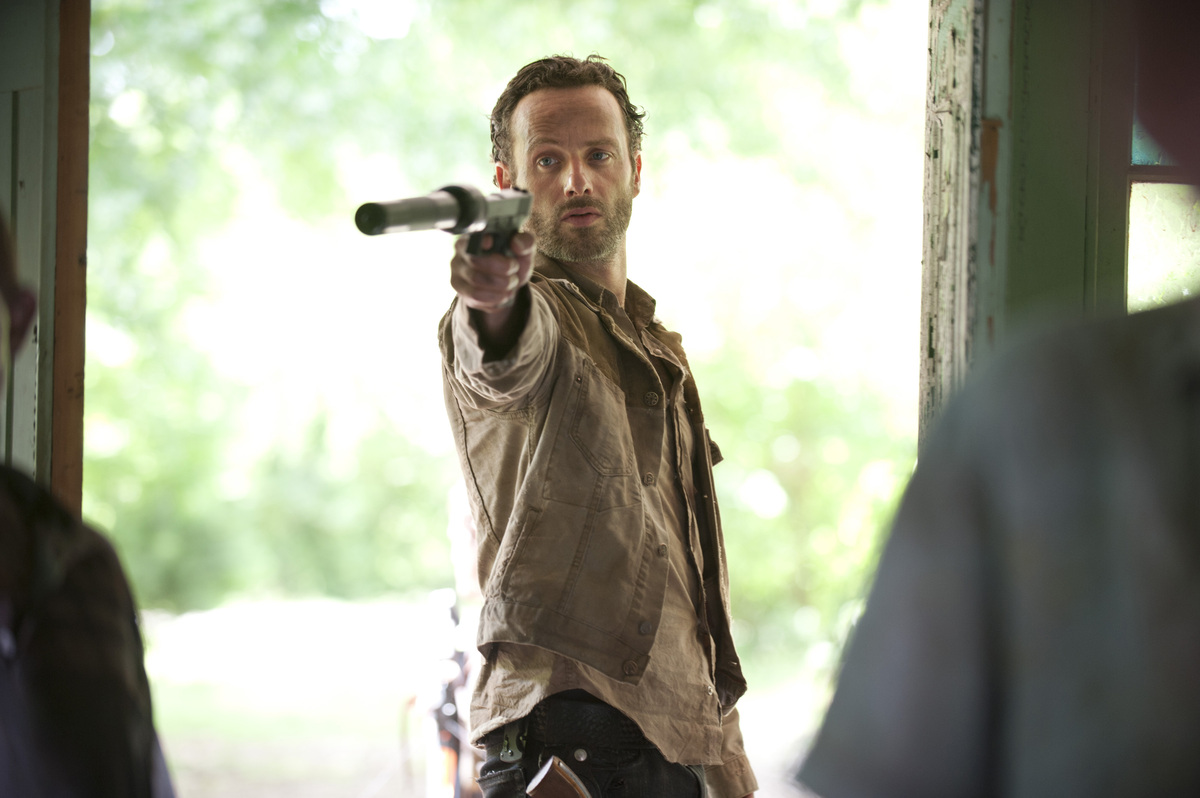 Rick Grimes (Andrew Lincoln) returns in October to fight more zombies in the hit AMC series The Walking Dead. But about 14 million people won't be able to see the premiere because of an ongoing dispute between AMC and satellite provider DISH Network

Back in March, the Season 2 finale of The Walking Dead, AMC's hit zombie drama, broke ratings records. The show returns on Oct. 14 for its third season. But for about 14 million people, there will be no flesh-eating zombies slowly walking across their TV screens. The show is produced by AMC, and all of AMC's channels have been cut by satellite provider DISH Network. Tiffs between networks and cable providers are common, but this one has gone on for record time.

Grad student Mark Worth doesn't have a lot of time for TV, but when he can turn on the tube, he says, Breaking Bad and Mad Men are the two shows he always wants to watch. So in July, when Mark sat down in front of his 52-inch screen and found a movie playing instead of Mad Men, that was the end of his relationship with DISH.

"All the movie channels in the world ... aren't going to replace that," Worth says.

Worth is one of the millions of customers caught in the middle of this feud between DISH and AMC. AMC Network's Chief Operating Officer Ed Carroll says cable networks and providers disagree all the time.

"You're hunkered down in a room and there's the bid and the ask and you're going back and forth," Carroll explains. "Sometimes there's an extension period, an additional 24 hours, an additional 36 hours, and you come to an agreement."

When things don't go so smoothly — say, if the provider isn't willing to pay what the network is demanding for its channels — those channels might disappear for a day or two. This happened not long ago when Viacom and DIRECTV had a spat. About 20 million viewers lost channels like MTV and Comedy Central for more than a week.

DISH subscribers have been without any AMC channels for more than two months. Carroll says that in his 20 years at AMC, he's never seen a dispute drag on this long.

AMC says DISH dropped its programming because it wants to gain leverage in an unrelated lawsuit. DISH, on the other hand, says the faceoff is over a practice called "bundling." Cable providers hate bundling — in which big networks like AMC try to sell several of their channels, both high- and low-rated, to providers in a bundle to get a better price. In this case, AMC wants DISH to buy Sundance IFC and WE tv, even if DISH only wants Mad Men.

The problem is they're asking me to pay for four channels for really what is the price of three shows.

Dave Shull, DISH's senior vice president of programming, says this is a bad deal. "The problem is they're asking me to pay for four channels for really what is the price of three shows," Shull says. So DISH isn't paying for any AMC shows.

But AMC isn't giving up. It has turned to social media in a quest to get channels back on DISH. Last month, it launched a YouTube video contest for angry DISH subscribers called "Hey DISH, Where's my AMC?"

Sam Thielman covers television for AdWeek and has been closely following the dispute. "If you look on Twitter, you can see people mostly yelling at DISH Network saying: 'Hey, where's our Breaking Bad?' " he says. Since AMC was cut, DISH has lost some subscribers, though "it's not quite a mass exodus," says Thielman.

DISH fans of AMC's The Walking Dead are definitely getting nervous about how they're going to watch the season premiere. AMC might stream it online, but there's no way the zombie apocalypse is going to be as jaw-dropping on a laptop.