Accessibility links
Fed Stimulus Expected, But Remedy May Not Be Right The Federal Reserve is meeting in Washington to discuss what to do with the sluggish economy. Analysts believe the Fed will take action, but some economists wonder if it will have an effect — or even be counterproductive. 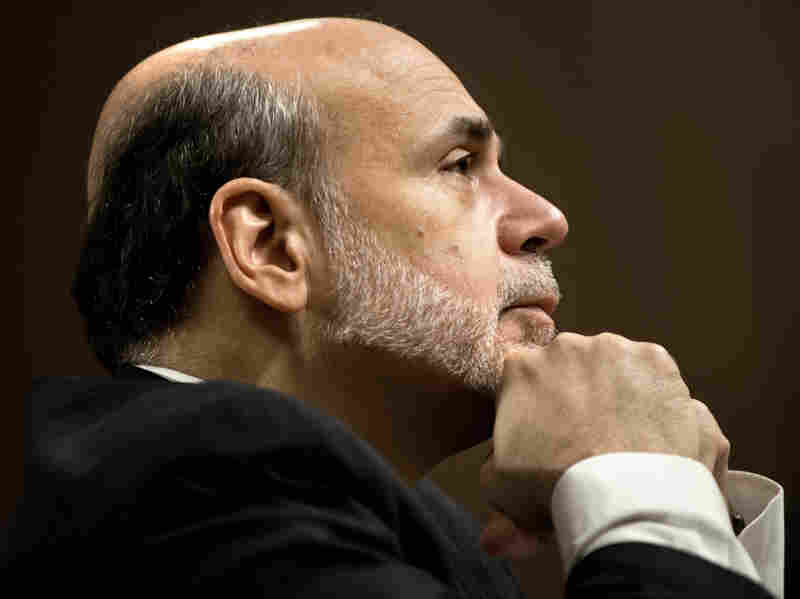 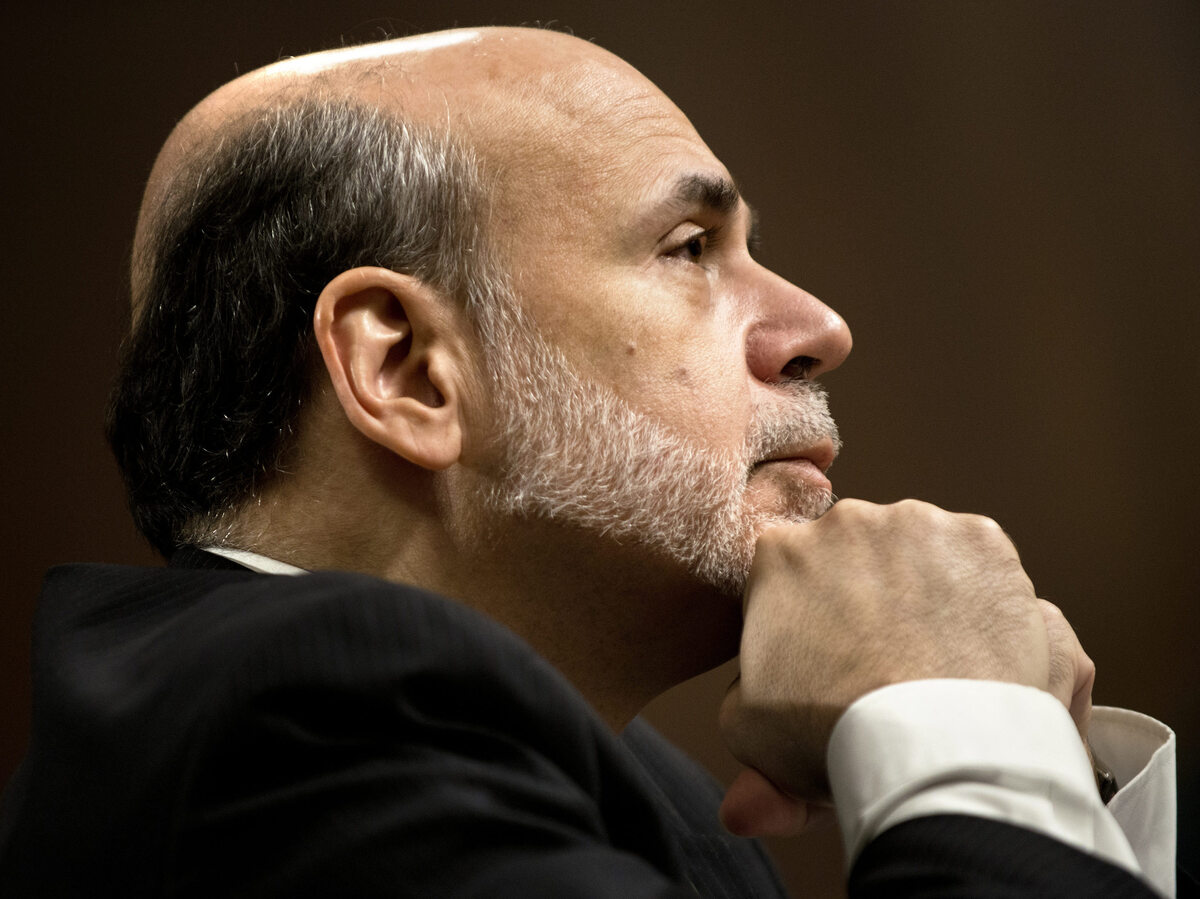 Federal Reserve Chairman Ben S. Bernanke in a hearing of the Joint Economic Committee on Capitol Hill in June.

Federal Reserve policymakers are meeting in Washington, trying to decide whether — and exactly how — to boost the sluggish economy. Many analysts are expecting the Fed to take action, but they're also beginning to question whether another stimulus program will have any effect.

Fed Chairman Ben Bernanke made clear in a speech in Jackson Hole, Wyo., last month that he's not satisfied with the low level of economic growth and the high level of unemployment. He signaled quite clearly that Fed policymakers are considering a couple of actions to try to reduce interest rates further.

One, says former Fed official Karen Dynan, is to say in their post-meeting statement that they're going to keep short-term rates lower, longer.

Currently, the Fed says rates are likely to remain low until the end of 2014.

Dynan, who's now co-director of economic studies at the Brookings Institution, also says Bernanke's speech suggested that another round of bond-buying quantitative easing is in the offing. That action might be focused on Fed purchases of mortgage-backed securities, which could drive mortgage rates down further.

"The logic there is that our housing market remains in very poor shape. It may have turned the corner, but conditions still look pretty bleak," she says. "And by going directly at mortgage-backed securities, they could have a more direct influence on mortgage rates."

A Wall Street Journal survey of nearly 50 economists found that more than half of them think the Fed will announce another round of quantitative easing — and almost as many think it would be a mistake.

Peter Fisher, a senior managing director at the investment firm BlackRock, says he thinks the Fed's efforts to move long-term interest rates lower is in danger of becoming counterproductive.

"I'm worried that pushing down long-term rates too far will lead us into what John Maynard Keynes called a 'liquidity trap,' " he says.

In a liquidity trap, long-term rates become so low that, for instance, retirees aren't compensated adequately for the risks of tying up their money in a long-term bond or CD, so they just save in very short-term instruments, like money market funds.

"The most extreme form of the liquidity trap is where you don't want to have your money in the bank, you want to put it under the mattress," Fisher says.

How To Get The Money Flowing

When people put their money in the figurative mattress, or only save in very short-term instruments, Fisher says their savings aren't available to be lent out for long-term investments, which help the economy grow. Their savings don't circulate as fast as they should in the economy.

"The Dark Ages was a period of very low money velocity," Fisher says. "It was all in the vaults of the castles and the monasteries. It wasn't circulating out there in the economy."

Fisher hastens to add that we're not headed back to the Dark Ages, but he says the Fed's policy may be encouraging the opposite of what it intends.

Part of the Fed's strategy is to force interest rates so low that savers look for higher yields by investing in the stock market, which helps U.S. businesses grow. It's clear that's helping fuel a big stock market rise.

But Fisher says he believes savers are also essentially taking their money out of the economy and hoarding their cash like medieval lords. In fact, he says, measures of money velocity continue to fall, which is unusual this far into a recovery.