Accessibility links
New Shows Hit Average In Fall TV Lineup Critic David Bianculli says of all the new programs premiering this fall, there isn't one you have to add to your weekly viewing list. The best new show, he says, is Emily Owens, M.D., which is just like Ally McBeal if she were a doctor instead of a lawyer — but it's graded on a curve. 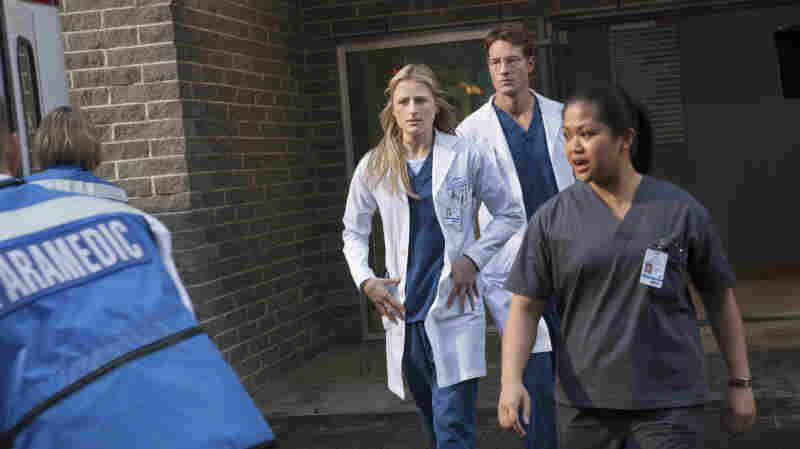 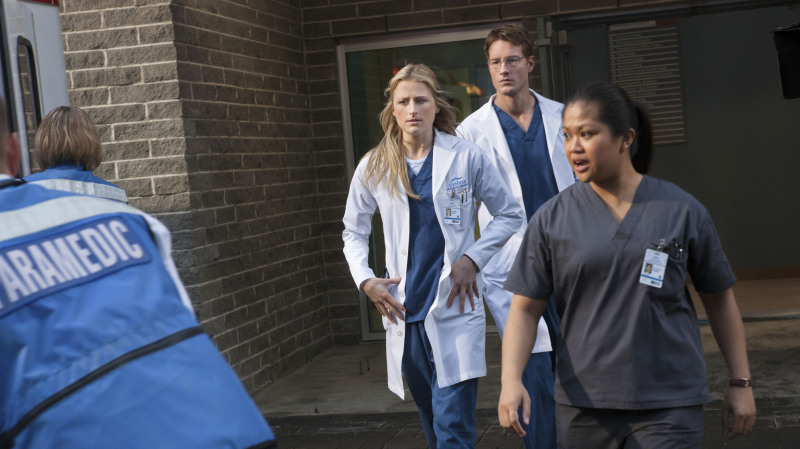 Mamie Gummer stars as the title character in Emily Owens, M.D., the best new show on broadcast television this fall.

Last year, the broadcast networks didn't do well at all when it came to new series development. We got ABC's clever Once Upon a Time, which was about it for the fall crop, until midseason perked things up with NBC's Smash. Otherwise, a year ago, all the exciting new fall series were on cable, thanks to Showtime's brilliant Homeland and FX's audacious American Horror Story.

This fall, there are no new cable shows to steal the spotlight — but the broadcast networks don't seem interested in striving too hard, either. And even when they've reached for the stars, they've put those stars in new shows that waste their talents. Of all the new programs premiering this fall on CBS, NBC, ABC, Fox and the CW, there isn't one you have to add to your weekly viewing list. And while there are more than a handful, which are entertaining enough to sample, there's only one that stands above the rest. 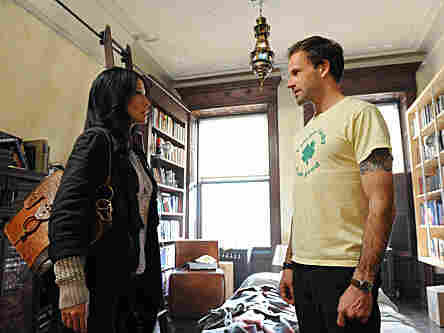 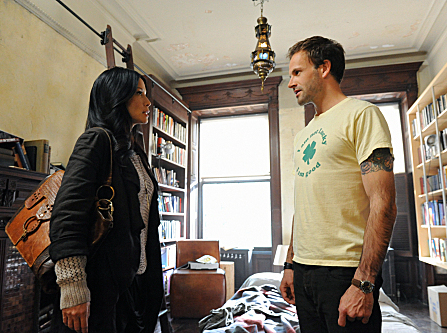 Jonny Lee Miller stars as the latest iteration of Sherlock Holmes, with Lucy Liu as his trusty Dr. Watson, on CBS's Elementary.

For the most part, the best the new TV shows can muster this year is hitting for average — they're good but not great, or shaky but promising. You may have seen one of these already, NBC's new Matthew Perry series, Go On. It's got a good cast, and a solid premise, but it needs sharper writing.

Three of the new dramas worth sampling are based on superhigh concepts, asking viewers for an aggressively willing suspension of disbelief. The first one out of the box: NBC's Revolution on Sept. 17, the newest show from J.J. Abrams. This new show borrows a theme from James Burke's old Connections science series: What if all the power went off, and never came back on? But by the time the pilot episode was over, if my TV's power had gone off, I wouldn't have cared much.

The show 666 Park Avenue, premiering on ABC Sept. 30, leaves you with more of an appetite to see more — but that's only because it has Terry O'Quinn, from Lost, playing a role similar to Al Pacino's in the movie The Devil's Advocate. O'Quinn plays a powerful satanic figure, holding court over a luxury apartment building in New York and manipulating the lives of those around him. It doesn't make much sense, even in its own pretend reality, but it's amusing. And while another ABC drama, Last Resort, can't be called amusing, it is intriguing. This show, which premieres Sept. 27, is about a U.S. nuclear submarine crew that ends up disobeying orders, threatening to attack the mainland, and considering setting up its own government on a remote island — and these are the good guys. All very implausible, but the submarine commander, played by the always commanding Andre Braugher, makes it work — even when he refuses a direct order to launch his missiles, over the objections of some members of his own crew, because his underwater antenna is still picking up regular TV programming from the United States. 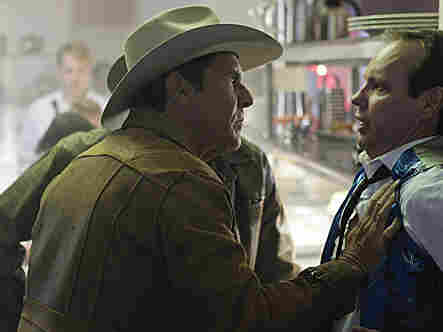 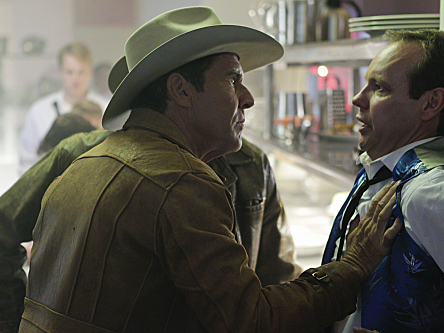 Sheriff Ralph Lamb (Dennis Quaid) questions a casino worker while investigating the murder of a craps dealer on the new CBS drama Vegas.

I'll watch Last Resort, for a few episodes at least, just to watch Braugher. Other actors have me doing the same with a few other shows this fall, even ones with very familiar concepts. CBS's Vegas, premiering Sept. 25, is the standard early-days-of-Las-Vegas drama, but Dennis Quaid, in a role that's a mix of McCloud and Walking Tall, nails it. Another CBS drama, Elementary, is yet another modern variation on Sherlock Holmes. It's not even close to the brilliance of PBS's Sherlock, or even the cleverness of CBS's The Mentalist, but it does have Jonny Lee Miller as Holmes, transplanted to today's New York, with Lucy Liu as a female Dr. Watson. And while NBC's Nashville is nothing but a country-music All About Eve, it does have its moments. With Connie Britton from Friday Night Lights and American Horror Story as the reigning queen of country, and Hayden Panettiere from Heroes as her Auto-Tuned sexy young rival, it has to. Nashville premieres Oct. 10.

Now for the best new show on broadcast TV. But remember: Best, this fall, is graded on a curve. It's a new comedy-drama from the CW, about a brand-new doctor at a tough Denver hospital. It's called Emily Owens, M.D., and it's basically Ally McBeal if she were a doctor instead of a lawyer: same insecurities, same internal monologues, same goofy charm. This time, the lovably vulnerable title character is played by Mamie Gummer, who had an impressive recurring role as Nancy the shrewd young attorney on The Good Wife. Gummer is the daughter of Meryl Streep. As on The Good Wife, she acts so genuinely, and winningly, that she deserves to be judged, and enjoyed, on her own terms.

There's a good bit of Ally McBeal in her portrayal, and a little Streep as well — but there's a lot of Mamie Gummer, and she's a treat to watch.

Emily Owens, M.D. doesn't premiere on the CW until Oct. 16 — by which time, I'm sure, some of the new fall shows already will be history. How can the networks avoid this annual cycle of waste? One way, for starters: Make better shows.