Accessibility links
Inciting Outrage, Film Spurs Delicate U.S. Response The State Department is mourning those killed in the violence in Libya, while trying to calm the storm the anti-Islamic video has caused — add to that, standing by free-speech principles and facing an ever-skeptical audience in the Arab world. 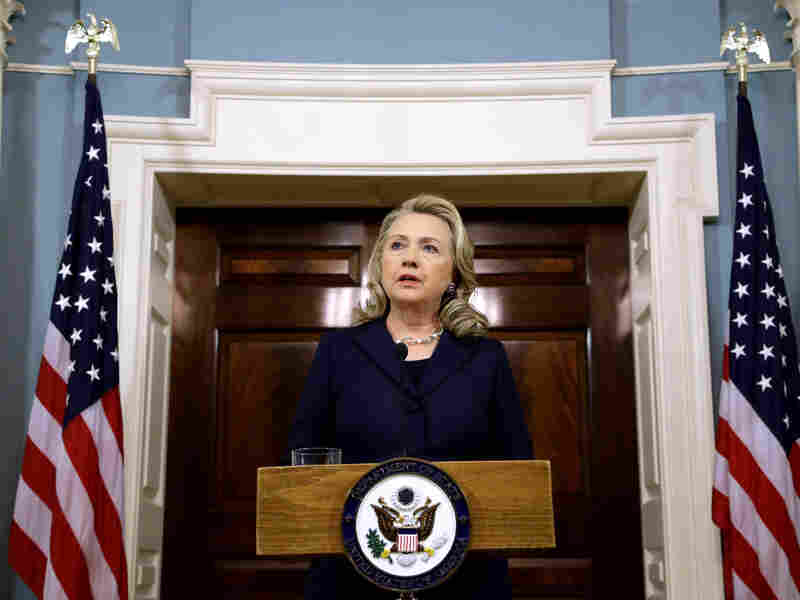 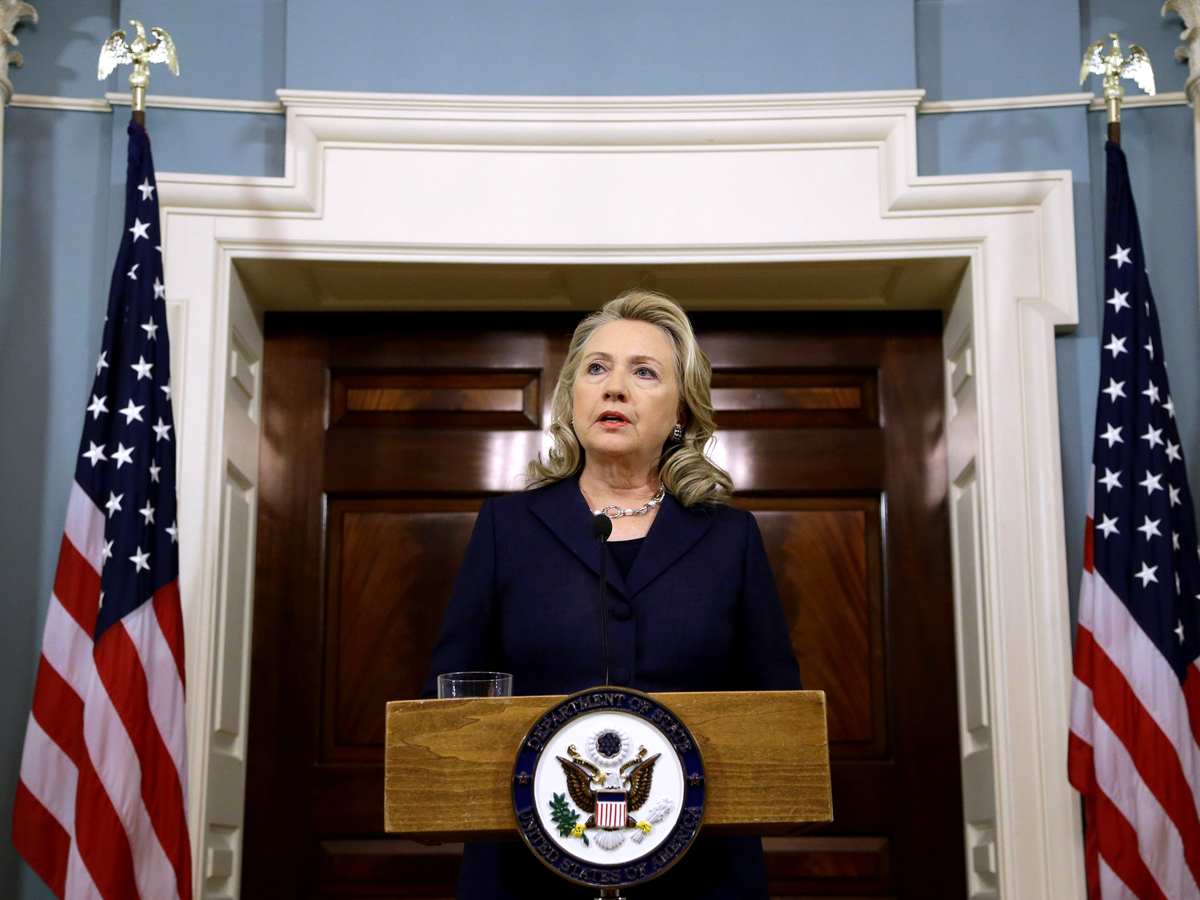 Secretary of State Hillary Rodham Clinton speaks at the State Department in Washington Wednesday, Sept. 12 on the recent deaths of Americans in Libya.

As U.S. embassies and consulates face protests in the Muslim world over an anti-Islamic film, Secretary of State Hillary Clinton is walking a fine line. She is distancing herself and the State Department from the video that has sparked anger among Muslims, but stressed the US commitment to free speech.

"To us, to me personally, this video is disgusting and reprehensible," she said Thursday in Washington, D.C. "It appears to have a deeply cynical purpose: to denigrate a great religion and to provoke rage."

But, she said, nothing justifies the kind of violence U.S. diplomats have faced.

Speaking alongside her counterpart from Morocco, she tried to give the Arab world a bit of a civics lesson.

"We do not stop individual citizens from expressing their views, no matter how distasteful they may be," she said.

Morocco's Foreign Minister Saad-Eddine al-Othmani used his brief speech at the State Department to denounce the video and the violent attack on the U.S. Consulate in Benghazi, Libya, where four Americans died this week, including the ambassador.

"We condemn this act of violence, and we share the sorrow of their families and the American people," he said.

But the State Department doesn't sound very confident that its messages are getting out across the Middle East.

When a Twitter account linked to the Muslim Brotherhood in Egypt expressed relief that no embassy staff were harmed in protests there, the embassy tweeted back: "Thanks. By the way, have you checked out your own Arabic feeds? I hope you know we read those too."

The embassy was suggesting the Islamists were sending mixed signals, but gave no examples.

"That tweet was a huge victory for the U.S. Embassy," says Dalia Mogahed, executive director of the Gallup Center for Muslim Studies. "It was retweeted and praised widely and frequently throughout the day."

She says there have been plenty of comments on Twitter by Egyptians who understand the U.S. government position, but also many who argue that there should be laws criminalizing the defamation of religion.

"These two groups don't fall neatly into Islamist or secular camps. They really are a mixed bag in both cases," says Mogahed, author of the book Who Speaks for Islam? What a Billion Muslims Really Think.

There are other challenges for the State Department as it tries to get its messages out. Mogahed has found with her research for the Gallup Center for Muslim Studies that the U.S. image in Egypt is getting worse.

"Directly after the revolution, there was a slight improvement in how people perceived American support for Egyptian democracy," she says, "and as the transition hobbled along, those views worsened and worsened. And so the U.S. is speaking through a filter of both anger and a great deal of skepticism."

The State Department seemed pleased with comments by Egyptian President Mohammed Morsi, who vowed not to allow attacks on embassies in Cairo. But the U.S. has been frustrated with his response to the protests there. President Obama even told the Spanish-language network Telemundo that Egypt is neither an enemy nor an ally.